This is not something to be outraged about, even if you’re like me and find great distress in the Regressive Left. After all, the people who designed these traffic signals mean well (but don’t they always?): they’re trying to make gay couples seem welcome. I suspect, though, that gay couples don’t face much opprobrium in Australia, and, at any rate, they celebrate gay male couples rather than lesbian couples (stick figures are clearly “men”, as you see below). At any rate, click on the headline below to go to the Australian Broadcasting Corporation’s report:

Eight new lights have been set up in the inner-north suburb of Braddon featuring both male and female same-sex couples.

The lights function like any standard pedestrian crossing signal.

But they have marked an important crossroad in Australia’s history, coinciding with the first anniversary of the same-sex marriage postal survey results.

Here is one of the eight new lights, erected at a total cost of $5,500 (I assume that’s Aussie dollars). Note the cute little heart. (Blind gay people, however, won’t get the advantage of this signal, so it may be ableist.)

But wait! There are more signs to come:

The installation costs amounted to $5,500 with a considerable proportion involving setup costs.

It’s estimated future projects will cost less and feature other diverse silhouettes at significant places around the city centre.

See below (and here)!

More than a year ago, female traffic light signals appeared in Melbourne’s CBD as part of a gender-equality push.

But the same-sex couple lights are believed to be an Australian first, although similar lights have been set up in Europe.

Here’s the female light, clearly indicated by the presence of a skirt:

Can we expect a hijab-wearing woman next? Or someone with a cane: the universal but invidious sign of “seniors”? Don’t be so sure it won’t happen.  At any rate, when I saw the above I wondered, “How many Aussie women really wear skirts? Wouldn’t a generic stick figure stand for both men and women? And so I did a Google search of Canberra crowds, and turned up this picture:

I think the generic Aussie sign should be wearing shorts (and perhaps carrying a tube of Foster’s). 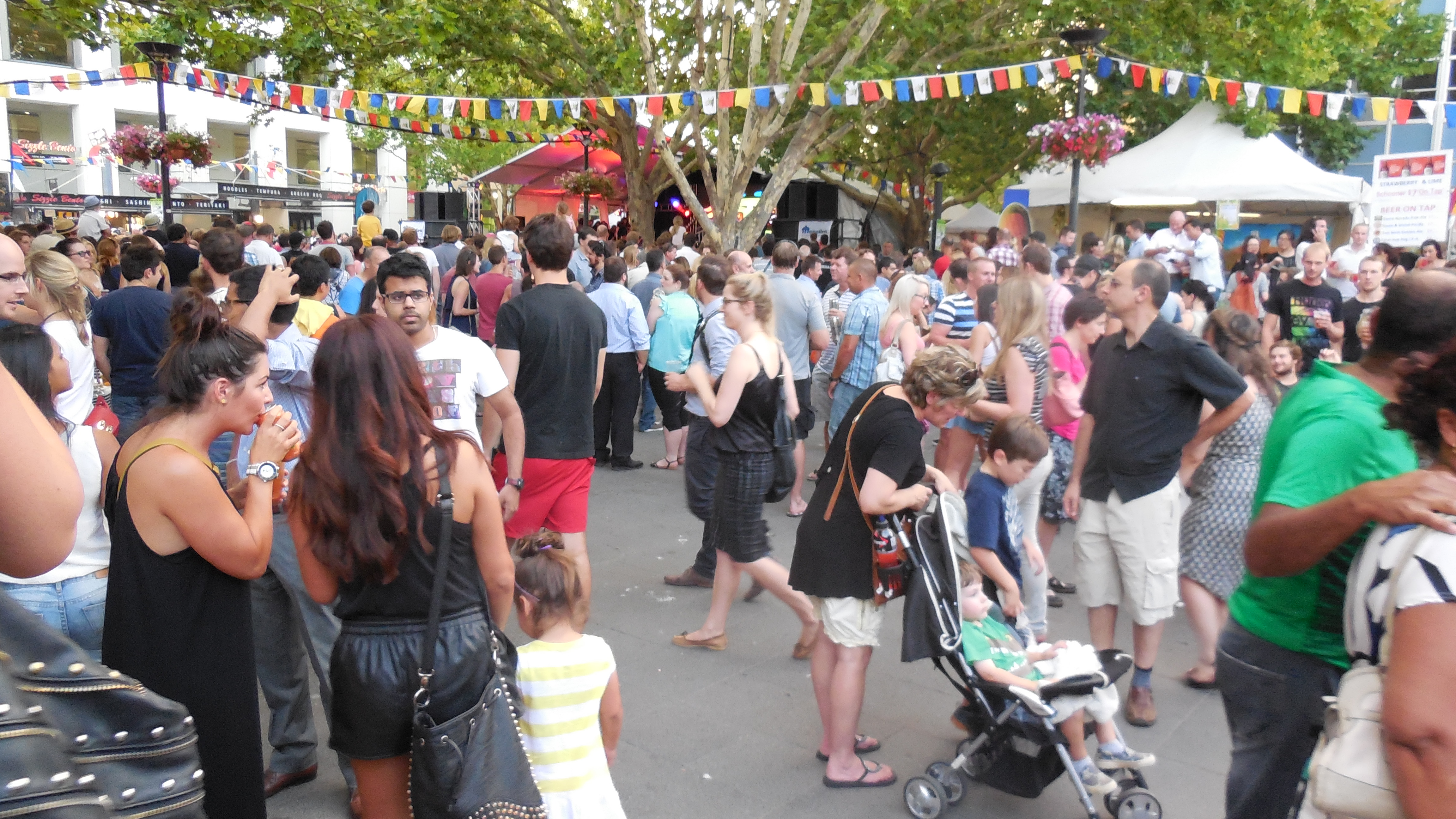