Every night I wake up in the wee hours for a short while before going back to sleep. If I’ve had a dream before that 2 a.m. awakening, I’ll often remember it vividly, but I always forget the details when I wake up for good in the morning. I usually try to impress the details of such dreams on my brain, but it doesn’t work: unless I have a dream right before I wake up for good, I forget it.

Last night I had another vivid dream, but was up for a while after having it, and while awake I tried hard to remember the details. Mirabile dictu, when I woke up this morning I did remember them! Here’s how it went (note: I have a cancer-phobia).

I was standing at one end of a long, low brick hospital, and at the other end were three guys who were yelling at me. I have no idea what the altercation was about, but I proceeded to give them the finger, whereupon they started running toward me. I was also carrying a big bag of chocolates, and I didn’t want to get beaten up or have these angry men steal my chocolates.

I ran into the hospital looking for a place to hide. It was nearly empty, and I made my way into a suite full of fancy-looking white machines. Somehow I realized that these machines were used to treat cancer. Nobody else was in the suite.

I continued running through the hospital looking for safety, and wound up in the fancy office of a hospital official: a kindly woman who said she’d give me refuge. But, she said, to do that I’d have to go with her as she dealt with three patients, all children, and one of whom had cancer.

I went into the room with the woman, and shortly thereafter the childrens’ mother came in with her offspring. They were all mutants, looking like human tadpoles, and one of them resembling the Creature from the Black Lagoon: 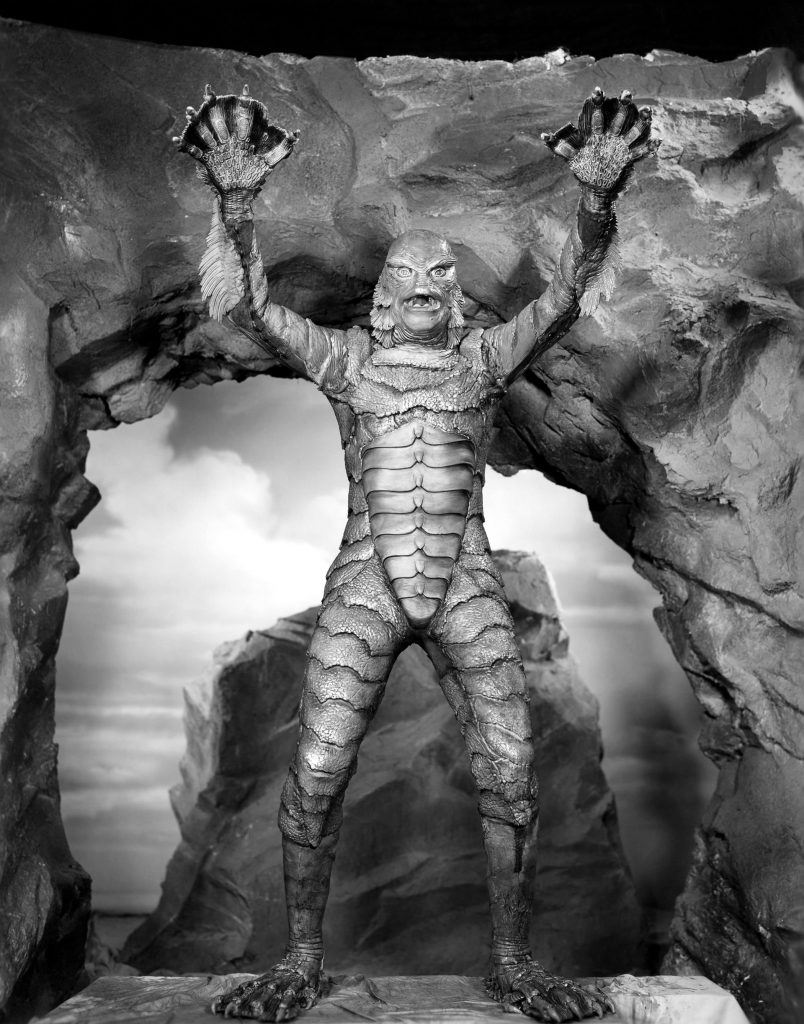 Then CEO of the hospital came in, and the woman explained to him that the “black lagoon” child had cancer of the head, and proceeded to demonstrate how, when she pressed on the child’s head, it created an indentation that remained indented. That, she said, was a sign that the cancer was serious.

I then woke up.

I have no idea what this dream means, if dreams mean anything. I recount it simply because it’s bizarre, and it’s one of the few dreams I remember.

If you have a recurrent dream, or have had a weird one recently, do put it in the comments below.