Mark Sturtevant sent in some photos in response to my plea for wildlife pictures, but I’d lost this earlier contribution of his. Mark’s notes are indented.

I have many favorite area parks to take the camera, but nothing is like the Magic Field, which seems to effortlessly harbor numerous species of arthropods that I just don’t see anywhere else.

The first two pictures show an example, which is a  large ‘bird’ grasshopper (genus Schistocerca). When taking flight they can fly especially long distances, and no wonder since this is one of the genera of grasshoppers that include swarming locusts. I personally think the one here is S. rubiginosa, which of course is not a swarming species. Actual locust swarms have not been recorded in the U.S. for many decades, as summarized here.

In any case, these grasshoppers are normally very alert and they are hard to approach, but this one was chilled by a summer afternoon. rain. The ground is also interesting here, as you can see the mosses and fruiting bodies of lichens which cover the ground in the Magic Field. 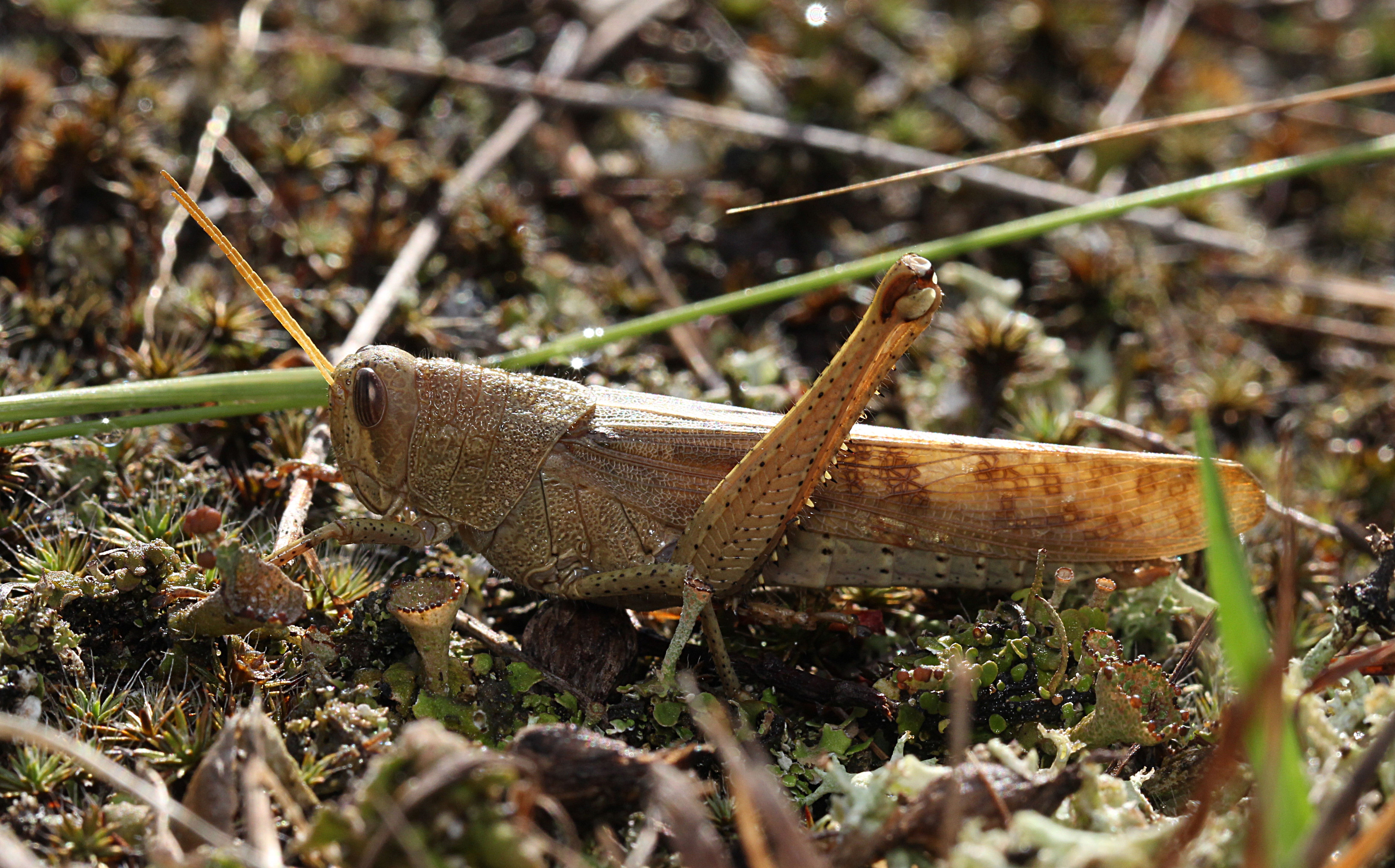 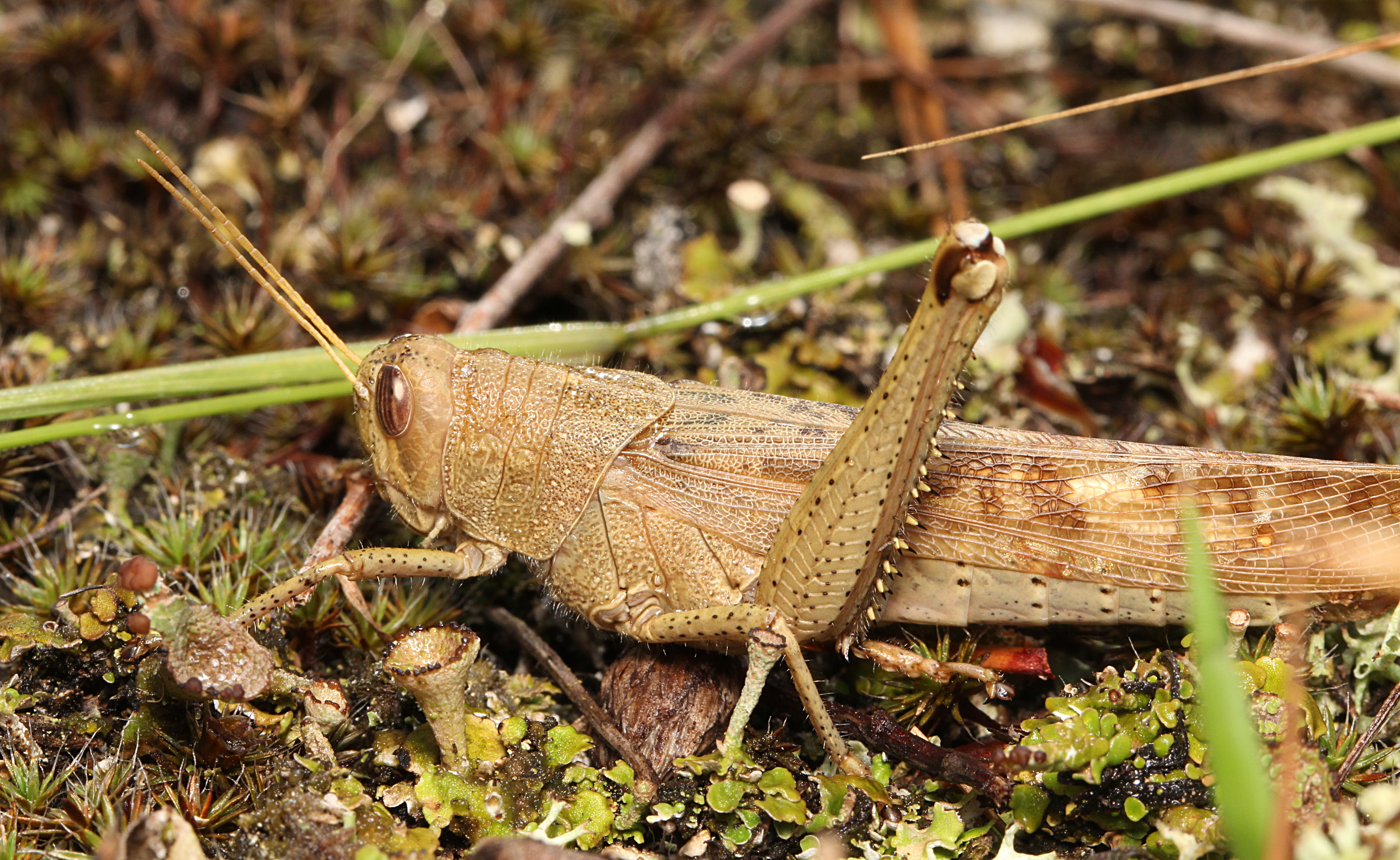 Next is black-and-yellow argiope garden spider (Argiope aurantia). I grew up with these lovely spiders, but I had not seen them where I now live until recently. Finding them was like meeting a long lost friend. As I kid, I would collect several of these spiders and let them spin webs in my bedroom. I am not allowed to do that now…. 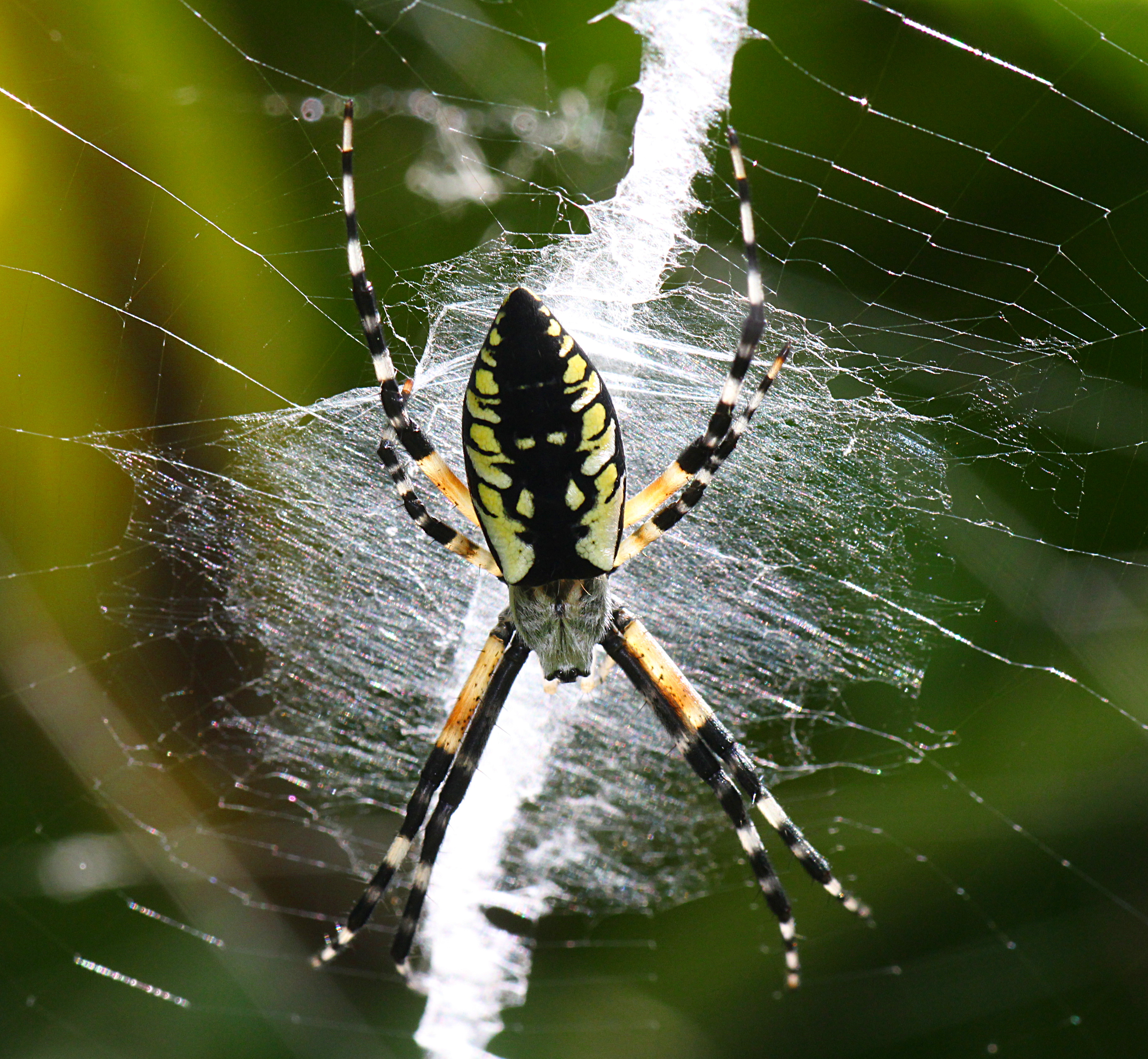 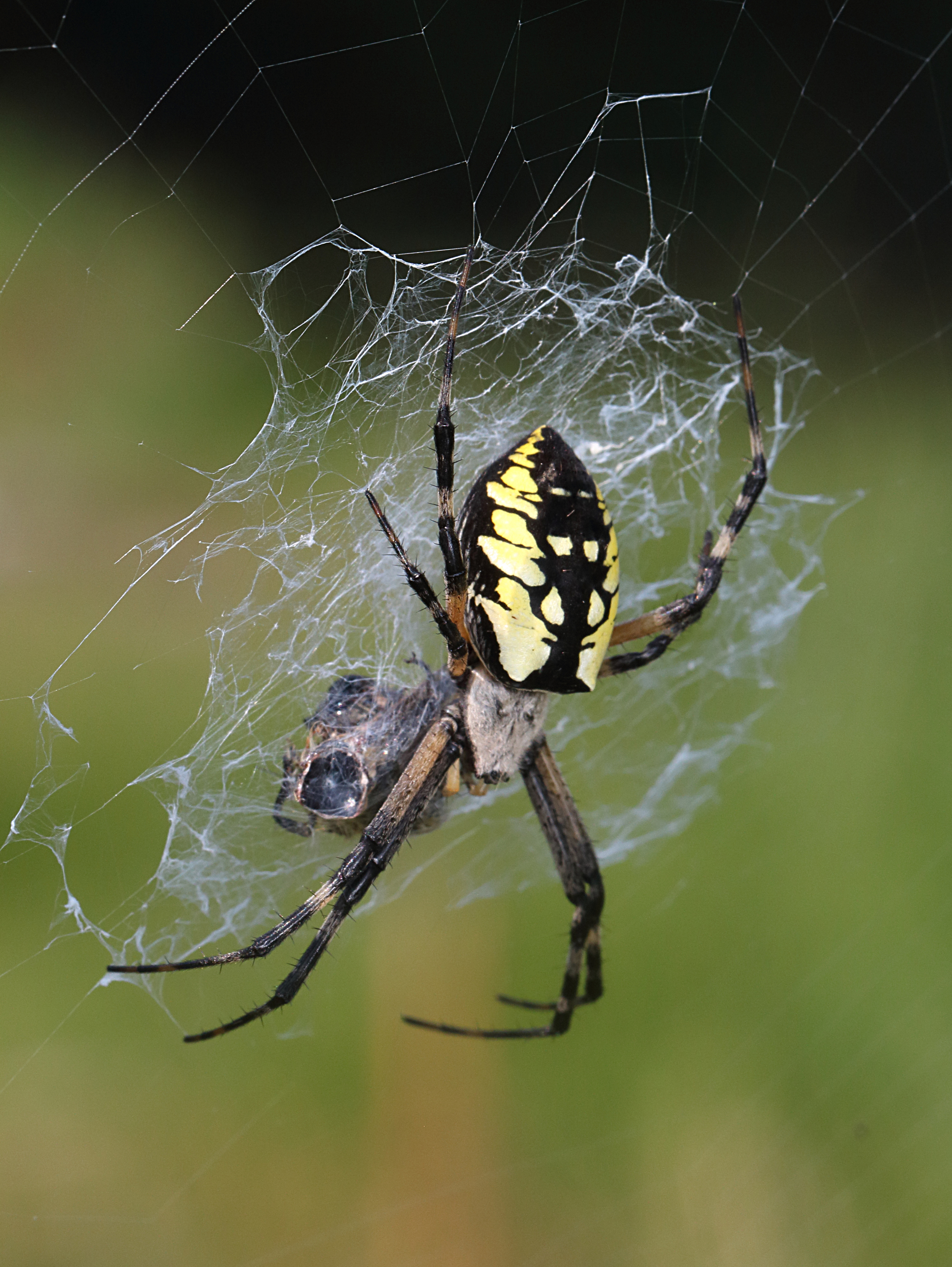 The next picture is a species of banded argiope (Argiope trifasciata). These are smaller but more common than the black-and-yellow species. This particular one was missing a leg, but I managed to ‘correct’ it with the magic of post-processing. 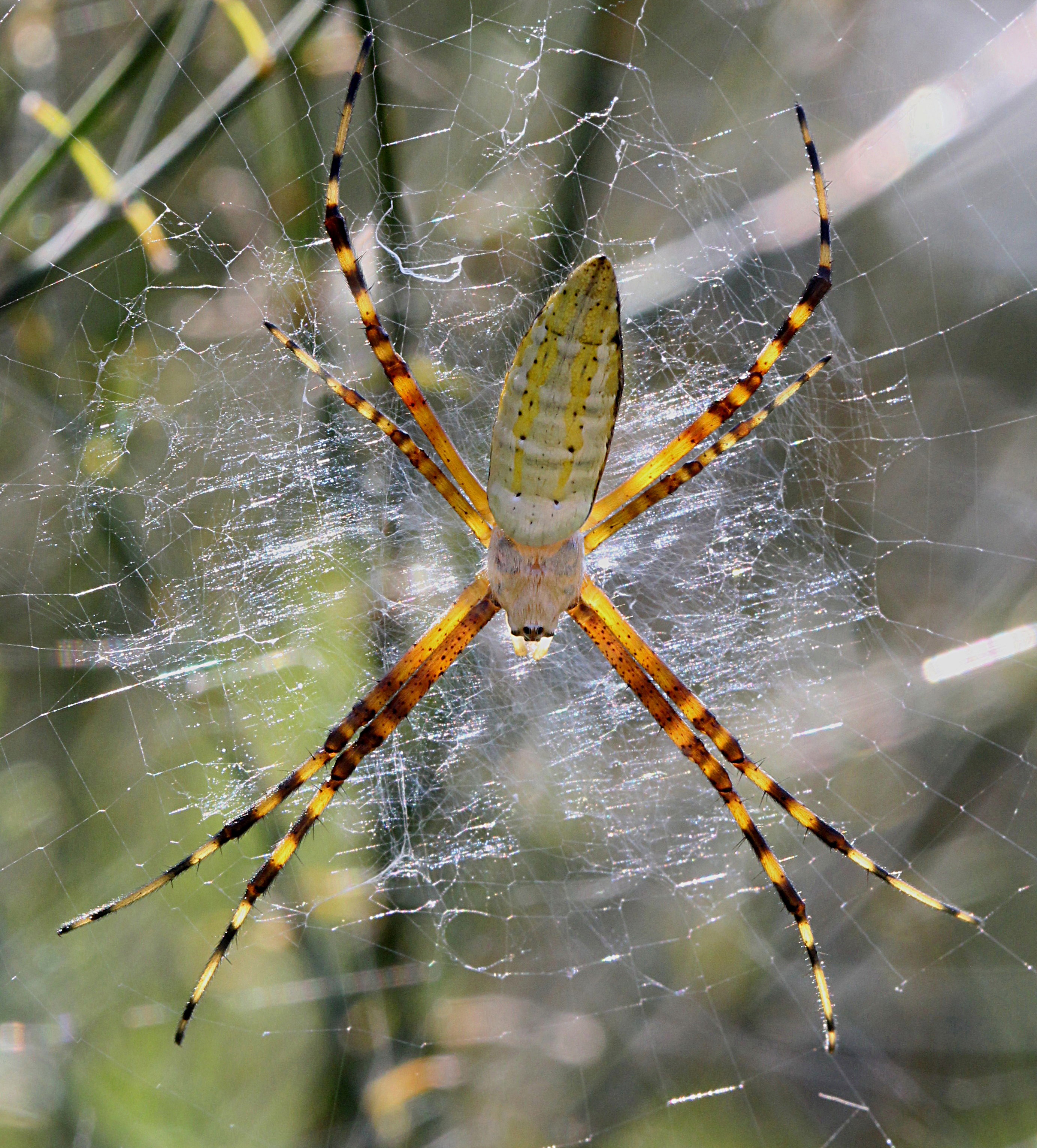 On milkweeds, one can often find the tussock caterpillars (Euchaetes egle) shown in the next two pictures. They really do resemble small mop dogs, don’t they? Mature larvae are usually off by themselves, like the first picture, but younger ones are often in small aggregations like the second picture. The adult moths of these insects are a kind of tiger moth. 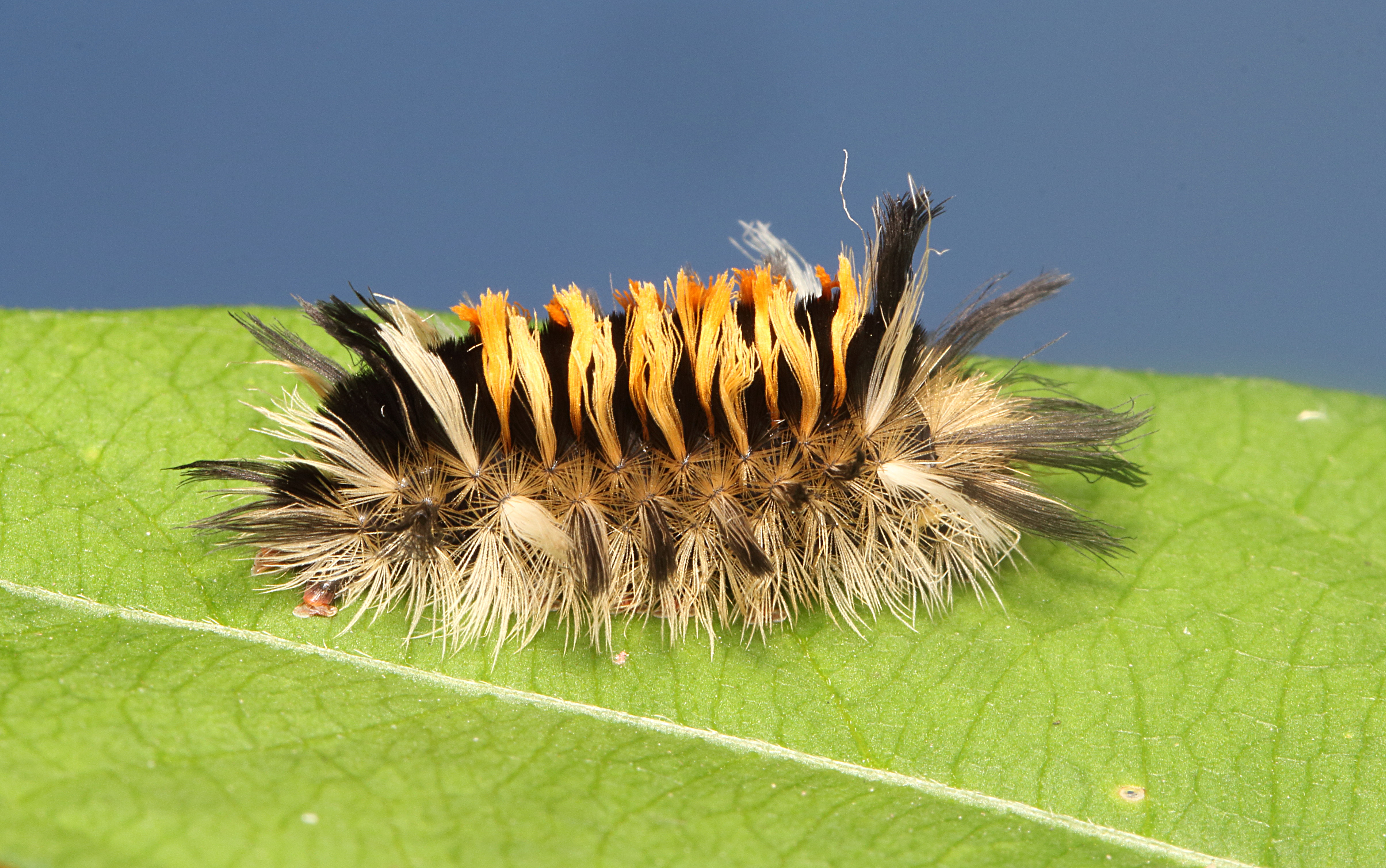 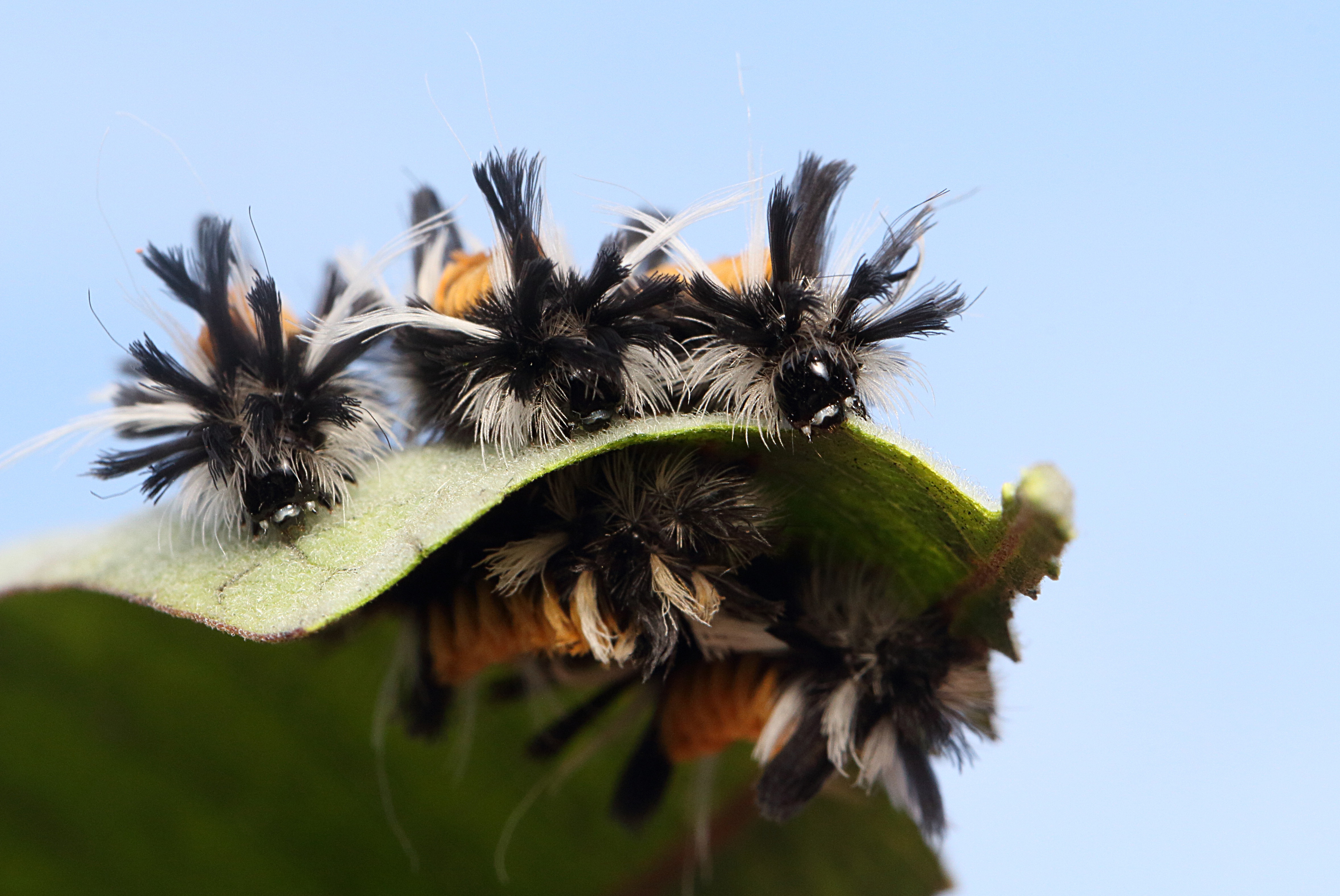 The rest are pictures of twelve-spotted skimmer dragonflies (Libellula pulchella). Both of these are males. Young males, like the one shown in the first picture, are especially common far from water. Mature males develop additional white spots, as shown in the last picture. These are often seen next to water where they take to defending a territory that is attractive to females of their species. 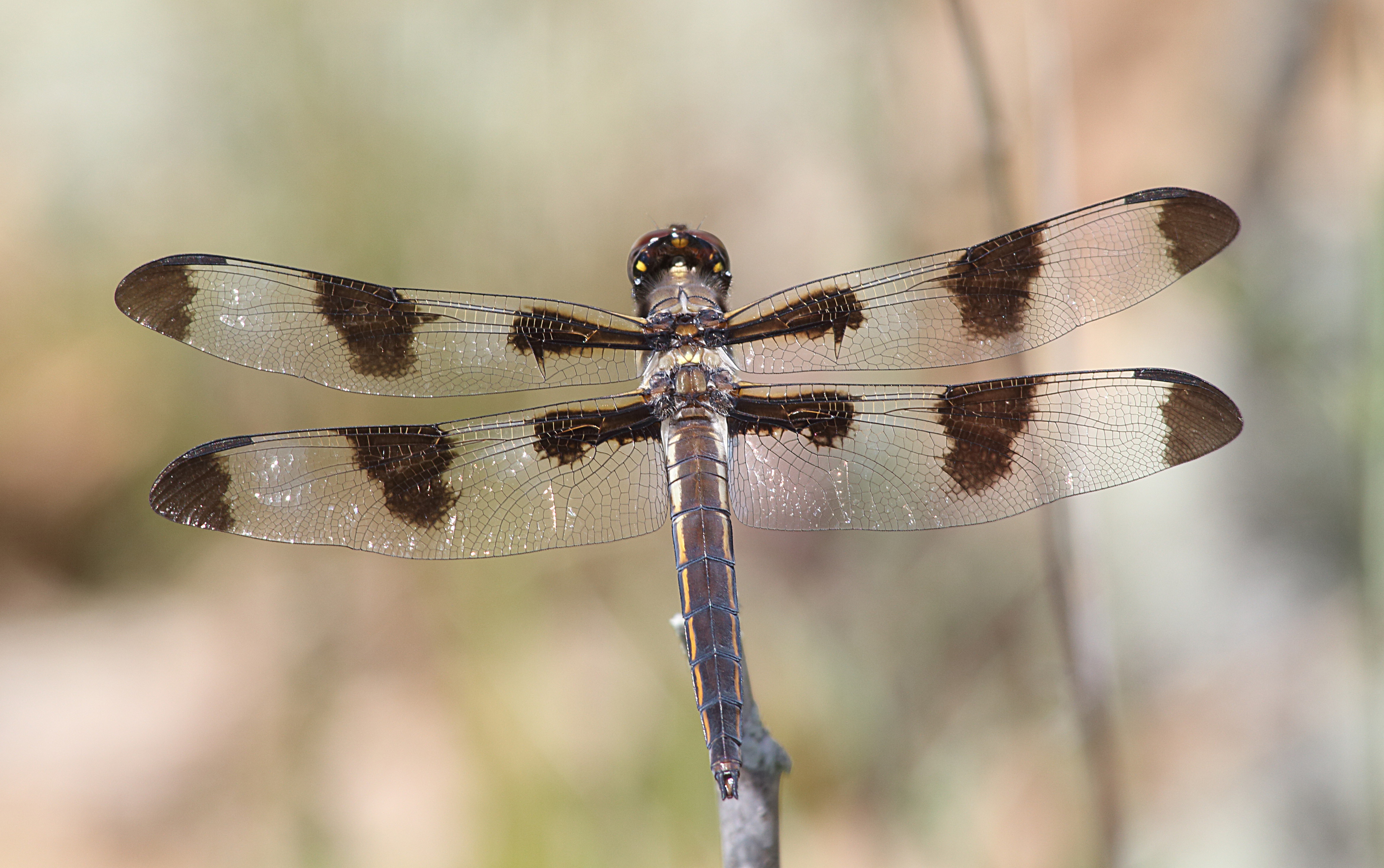 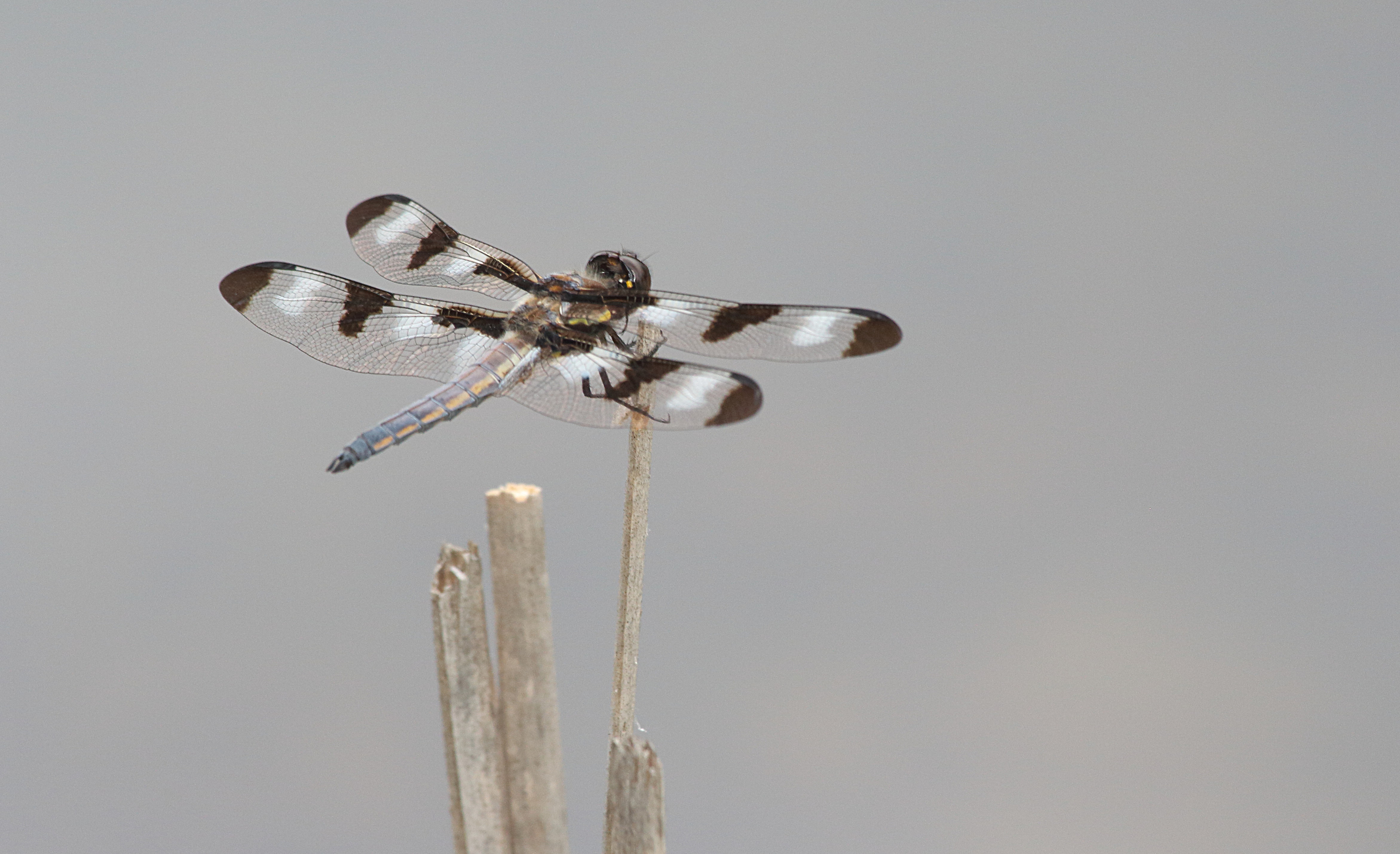