It’s Ceiling Cat’s Day: Sunday, August 29, 2018, and National Chop Suey Day. The best that can be said of that noodle-y glop is that it can’t be deemed cultural appropriation, as it’s an American invention. It’s also the International Day Against Nuclear Tests.

In other news, my co-duck farmer Anna has returned from her vacation, and remarked on how grown up the ducks are, adding that they are “so beautiful.” She didn’t lose any time going to the pond, and in the photo below she poses with the brood. I’m glad she returned to see them all before they take off, though I’m not yet convinced that, having found the Giant Vending Machine on Campus, they’ll ever leave! 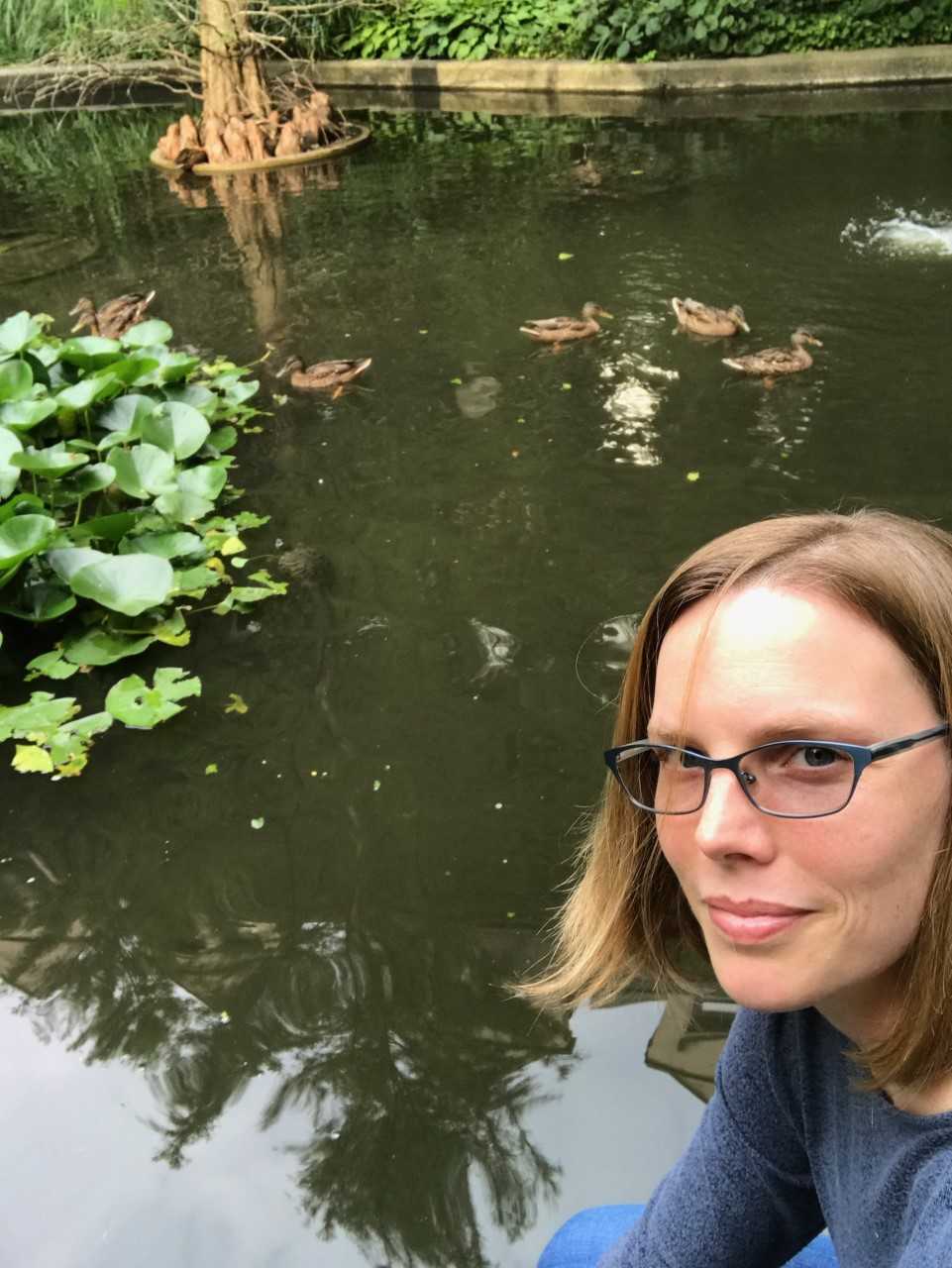 Today’s Google Doodle celebrates the birthday of María Rebecca Latigo de Hernández, born on this day in 1896 (died 1986), a Mexican-American rights activist. Devdiscourse describes some of her activities:

In 1929, Along with her husband Pedro, she founded “The Orden Caballeros de América” (The Order of Knights of America), an organization dedicated to civic and political activities to benefit Mexican living in America and Mexican immigrants in educational matters.

Maria published her essay “México y Los Cuatro Poderes Que Dirigén al Pueblo,” in 1945. In her essay, she stated that the domestic sphere was the foundation of the society and mothers were the authority figures who shaped nations.

Maria was also a talented orator, and she became San Antonio’s first Mexican American female radio announcer and spent much of the rest of her life speaking up against injustice and inequality across both the Mexican and African American communities.

On this day in 1756, Frederick the Great started the Seven Years’ War by attacking Saxony. On July  29, 1885, Gottlieb Daimler patented the first gasoline-powered internal combustion engine, the Reitwagen, which was on a vehicle recognized as the world’s first motorcycle. Here’s a reproduction: 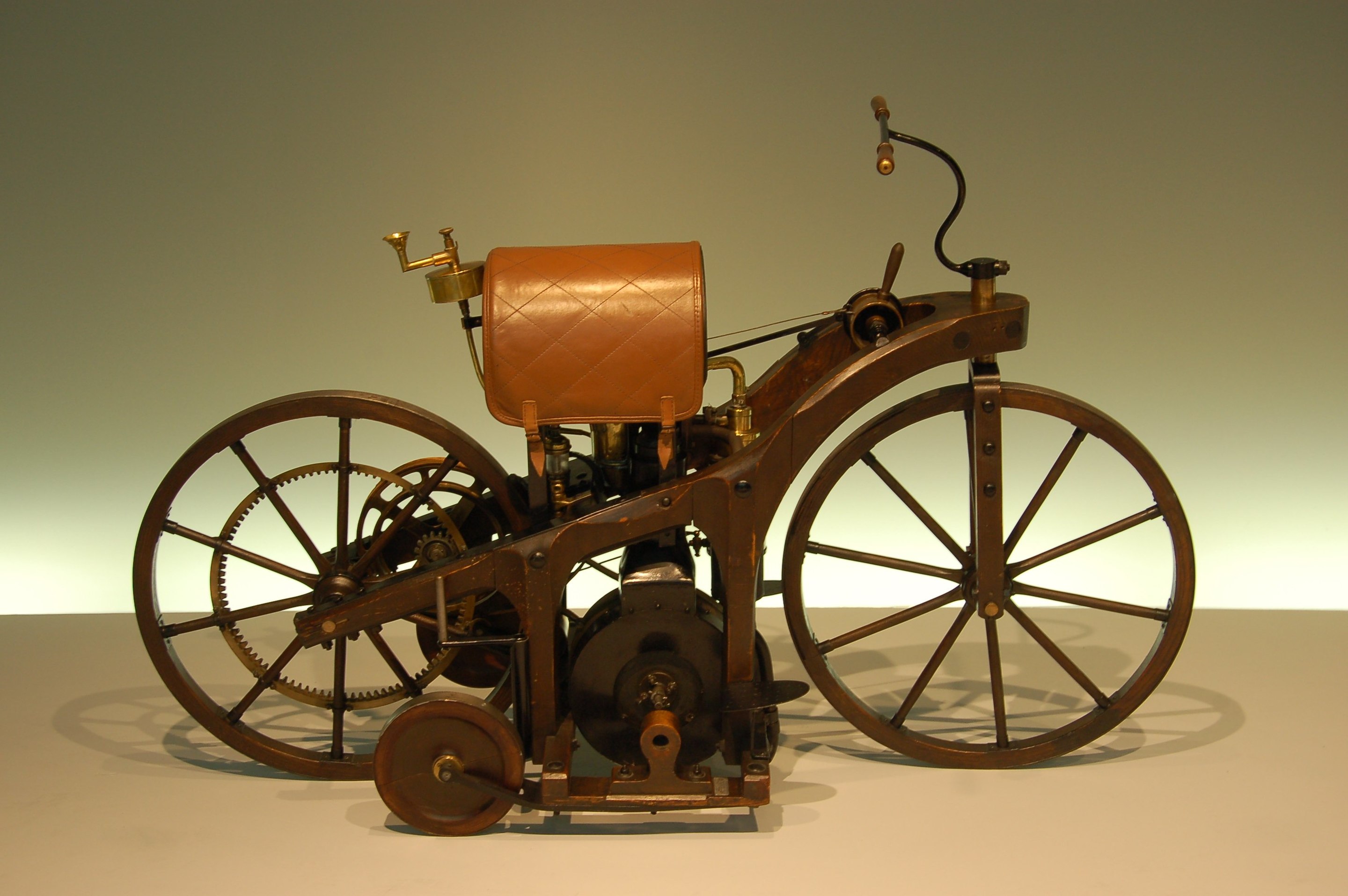 On this day in 1911, the native American Ishi, considered the last Native American to contact the white population, wandered out of the wilderness in Northern California, starved and ill. He had spent three years in the wild alone after his tribe was destroyed and then his small band of nomads disappeared (many of you may have read the eponymous book about him in college anthropology classes. Ishi was installed in a room in San Francisco by UC Berkeley, and, not having been exposed to many diseases, was repeatedly ill. He died of tuberculosis in 1916, with his last words reportedly being “You stay. I go.” If you have an hour to spare, here’s a nice documentary on Ishi:

On this day in 1966 there were two events: The Beatles performed their last concert before a paying crowd, playing at Candlestick Park in San Francisco, and the Islamist thinker Sayyid Qutb was executed for plotting the assassination of President Gamal Abdel Nasser of Egypt. Many trace the beginning of modern militant Islamism to Qutb’s writings.  Finally, on July 29, 1997, Netflix began service as an internet DVD rental organization.

Meanwhile in Dobrzyn, Hili is pondering. . . 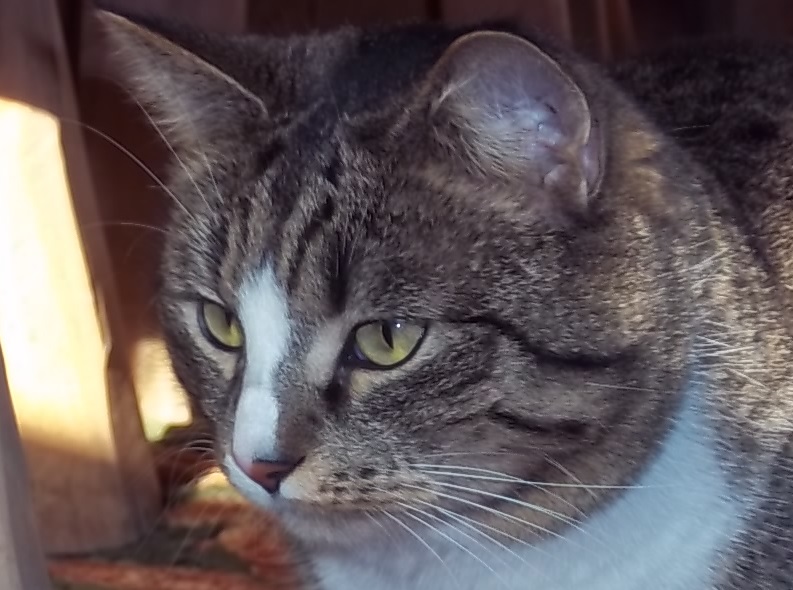 Some tweets from Grania. First, an aqueous deer crossing:

A grammar-correction program screws up badly:

What the fuck @Grammarly pic.twitter.com/9hbbJnV3nh

Dog has puppies; cat moves into doghouse and has kittens:

This mama dog was keeping her puppies warm inside a doghouse when someone else decided to join her 💞 pic.twitter.com/Wlryxa4PKo

Tweets from Heather Hastie. For the first one, Heather points out that “this is not how a cat would react.”

Somebody find out the story behind this!

A cat completely immobilizes a person (on purpose, I bet). This is probably what happened when Muezza, falling asleep on Mohammad, forced him to cut off his sleeve before attending prayer:

Tweets from Matthew. The first one involves employees of London’s Natural History Museum telling natural history jokes. Oy, are they groaners! Be sure to watch, though: I like the one about how mammoths take their hot dogs.

By all means put your favorite natural history joke below. Here’s mine:

Q: What do you call bears that have no ears?
A:  B

Go on, tell us your best natural history joke! pic.twitter.com/VuZ5WimNjk

A peacock spider once again demonstrates the marvels of sexual selection:

The exuberance of youth. pic.twitter.com/Bsjv536vnM

The third one is the best.

An imagined view from the Moon of Friday night’s lunar eclipse:

What last night's lunar eclipse looked like if you were standing on the Moon.
(painting by Lucien Rudaux)https://t.co/TOxBTBaFgE pic.twitter.com/EzQG3wUldS

Brilliant indeed; this is so realistic!