It’s Friday, July 27, 2018: National Scotch Day. Have a wee dram of a single malt, and make mine Springbank! In Finland it’s a curious holiday: National Sleepy Head Day, when, according to Wikipedia, stuff like this takes place:

In the city of Naantali, a Finnish celebrity is chosen every year to be thrown in the sea from the city’s port at 7 a.m. The identity of the sleeper is kept secret until the event. People who are chosen have usually done something to the benefit of the city. Every city mayor has thus far been thrown to the sea at least once, but other sleepers have included the president Tarja Halonen’s husband, Dr Pentti Arajärvi, the CEO of Neste Oil Risto Rinne, along with many writers, artists and politicians. The celebrations continue into the evening in Naantali and include activities for people of every age.

I have arrived at work with no idea what I’ll write about today, so don’t be surprised if you get either persiflage or nothing.

Today’s Google Doodle celebrates the life of humanitarian and chess champion Lyudmila Rudenko, born on this day in 1904 (died in 1986). As Newsweek notes, she was not only the Women’s World Chess Champion between 1950 and 1953, but organized the rescue of children during the German siege of Leningrad during World War II:

Dog bites man news: the Trumpism of the day:

Trump, complaining about the trade deficit (which he exaggerates for the 23rd time), says, "In other words, if we didn't trade, we'd save a hell of a lot of money." (Cue economists' heads imploding.)

On this day in 1299 (according to Edward Gibbon via Wikipedia), “Osman I invades the territory of Nicomedia for the first time, usually considered to be the founding day of the Ottoman state.” On July 27, 1794, Robespierre was arrested after himself decreeing the execution of over 17,000 “enemies” of the French Revolution. He lost his head like many of his victims. On this day in 1866, the first transatlantic cable, between Valentia Island, Ireland, and Heart’s Content, Newfoundland, finished being installed. On July 27, 1890, Vincent Van Gogh shot himself in the chest, dying thirty hours later of an infection that could have been cured had there been antibiotics. On this day in 1921, researcher Frederick Banting and his team at the University of Toronto showed that insulin regulated blood sugar. This was, of course, to lead to insulin-injection treatment of diabetes and his Nobel Prize (shared with John Macleod) in 1923.  On July 27, 1953, the hostilities ended in the Korean War when the U.S., China, and North Korea (but not South Korea) signed an armistice. But technically the war still isn’t over.  Finally, on this day in 1974, the U.S. House Judiciary Committee voted 27 to 11 to recommend that President Richard Nixon be impeached for obstruction of justice.

Cyrus: Am I pressing on your paw?
Hili: A bit but suffering ennobles. 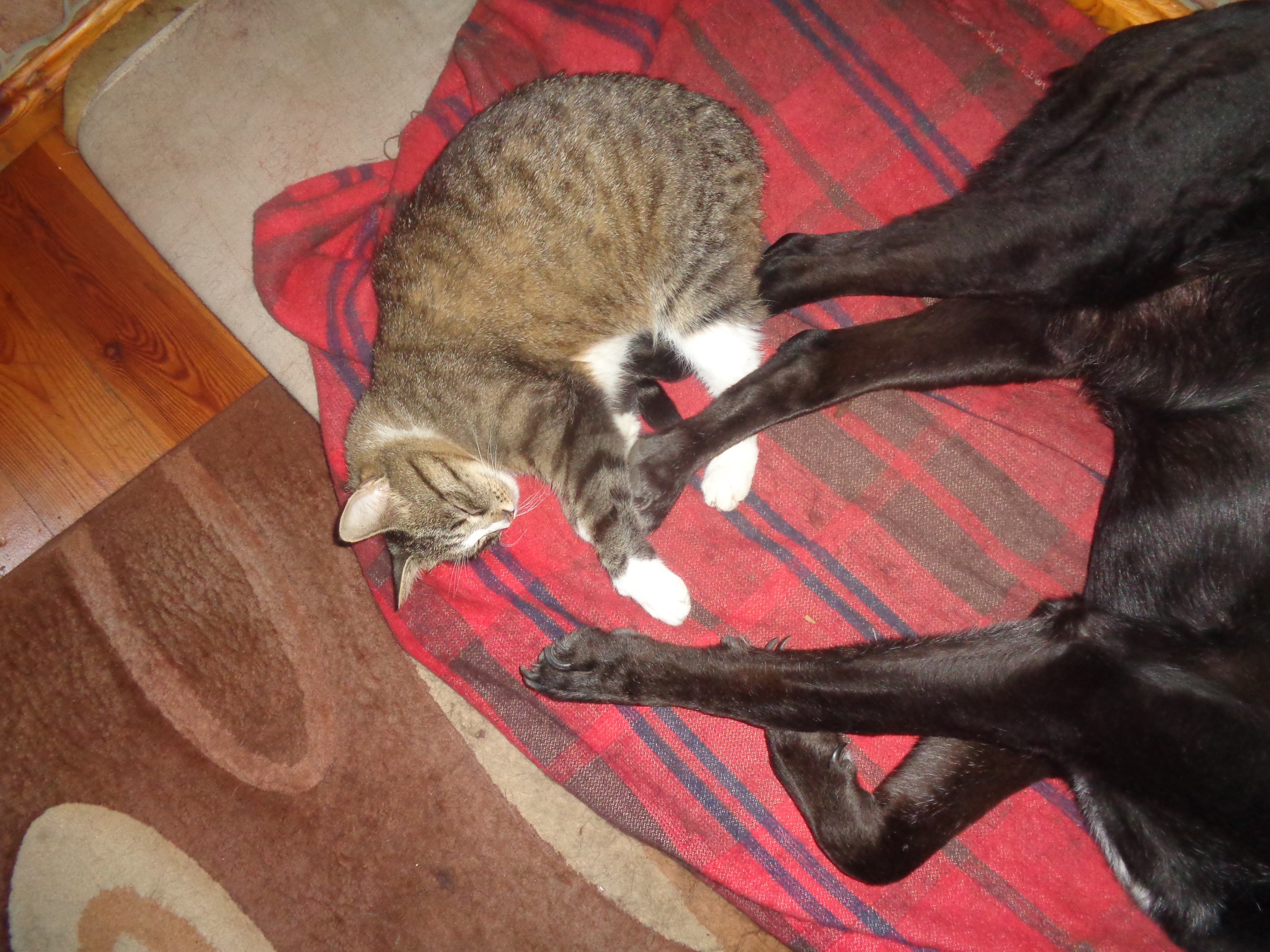 Tweets from Grania, who says she spots “several Hollywood knuckleheads in the audience”: people paying good money to see the silent charlatan Braco. Can you spot any stars? (I couldn’t.)

This is a good one!

The main causes of death in Country & Western songs pic.twitter.com/REi9ZB0A7H

I think this tweet is jocular, because what Shermer said certainly does NOT refute determinism! All it shows it that some people don’t accept it.

Celebrated compatibilists like @danieldennett and @microphilosophy have failed to convince me, but from my hard-determinist perspective, I had no answer at all to the thought experiment proposed by @michaelshermer! 🙂

Re the water discovered under the Martian polar ice cap, which I mentioned the other day (that water is salty!)

Forgive me
I have drunk
the water
that was on Mars

and which
you were probably
saving for
something

How did this man get to be our President? Never mind, I’ve heard the theories. . . .

I know no one cares but this is illegal. https://t.co/djQIpN5fpW

A rare (and hopefully left-alone) whale:

Good, now leave it alone and never record it again, don’t touch it, don’t go near it, don’t talk about it, don’t even think about it. https://t.co/FDIupzDou8

I haven’t been to this bookstore; has anyone?

Waterstone's at Bradford Wool Exchange, is named in the top 15 bookstores in the World. @visitBradford @bradfordmdc @WaterstonesBD1https://t.co/xm9xLZGJmt

And a cat who’s particular about which part of the body is used to pet it: