Darwin can be found atop the bookcase which is to the right of the bat poster, and to the left of the ‘curved’ bookcase. On the top row of the ‘curved’ bookcase, 27 books in, is Jerry’s Speciation, followed by two copies of Why Evolution Is True (the copy with the orange spine is the paperback edition). The hard one to find was Faith vs. Fact, since it is in a different section (“History and Philosophy of Science”; Jerry’s other books are in the “Evolution” section), and because the photo is a bit out of focus at the point where it is. It’s the fifth book from the right in the second row of books on the shelf at the left of the photo. 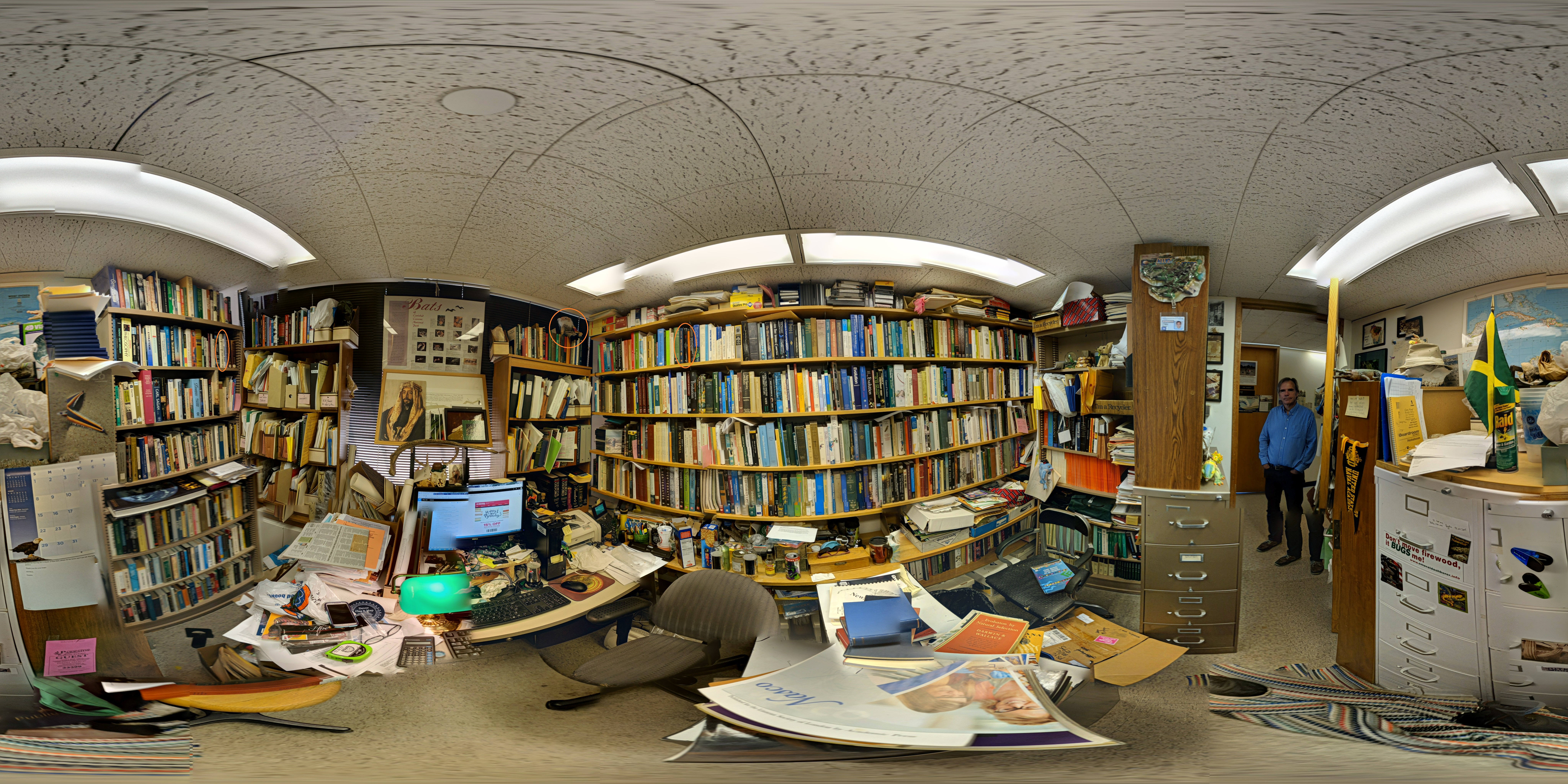 From door to window ledge, the office is 11 ft. The window ledge, which contains the heating/cooling system for the room, adds another 15 in. (The cooling system, by the way, has been pumping air at 9 C into my office all week, so that I’ve had to have a space heater on!) The width of the room is 9.5 ft. So, Michael Fisher, who calculated the room to be 10 ft X 9.5 ft, earns dimensional bragging rights!

And, to respond efficiently to a number of queries raised in the comments on the OP: The picture is indeed a copy of the Augustus John original of Feisal; both Jerry and I are fans of SPW. I do have the latest edition of Quattro Pro, and do use it; the visible box, of course, is for a much older edition– I guess I should recycle the box (I don’t think the floppy disks are recyclable). I do have thousands of Kodak slides. If anyone can recommend a good scanning solution (hardware/software/outsource), please let me know. I do not have Searching for Pekpek, but it looks interesting. There are a bit more than 1100 books in my office. The rib is fossil/subfossil, and I think it is probably of a bison.