Well, here we are at Monday again: July 23, 2018, and it’s National Vanilla Ice Cream Day. I have a half gallon of Breyer’s Vanilla in my freezer (actually the container is not as large since ice cream companies sneakily colluded to reduce the size of their cartons). But that treat is destined to lie atop a piece of Costco Apple Pie—one of the great triumphs of mass merchandising. It’s also a Rastafarian holiday: the birthday of Haile Selassie (1892).

On this day in 1829, the American William Austin Burt patented the typographer, one precursor of the typewriter. Here’s what it looked like—you moved a lever that made an inked letter contact the paper. At first it was far more cumbersome and slower than simply writing: 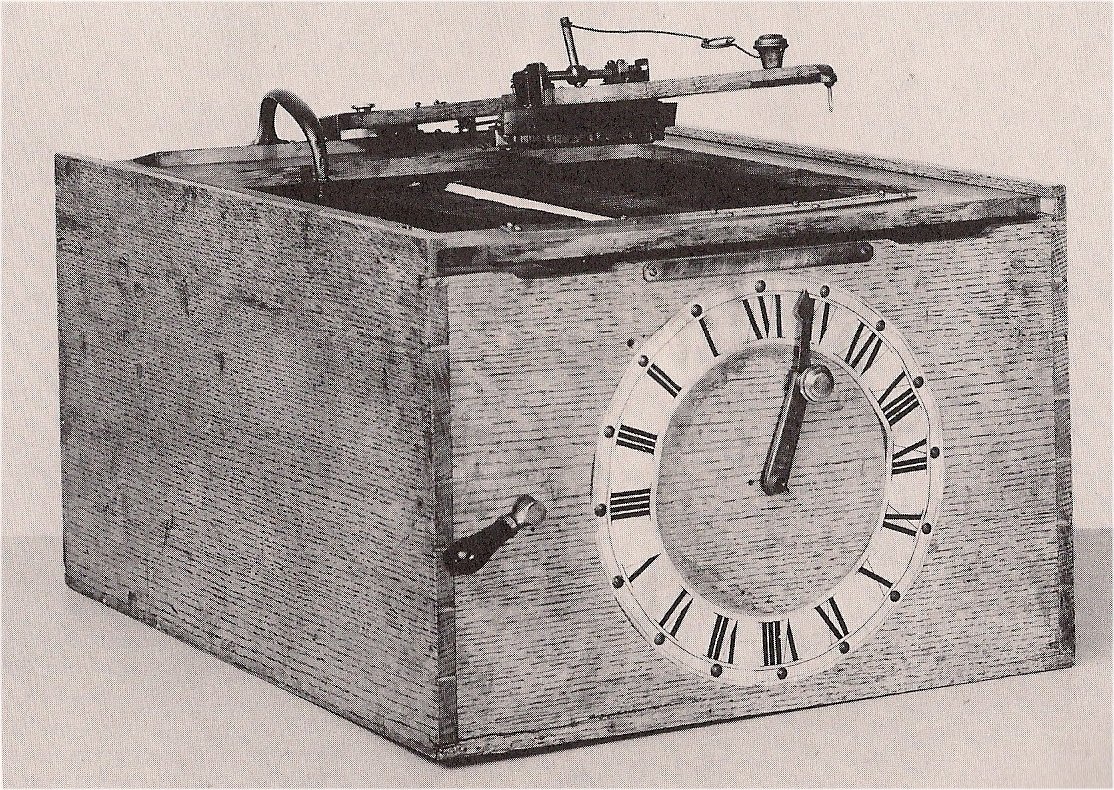 On July 23, 1840, the Act of Union of united Upper and Lower Canada to create the Province of Canada. On this day in 1914, according to Wikipedia, “Austria-Hungary issues a series of demands in an ultimatum to the Kingdom of Serbia demanding Serbia to allow the Austrians to determine who assassinated Archduke Franz Ferdinand. Serbia accepts all but one of those demands and Austria declares war on July 28.” That was the beginning of the First World War. On July 23, 1942, the Nazis opened the Treblinka extermination camp, which ultimately killed more Jews (700,000-900,000) than any camp other than Auschwitz. Exactly a year later, the Rayleigh bath chair murder occurred in Rayleigh, England. This is a bizarre one; read about it at the link. Finally, on July 23, 1972, the U.S. launched Landsat 1, the first satellite designed to orbit the Earth to collect data on our planet, including information about agricultural and forestry resources, geology, pollution, and weather.

Notables born on this day include Haile Selassie (1892; see above), Arthur Treacher (1894; actor and later purveyor of execrable fish and chips), Pee Wee Reese (1918), Don Drysdale (1936), Justice Anthony Kennedy (1936), Theo Van Gogh (1957, stabbed to death 2004), Woody Harrelson (1961) and Philip Seymour Hoffman (1967). Don Drysdale still holds a major league baseball record (two, actually); can you name them? Pee Wee Reese, besides being a superb shortstop, is to be lauded for defending the hiring of Jackie Robinson, the first black to enter Major League Baseball. When the other Brooklyn Dodger players threatened to quit when Robinson was hired, Reese, a popular player, refused to go along, defusing the revolt.

Meanwhile in Dobrzyn, Hili is being domineering:

Hili: A horrible mess on this table.
A: That’s inevitable when you’re baking a cheesecake.
Hili: And who needs it? 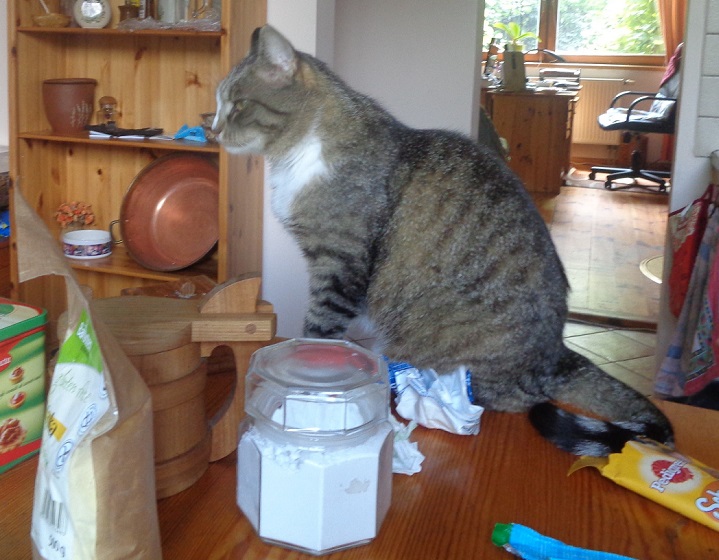 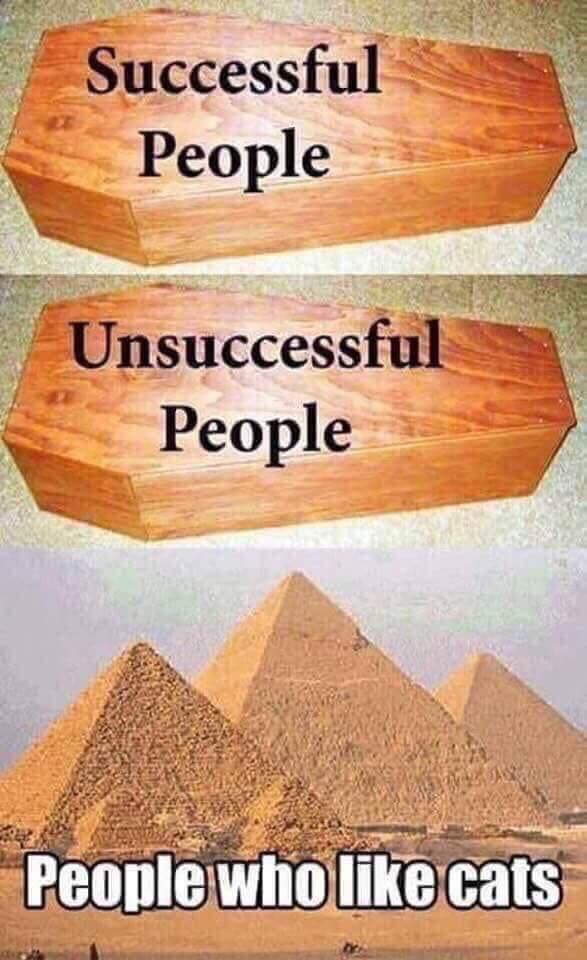 A tweet from reader Gethyn; be sure to watch the video:

A cat has 32 muscles in each of its outer ears and it can rotate each of its ears independently by as much as 180 degrees https://t.co/kwKFamhMnV pic.twitter.com/OGwykthH4Q

From Heather Hastie. Here’s an Überkatze:

Tweets from Matthew. Here’s a predatory fly that mimics a bumblebee:

Some pics of the Laphria flava (Bumblebee Robber Fly) that I was joined by at a White-faced Darter site. What a spectacular wee beast! Uses its mouthparts to penetrate the skins of other inverts such as beetles & then inject enzymes to dissolve them from the inside; beetle soup! pic.twitter.com/rv9R5Ogi62

Another spectacular fly. Look at those patterns!

Matthew’s apparently following the Tour de France, and here’s some nice country that the cyclists traverse. Clicking on the tweet below will take you to the original with the video:

The discovery of a 45 million year old skull weathering out of the ground:

Happening NOW: the catch of the day is a large mammal skull weathering out of the hillside, so fresh that it doesn't look a day over 45 million years old! @UBuffalo @AMNH @BLMWyoming pic.twitter.com/YuPYEiSmBV

A goat following its drill sergeant’s orders. “I can’t hear you, goat!”:

From Grania; this is my favorite tweet of the month:

When the Far Side came out in 1982, paleontologists realised they'd never actually named that part of a stegosaurus and began using the term informally. And now, 36 years later, if you type "Thagomizer" into a search engine… pic.twitter.com/pMDYoOrT8d

More on the excavation in Ireland:

I supposed this was a drive-in waitress delivering food to a car, but it’s not. I don’t know what it is; but it’s truly impressive:

I could do this if I wanted to…..
I just don’t want to. pic.twitter.com/ZqlkBtHv78