It’s Friday, Friday, kicking back on Friday! Which seat can you take? Yes, it’s July 13, 2018: Friday the Thirteenth. To stave off bad luck, partake of today’s comestible, for it’s National French Fry Day. In Mongolia it’s the last day of Naadam, a big holiday for engaging in and watching horse racing, archery, and wrestling.

First Grania sent tweets from the news.  Yesterday FBI Agent Peter Strzok, who oversaw the beginning of the Agency’s Russia investigation, testified before Congress, where House Republicans tried to take him apart, even bringing up Strozok’s extramarital affair. If the video below is representative, Strzok acquitted himself well.

Gowdy just got his ass handed to him by Peter Strzok. And it’s glorious. 🇺🇸 pic.twitter.com/UN8Y44wbrR

And Grania reports that, as Tr*mp visits London to talk to PM Theresa May, “the Brits are not happy”. To wit:

The “lad with the striped hat” is in the third photo:

Back to This Day in History. On July 13, 587 BC, Babylon finished its siege of Jerusalem by destroying Solomon’s Temple. In 1793, revolutionary Jean-Paul Marat was stabbed to death in his bath by Charlotte Corday. On July 13, 1923, the Hollywood Sign was dedicated in the Hollywood Hills, Los Angeles. But it originally said this until a 1949 renovation: 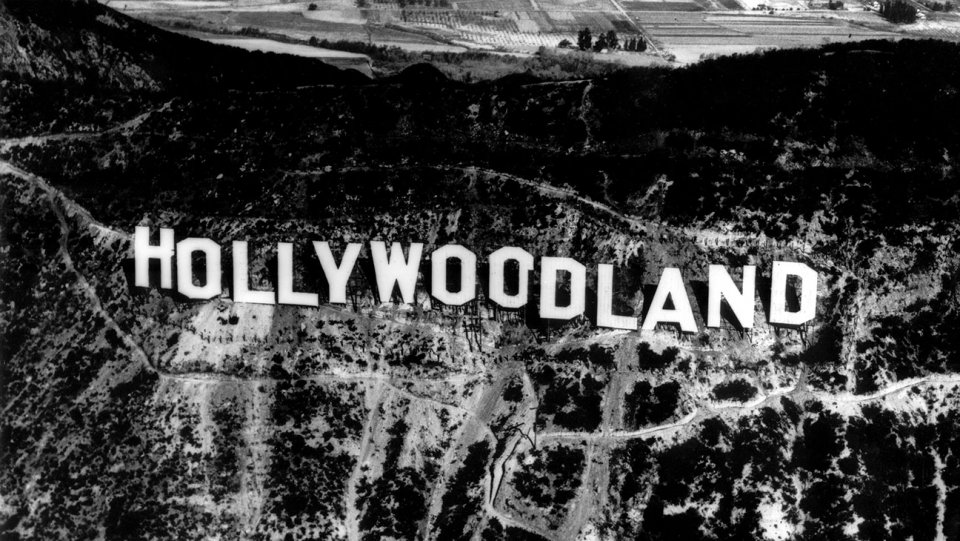 On July 13, 1973, White House deputy assistant Alexander Butterfield revealed to the Senate the existence of Nixon’s tapes, which incriminated the Prez as a crook and ultimately led to his resignation. Exactly four years later, New York City experienced a 24-hour electrical blackout that caused widespread rioting, looting, and pandemonium.  On July 13, 1985, The Live Aid benefit concerts took place in London and Philadelphia, as well as other places.  Finally, exactly two years ago today, David Cameron resigned as Prime Minister of the UK, bringing aboard Her Brexitress Theresa May.

Here’s a nice photo by Stieglitz: 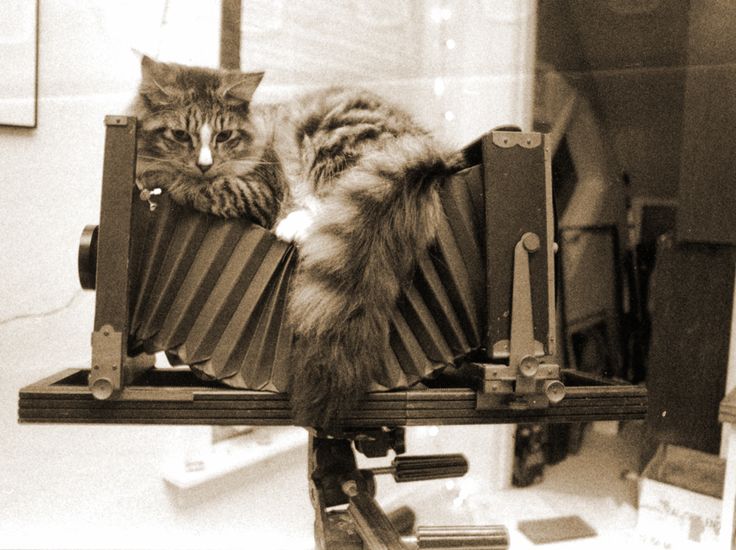 Meanwhile in Dobrzyn, Hlli is exploring the little playground in the front yard:

Hili: There is nobody in this little house.
A: Did you check it?
Hili: Yes, but it still requires further investigation. 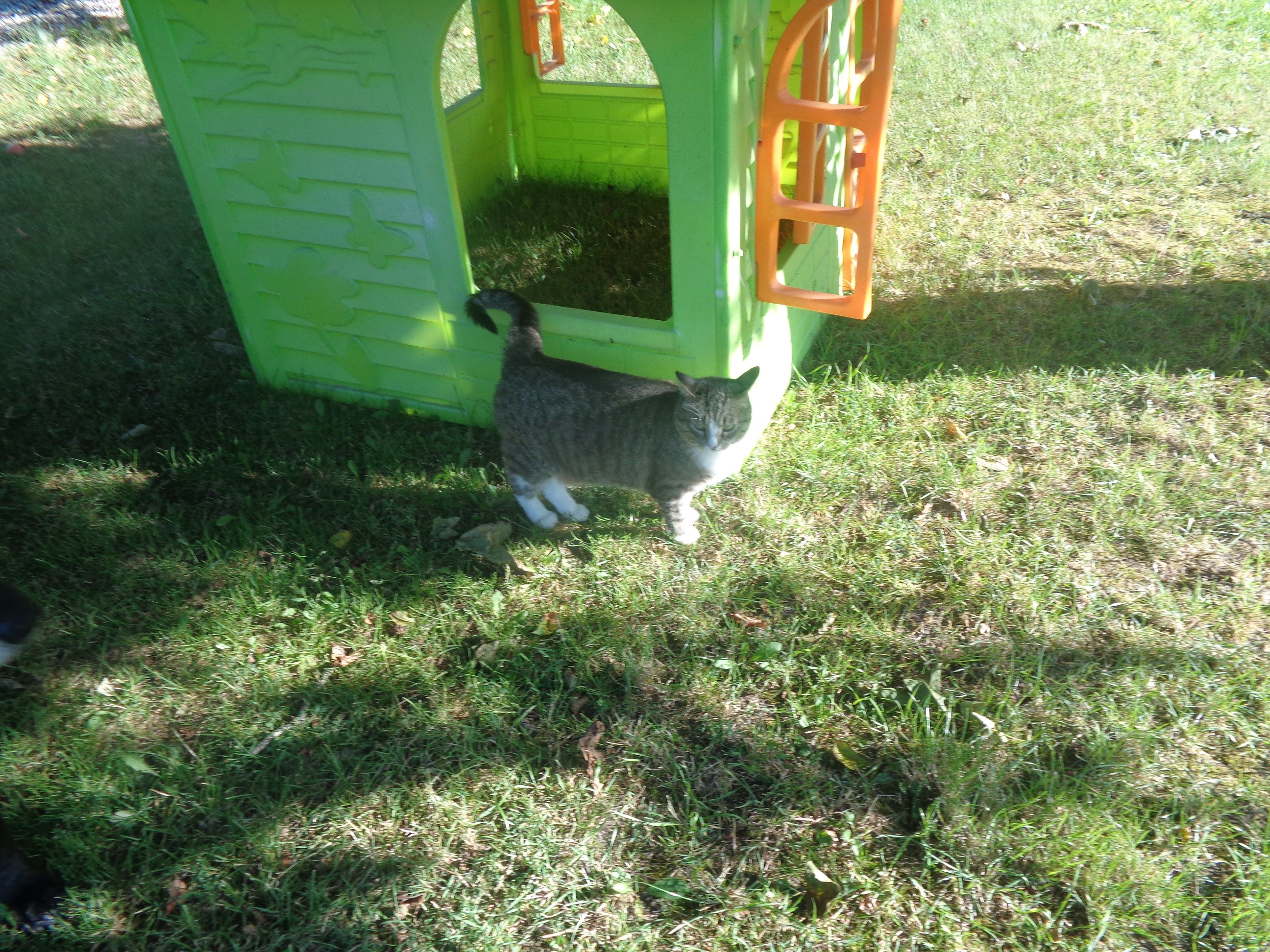 Some tweets from Heather Hastie: “Fallstreak holes” are plain WEIRD; have a look at the description and pictures on Wikipedia.

Look at the size of this beautiful moth!:

The Attacus atlas' wingspans are among the largest in the world, reaching over 25 cm https://t.co/M8L3MbmEvV pic.twitter.com/cZqD4FWwrf

Heather and my favorite parrot, the flightless kakapo, which are tended lovingly by New Zealand conservationists:

#kakapo like roosting in holes in bad weather. Of 7 #kakapo we found in 3 days on Whenua Hou, 6 were in logs and hollow trees. Here's Kuihi. #conservation #parrots #kakaporecovery pic.twitter.com/39eA9VCwVS

Watch this heartwarming (and catwarming) tale:

When this family was playing in the snow one day, they found a tiny frozen kitten. They took little Lazarus in, warmed him up and watched in awe as he came back to life — and became a member of the family 💙 pic.twitter.com/Hf48aj9Zxz

From Grania, who had to explain this tweet to me but assured me that most readers would understand it:

I’m waiting for Macron to turn up dressed as a candlestick. pic.twitter.com/LifBGZ72Te

Re the Iranian woman arrested for dancing (what a country!):

How streets are oriented in major cities:

Such a cool way of visualizing how streets are oriented in major cities. By Geoff Boeing @gboeing.https://t.co/t9V3JM9POA pic.twitter.com/COEIhxEoEx

The Brits will be buying these in droves this week:

More on this later: the opprobrium received by Scarlett Johansson’s decision to play a transgender man in an upcoming movie (she’s not trans, don’t you know?) A Business Insider columnist was fired for simply writing an editorial defending the actor’s decision:

I believe female actors can play men and trans men. That is the apparently controversial view that inspired BI to take down my piece. I have resigned from @businessinsider and explain why in my letter to EIC @nichcarlson pic.twitter.com/5G2UZggXi9

Tweets from Matthew. The first is by a woman whose wish has been fulfilled. World Cup final this weekend!

Matthew notes, “It was the 100th bday of the RAF on Tuesday.. There was a flypast by planes from 1940 onwards. Here are the flightpaths – rather mesmeric.”

Animation showing the flight paths of all the aircraft which took part in the Royal Air Force #RAF00 flypast over London #commemorate #celebrate #inspire pic.twitter.com/c59JZbf0z0

Buster Keaton and Sybil Seely in One Week (1920) pic.twitter.com/BVnNhjSWj1

And a few more tweeets from Grania, the first showing The Way Things Should Be:

A lovely and weirdly-shaped moth:

If we're identifying moths, can you do this one for me? On the door of my grocery store in Pagosa Springs, CO (USA). pic.twitter.com/5H6zY7V9Kt

Today as I was walking home after my run I saw a large lemon rolling down the hill. It kept rolling for about a quarter mile. And now you can see it, too. pic.twitter.com/dQoHi4RrXS