The Infinite Monkey Cage, the entertaining BBC science and comedy show hosted by Robin Ince and Brian Cox, has just celebrated its 100th episode. You can hear the hour-long show at the link below; Matthew, who was in the audience. commented:

They have a couple of vicars on it, heaven knows why, one an ex rockstar who is always in the radio and the other doesn’t really seem to believe in the Bible at all. They got some snarky comments from Eric Idle and Alice Roberts. [JAC: One of Alice’s tweets is below.]

Here are the participants and those in charge: 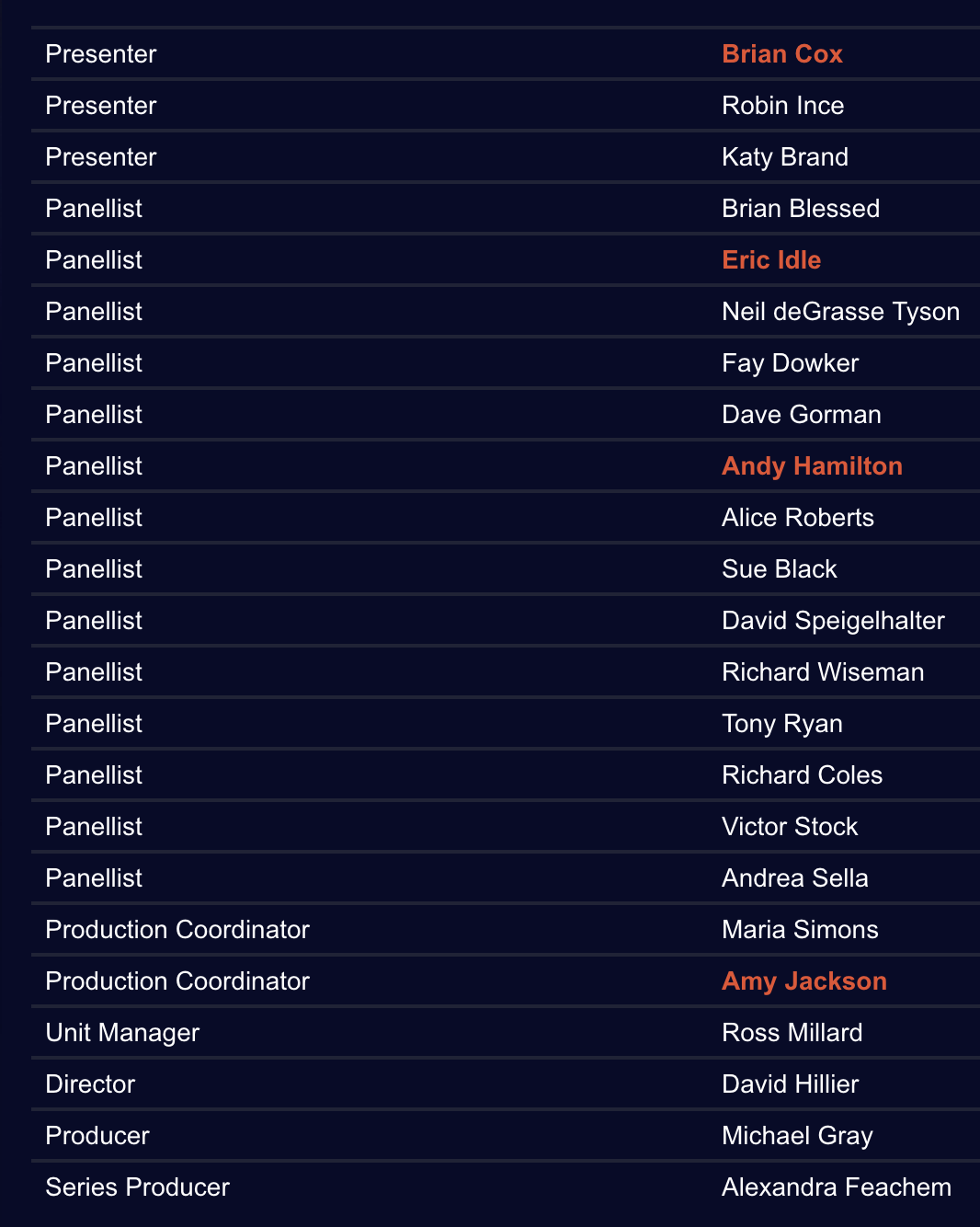 To hear the show, click on the screenshot below and then the arrow at lower left: 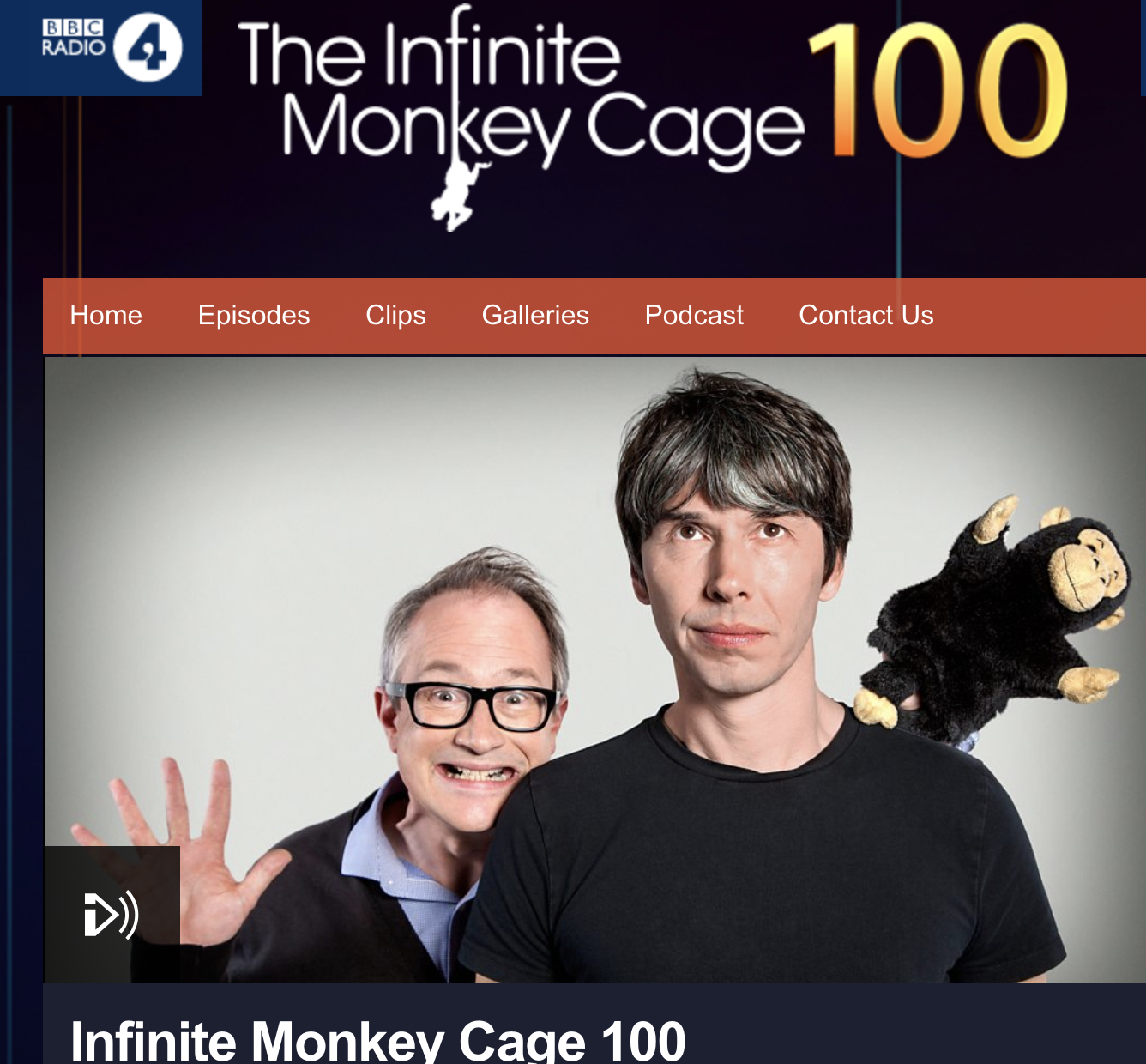 “We haven’t heard anything from God in 2000 years,” @EricIdle on @themonkeycage 😂

There’s also a video version here (via @bbciplayer), but it’s not visible outside the UK. Matthew notes, “I’m in the front row next to Nick Lane next to Steve Jones. Virtually all the VIP audience members (= ex-panelists) were from University College London, but none of the panelists on this episode were.”