It’s Independence Day: Wednesday, July 4, 2018: the day in 1776 that the Continental Congress approved the wording of the Declaration of Independence, whose issuance had been approved on July 2. It’s also National Barbecue Day as well. It’s also the birthday of Queen Sonja of Norway (see below). But let us Americans celebrate our holiday, including me. That means posting will be light today, and Yanks should enjoy their barbecue and fireworks instead of reading this site.

Today’s news, courtesy of Kevin and the BBC:  There are only two early parchment copies of the American Declaration of Independence: the “original” document that rests in the National Archives, and another, just recently rediscovered in—of all places—the archives of the West Sussex County Council in Chichester, England. The British copy dates to a few years later than the American one. Click on the screenshot to go to the story. 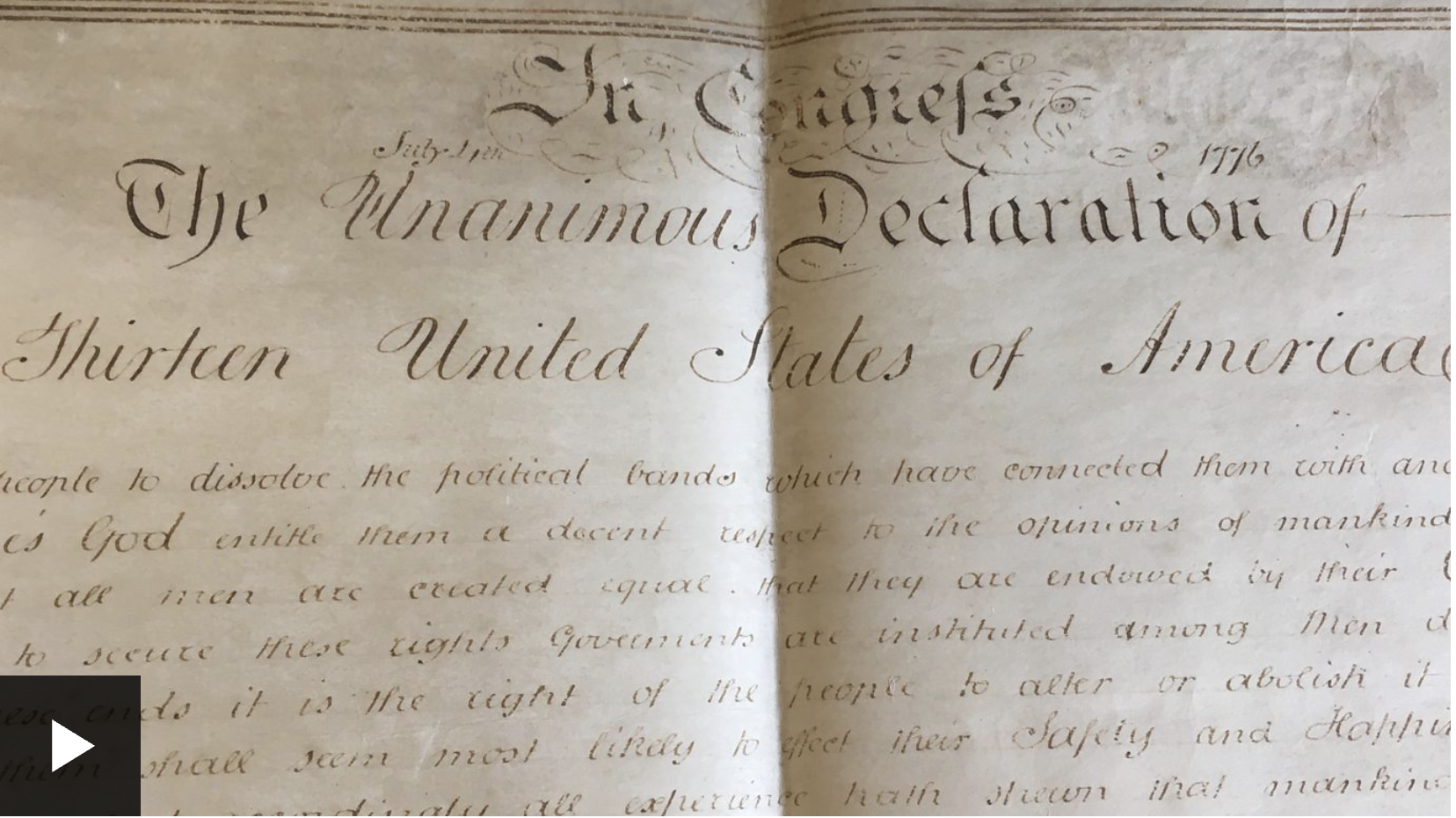 Heather Hastie found a modern version of the Declaration: a text dialogue between the U.S. and Britain discussing their breakup:

On July 4, 1802, the United States Military Academy opened at West Point, New York. Exactly one year later, the Louisiana Purchase was announced to the American people.  On this day in 1845, Henry David Thoreau moved into a small cabin in Concord, Massachusetts situated by Walden Pond. This, of course, led to his account of two years in that cabin in Walden, an iconic book for environmentalists and hippies.  On July 4, 1855, Walt Whitman’s book of poetry, Leaves of Grass, was published in Brooklyn. Exactly 7 years later, Lewis Carroll told 10-year-old Alice Liddell the story that would inspire Alice’s Adventures in Wonderland and its sequels. Here’s Alice at seven: 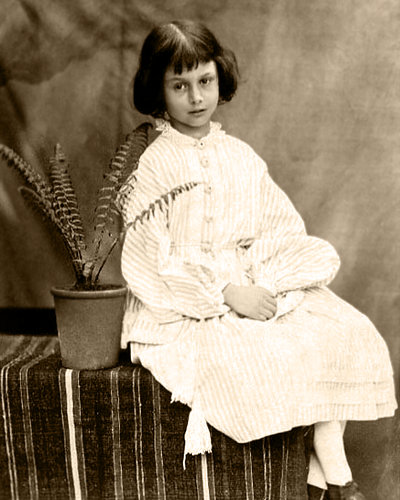 On July 4, 1910, the black boxer Jack Johnson knocked out the white boxer Jim Jeffries in a heavyweight boxing match in Reno, Nevada. It was called “The Match of the Century”, and Jeffries, a representative of the “superior race” was supposed to win. He withdrew after 15 rounds. Angry whites attacked jubilant blacks in 50 cities and 25 states: a scattering of race riots.

On this day in 1939, baseball great Lou Gehrig, forced to retire from the New York Yankees at age 36 after a diagnosis of ALS, gave a famous farewell talk at Yankee Stadium in which he said he considered himself “the luckiest man on the face of the earth.” Here’s that speech, and it still brings tears to my eyes. He was both a great player and a great man—a modest man who didn’t want to be honored. He died two years after he uttered these words:

Have a walk down memory lane with Barry White performing his most famous song. What a mellow voice he had; I wonder how many babies were conceived to it!

Hili: Something is chirping in the grass.
A: Do you know what it is?
Hili: No, but now is my siesta time. 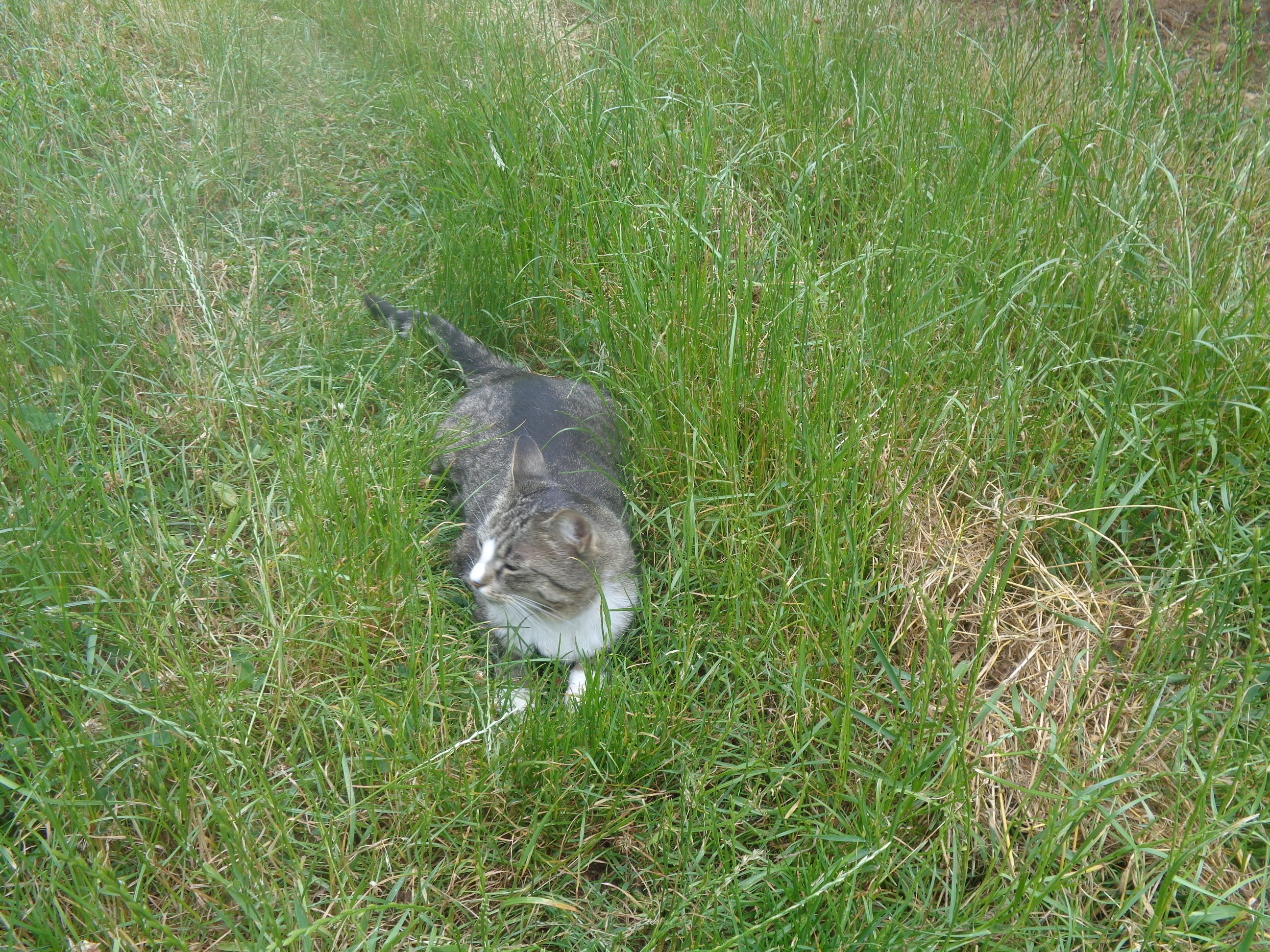 Some tweets from Grania. She says the first one is “strangely appropriate”:

Other Recommended Titles:
The Humility of Kanye West
The Compassion of Charles Manson
The Good People on Both Sides of Charlottesville
The Lighthearted Charm of Alex Jones
The Wit & Wisdom of Kim Jong Un
The Search For Melania pic.twitter.com/7vGCLCRguc

Yes, a cat wrote a message on a computer. What does it mean??

Hey Cat people…. ask your cats if they can decode this!!? 🙀 pic.twitter.com/OxFRHTtt5z 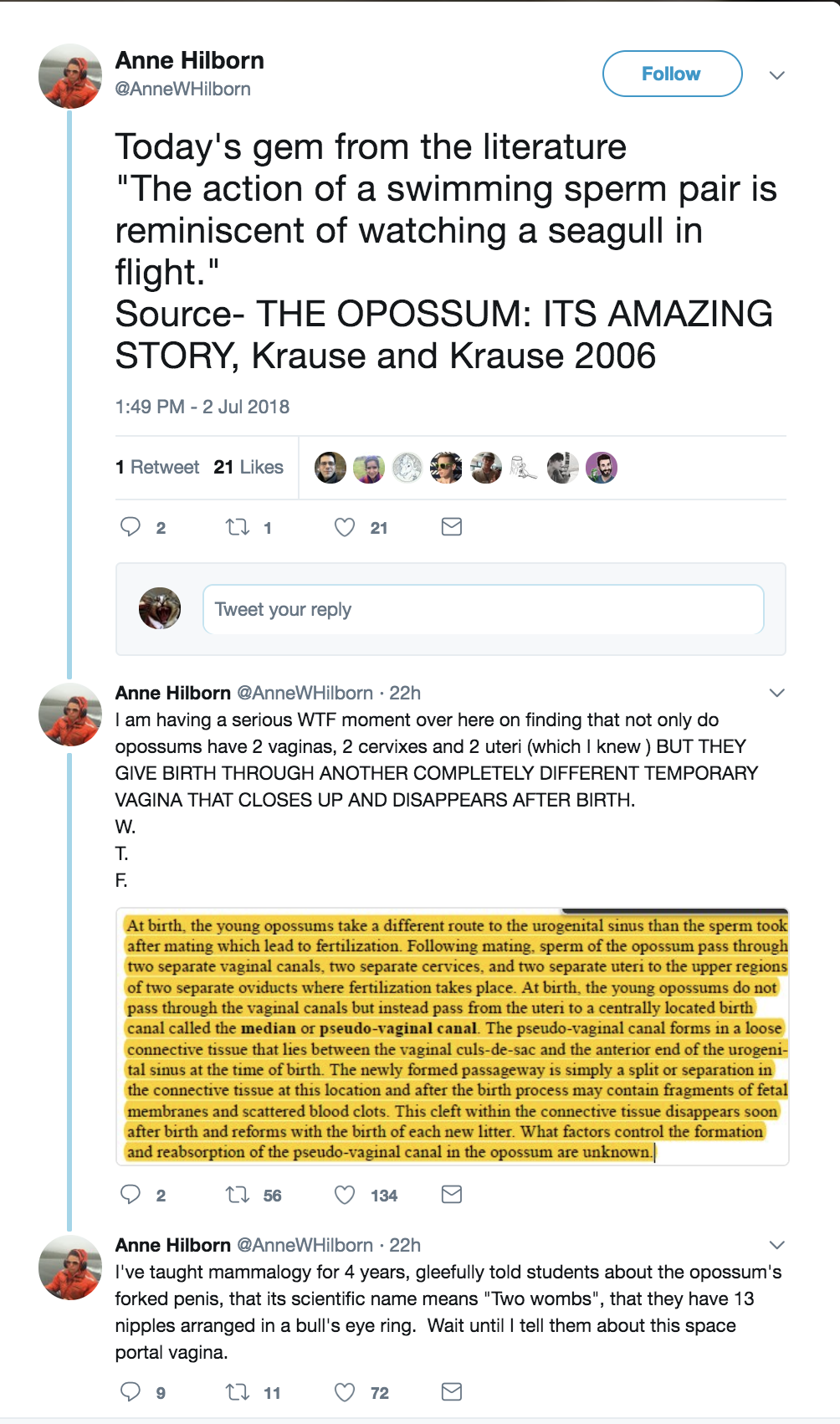 A kitten and its toy:

Tweets from Matthew. This baby bird already shows its sex:

Baby Eastern Bluebird. At 2 weeks old you can tell he’s a male by how bright blue his wing and tail feathers are. pic.twitter.com/m6GsvV3qXZ

An example of a type of cryptic painting that I didn’t know existed (be sure to watch the video):

Great example of a “secret” painting on the fore-edge of a book’s pages, which appears only when the book is opened and the pages are slightly fanned. This short video is of a 1925 copy of Kipling’s ‘Kim’https://t.co/2jmwktNfbp pic.twitter.com/U2VpjnHU5Z

A bizarre but nice interspecies friendship:

Interspecies friendship of the day. pic.twitter.com/cDBqPiVBzp

It’s #solitarybeehour and on sunny days like today, our Summer solitary bees are hatching from a variety of over 250 different cocoons. Have you seen any hatching yet? 🐝#SolitaryBeeWeek pic.twitter.com/QcePThn2eP

Finally, a theft that must have confused some scientists:

A Polish environmental group placed a tracker on the back of a stork. The migratory bird traveled to Sudan, where someone found the tracker, removed the sim card, put it in their own phone and racked up hours worth of phone calls https://t.co/IjQWUYdXeK #PolishStork 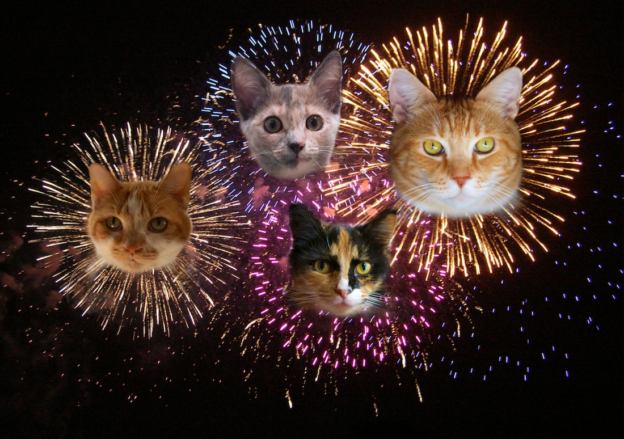