Here’s a weird case of mimicry—or potential mimicry—involving an onycophoran and a caterpillar in Ecuador. It’s in American Entomologist, and is free (click on screenshot below, or see the pdf here).

First, in case you don’t know what an onycophoran is, it’s a group of 177 known species that occupy a single phylum, the Onycophora, which means “claw bearer.” Also called “velvet worms,” they are weird-looking, like worms with claw-bearing legs on a segmented body, big antennae and small eyes. They look like this: 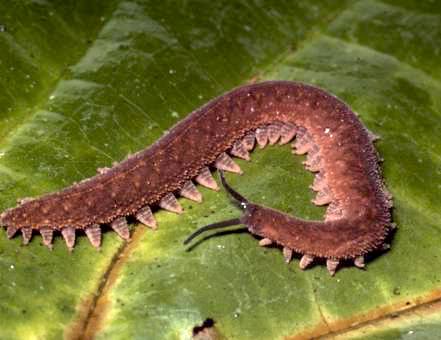 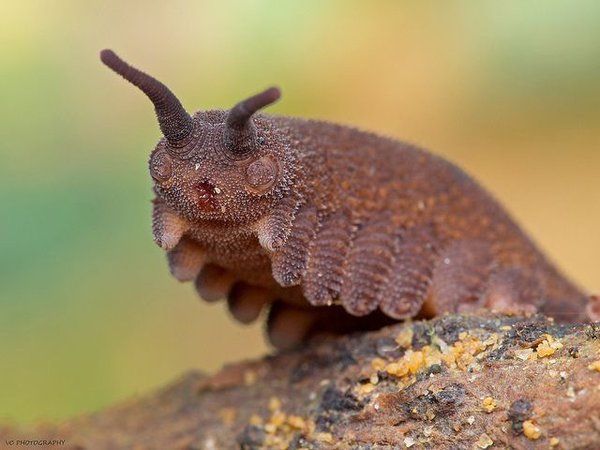 And they have a bizarre behavior, described in the paper like this:

Although closely related to the arthropods, onychophorans are so unusual in their form, differing significantly from all other extant animals, that the taxon has been ranked at the level of phylum (Nielsen 2012, Grimaldi and Engel 2005). The Onychophora is unique due to the possession, by all species, of an elastohydrodynamic squirt-system in the mouth region. Remarkable structures, including glands that open on oral papillae, constitute a mechanism that enables onychophorans to squirt oscillating jets of proteinaceous liquid “slime” using slow muscular contraction (Concha et al. 2015). The slime rapidly fires from each papilla on either side of the mouth, intersects, and forms a disordered net (Morera-Brenes and Monge-Nájera 2010, Concha et al. 2015). The slime solidifies on contact with air and entangles small invertebrate animals; prey items or potential predators are quickly immobilized. Onychophorans then use their large-toothed, sclerotized jaws (Mayer et al. 2015a) to penetrate the victim, introduce saliva containing digestive enzymes, and partially digest the soft tissue prior to ingestion by sucking. Prey tissue may also be sliced up by the jaws and then swallowed (Lawrence 1953, Newlands and Ruhberg 1979, Hamer et al. 1997).

Here’s a National Geographic video showing an onycophoran sliming and then nomming a beetle:

Their appearance once made people think that onycophorans were a “missing link” (or rather something close to the common ancestor) between arthropods and annelids (segmented worms), and they were described as “living fossils”. But now they’re thought to be a sister group to arthropods + tardigrades, and not that closely related to annelids. Here’s their current phylogenetic position.

The authors found both onycophorans and caterpillars that resemble them in a collection of vegetation from trees in Ecuador (onycophorans are susceptible to desiccation and thus live in humid places in the tropics and wet subtropics). Here’s one of the tree-dwelling onycophorans and the presumably mimetic caterpillar. The paper’s caption is below, and be sure to watch the video at the link (I think they got “a” and “b” reversed in the figure caption, so I switched them). 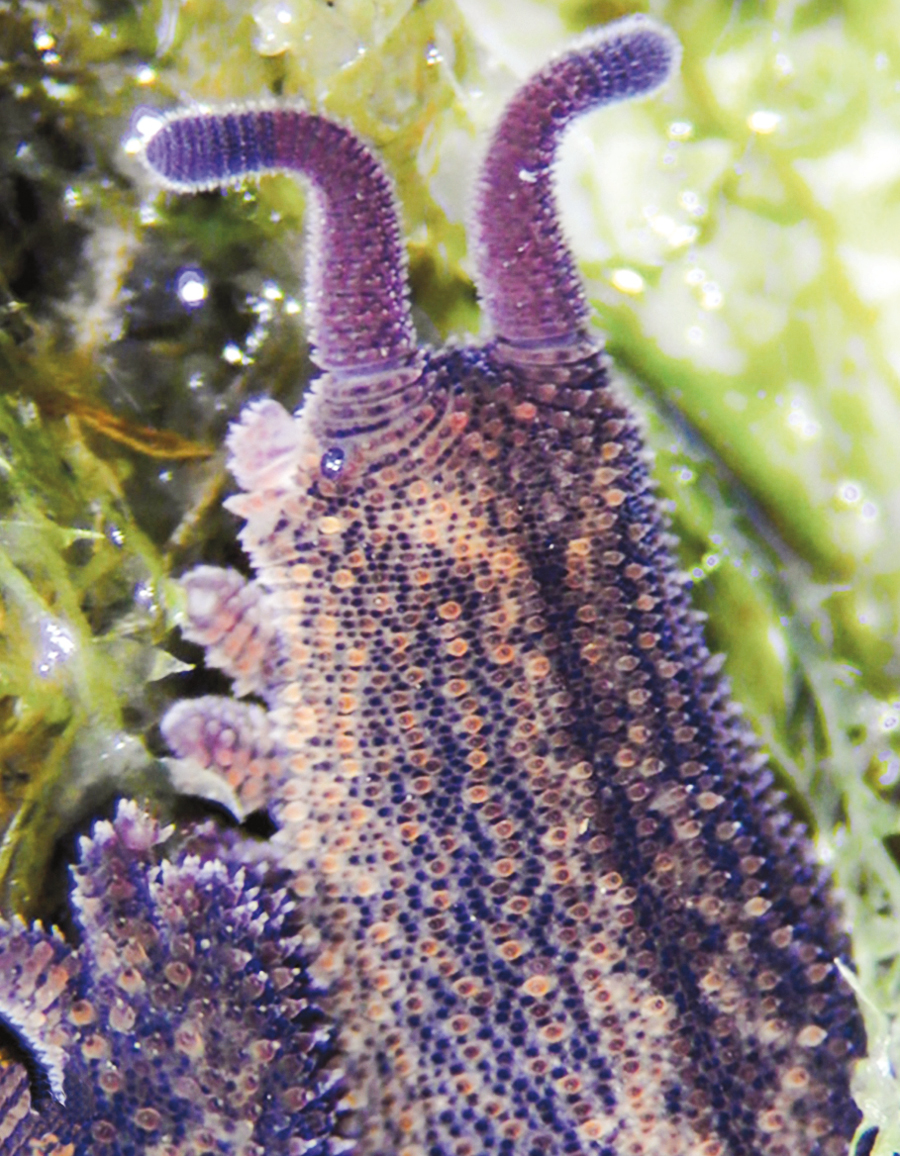 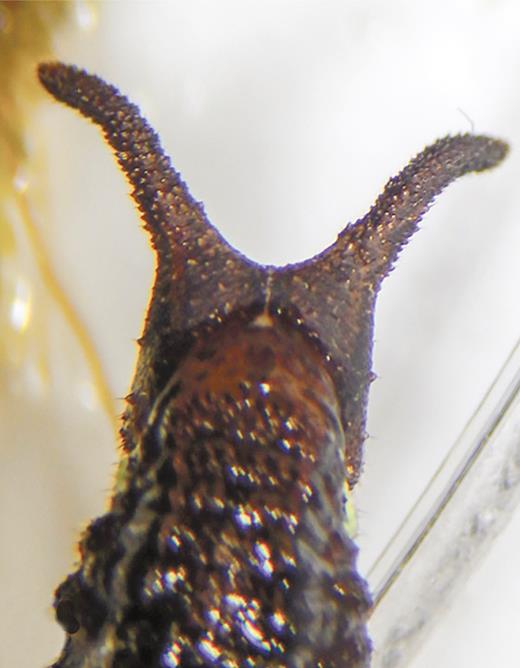 Now this is only a possible case of Batesian mimicry, though it looks suggestive to me.  What we’d need to know to reach stronger conclusions is this information:

b. The predator has learned to avoid killing the onycophoran when it gets close to it, since the beast is nasty.

c. The predator will eat the caterpillar if it is “naive”, that is, if it hasn’t encountered an onycophoran and so hasn’t learned to avoid them. (This wouldn’t work if the aversion to onycophorans is evolved rather than learned.)

This could easily be tested in the lab (well maybe not that easily!). Just give a naive, hand-reared predator an onycophoran. See if it tries to kill it but then is repulsed and avoids them afterwards. At the same time, give other naive predators the caterpillars. They should be nommed readily.  Then give a predator who has learned to avoid an onycophoran a “mimetic” caterpillar. If this is a case of mimicry based on predator learning, the predator should now avoid the caterpillar.

As it is, this is a suggestive but not well-documented case of mimicry, but it could be strengthened with some lab work.

33 thoughts on “A caterpillar mimics an onycophoran”