I urge you to send me your wildlife photos if they’re good ones.  Please limit each dollop to ten photos if you can, and, as always, include the Latin binomial.

In a recent set of pictures, I had introduced antlion larvae which can be kept as ‘pets’. The business end of one of these little beasties is shown in the first picture. I think the species is Brachynemurus abdominalis. 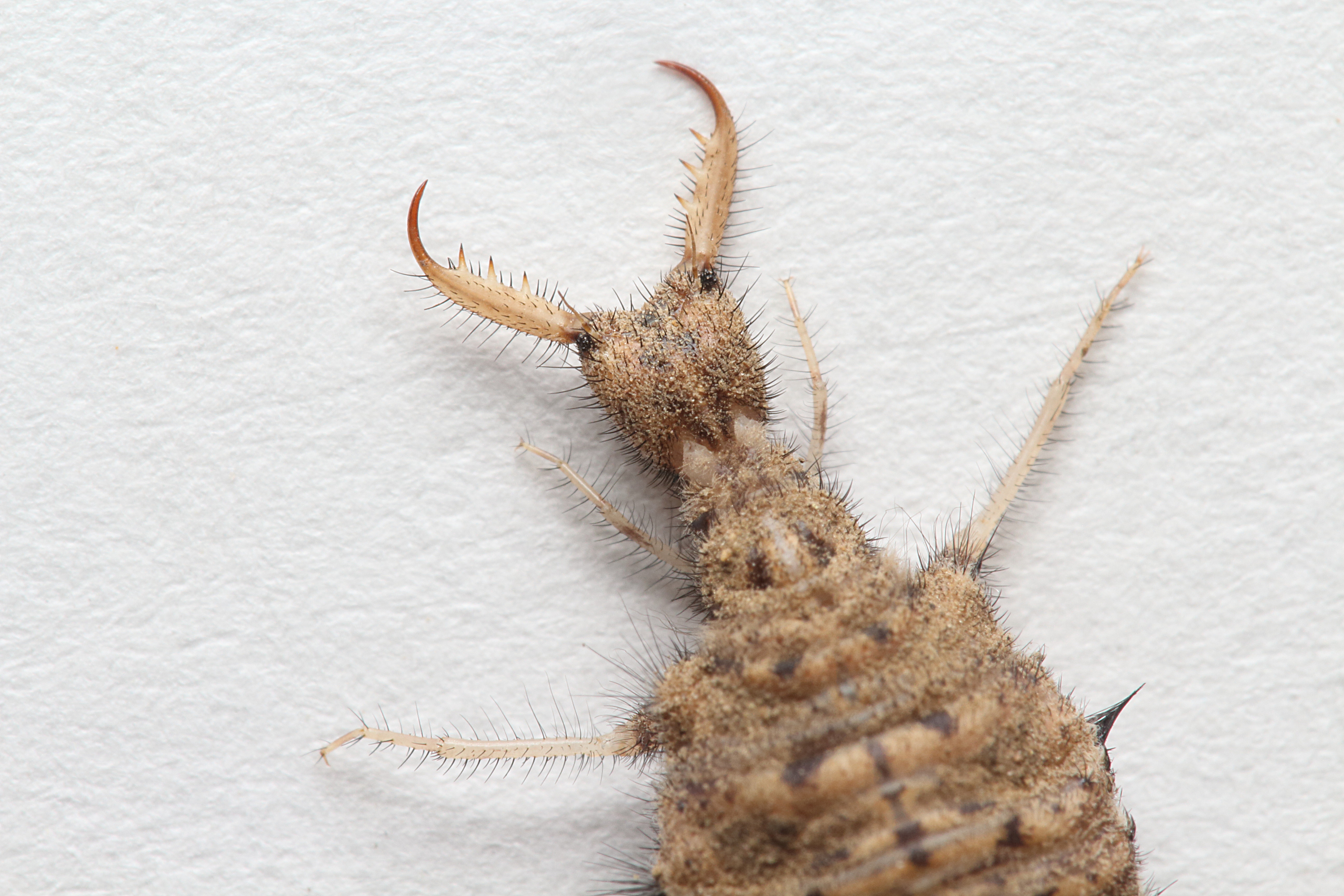 Antlion larvae of course go through metamorphosis. They form a loose cocoon in the sand, and some of these are shown in the next picture. Sorry about the technical violation on the separation of church and state. I was not thinking that day. 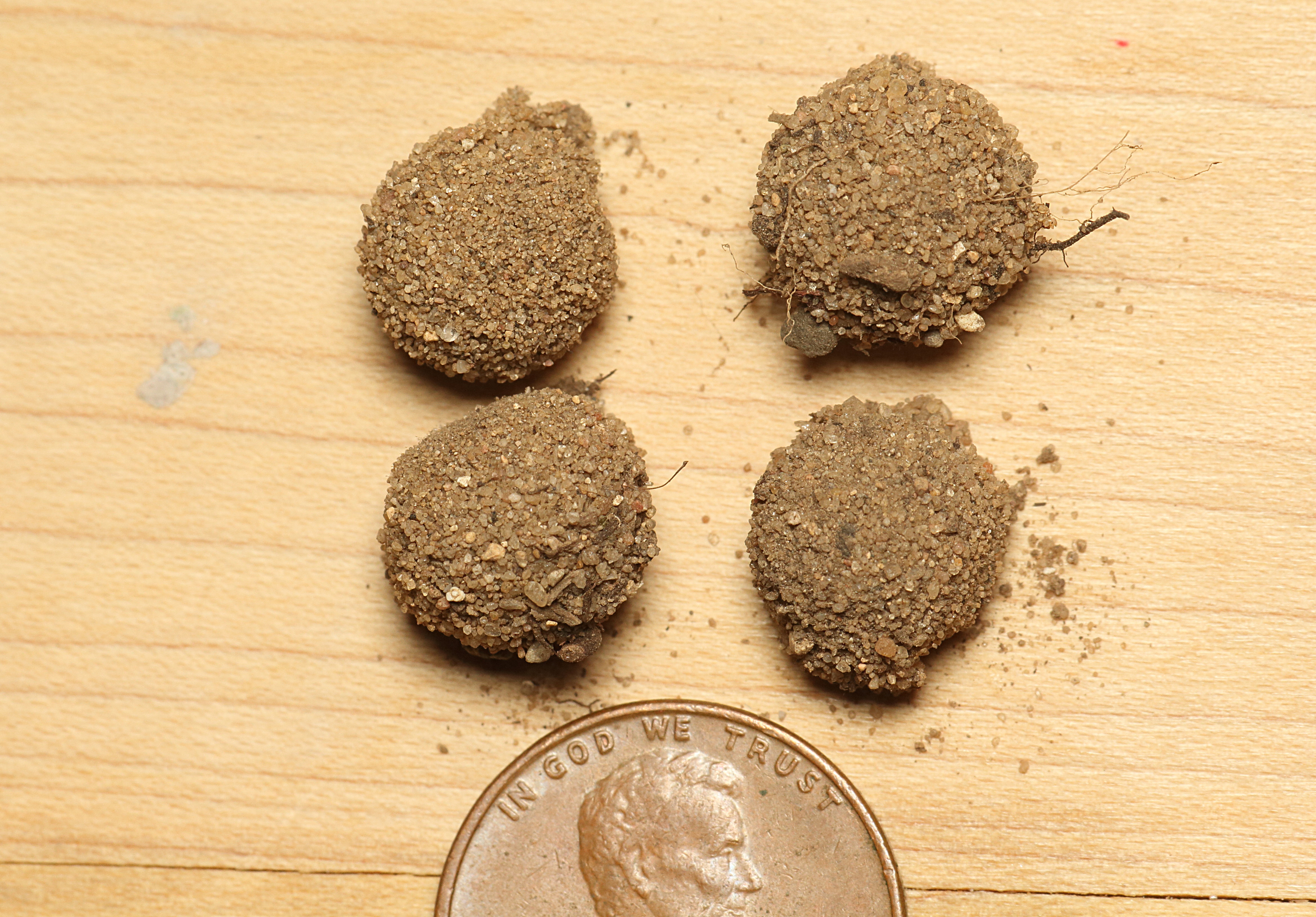 The pupae of antlions are rather interesting. Insect pupae can be categorized in terms of having appendages that are either sealed to their body or held out free. Another area of classification is whether their mandibles are immobile – or not. That is, some insect pupae can bite. This appears to be mainly used to chew their way out of the cocoon before the adult ecloses. There are a few insect orders with biting, or decticous pupae, so we have here a thing that may be considered “weird but not unusual”. The insect order Neuroptera (where antlions belong) is one of the orders with decticous pupae.

An exposed antlion pupa is shown in the next two pictures. It is rather hairy, and it turns out that the slightest touch of a hair would trigger a biting action, as you can see. These things were tetchy! 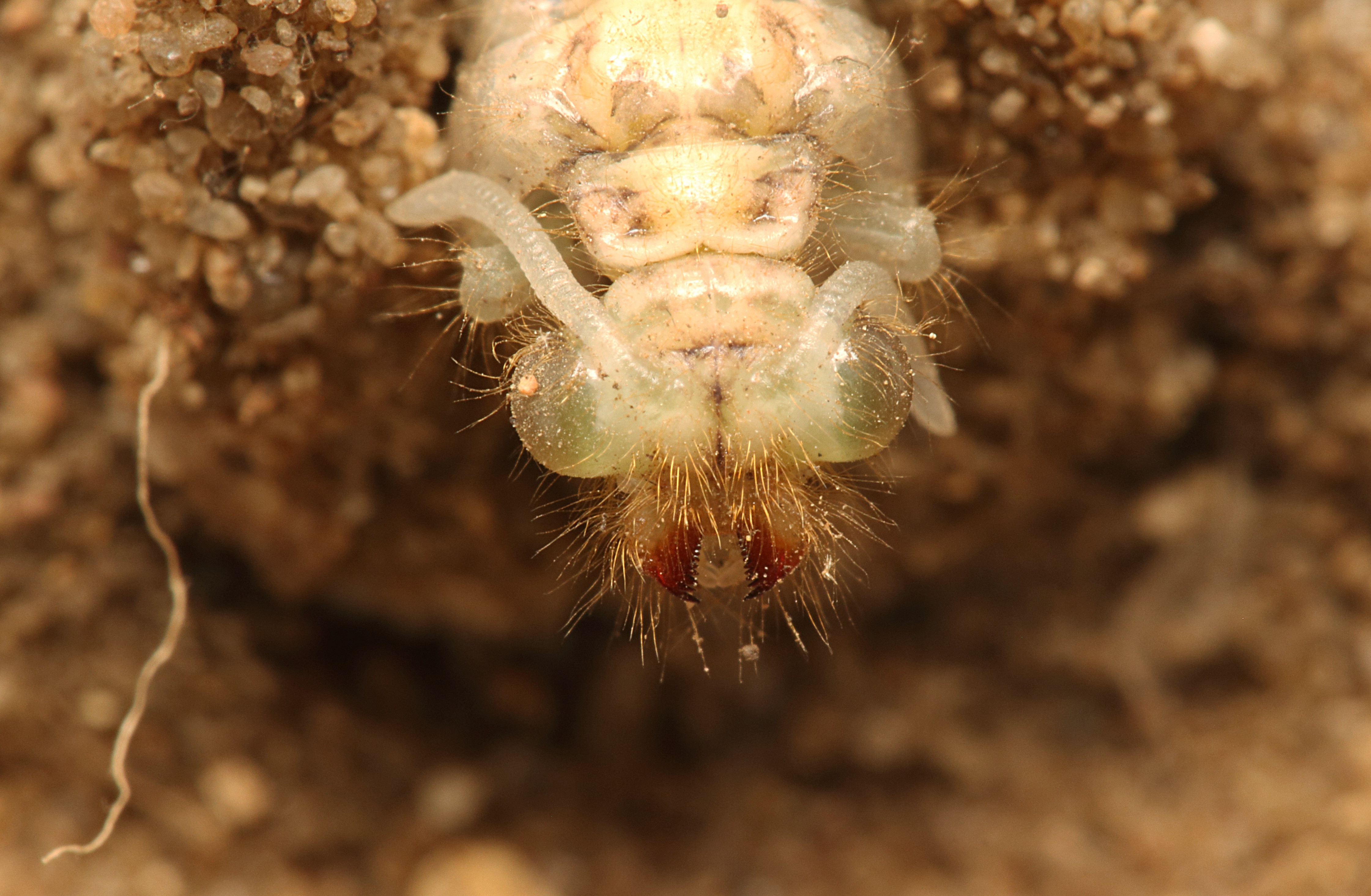 I am especially fond of dragonflies, and the next pictures show some of my favorite species. First, Eastern amberwings (Peritemis tenera) are one of our smallest dragonflies, and here is a male. 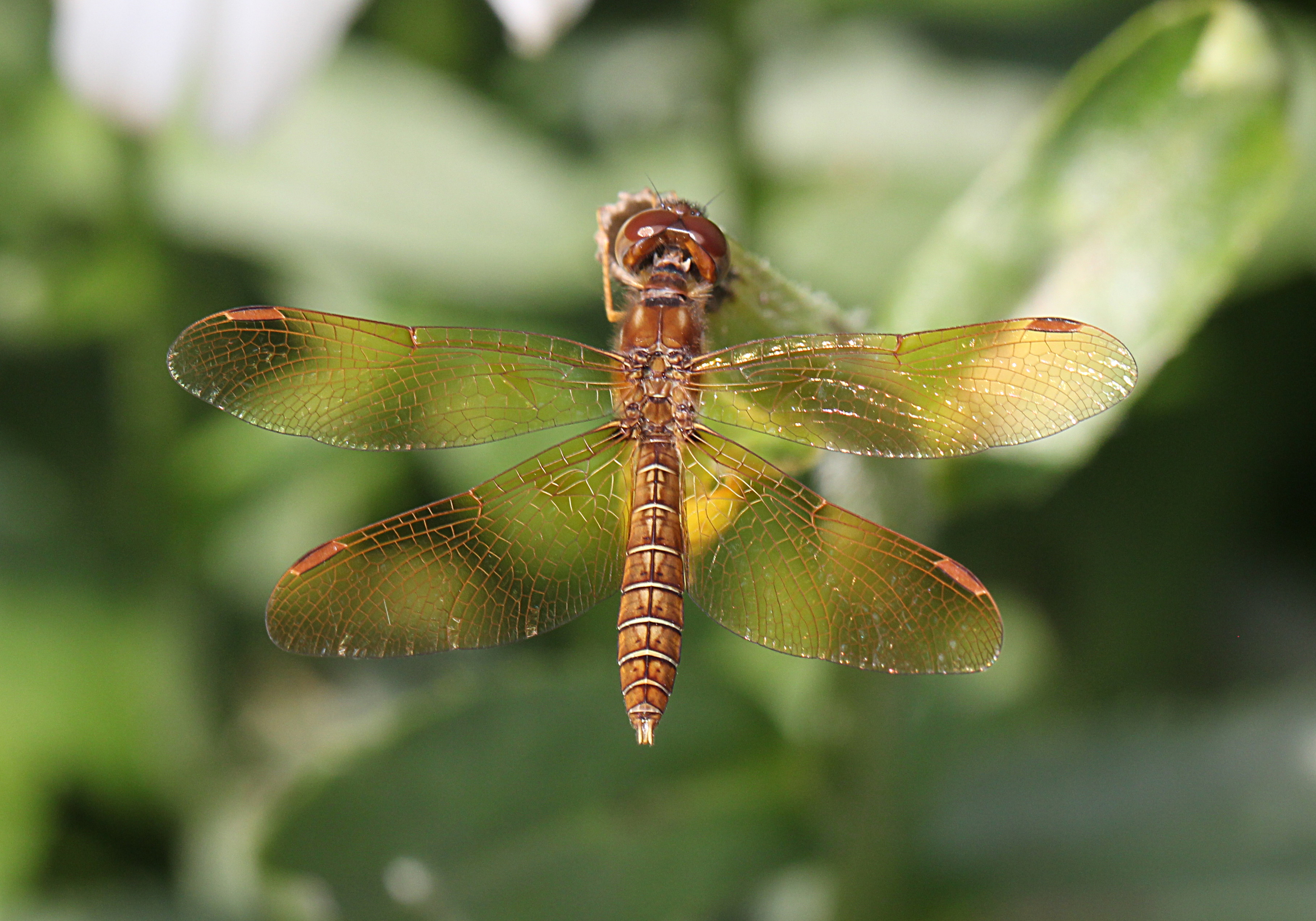 Next are larger dragonflies called Eastern pondhawks (Erythemis simplicicollis). Females are green, and males start out that color as well but they develop a lovely blue color as they mature. 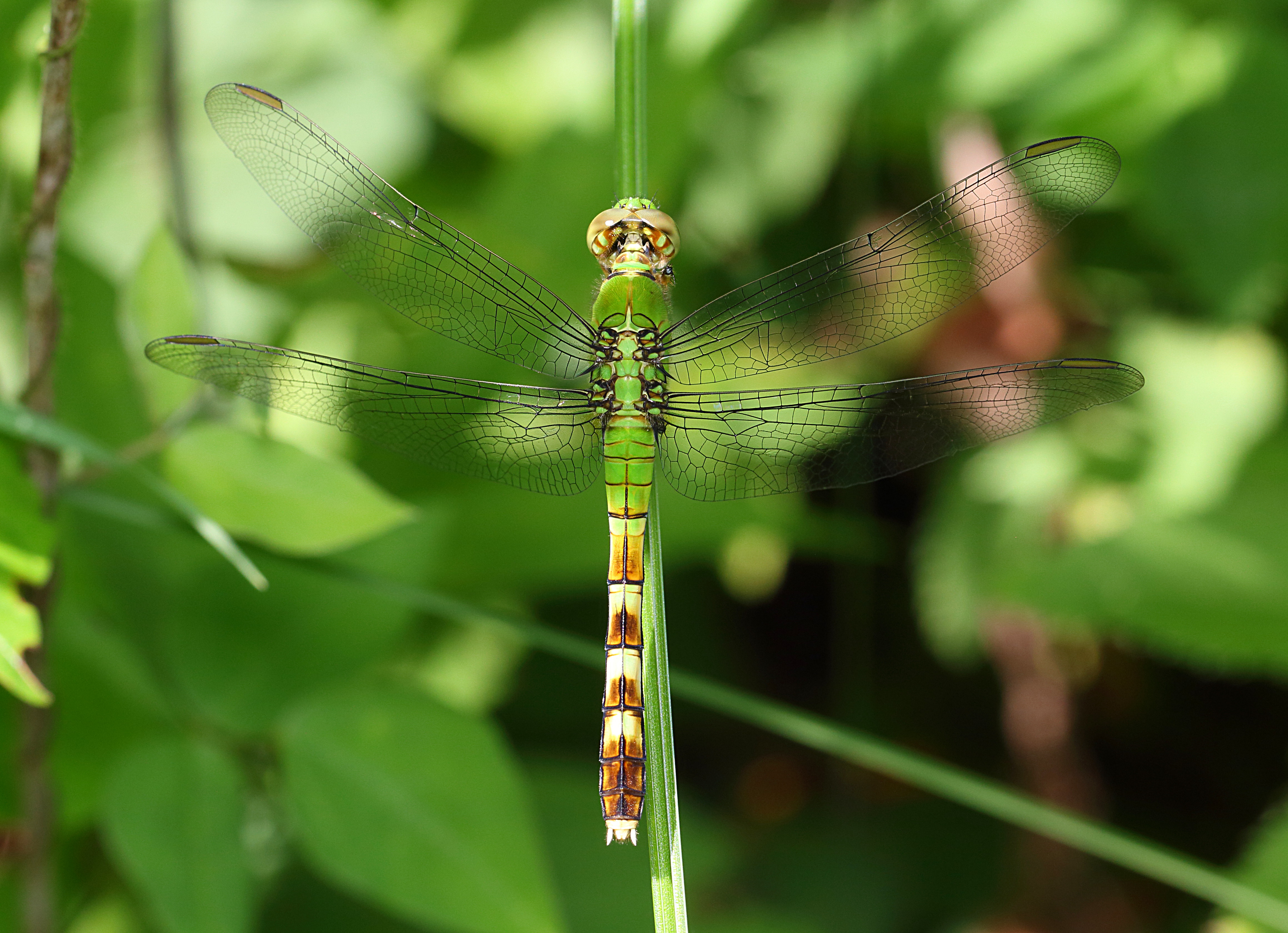 This male had not quite completed the transformation. 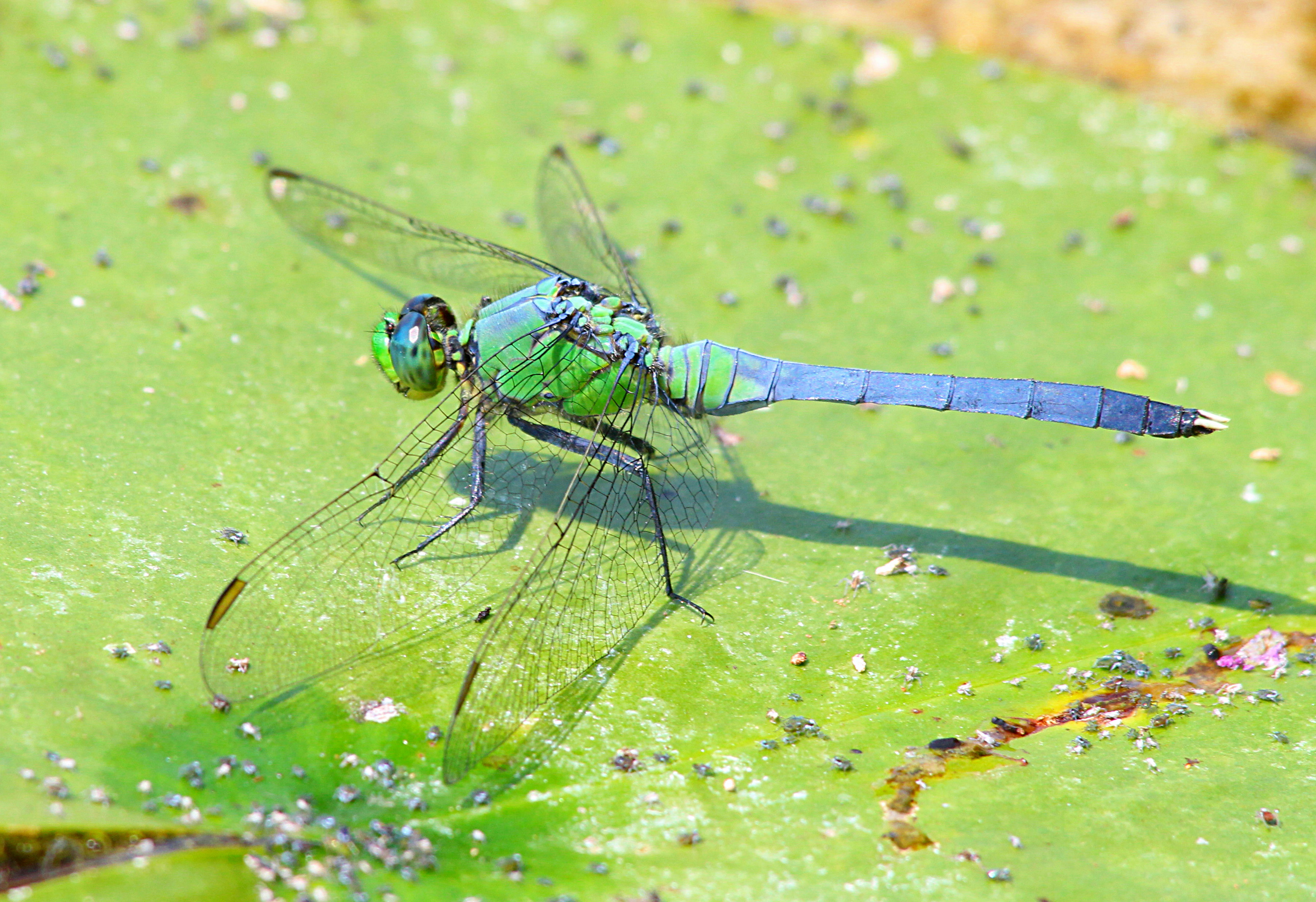 In the final picture is an orchard orbweaver spider (Leucauge venusta). These beautiful spiders like to build their web in shady places, so photographing them in low light is a bit challenging. This is because the preferred camera settings usually result in a dark background, even when a flash is used, and so the black markings on the spider tend to become lost. I had experimented with setting up a piece of cloth behind one in an attempt to give a brighter but still naturalistic background. The colors turned out to be decidedly unnatural, which was not in the plan, but they seem to ‘go’ with the colors of this spider. I like how the abdomens of these spiders look like antique porcelain. 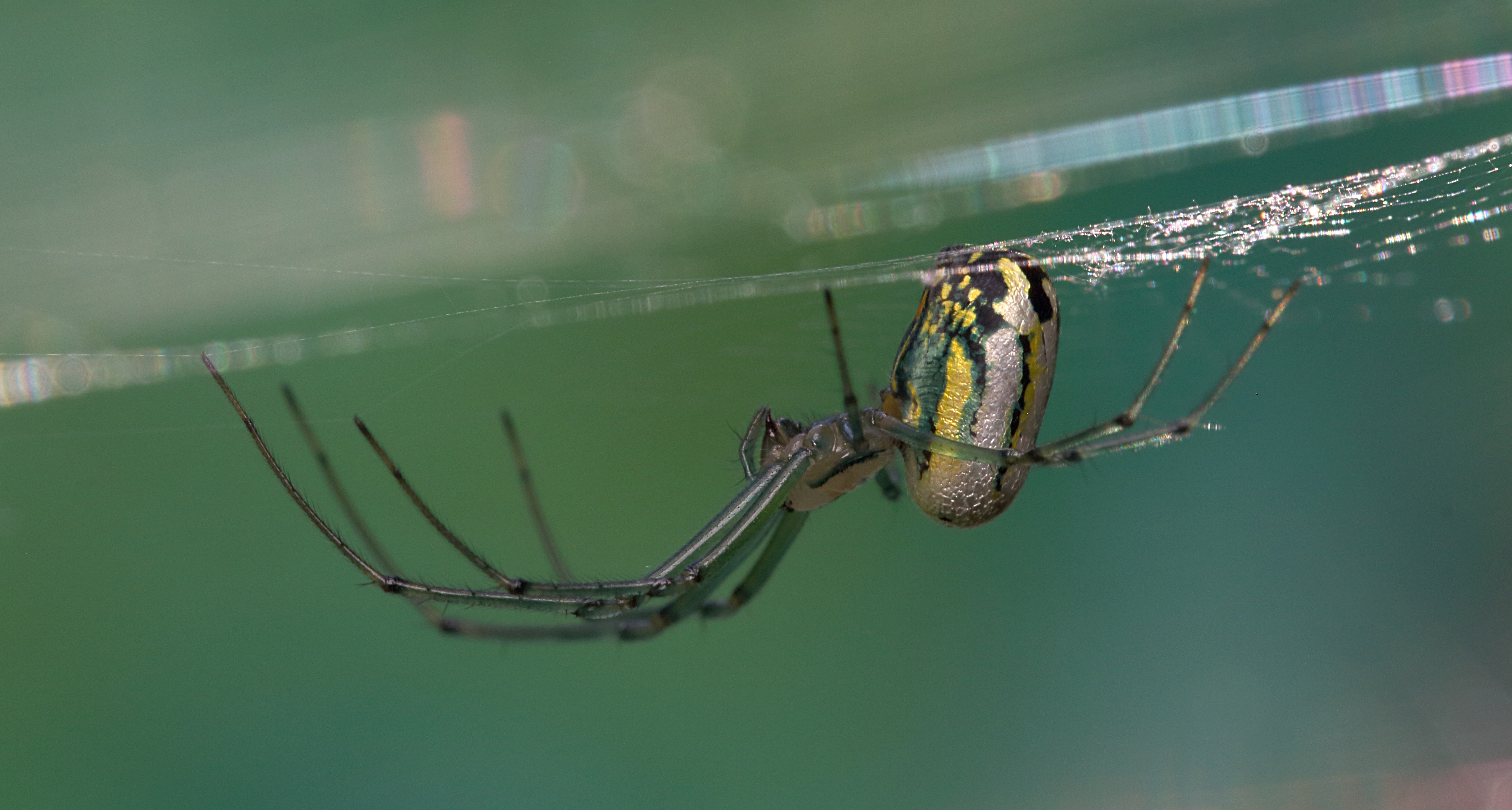