Good morning on a cool but clear Tuesday, June 26, 2018: National Chocolate Pudding Day. In Hamelin, Germany it’s Ratcatcher’s Day, the day on which, according to the Brothers Grimm, the Pied Piper led the children out of Hamelin (he’d previously led out the rats).

All the ducks are fine, but we’re going into a heat wave with highs of about 34°C (93°F) near the end of the week.

On this day in 4 AD, Augustus, the first Roman Emperor, adopted his stepson Tiberius, who was to succeed him.  On June 26, 1483, Richard III became King of England.  He would have traded his kingdom for a horse, but it was not to be; he was ignominiously buried under a carpark, where the cars of his subjects despoiled his grave.  On June 26, 1886, Henri Moissan isolated the element fluorine for the first time, ultimately leading to Teflon.  On this day in 1945, 50 Allied nations signed the United Nations Charter in San Francisco. Exactly three years later, William Shockley filed the patent for the first bipolar junction transistor (whatever that is; I presume it has two poles).  On this day in 1953, the odious head of the Soviet Secret Police (and rapist) Lavrentiy Beria was arrested on the orders of Khrushchev. He was ultimately shot in prison. I don’t believe in the death penalty, but if I did Beria would be the first to get it. On June 26, 1959, the Swedish boxer Ingemar Johansson defeated American Floyd Patterson by a technical knockout, becoming the heavyweight boxing champion of the world. That was a HUGE fight, and I do remember when it happened.

On this day in 1960, Madagascar became independent from France. Three years later, John F. Kennedy gave his famous “Ich bin ein Berliner” speech supporting West Germany after the Wall was built.  Here’s the famous words, although he says “ish” instead of the “ich” with a gutteral.

On June 26, 1977, Elvis gave his final concert—in Indianapolis, Indiana. He was found dead on August 16 of that year.  On this day in 2000, the federally funded Human Genome Project announced that it had completed a first “rough draft” sequence.  And today marks two landmarks in gay rights. On June 26, 2013, the U. S. Supreme Court ruled that section 3 of the Defense of Marriage Act was unconstitutional and in violation of the Fifth Amendment to the United States Constitution. That Act had allowed states to ban same-sex marriage and defined marriage, for federal purposes, as the union of one man and one woman. Exactly two years later, by a narrow vote of 5-4, the Supreme Court ruled that, under the 14th Amendment (equal protection of citizens), same-sex couples had the constitutional right to marry.

Meanwhile in Dobrzyn, Hili and Cyrus are discussing spiders. I asked Malgorzata for an explanation, and this is what she said:

Your post that we translated today is about ballooning spiders and Hili, who read it, is especially attuned to spiders today. She is a bit afraid of spiders and she is hiding behind Cyrus. Cyrus wants to reassure her and he says that it’s spider who is afraid of Cyrus which means she has nothing to be afraid of.

Hili: Do you see this spider?
Cyrus: Don’t frighten him. He is afraid of me. 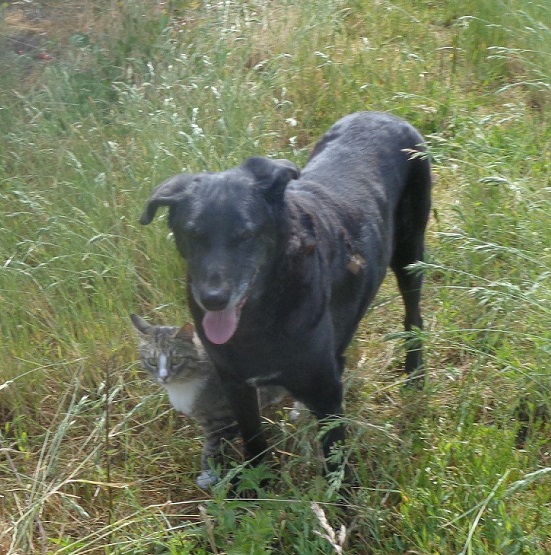 Some tweets from Matthew. This first one is hilarious, even if it’s an old joke:

Rothera Point is a British station in Antarctica.

Every time I walk around Rothera point the view takes my breath away. Today the light and calm was magical #Antarcticwinter pic.twitter.com/7csRV81fVW

As Matthew noted of this video, “A cat wouldn’t even blink!” D*gs!!

A roo on the pitch!

These are blood-engorged TICKS! OMG!

I did not know hamsters deflated when they slept pic.twitter.com/JOCKxFBPmz

This tweet has disappeared, but Matthew sent me a screenshot. It’s Cygnus, the cat with the world’s longest tail. Cygnus Regulus Powers, the cat with a tail that’s 44.66 cm long (17.58 inches), happens to live with the world’s tallest cat, Arcturus, who is 48.4 cm tall (19.1 inches) and still growing. Cygnus is a Maine Coon, but Arcturus, a savannah cat, has genes from a tall wild felid and so his record shouldn’t really be vaid. See the video below the tweet to observe these cats: 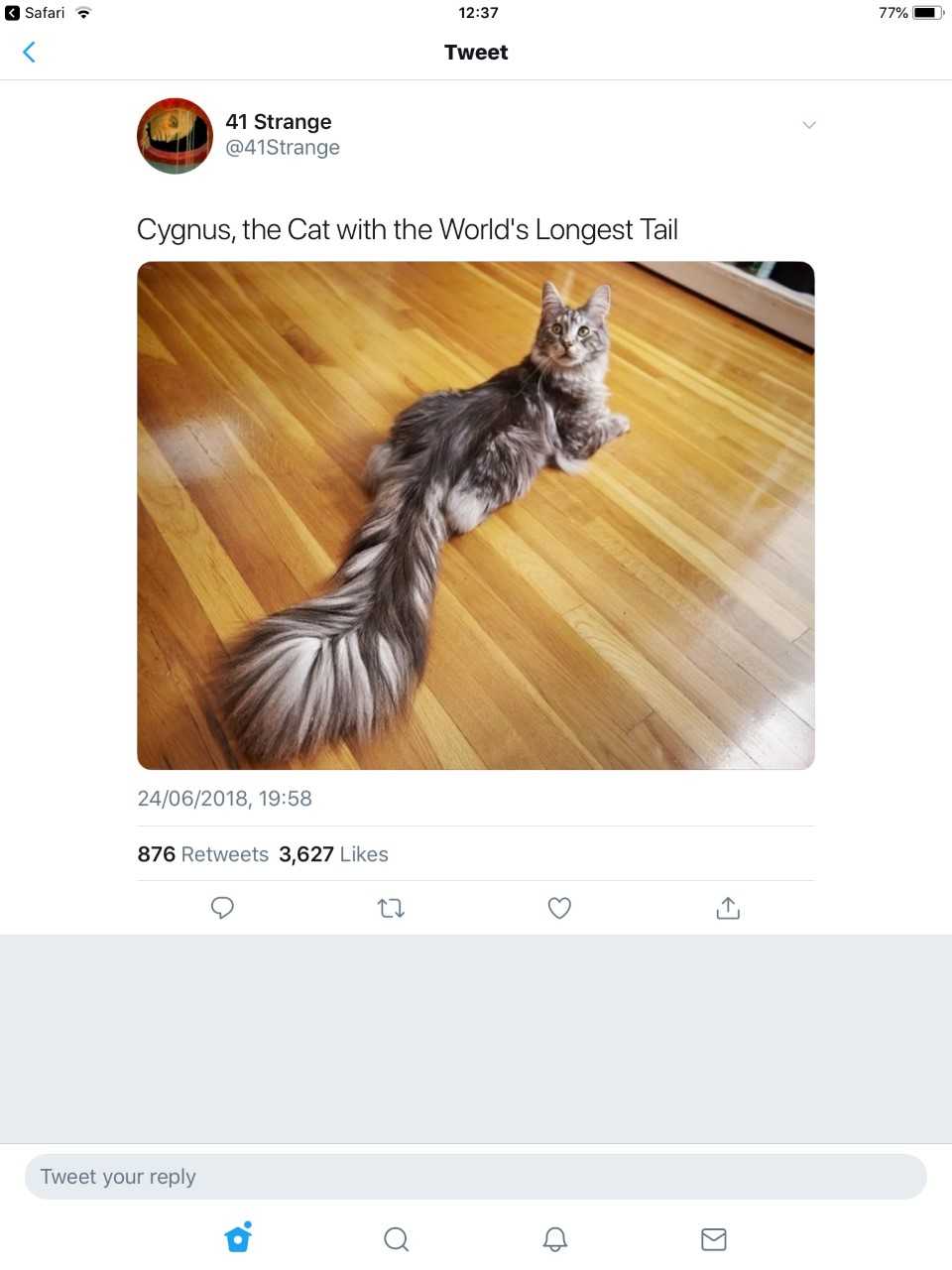 Francesca Stavrakopoulou, who I think is an atheist, is also Professor of Biblical and Ancient Studies at the University of Exeter. She’s got a great sense of humor.

A study which sought to understand how American Christians picture the face of God has found that most see the Creator as young, Caucasian, and malehttps://t.co/AteBnI9AN6

And remember A. N. Wilson, whose Darwin-bashing biography I raked over the coals? Well, here’s a tweet from yesterday that singles out an article Wilson wrote in The Spectator. I can’t be arsed to read it.

congratulations to the British for making me gag yet again pic.twitter.com/bFPsxZEpPN

As for Prime Minister May, here’s a picture of her curtseying to her future King. Seriously, those of you who like the royalty—is this seemly? Does any human being, including one who’s not even King yet, deserves this kind of obsequious behavior?  (h/t: Grania) 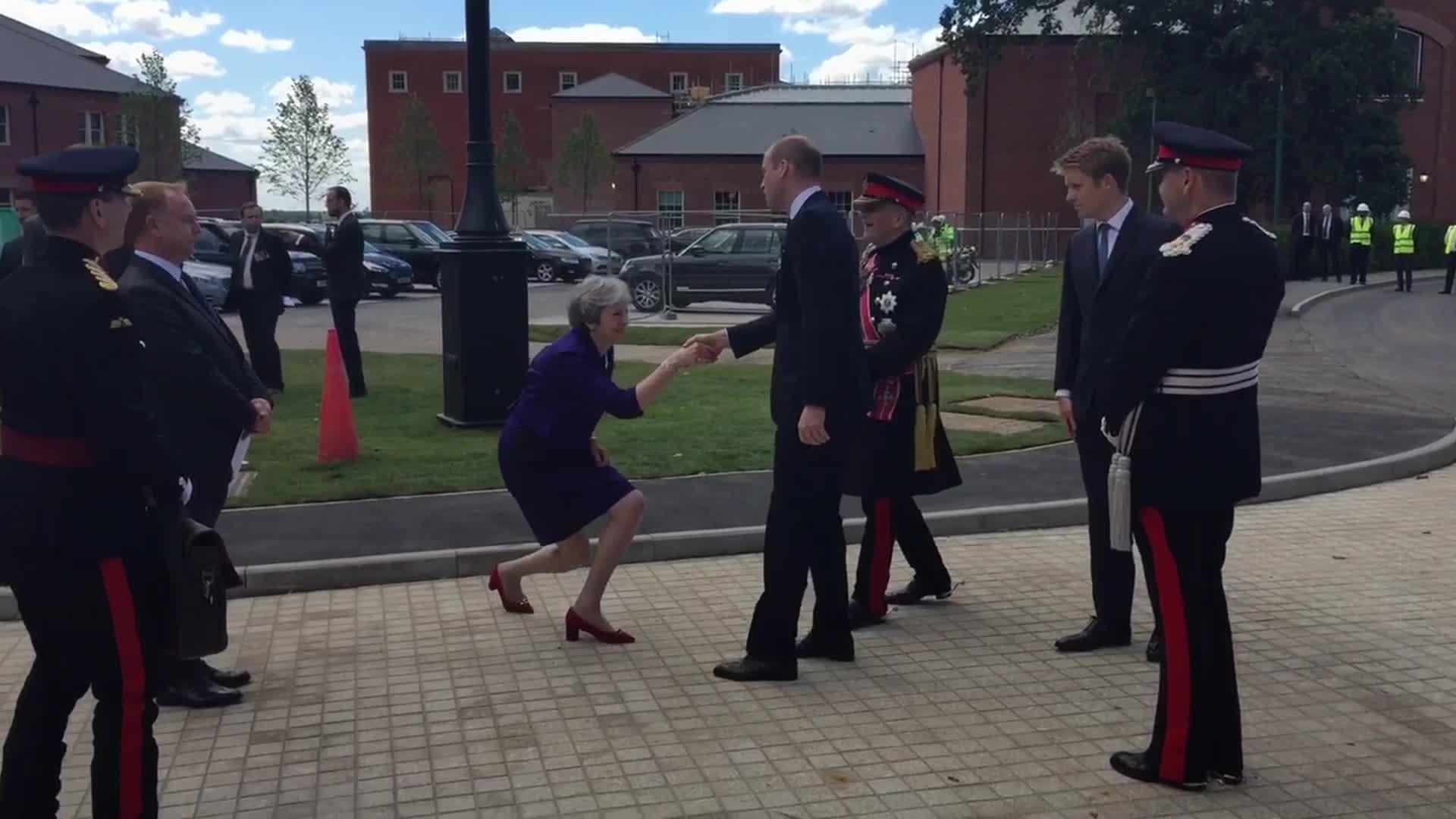