You can find a summary of the survey (5,035 adult Americans, 18 or older) by clicking on the screenshot below, and the full pdf is here. 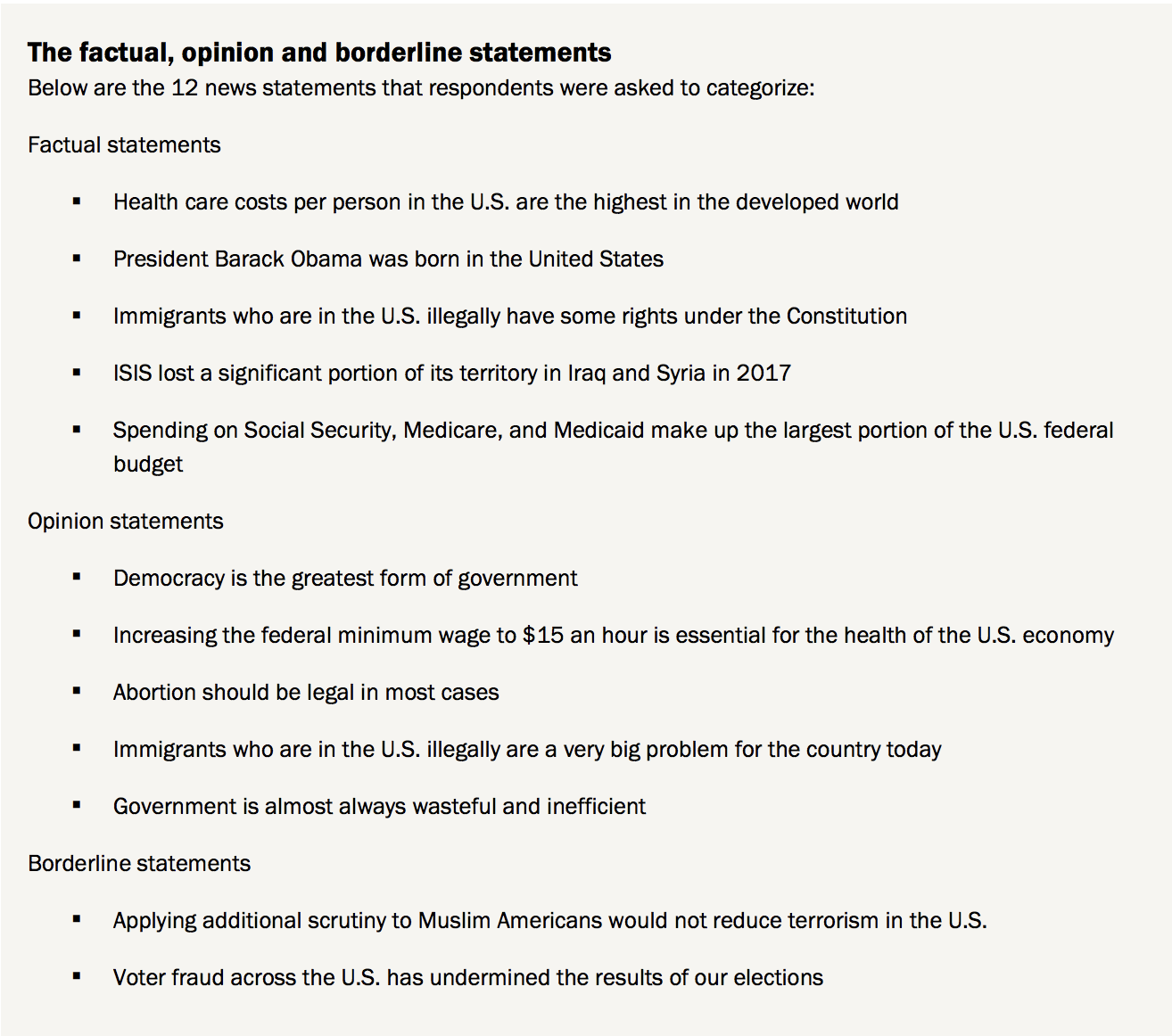 And here’s what the respondents were asked; remember, a “factual” statement simply makes a factual assertion—it doesn’t have to be true:

Overall, only 26% of all the respondents correctly classified all five factual statements, and 35% correctly classified all five opinion statements. This is a bit disheartening to me, as the distinction above seems pretty clear (I’m ignoring the “half factual/half opinion” statements). However, academics or scientists might be better trained to distinguish fact from opinion, as the former are the ones that are empirically testable.

As the chart below shows, people judged to have high political awareness, digital savviness, trust in the news media, and interest in the news, were (with exception of opinion for the news hounds) better able to classify a statement as fact or opinion. 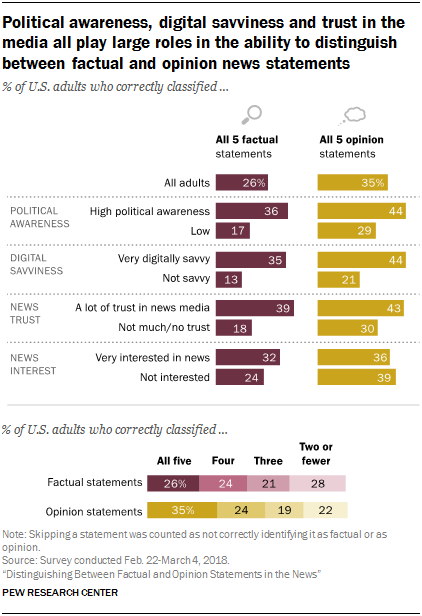 Further, both Democrats and Republicans were more liable to classify BOTH factual and opinion statements as “factual” when those statements were congenial to their political ideology. This graph shows that as well. Look, for example (bottom half of figure), at how much more often Republicans classified the opinion statement “illegal immigrants are a very big problem for the U.S” as factual than did Democrats. Conversely, more Democrats than Republicans saw the “we need to increase the federal minimum wage for the health of our economy” opinion as a statement of fact. 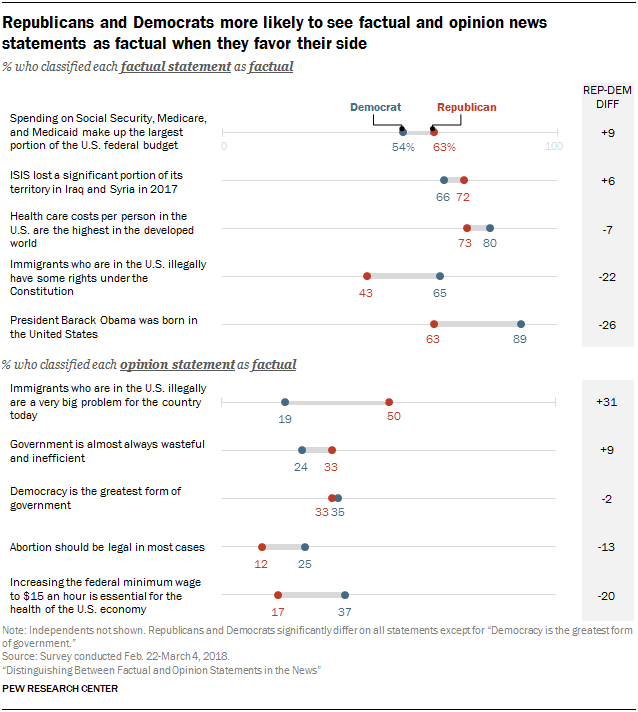 There’s a lot more to this survey than the brief summary I’ve given here, but these are the main results. The upshot to me is that Americans are worse than I thought at distinguishing between fact and opinion, but they’re not hopeless.  And when a statement is an opinion, both Democrats and Republicans are more likely to see it as factual if it’s ideologically appealing (there’s no real difference between the parties in their overall error rate here).

It would be interesting to ask other questions as well, like “Hate speech (speech that denigrates religion, ethnicity, or national origin) is prohibited by the U.S. Constitution” (a factual statement, though a false one), and “The Constitution allows all Americans to own handguns to protect themselves.” (Another false factual statement; not all Americans are allowed to own guns.) You can also invent your own questions.

Upping the percentage of people who can distinguish between facts and opinions could in fact be a very useful goal of a “critical thinking” course. In fact, it might be the very first exercise in such a course.