This speaks for itself (click on screenshot to see article): 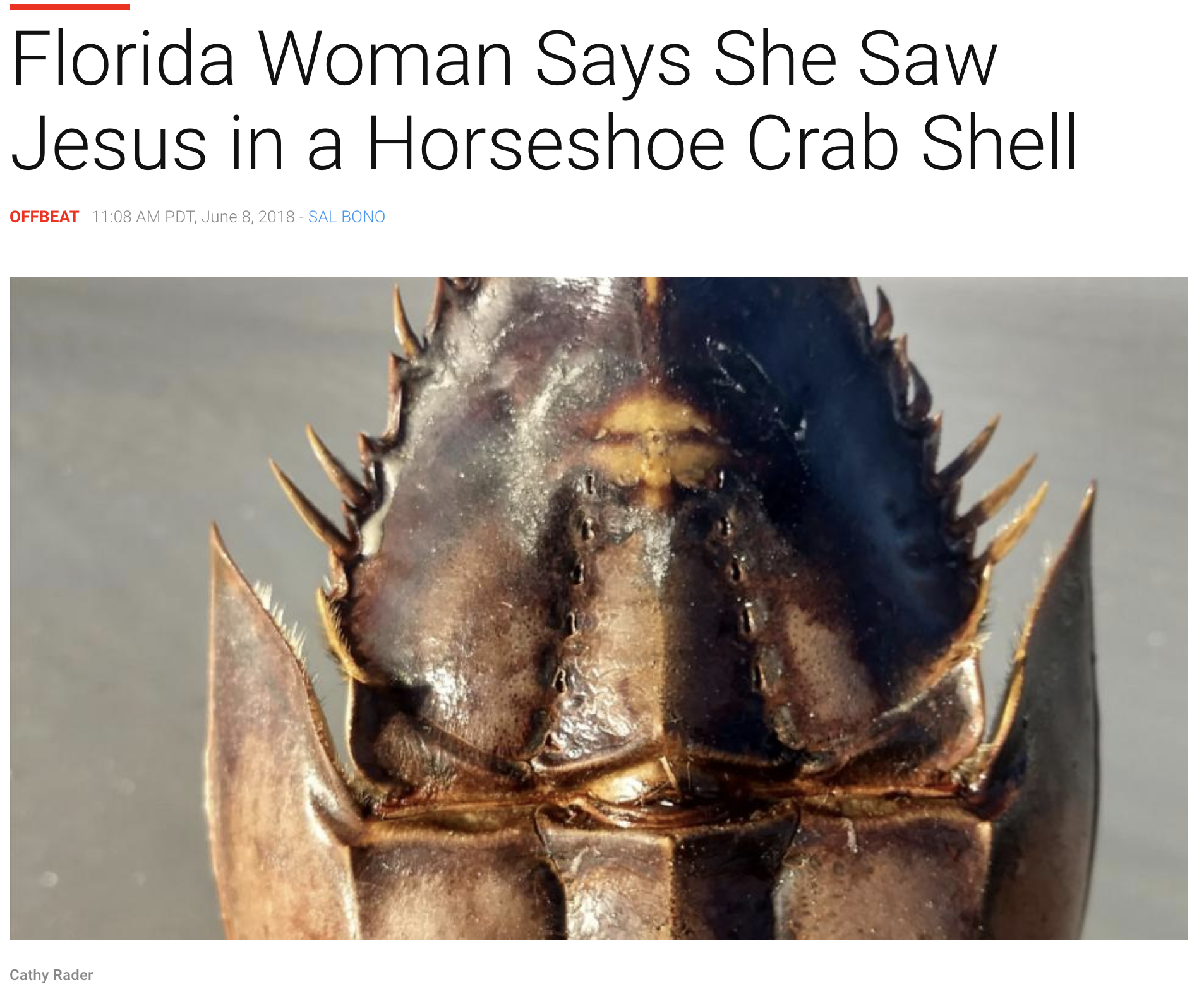 This would be Limulus polyphemus, the Atlantic horseshoe crab. Is it also a sign that this species is regarded as a “living fossil”? 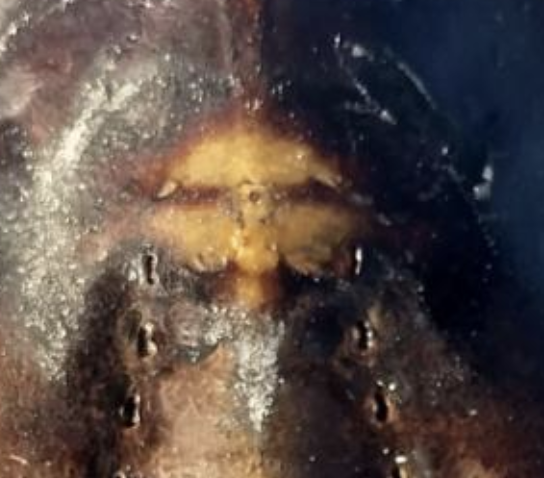 A Florida woman seeking inspiration from a higher power was shell-shocked as she found it — on a horseshoe crab.

Photographer Cathy Rader, of New Smyrna Beach, Fla., had recently quit her job to work full time on a picture book about her town. Eager for help, she called out to God and asked for a sign.

The devout Christian then turned to a horseshoe crab shell that was recently given to her and held it up to the light — and that’s when she saw it: an image of Jesus Christ on the bottom.

“It is crazy,” Rader told InsideEdition.com. “I was trying to find funding for my book and asked God for help and he is always saying, ‘Wait on me.'”

At first, she didn’t believe it and started Googling for images of the top of a horseshoe crab shell. She found hers looked totally different.

When she showed it to her friends, many agreed it looked like Christ. Others did not.

“It doesn’t look like him to every person, but when you hold it to the light, it comes through,” she said.

She said she is “absolutely” taking it as a sign from above.

Rader received the shell on May 4 and made the discovery a short time later. She said she wanted to keep the news of the image to herself at first, but then shared it with a local news station, which helped her crab shell go viral.

The shell is now on display at a local library in the town, where it’s protected by a glass case and security.

“Not everyone is going to see Christ and that is totally fine,” she said, adding, “It is something for me.”

But will she get funding?

There’s also a link to her book, but it says “unsafe” when you click on it. I think it’s fine, though.

Try this one, too. There’s a video! But this Jesus looks a bit, well, unsavory. 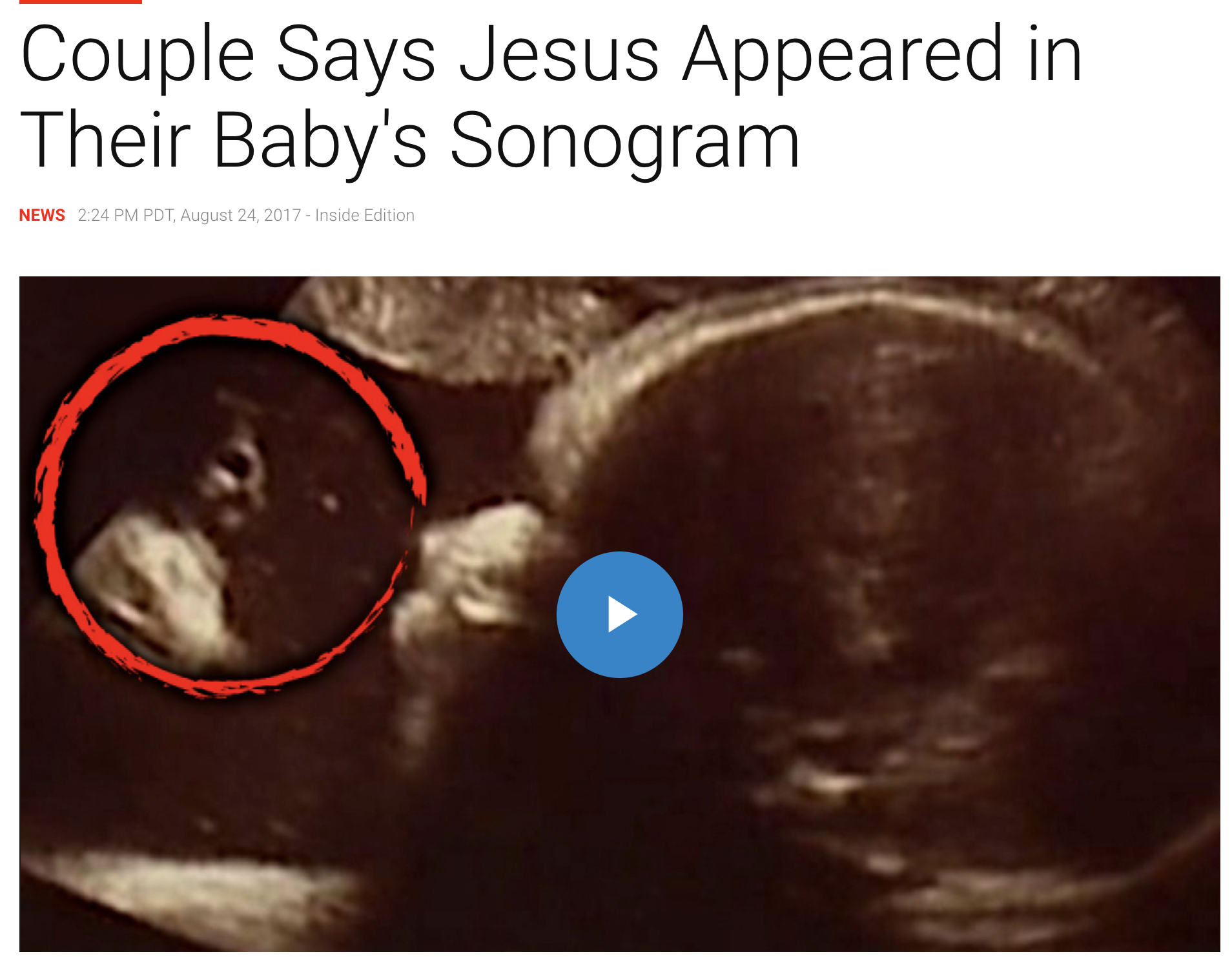