I’ll combine a duck post with a food post today. Since “d” comes before “f”, here’s the Daily Duck Report.

I’ve not much to tell: there are still eight ducklings and they’re entering their awkward teenage stage, with their down becoming spiky feathers. They’re still ineffably cute, though. And their peeps, which they make when separated from mom, are getting louder. I now have a ton of duck food, but don’t know if it will see me through fledging. And they’re foraging on their own, both on the grass and in the lily pads. This is from today’s noon feeding: 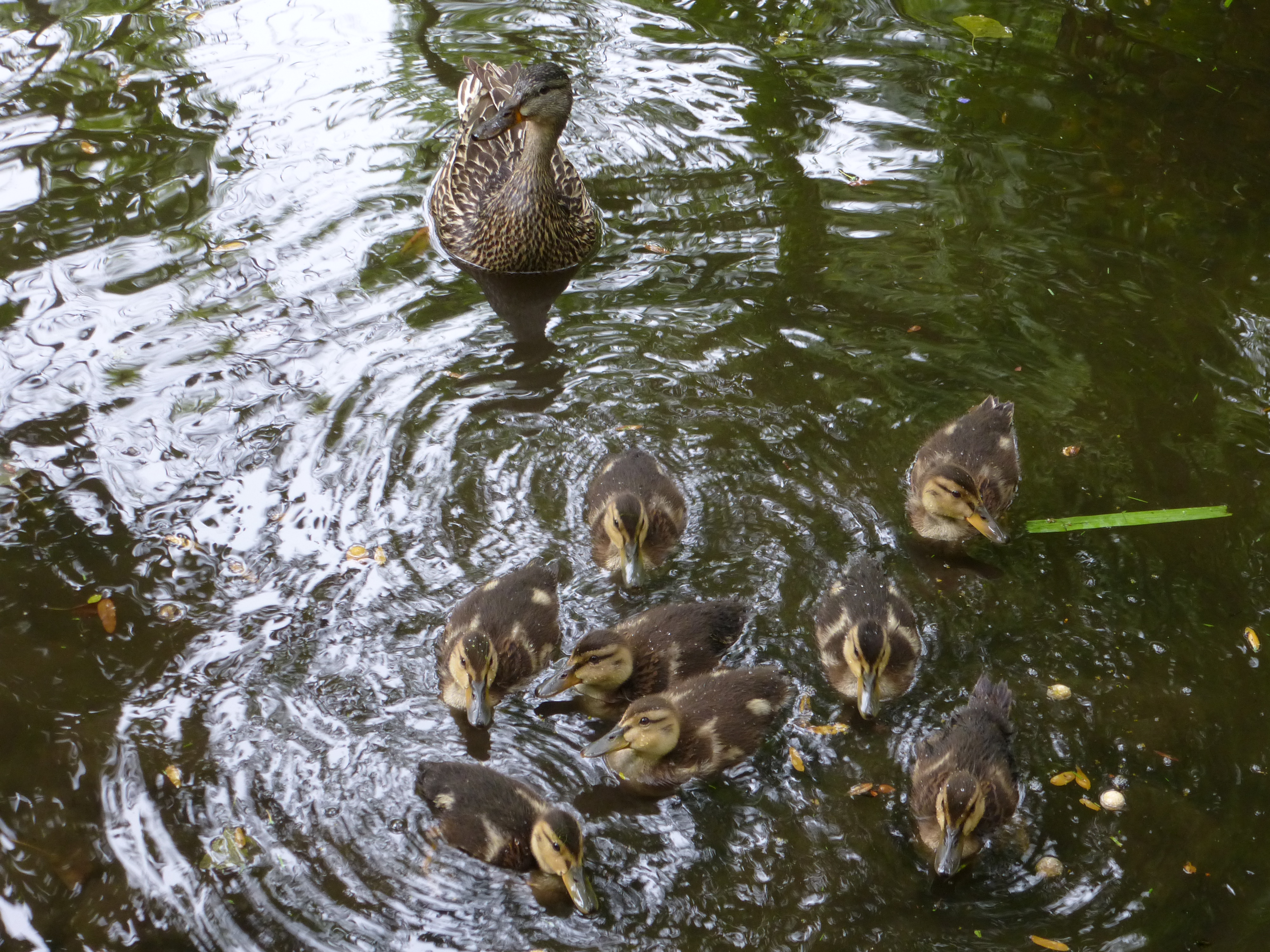 Frank hasn’t been seen in two days, and I wonder if he’s gone for keeps. Though he’s likely the father of these ducklings, and used to eat from my hand, I have mixed feelings, since he chased and disturbed the ducklings during feeding time. Henry’s still around, though, and is still being chased around (and out of) the pond by Honey. I give him food on the grass. Poor beleaguered mallard! Here are two views of the lad. 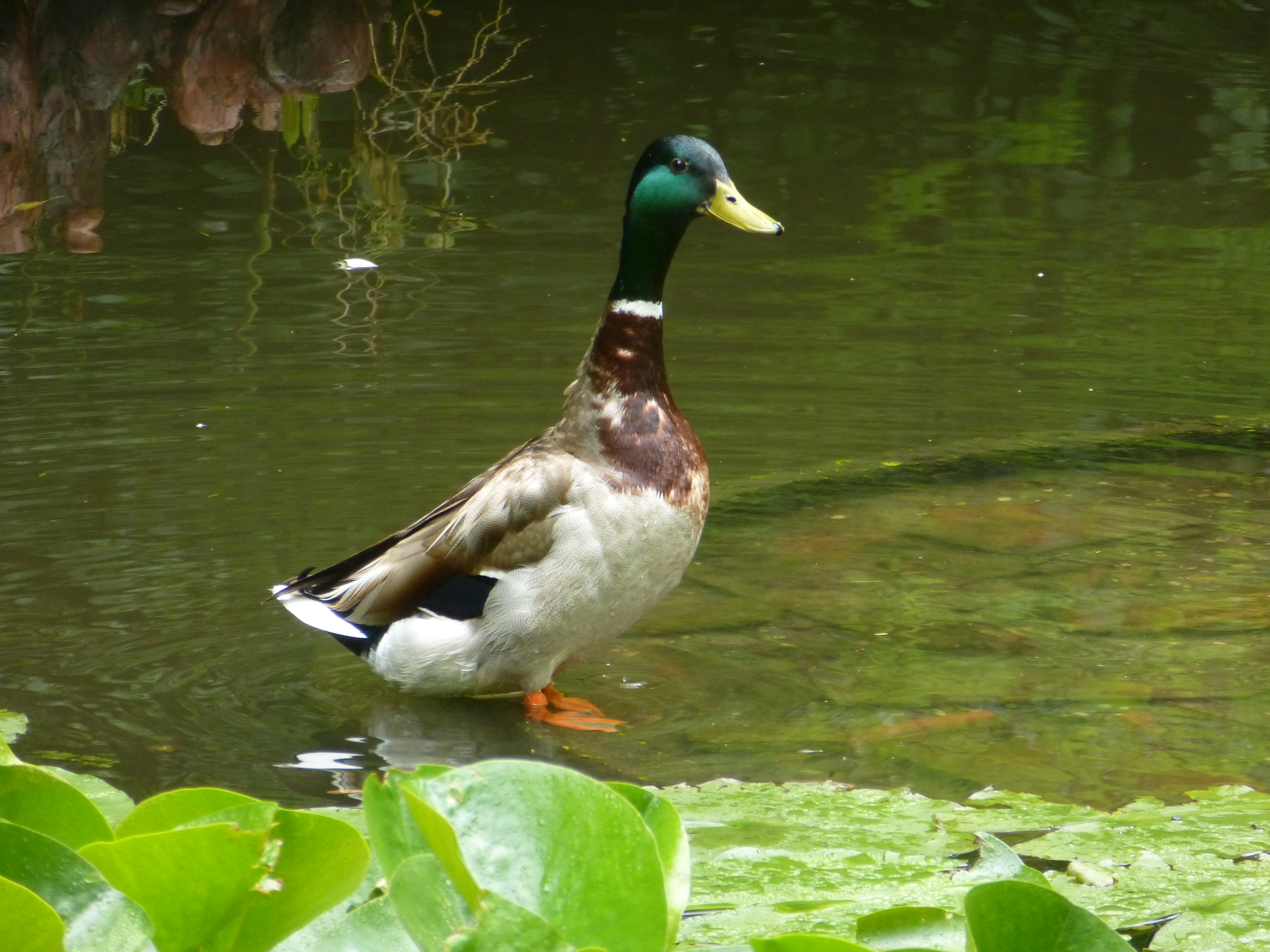 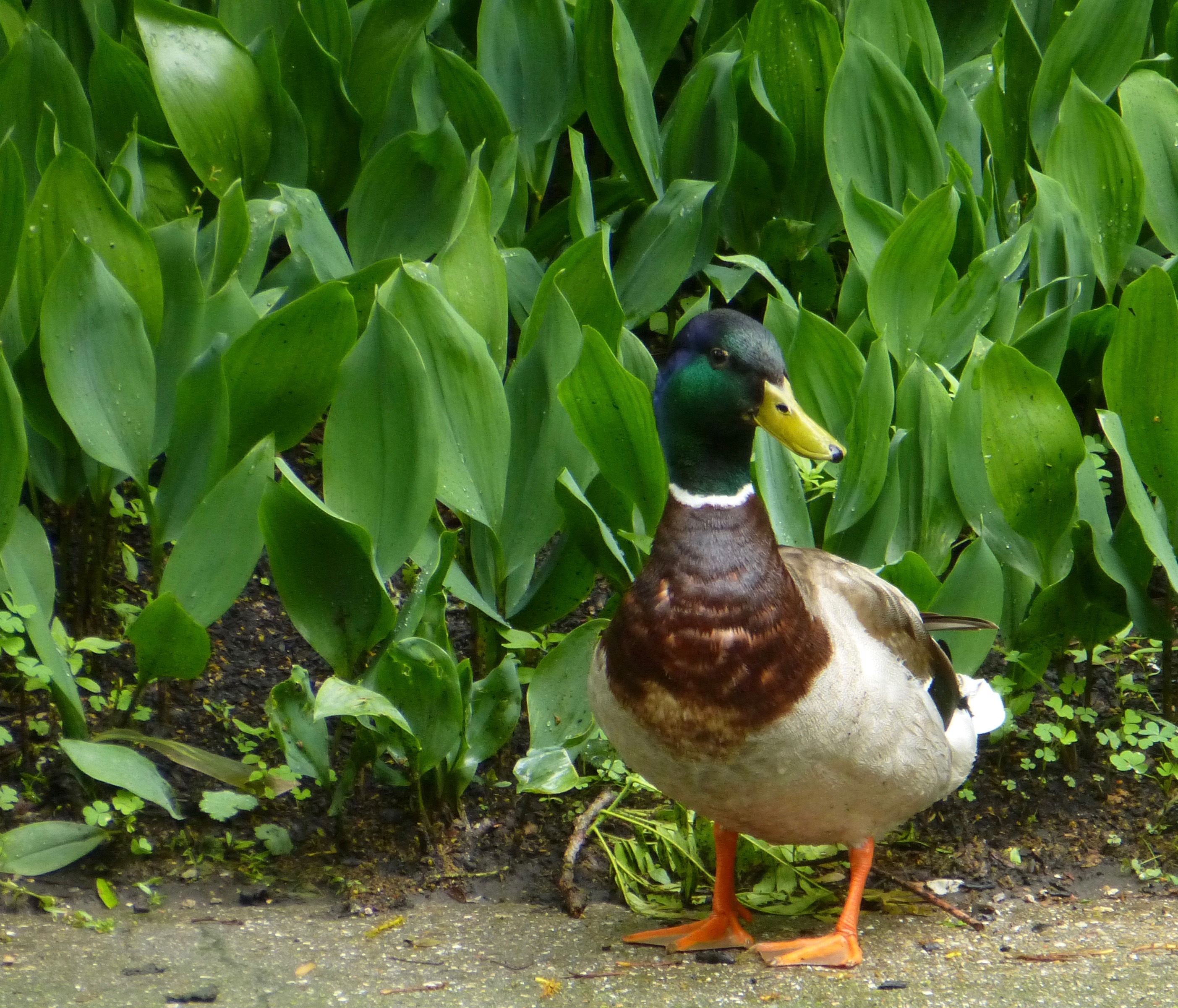 Next, food. Yesterday I met my friend Simon, who does research on prostate cancer up in Evanston, for one of our occasional meals in local restaurants. This one was my choice, the Birrieria Zaragoza, near Midway Airport. It specializes in marinated and stewed goat; in fact, that’s all there is on the menu except for quesadillas. You can have a big or small plate of goat, with bone in or bone out. The juices that come on the plate make a terrific soup, and of course must be spooned up and slurped. 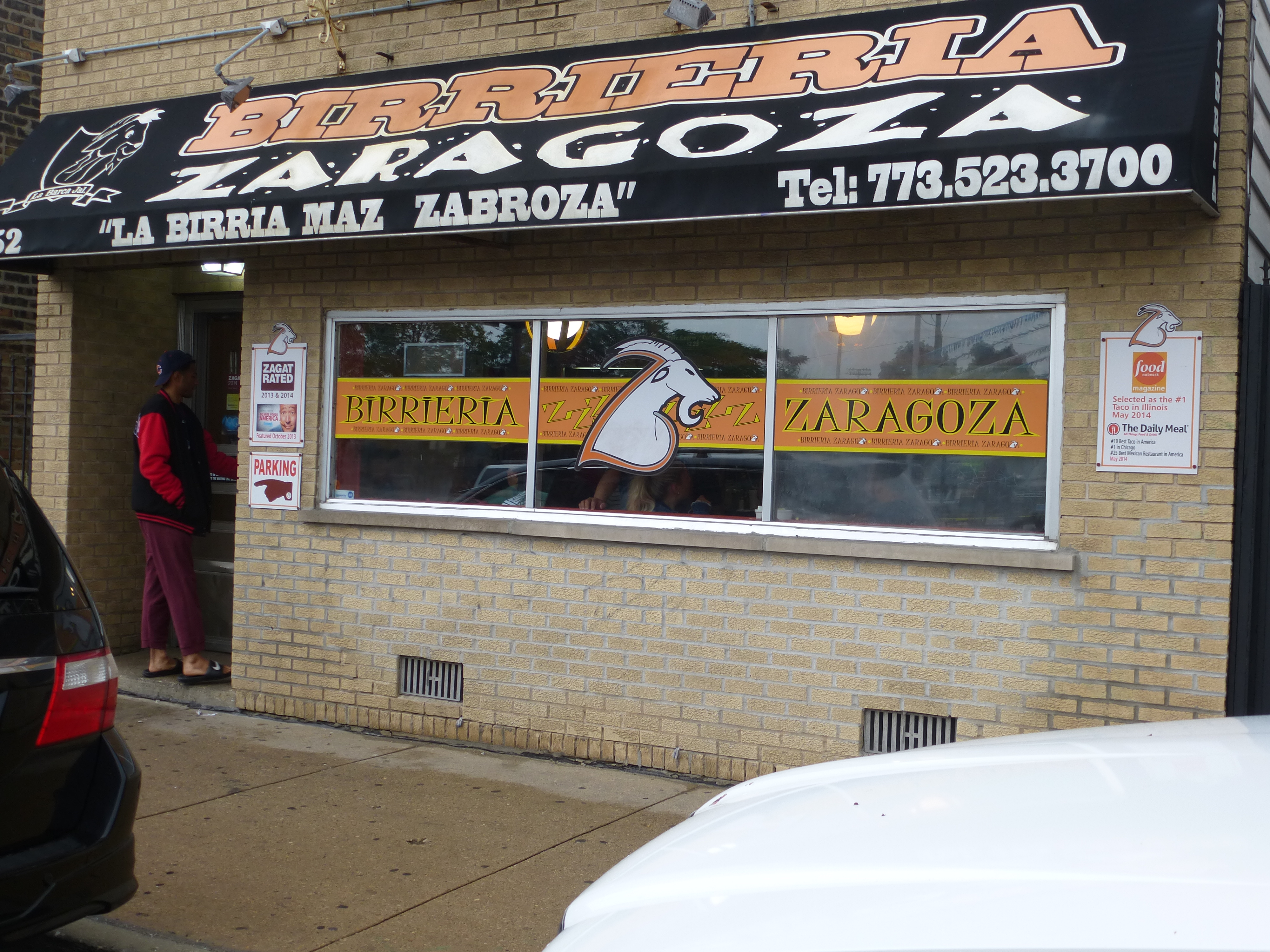 It’s a very small place, and wildly popular. Best not to go on a Sunday, we were told, but we didn’t know any better. The manager told us that they can have up to 100 people waiting for just a few tables. Fortunately, we were just two people, and got seated in about 20 minutes. Here’s the interior: 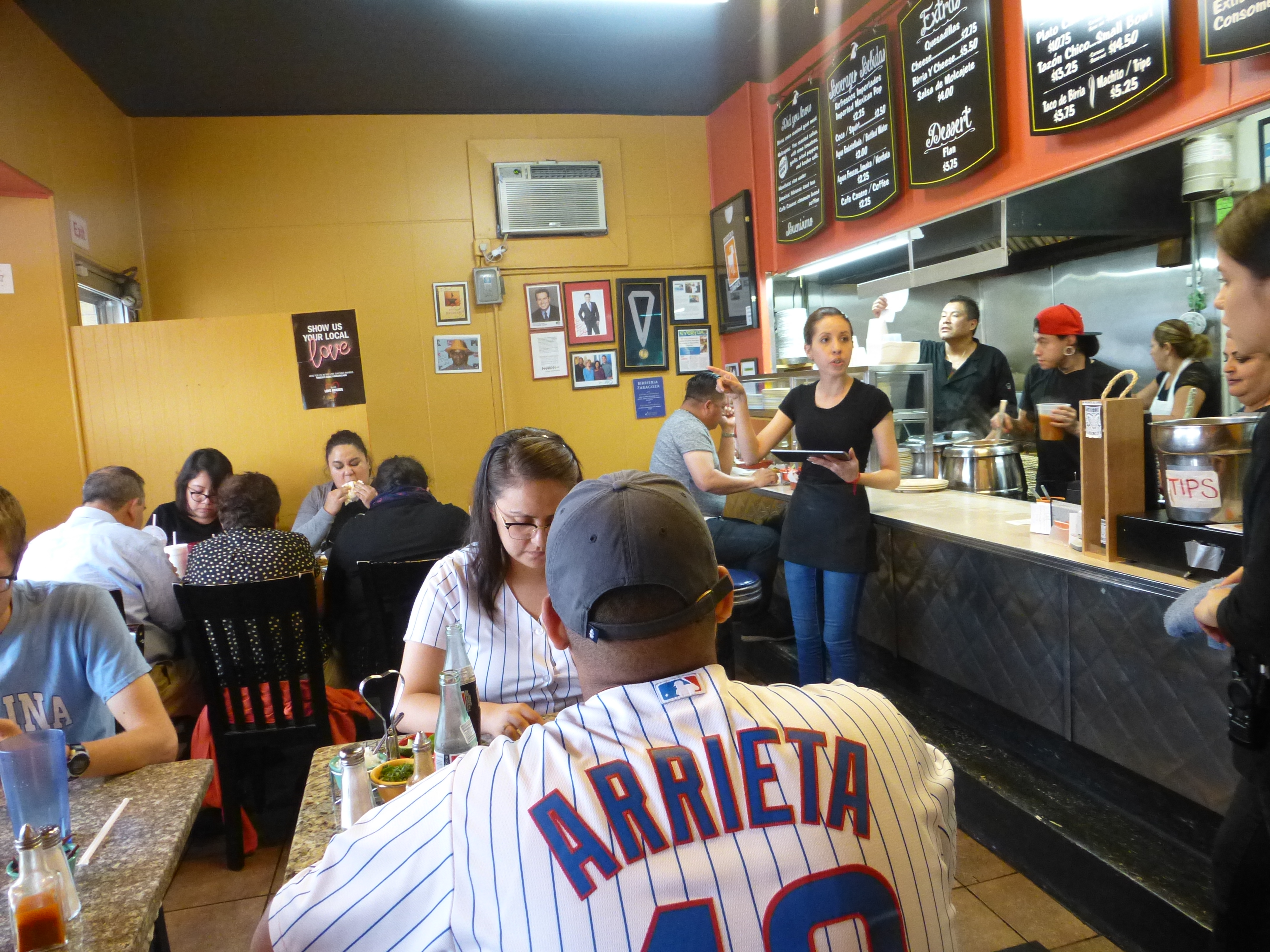 I got the big plate, no bones; Simon went for the bones. The dish comes with a thick tomato salsa, diced onions, cilantro, fresh line, and an endless supply of the best corn tortillas I’ve ever had: thick, made by hand, and served so hot they burn your hands. You make tacos with the goat: 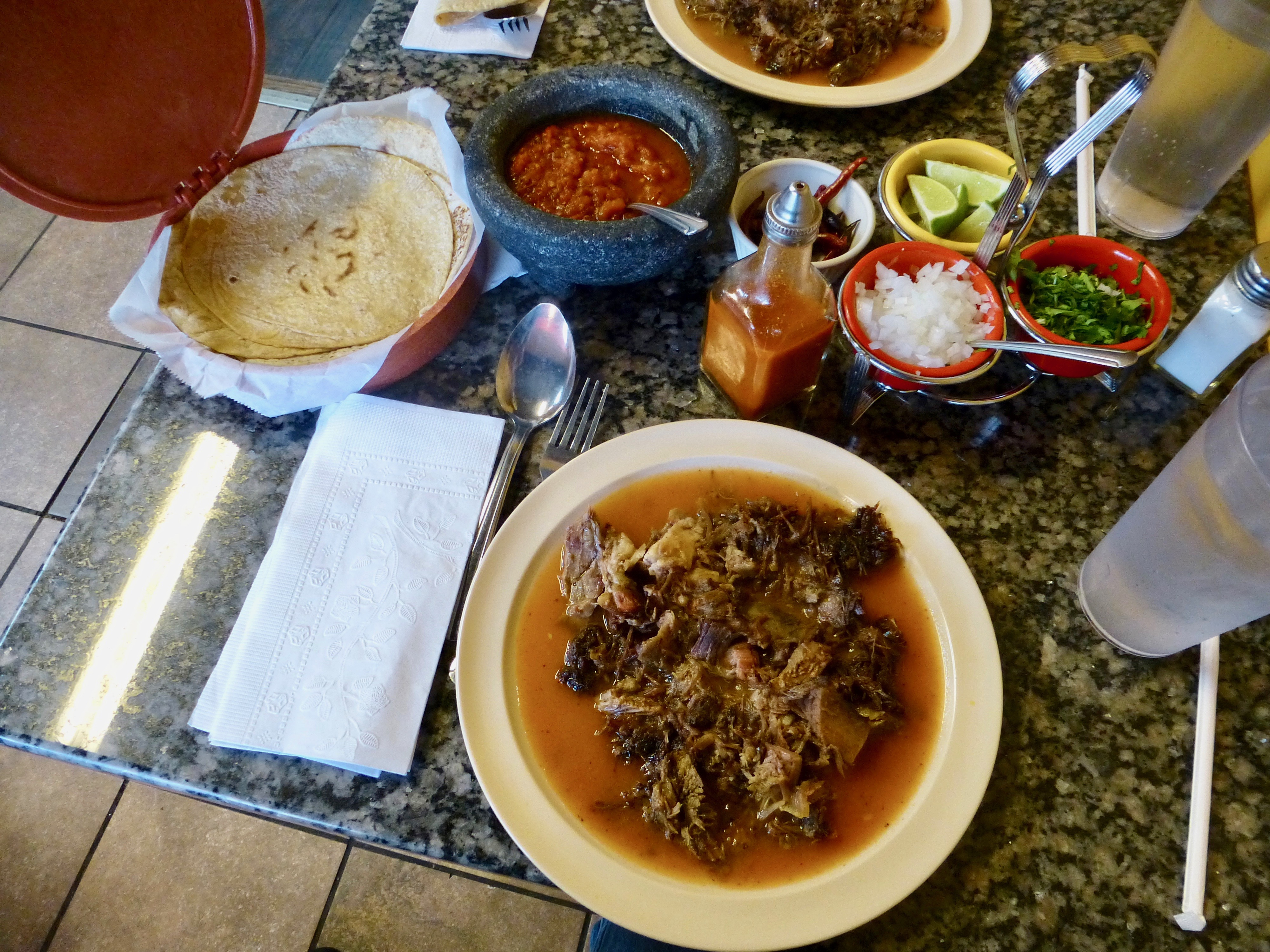 A well constructed taco. You can see how thick those tortillas are. We went through six each, and could have had more had we not finished the goat. It was fabulous! 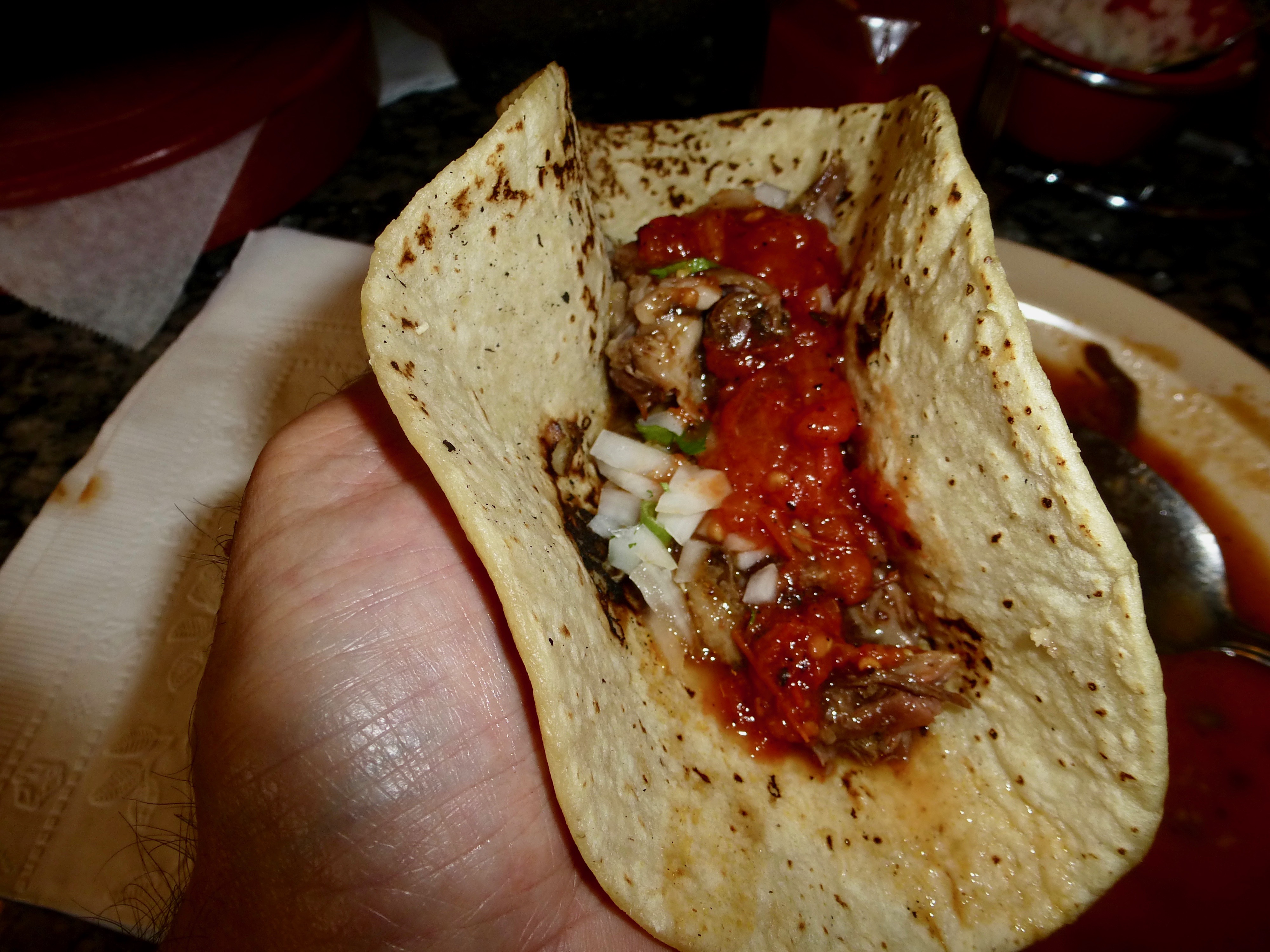 Driving home, I decided I wanted a paleta for dessert; these are handmade Mexican fruit ices, and at this nearby place came in about 25 flavors. I opted for strawberry but now regret I didn’t get mango or even rice pudding. (I should also have photographed the big case full of them.) A paleta is a light and refreshing dessert after a heavy meal of goat. This paleteria specializes not only in paletas, but Mexican ice cream in tropical fruit flavors, and various yogurt concoctions also made with tropical fruit. They also have regular food. 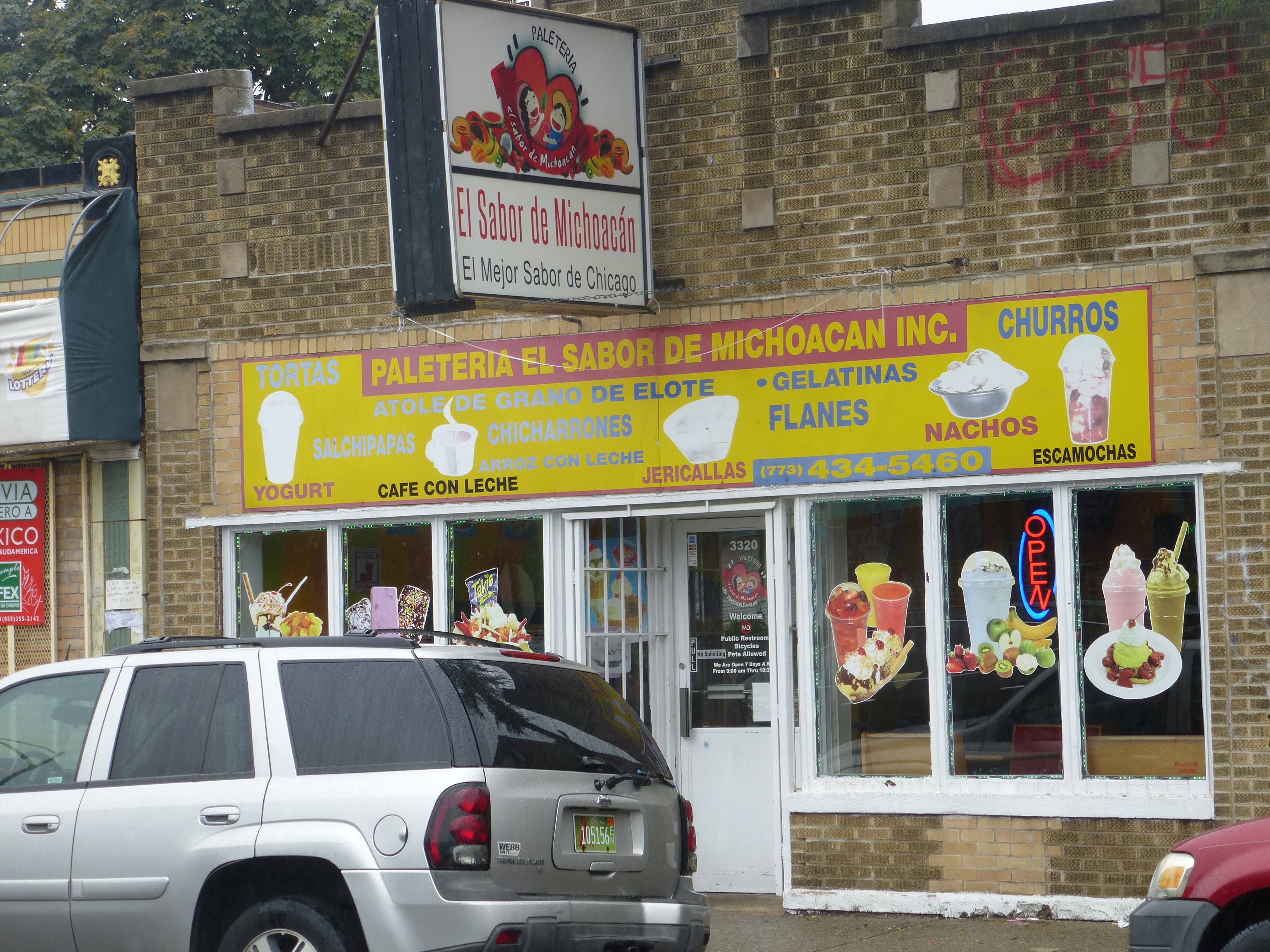 My paleta fresa, which soon vanished into my gob. The fruit and water are mixed with milk, so these are called paletas de leche. 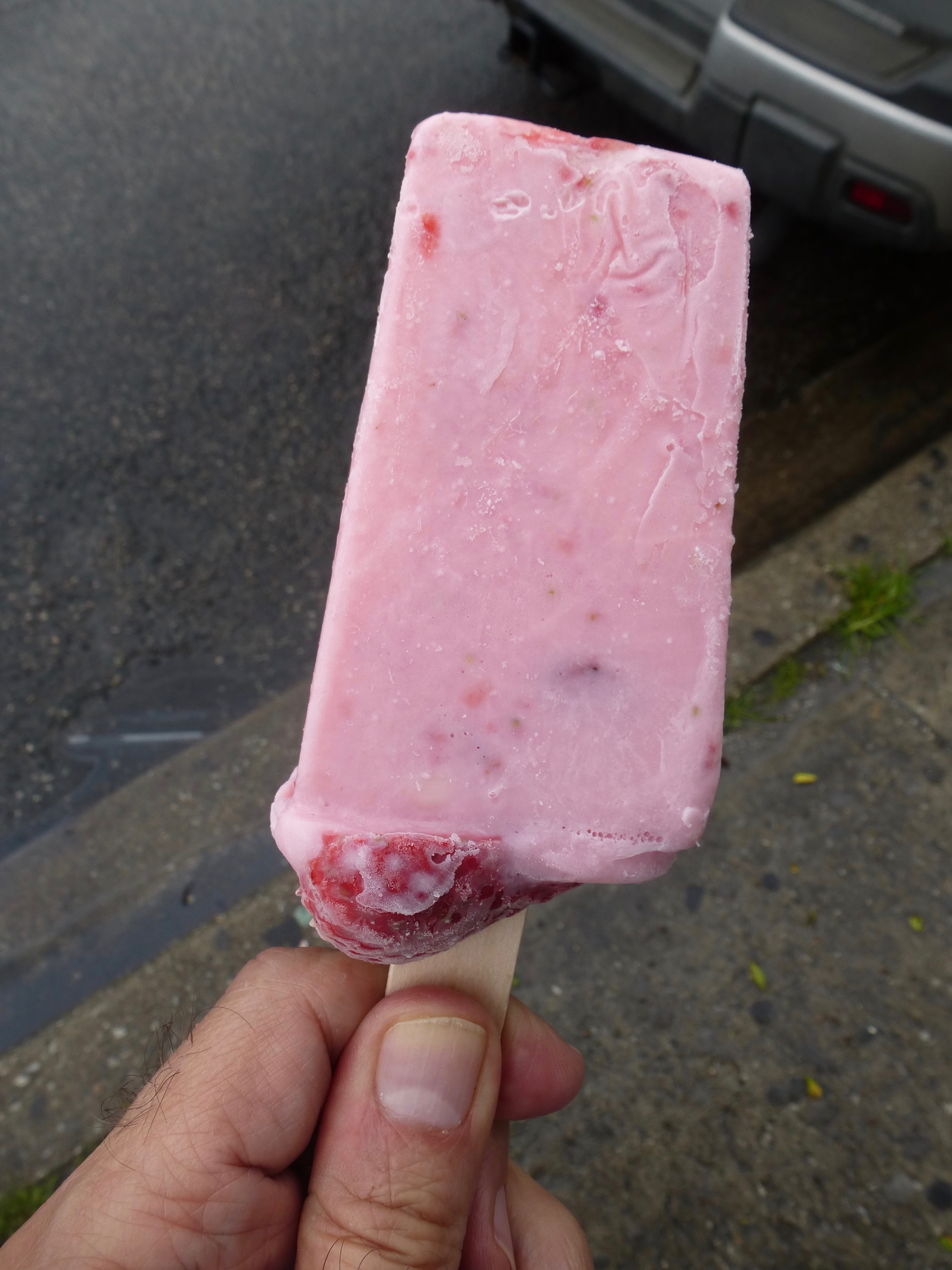 20 thoughts on “Ducks and food”