Well, from Jezebel we have a short article with a video showing performing cats from the t.v. show “America’s Got Talent”. But the talent here is mostly in the cats! This video shows that the moggies are a little reluctant at first, but then perform like troupers. I like the one who scuttles over the poles upside down, and jumps through the paper-filled hoop.

From The Economist we have this provocatively titled article found by Matthew (click on screenshot to read it). It deals with pneumatic tubes, something still used in the drive-in-windows of my bank (there are three, and the outer two use tubes to carry checks, money, and so on. The article mentions how tubes were widely used in place of electronic transmissions in the nineteenth century, as they were actually faster. 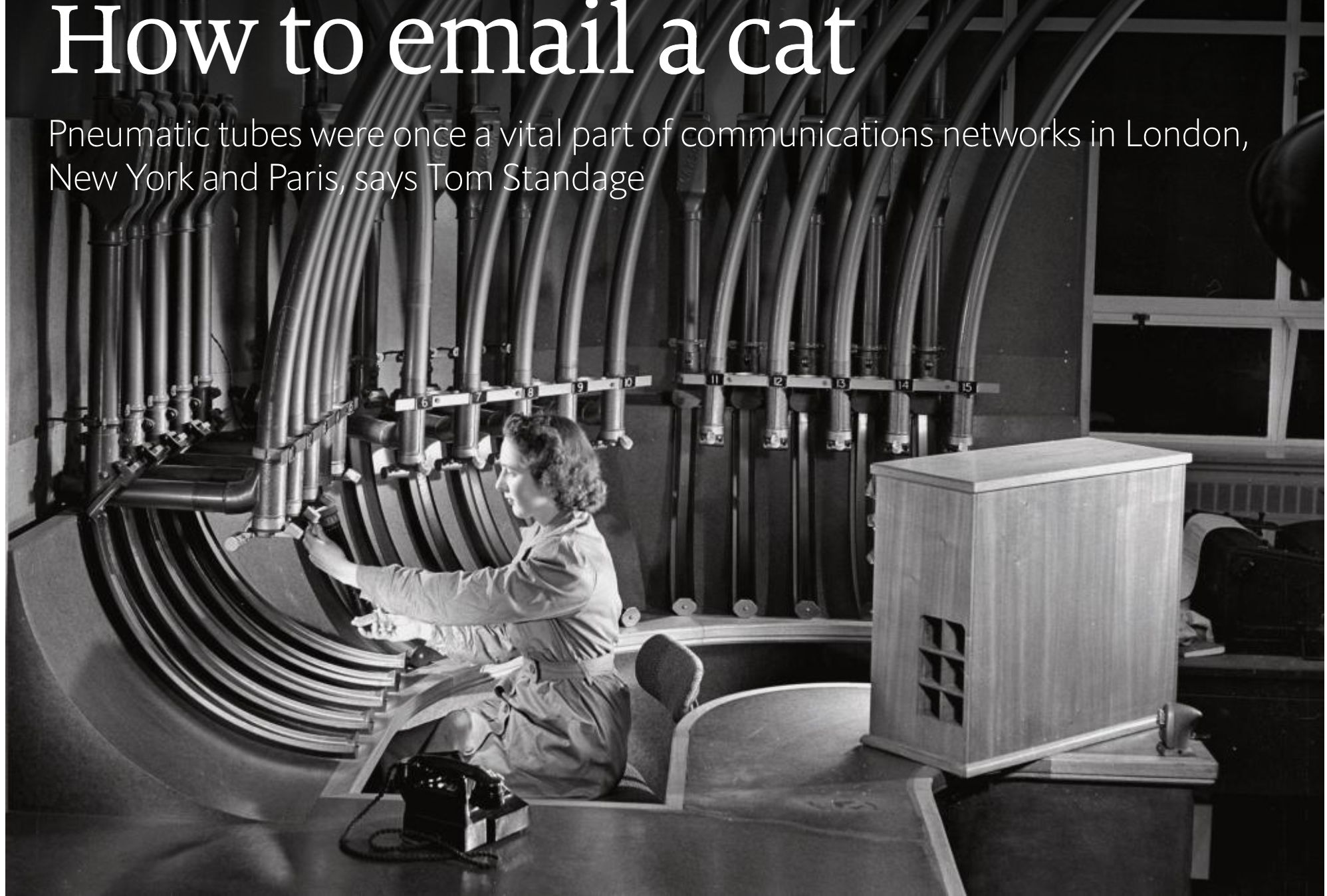 And about the cat, well, the emphasis is mine:

One of the most elaborate versions was built in New York, linking several post offices in Manhattan and Brooklyn. With tubes eight inches in diameter, it could handle small parcels. At its inauguration in 1897, a tortoise-shell cat was sent from the south end of Broadway to Park Row, nearly a mile uptown. The cat was dazed, but otherwise unharmed. Paris developed the most extensive network – it opened in 1879 and was capable of delivering a message anywhere in the city within two hours. Sending a “pneu” involved filling in a pre-paid form and handing it in at a post office, or posting it into a mailbox on the back of a tram. The missive would soon wing its way through the pneumatic-tube network to the post office nearest the recipient.

Pneumatic tubes are still used to carry order slips in some libraries, to move cash out of tills in large shops, and to transport blood samples in hospitals. But improvements in communications technology, and the use of vehicles to carry mail, meant tubes were no longer needed to send messages. They had largely died out by the mid-20th century, though the Paris system remained in operation until 1984.

Here, from Tadashi Tokieda, is a way to see a reflected cat:

What first started as an April Fools’ joke, Bandai has now released a full line of weaponized cat action figures. The Nekobusou, or “armored cats” in Japnese, will be priced starting at 500 yen (~$4.50) for the basic figures (namimori) and will go up to 1,388 yen (~$12.50) for the most elaborate ones (tenkomori.)

Two of these monstrosities and an ad (if you read Japanese, translation will be appreciated): 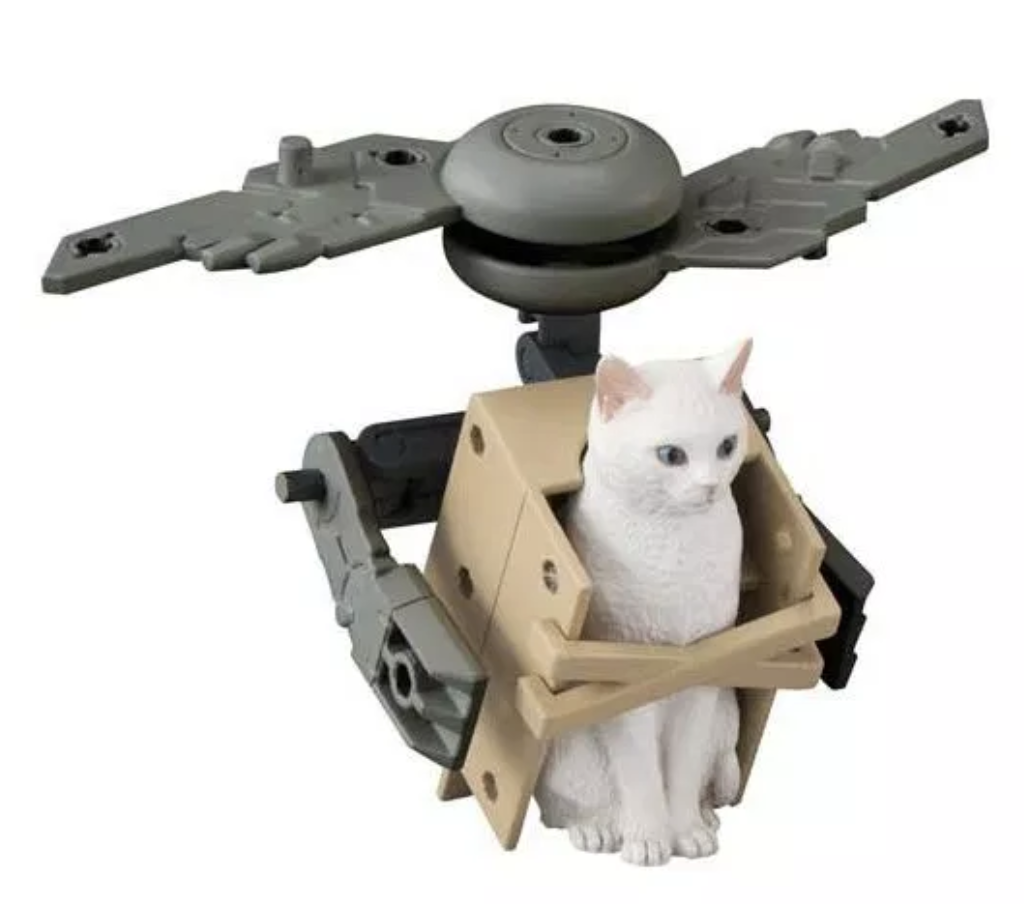 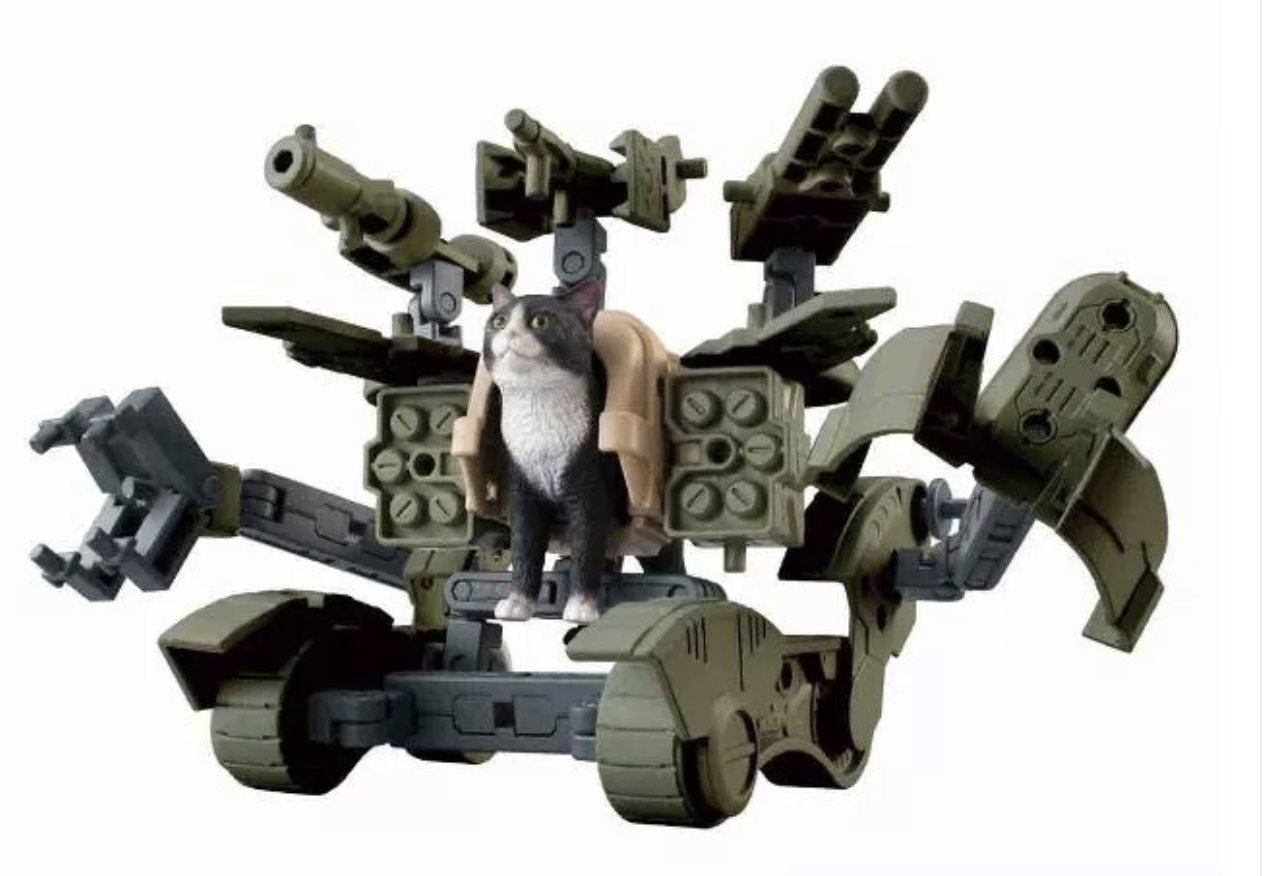 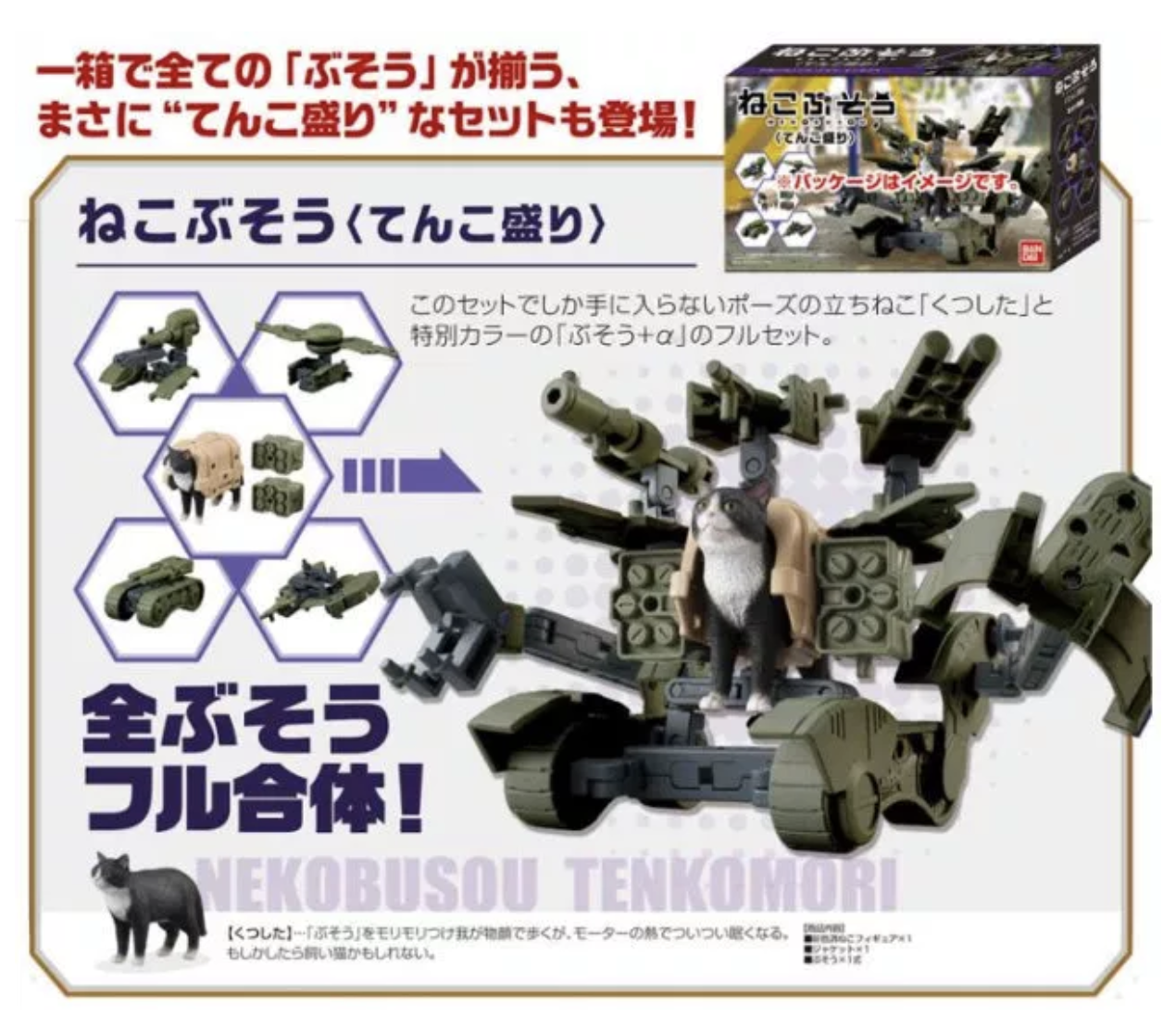