Sadly, Monday is here again. It’s not only the start of another work week, but we’re also one day closer to death. (As Dawkins would say, “That makes us the lucky ones,” but somehow I’m not consoled.) It’s June 4, 2018, and National Eggs Benedict Day, a dish that Anthony Bourdain says never to order at brunch (in fact, he says avoid restaurant brunches.) And it’s also International Day of Innocent Children Victims of Aggression.

Lots happened on June 4. In 1411, according to Wikipedia “King Charles VI granted a monopoly for the ripening of Roquefort cheese to the people of Roquefort-sur-Soulzon as they had been doing for centuries.”That means, of course, that it should be International Roquefort Cheese Day.  On this day in 1783, the Montgolfier brothers gave the first public demonstration of their hot air balloon (montgolfière). On June 4, 1876, the first transcontinental train journey in the U.S. ended in San Francisco; it took only 83 hours and 39 minutes from New York, and I don’t think that’s much slower (or even faster) than the trains today.  On June 4, 1896, Henry Ford finished the “Ford Quadricycle”, his first gasoline powered vehicle, and drove it successfully.  On June 4, 1912, Massachusetts became America’s first state to mandate a minimum wage, though New Zealand was the first country to do so: in 1894. Go Kiwis!  It was on this day in 1913 that an infamous episode in the history of women’s rights took place: the suffragette Emily Davison deliberately ran in front of King George V’s horse at “The Derby” race, was struck severely, and died after four days. Here’s a video, but don’t watch it if you don’t want to see her get hit:

Here’s a sad June 4 event, underscoring how little other countries cared for Jewish refugees from the Nazis:  as Wikipedia notes, on this day in 1939, “The MS St. Louis, a ship carrying 963 Jewish refugees, is denied permission to land in Florida, in the United States, after already being turned away from Cuba. Forced to return to Europe, more than 200 of its passengers later die in Nazi concentration camps.”

On June 4, 1940, the evacuation of British troops from Dunkirk ended; 338,000 men were returned safely. On that day Winston Churchill gave his famous “We shall fight on the beaches” speech to the House of Commons. Here it is, a bit more low-key than I remember:

On this day in 1944, the U.S. Navy captured the German submarine U-505: a foreign vessel capture that had not happened since the eighteenth century. The sub is now on display at Chicago’s Museum of Science and Industry, just a few blocks from where I sit, and is well worth seeing. I believe part of the movie Das Boot was filmed inside it. It’s remarkably cramped in there! Finally, on June 4, 2010, the first flight of the SpaceX Falcon 9 rocket took place from Cape Canaveral in Florida. After orbiting the Earth, it re-entered and disintegrated on June 27. Some highlights:

Notables born on this day include George III of England (1738), and Tom Longboat, a Canadian runner and soldier and a member of the  Onondaga tribe from the Six Nations Reserve. He was the premier long distance runner of his time, and the subject of today’s Google Doodle: 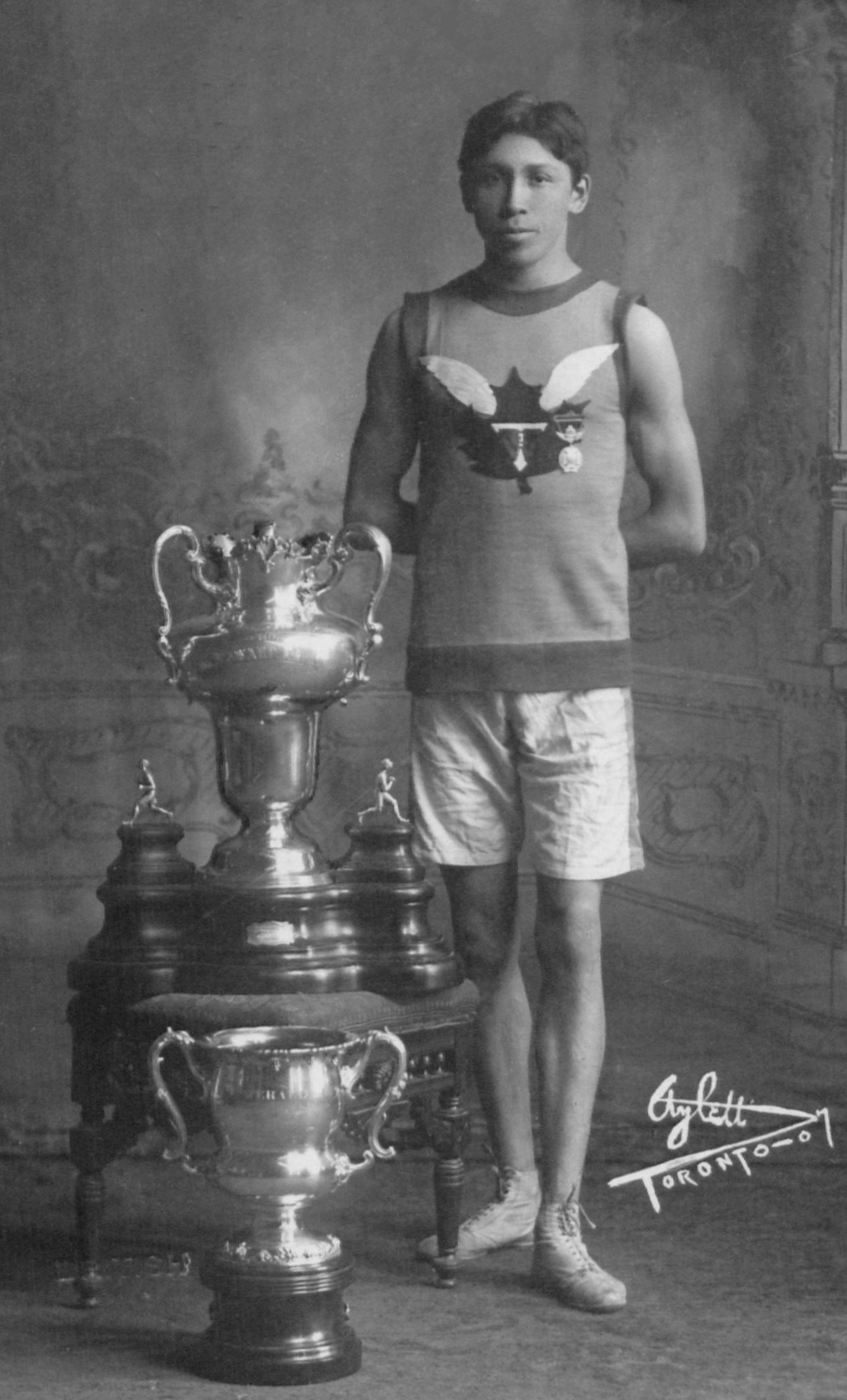 Meanwhile in Dobrzyn, Hili wants IN!

Hili: Nobody pays any attention to me.
A: I understand. I’m coming. 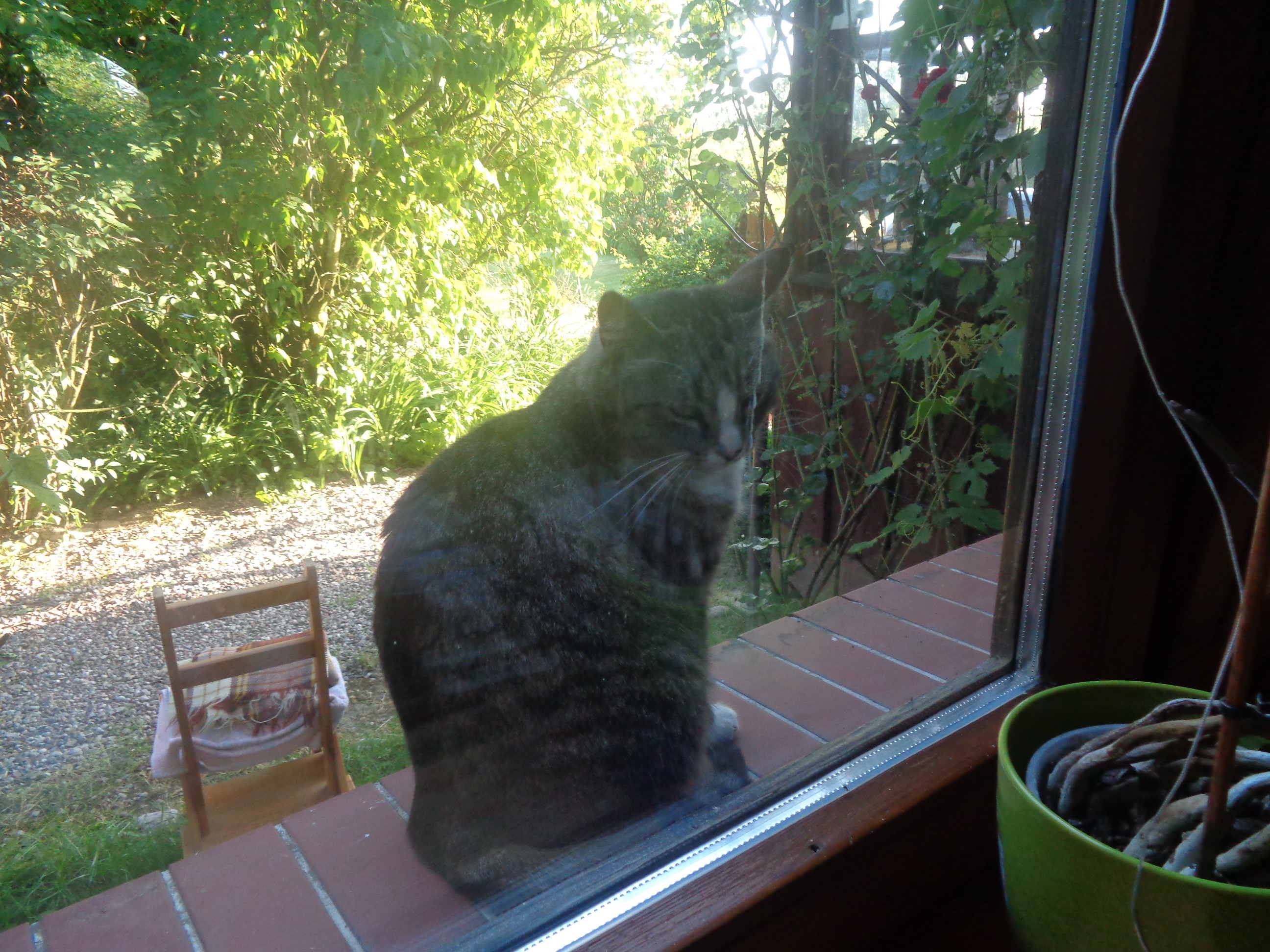 And here’s Gus in Winnipeg, the photo simply called “A happy cat.” 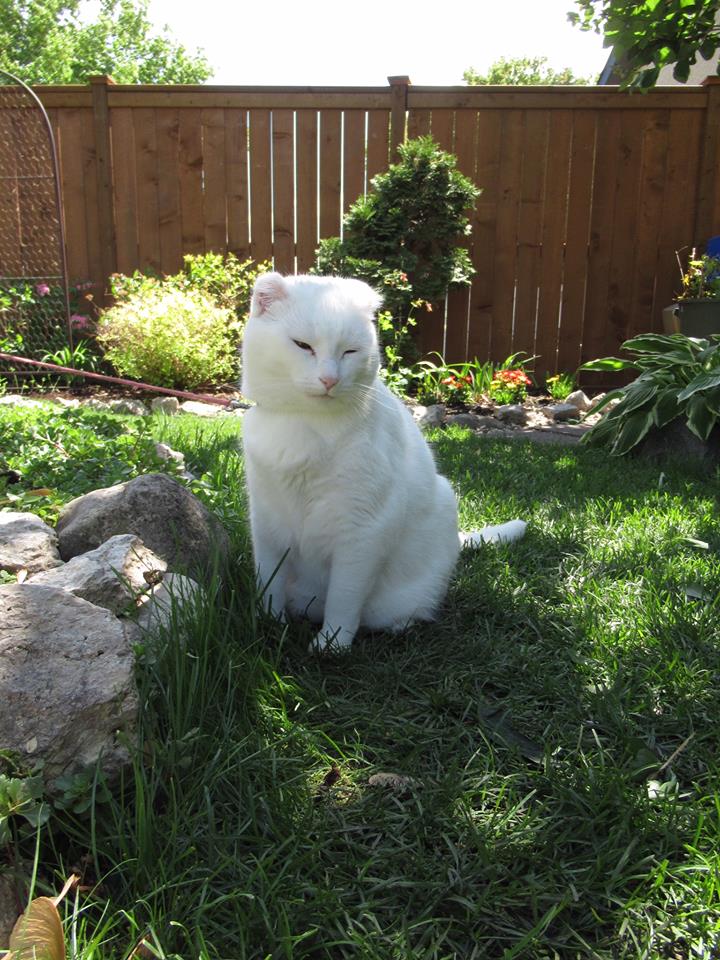 Some tweets from Dr. Cobb:

This man, James Harrison, is an unsung hero. You can read about him here.

From the sublime to the ridiculous:

*You are a strong and confident dog. Your mind is free from thoughts of anger, fear, or ego, as you effortlessly overcome Monday's issues.*#MondayMotivation pic.twitter.com/To4rnELIlN

If you look in the dictionary under “romping”, you’ll find this illustration:

3 stoat kits romping around by the cam. 🦊🦊🦊 pic.twitter.com/CjE4nFC5NR

The first moment of wren flight! How I long to see this for my ducklings:

All of our wren chicks fledged overnight 😍#Springwatch pic.twitter.com/z4YGdIbb0O

Billions and billions of stars!

This is a piece of Andromeda. The image includes 100 million resolved stars. 100 MILLION resolved stars, IN ANOTHER GALAXY, 2.5 MILLION LIGHT-YEARS AWAY. Mind = blown.

Wanna zoom in and see for yourself? HERE: https://t.co/EQqGaYQkrH pic.twitter.com/vP9WST9iXw

Music randomly selected to be on a music-themed cafe. Do you know the music they chose? Hint: It ain’t Mozart! (Answer below the fold.)

“hey, we should put some music on the front of our menu”
“okay, what should I use?”
“eh, whatever’s probably fine” pic.twitter.com/6EcSOzep2p

A black kitten to start the day:

tfw you are genuinely astonished how anything can be this cute and smol pic.twitter.com/my4qUbCSTm

But not all moggies are sweet:

Klaus occasionally looks at me with with an expression best described as “complete fucking disdain”. pic.twitter.com/BWbVNTTg5O

We already knew we were screwed!:

Believe it or not, Trump's insane proclamation that he will keep tariffs in place until there are no more Mercedes on Fifth Avenue gave me a moment of clarity.

I think I finally understand Trump's economic philosophy now. And we are absolutely screwed.

And from reader Barry: 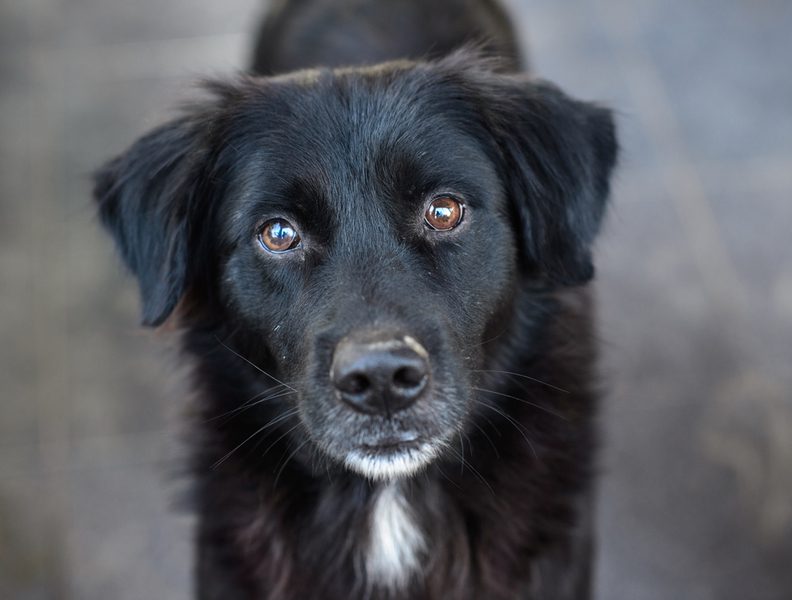 Read below to see the music gracing the menu of the Amadeus Cafe:

“hey, we should put some music on the front of our menu”
“okay, what should I use?”
“eh, whatever’s probably fine” pic.twitter.com/6EcSOzep2p