Reader Gabe McNett sent us a “spot the. . .” stumper. His notes:

I thought I would pass along a contribution for you to consider in your ongoing “Spot the …” series. Four pictures are attached. Two for your audience to use for guessing, and another two if they’re helpful. One is a picture of this individual being perfectly content in my hand, as long as it’s not exposed, and another that is the best picture I got of it as it poked its head out of the leaf litter.

While in the field yesterday a large ground beetle (family Carabidae) caught my attention. In this picture is a very large (up to 35 mm), beautiful carabid beetle, Calosoma scrutator. They’re commonly known as a “caterpillar hunters” or also “fiery searchers,” the latter name presumably a nod to their behavior and brilliant iridescent coloration. They are fast and always on the move, searching for prey. This one came out from the leaf litter and the noise as it moved along caught my attention. However, I never got a picture of the entire specimen since they seem to only stop moving when they’re not exposed. This provides a great opportunity for a “Spot the” picture. This one is challenging, but here is a hint: only the iridescent green posterior of the beetle is exposed.

First, the creature you are to spot in the photo below. This is NOT taken from the photo; it just shows you the animal you’re looking for: 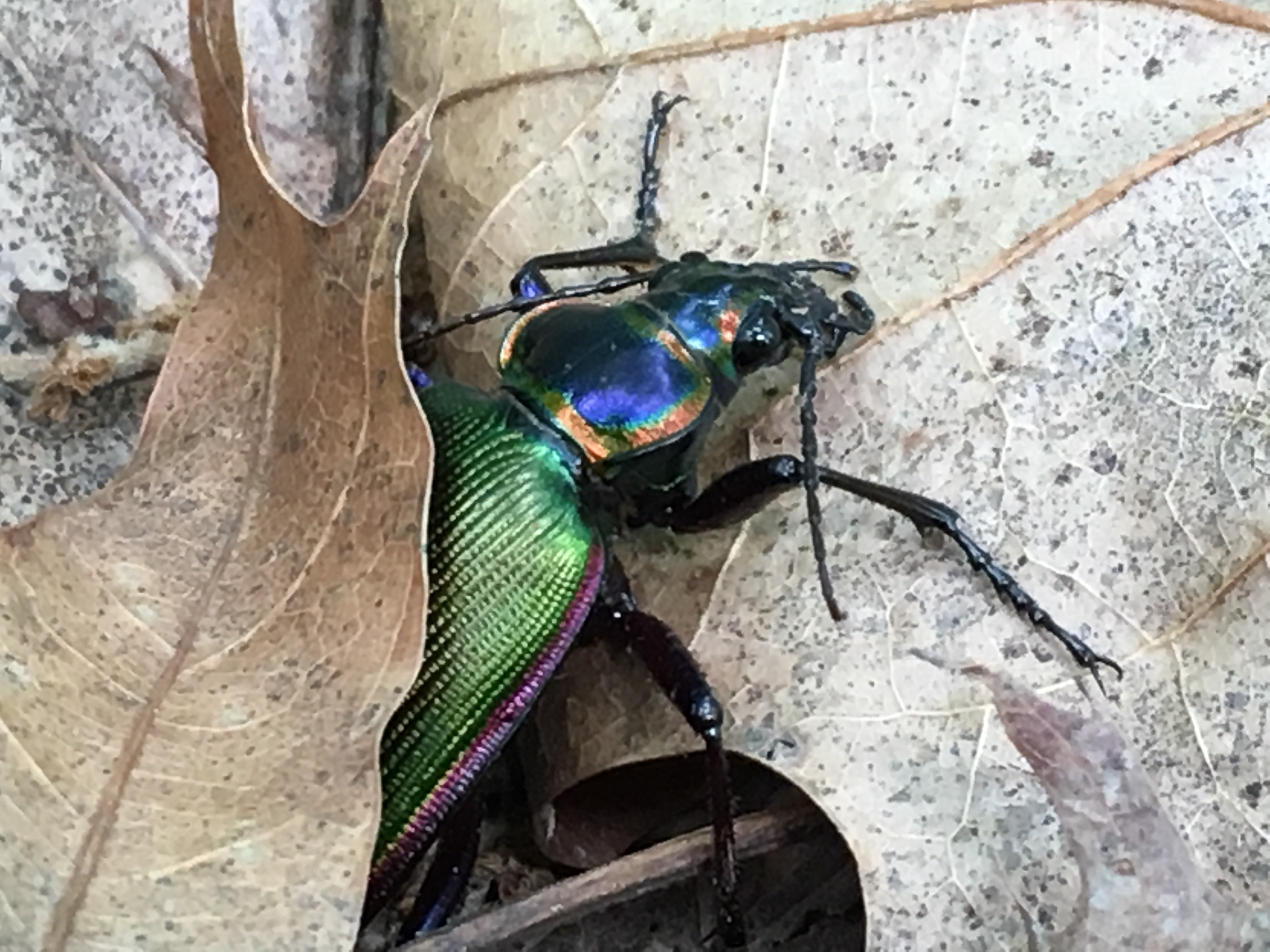 I’ll put up two photos, and the reveal will be at 11 a.m. Chicago time. This qualifies, I think, as “very hard”: 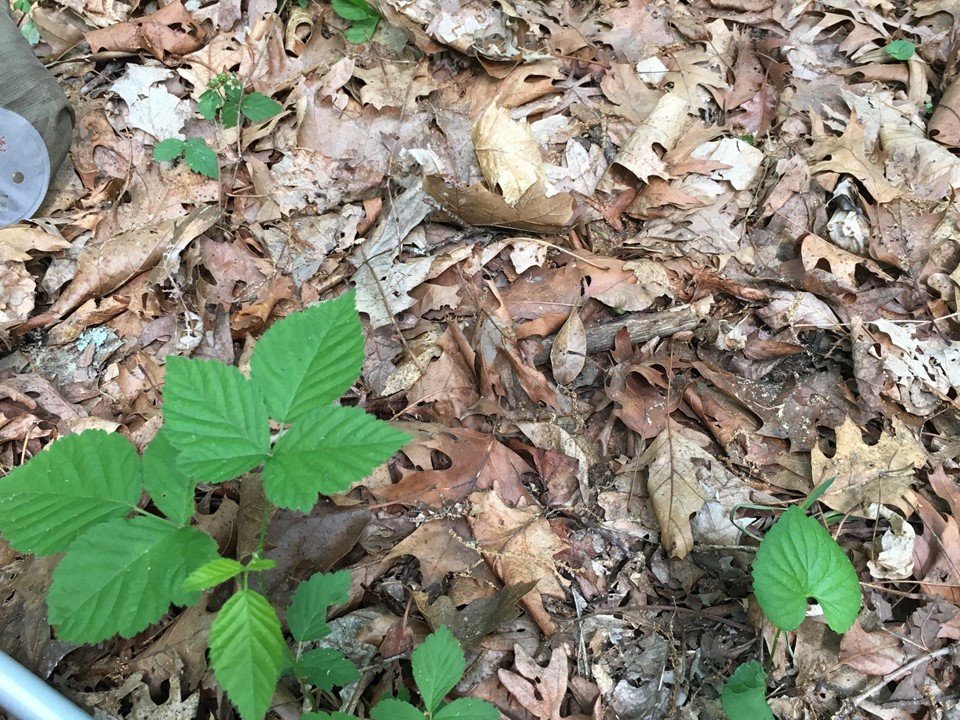 8 thoughts on “Spot the beetle!”