Well, May is at an end, as it’s the 31st day of the month in the year of Our Ceiling Cat 2018. It’s National Macaroon Day, and I have to say I like the kind below far more than the French-style macarons much beloved by the sophisticated classes. Americans will pay big bucks for macarons, but I’d rather have one of these, chewy with real shreds of coconut: 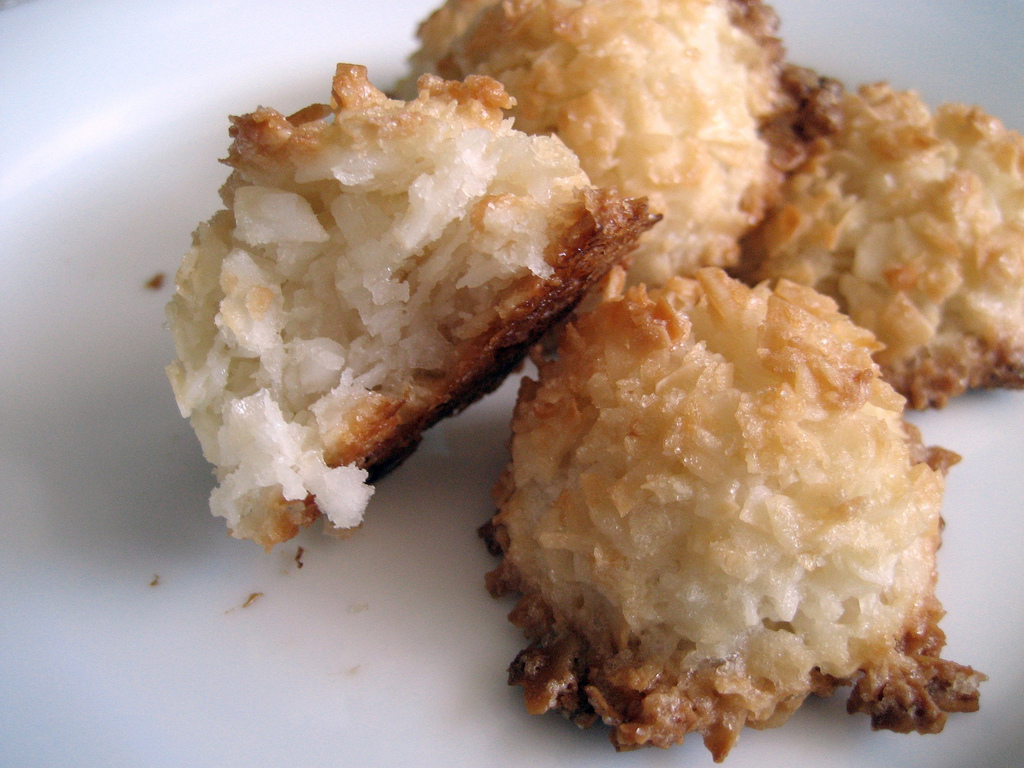 It’s also World No Tobacco Day, and yes, smoking is a bad, bad idea, but I refuse to give up my occasional Havana cigar.

On May 31, 1669, Samuel Pepys, citing his poor eyesight, recorded the last event in his diary. Here it is (it’s all online); the emphasis is mine:

On May 31, 1859, the clock tower at Parliament in London, containing Big Ben, began keeping time. On this day in 1889, the Great Johnstown Flood occurred, killing more than 2200 people after the failure of a dam near Johnston, Pennsylvania. In 1911, the Titanic was launched in Belfast, Northern Ireland.  On this day in 1927, the very last Ford Model T came off the assembly line (replaced by the Model A). Exactly 15,007,003 vehicles were made.  Finally, on May 31, 2005, the magazine Vanity Fair identified “Deep Throat” of the Watergate affair as Mark Felt.

Here is Tintoretto’s Birth of John the Baptist (1554); can you spot the calico cat? 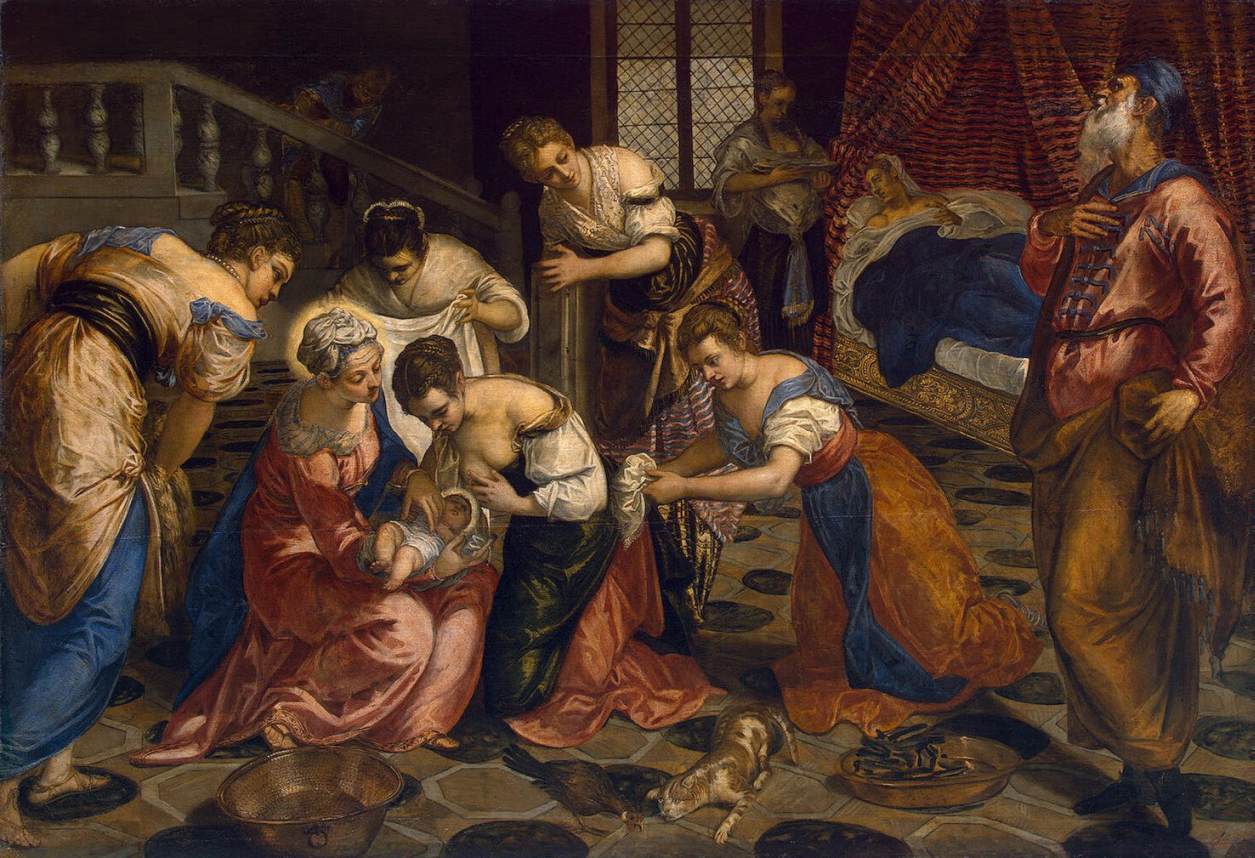 Meanwhile in Dobrzyn, Hili gets a rebuke from Cyrus:

Hili: Friendship doesn’t need words.
Cyrus: That’s true, you are talking too much. 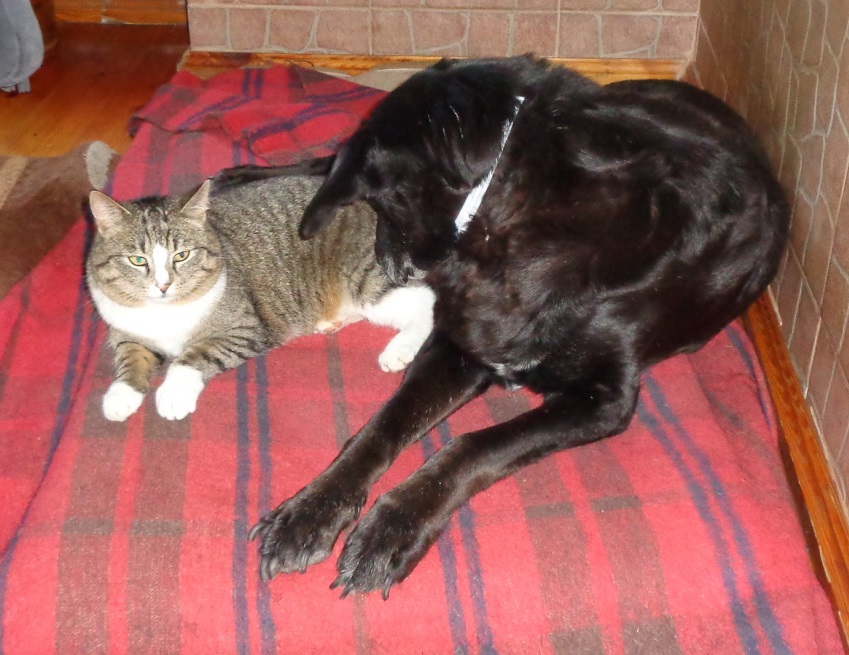 From Matthew, a wonderful series of tweets (read the entire thread at the site; here are a few at the beginning):

So… I JUST FOUND A CAT THAT IS NOT MINE AND IT HAS HAD BABIES UNDER MY BED. pic.twitter.com/83ktBHGgT5

I think I'm living the best day of my life. Wait, no. Actually fuck it yes I am. This is the best :') pic.twitter.com/1P4eryHLyw

This is too much. I'm approaching nirvana. I legitimately suffer from anxiety attacks and depression and my capacity to deal with it recently has been waning. The Cat Gods have smiled upon me with benevolence and turned the monsters under my bed into kittens.

A remarkable coincidence between the speed of the propeller and the camera shutter speed https://t.co/4LCLzVAUX3 pic.twitter.com/Q1ClyE0B0w

The result of synchronizing a camera’s frame rate to a helicopter’s blade frequency https://t.co/uhzMAeN3HG #SundayScience pic.twitter.com/YBvk7lVQxB

I haven’t looked to see if this spider has been ID’d yet, but it looks like an ant mimic of some sort:

Anyone know what type of spider this is? One of the most bizarre ones I’ve ever seen! Found in NW Costa Rica. #spider #arachnid pic.twitter.com/0u0o0ue5fW

A lovely handful of caterpillars:

And a “stupendous owlfly” from Peru:

Insect of the day: A stupendous owlfly from our recent expedition to southern Peru. Look at those eyes @creesfoundation pic.twitter.com/HtUGjHa22X

Look at the toes on this caterpillar!

From Grania, a true tweet to forestall future Darwin Awards:

From Heather Hastie—a kitty sings on cue (turn up the sound):

Finally, to show that I am an Honorary Kiwi, here I am in my official All Blacks rugby jersey (a gift of Heather Hastie) and a genuine Marsden flower jade pounamu tiki around my neck. 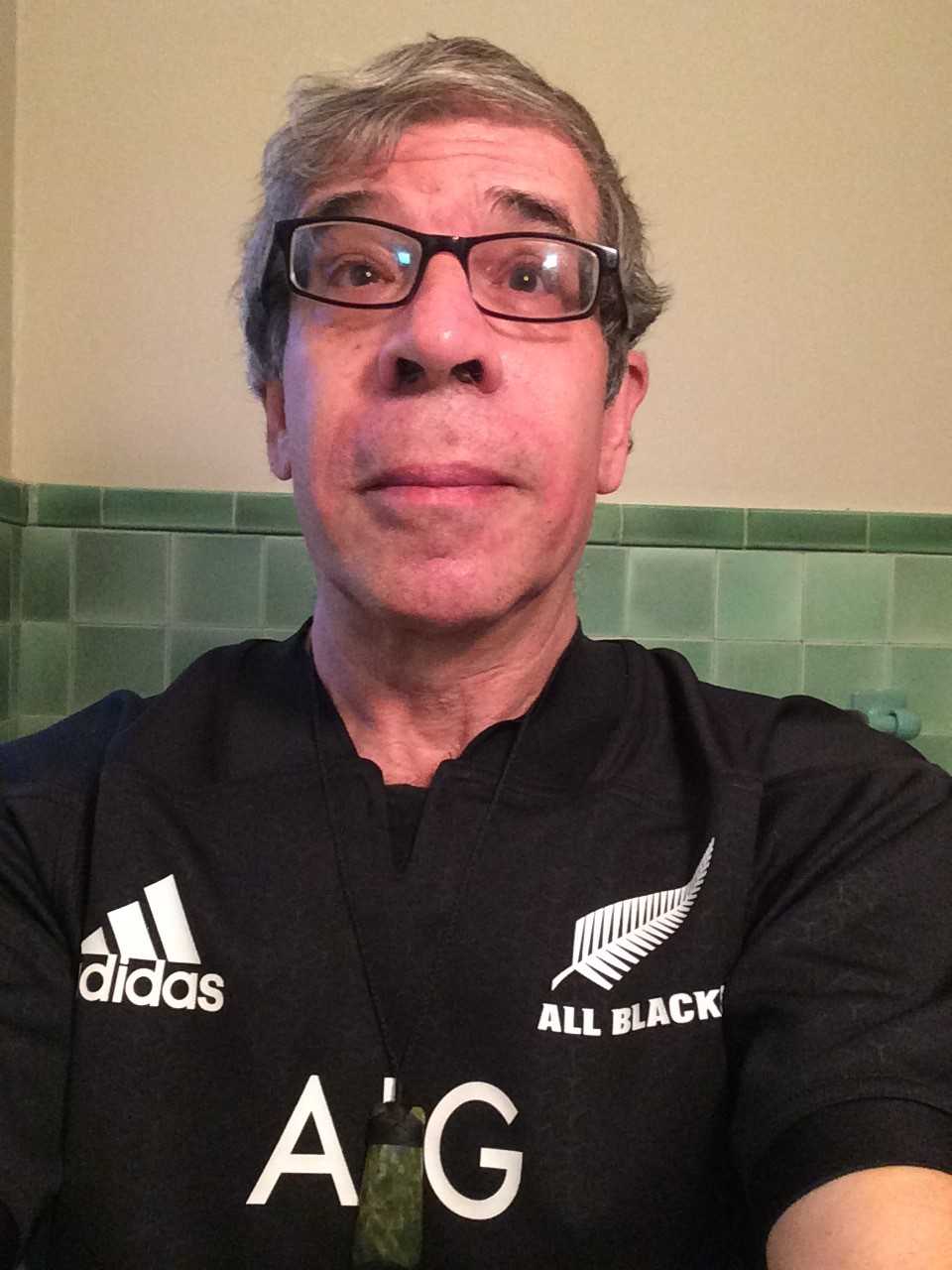