Well, Dinesh D’Souza has been given a “full Presidential pardon” by Trump (see below). As you may recall, D’Souza was indicted in 2012 for making $20,000 in illegal campaign contributions to a Republican senatorial candidate, Wendy Long from New York; the indictment also included making false statements to the Federal Election Commission. He pleaded guilty to one felony count of making straw contributions, and was sentenced to five years of probation, which included living in a supervised confinement center for eight months. He also had to pay a $30,000 fine.

This a federal and Presidential pardon, which means that D’Souza’s conviction remains on the record, although certain rights are restored, which can include, for felons like him, the right to vote and the restoration of the ability to own guns, run for office, and serve on juries. But he remains a convicted felon, and so you can always used those words before his name, as I did above.

As for the “unfair treatment” by the government, well, D’Souza pleaded guilty and saw no jail time. It’s not clear what “unfair” means—but of course it’s never clear what Trump means.

Will be giving a Full Pardon to Dinesh D’Souza today. He was treated very unfairly by our government!

I can’t even manage to laugh anymore. https://t.co/6oWDZ1LY3F

When I posted this picture, taken at the Ciudad de las Ideas meeting in Puebla, Mexico in 2009, I wrote, “I shook the hand that fondled Ann Coulter.” 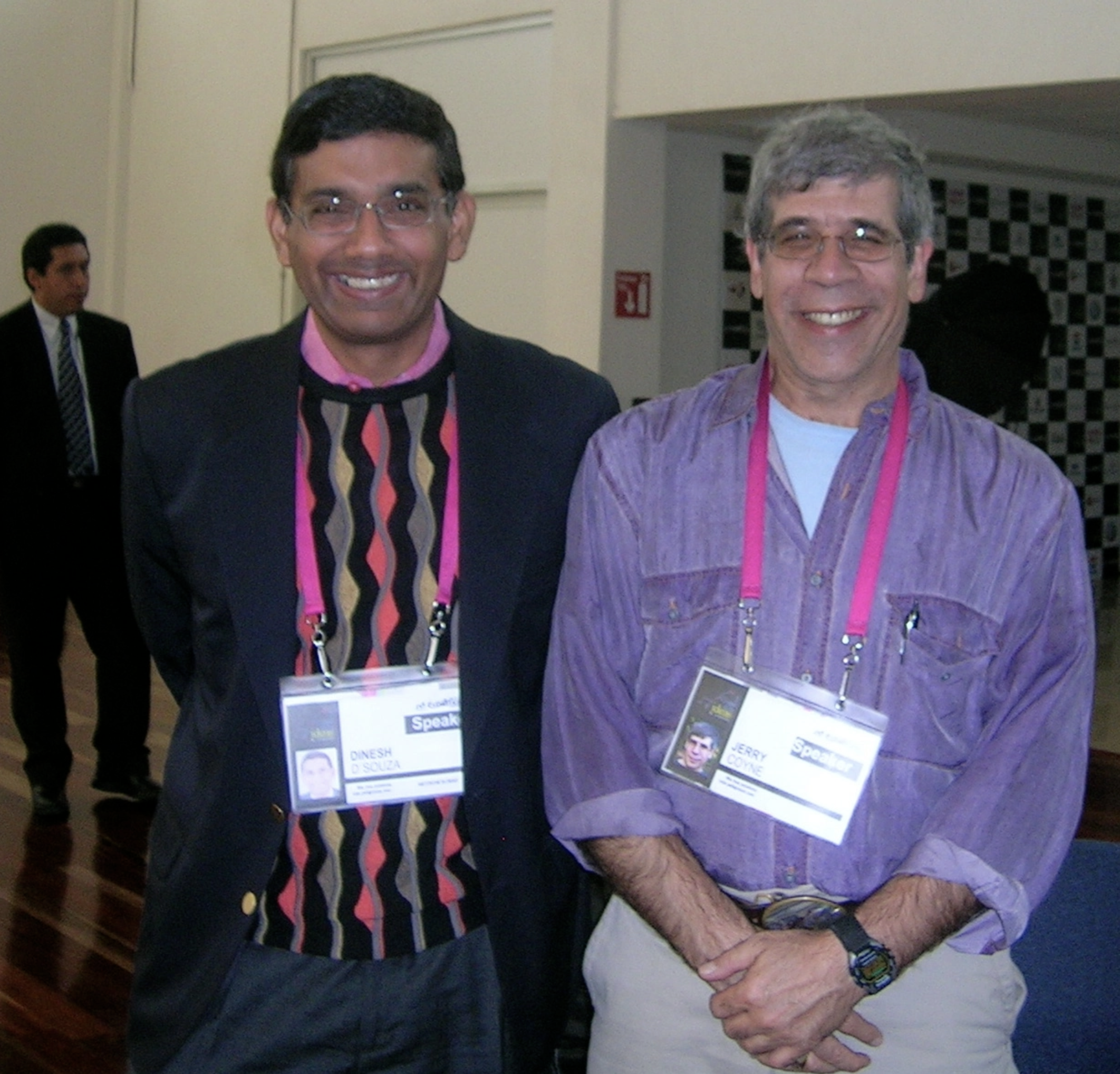