Good morning on a to-be-hot Saturday in Chicago: May 26, 2018, and National Blueberry Cheesecake Day. I’m a purist, and prefer mine plain, though with a bit of arm-twisting I can tolerate cherries on top. It’s National Sorry Day in Australia, a day of contrition for the horrible way the European settlers treated the aboriginal people.

As you’ve probably heard, yesterday’s referendum for repealing the anti-abortion part of the Irish constitution gave a resounding “Yes!”. Good news! Grania, our reporter on the ground in Ireland, will give a full report in a bit.

Ten years ago yesterday, the Phoenix Lander successfully touched down in the polar regions of Mars. Although it completed its mission in August, and gave up the ghost in November of 2008, it was successful as all the data planned for collection was in fact collected. Here’s a tweet from Mission Control at the moment of touchdown. I can only imagine the angst and then the glee in that room:

10 years ago today! It started with nerves and ended with tears and cheers! I was on Mars, where were you? Here's to my team and an incredible mission that uncovered water ice, saw snow and frost, and detected intriguing soil chemistry. #PhoenixMars10 pic.twitter.com/cG279CyTKA

On this day in 1857, Dred Scott, the escaped slave who petitioned the Supreme Court for his freedom, only to have the Court rule (on March 6) that neither Scott nor any other person in America of African descent could be citizens, much less be absolutely free of slavery, was finally freed by his original owners. His freedom, though, was short-lived: he died of tuberculosis in September of 1858. On this day in 1868, the impeachment of President Andrew Johnson ended with his aquittal by a single vote.  On this day in 1896, Nicholas II became the last Tsar of Russia; he and his family were of course executed by the Bolsheviks in 1918. Here they are, photographed in 1913 or 1914. I don’t favor monarchies, but killing royal families is just out: 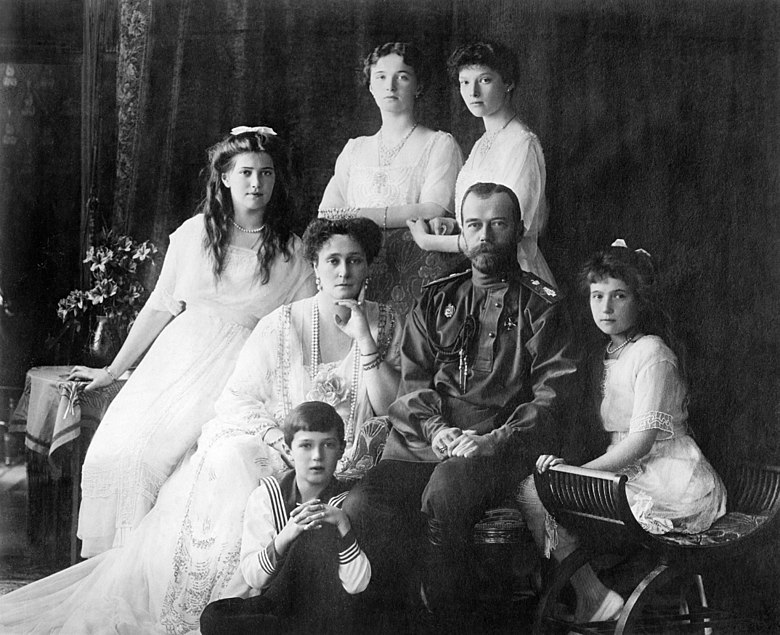 On this day in 1897, Bram Stoker’s novel Dracula was published. On this day in 1998, two events occurred: the U.S. Supreme Court ruled that Ellis Island, the immigration gateway for millions (including my maternal grandparents) belonged mostly to New Jersey, not New York. Also, the first National Sorry Day was held in Australia (see above). I think such a day is great, but it has to be accompanied by provisions to overcome segregation.

Dorothea Lange took many iconic photos of poverty during the Great Depression: here’s one of them:

And, once again, what may be Nicks’s greatest performance, an impromptu accompaniment to a tape while she was being made up for a Rolling Stone Shoot:

Meanwhile in Dobrzyn, Hili is a bit arcane in her words. Malgorzata explains:

“Ecosystem” is a fashionable word. You do not have countryside, forest or a meadow any longer. You have “ecosystem” (which, of course, humans are destroying). Hili wants to follow the fashion but she means that when you are out in nature you have to be observant: any moment something edible (a mouse) can show itself, or something dangerous (an alien dog) can chase her.

Hili: One has to have open eyes.
A: On what?
Hili: On the ecosystem. 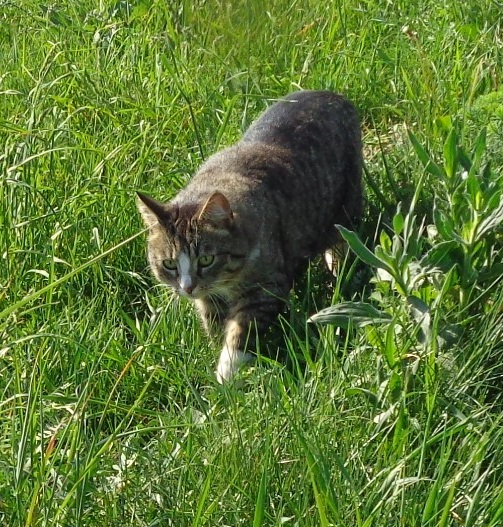 From Matthew. A heartbreaking photo taken 74 years ago today.

26 May 1944 | A heart-breaking moment from an SS picture of Hungarian Jews at #Auschwitz II-Birkenau taken 74 years ago today. A little child found a flower in the grass and is giving or showing it to an older boy. All the people in this picture were gassed moments later. pic.twitter.com/eoJ4P31N0i

A gray fox is serenaded by a scrub jay.

Watch the video: so many mayflies that they show up on radar:

What a great job! I’m fostering too, but my charges go back to nature, not to other people.

This woman loves fostering kittens so much, she quit her job to do it every day 😻 pic.twitter.com/eG0F9w7SZd

So my son was cleaning up this veggie garden and found a white worm with a face. Any ideas what kind it is?? He is super cute though! #worm #face #homeschool #entomology pic.twitter.com/cief3cU4eh

I have good news, and I have better news:

The good news is that your son found a crane fly larva.

The better news is that the super cute "face" is actually its butt, and it breathes through those "eyes". 🤩 https://t.co/igrLdXCe2d

From Heather Hastie. Bats are our friends!

Bats are not rodents. They are their own group called Chiroptera. They are more closely related to cats than rats https://t.co/vwhbRY6sK8 pic.twitter.com/MVAOxYc4SR

And a noble kakapo from Heather Hastie:

#kakapo Luke looking noble. One of the ~40% of founder males who haven't had offspring. We're hoping more will breed next year. #conservation #parrots #endangeredspecies pic.twitter.com/ochNsoyxYW