Today is World Turtle Day, and at my request some readers have sent in their pet turtles (and two furry “turtles”). Here are their photos and notes (indented):

My husband and I house many turtles from all over the world. Here are some pics of some of the species we currently keep and are hoping to breed.
I labeled them with their common name and scientific name.
And since it is World Cat day everyday for us cat lovers, I also attached a pic of my two furry rascals, Jango and Boba Fett. 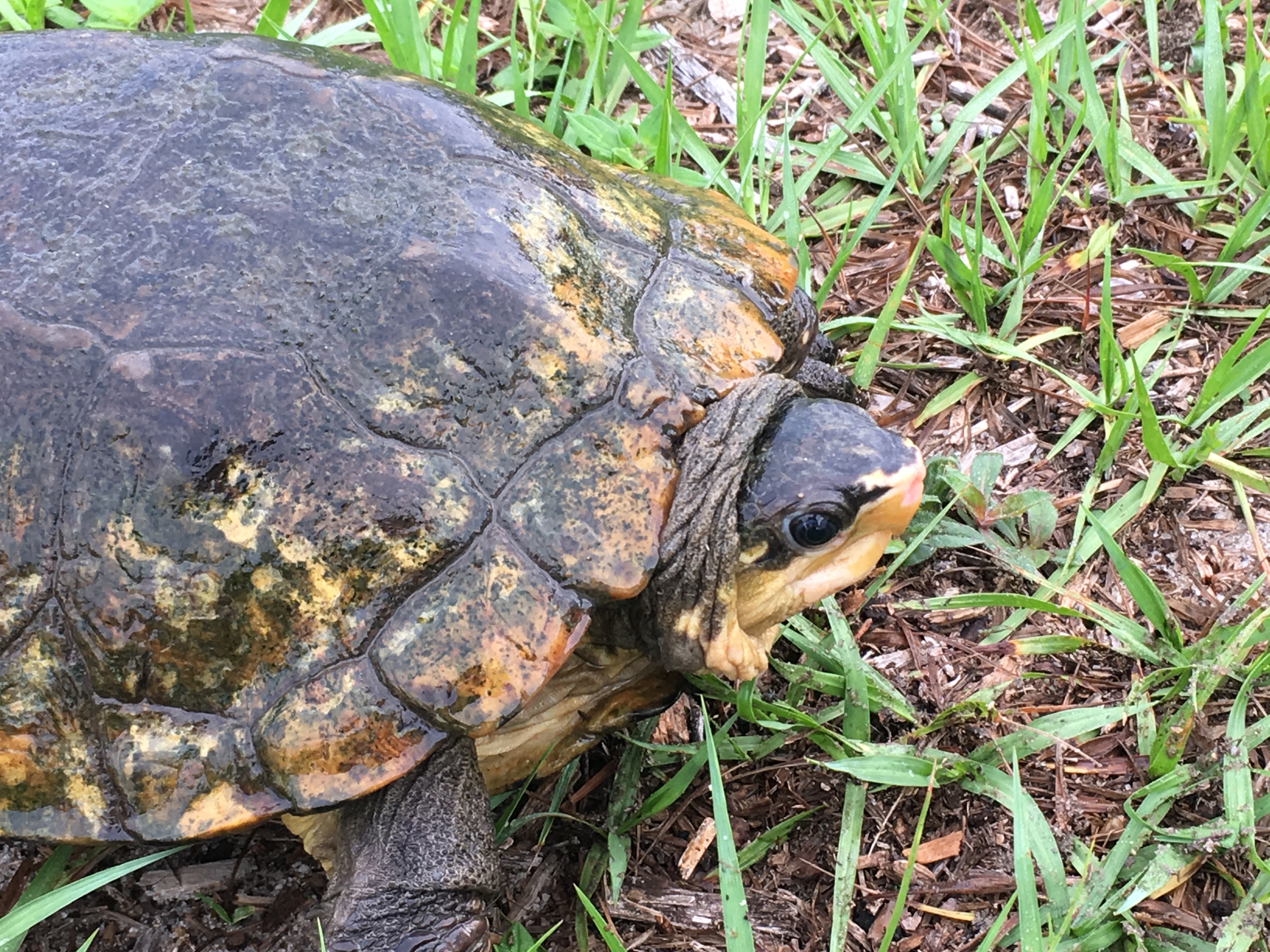 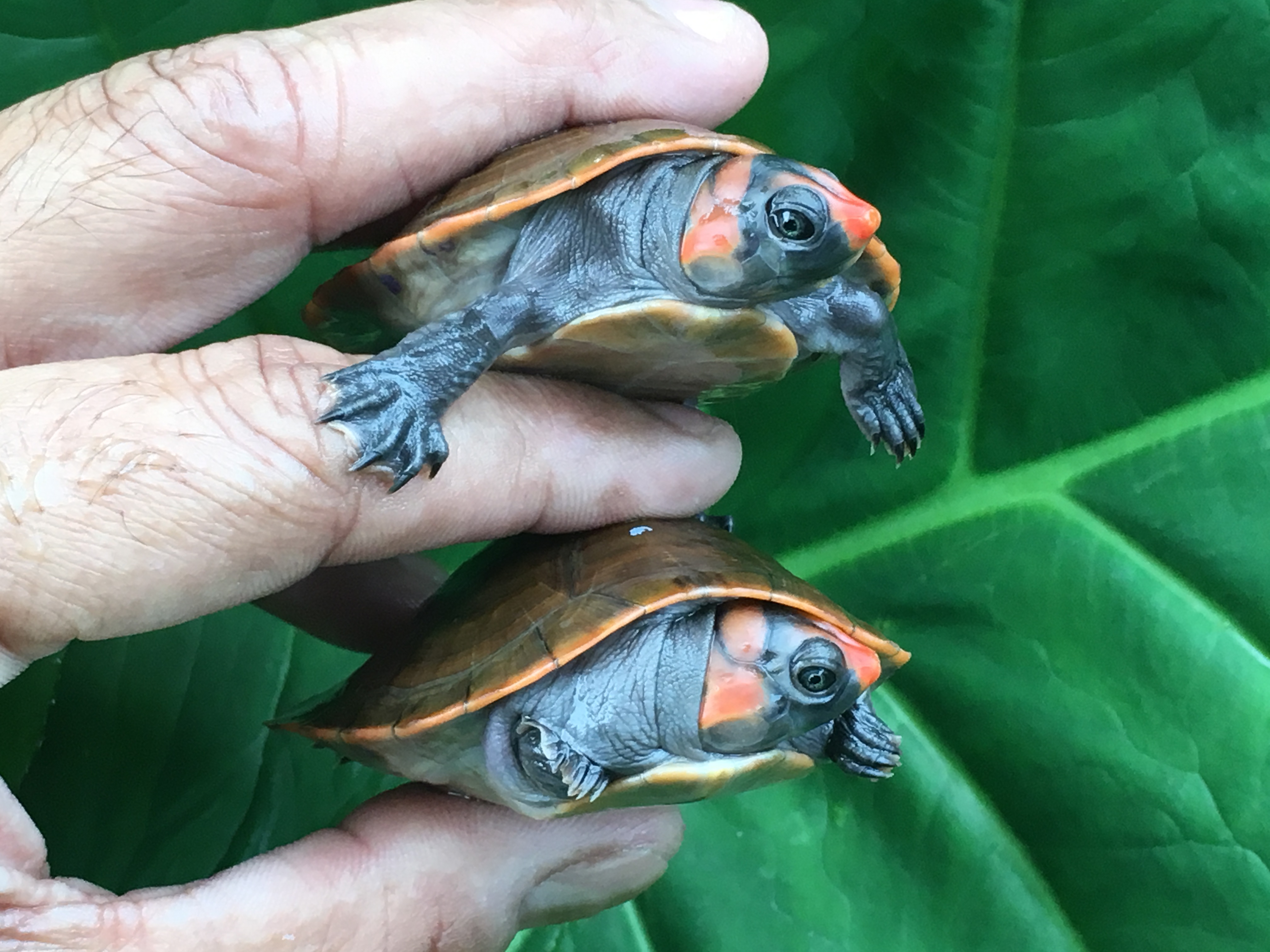 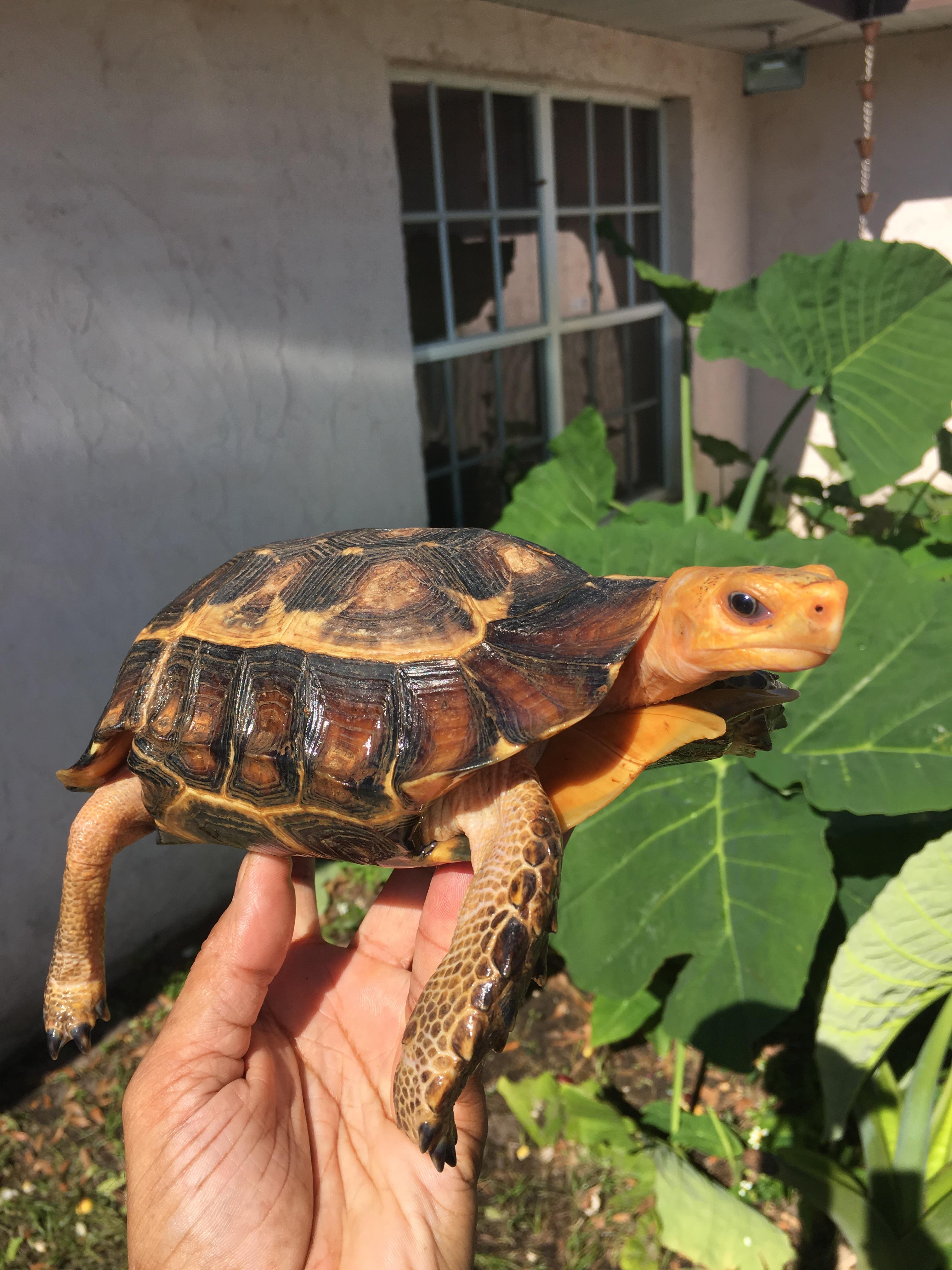 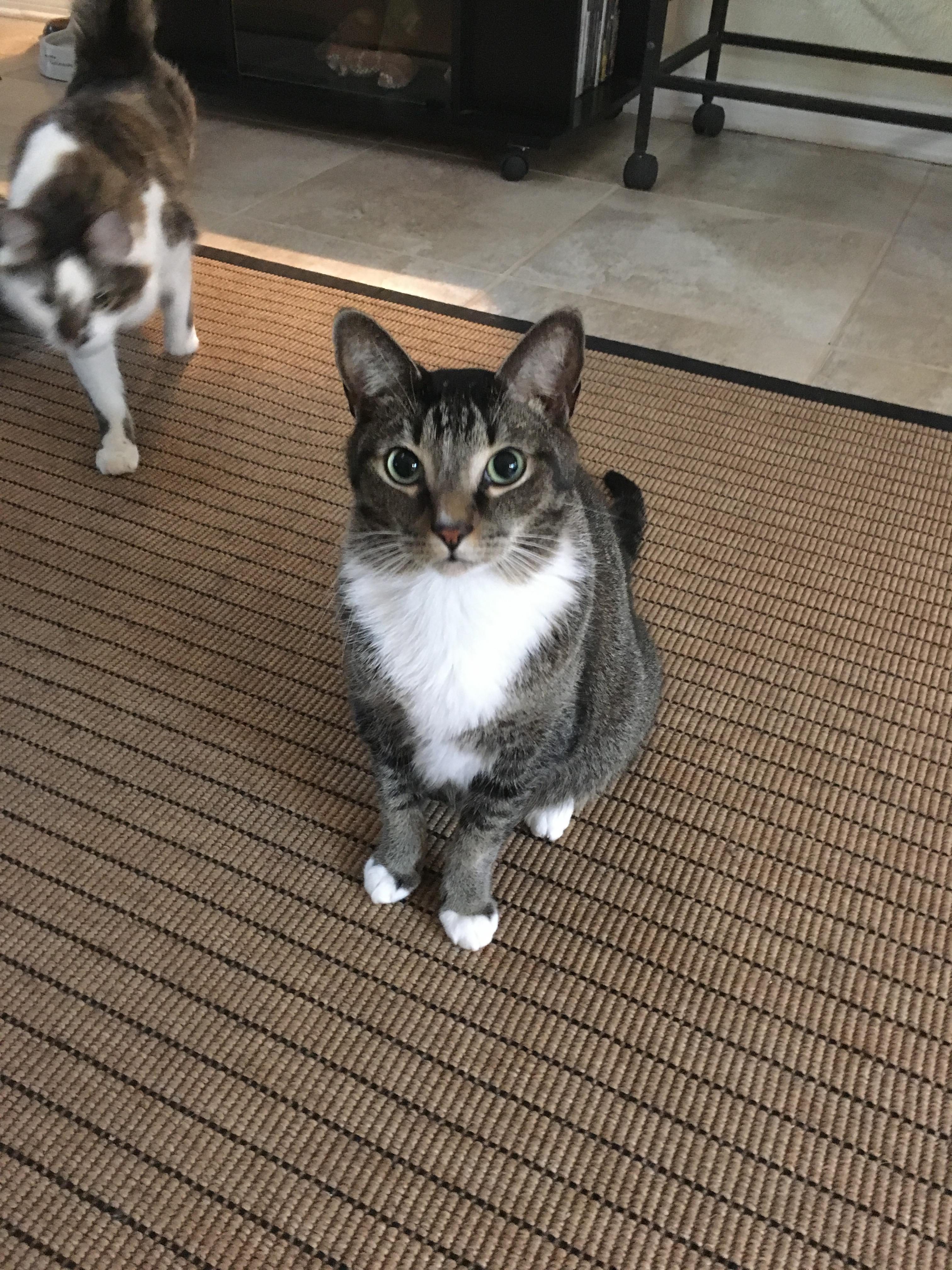 I might have mentioned our turtle Gimpy before. Gimpy is not a pet, but rather a free and unfettered Terrapene carolina who visits the house from time to time. He hasn’t shown up yet this year and we are getting a bit concerned. Gimpy has gone two years without coming to the patio before. We’re always glad to see him.

Gimpy got his name from a damaged hindlimb. He lost a claw somehow, but the stump was completely healed when we first saw him. It doesn’t seem to slow him down at all, but he’s a tortoise, so who knows. You see that scar on his carapace? I did that by accident a few years ago. I was running the weed whacker and stuck it under the edge of a rhododendron and heard a “whop, whop.” I thought it was a plastic bucket, but it was Gimpy. I apologized and set him up with a gimpburger and a mojito. 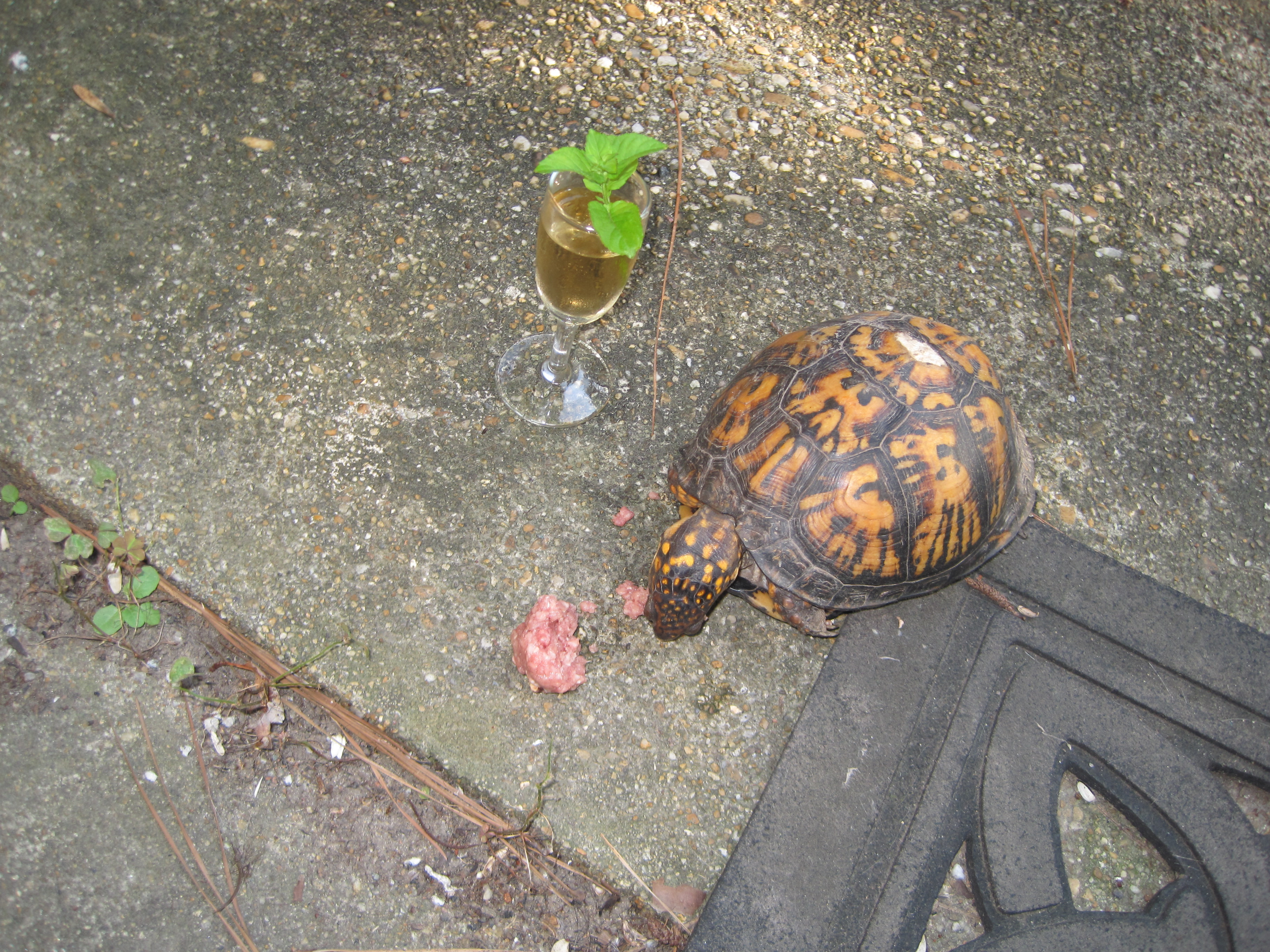 From reader Christopher, who sent three:

Wednesday is World Turtle Day, so here are two box turtles (ok, tortoises) I recently found inhabiting my field next to a creek in Missouri, an hour south of KC. The first is Terrepene ornata and the second is Terrepene carolina triunguis. 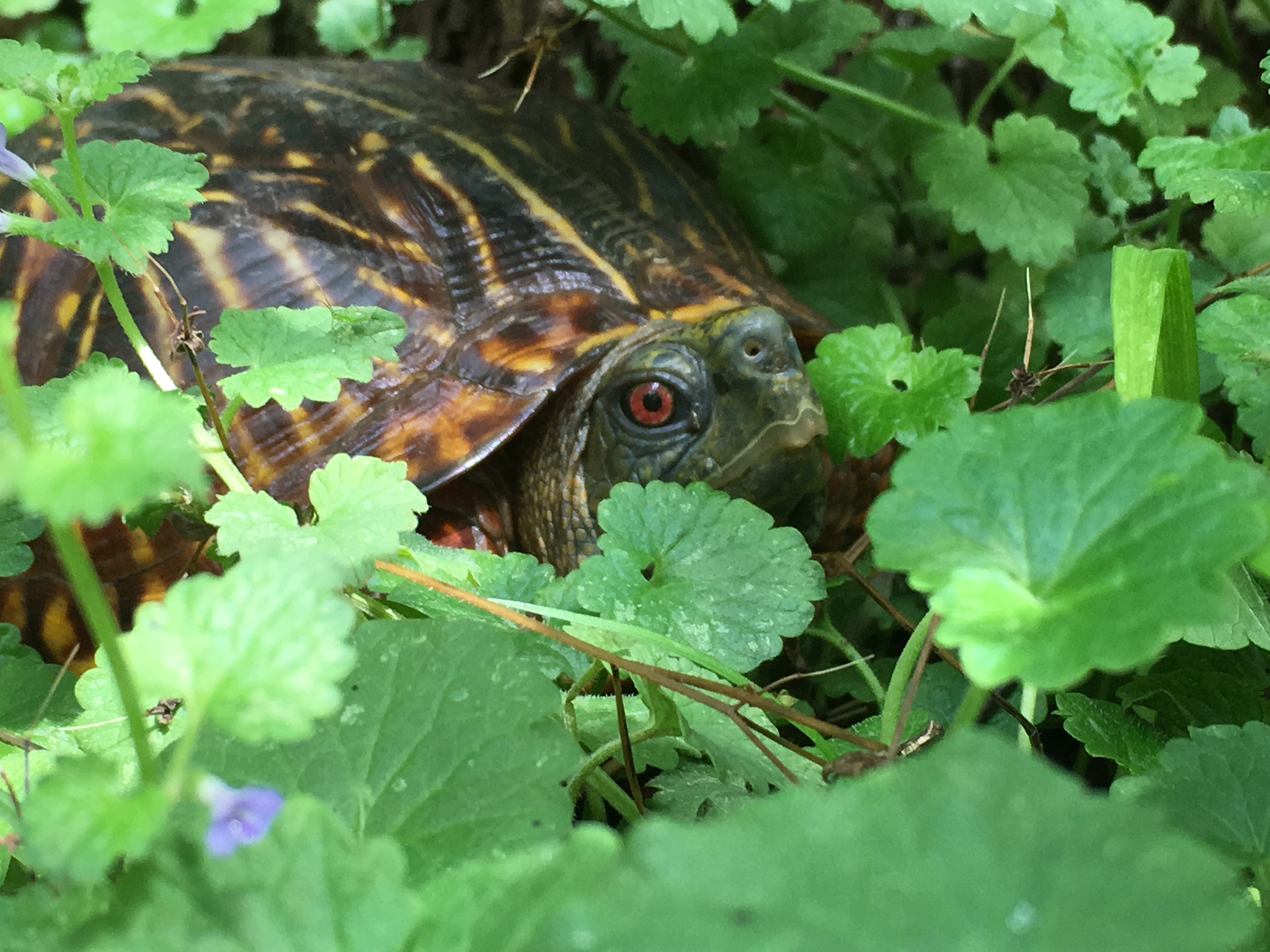 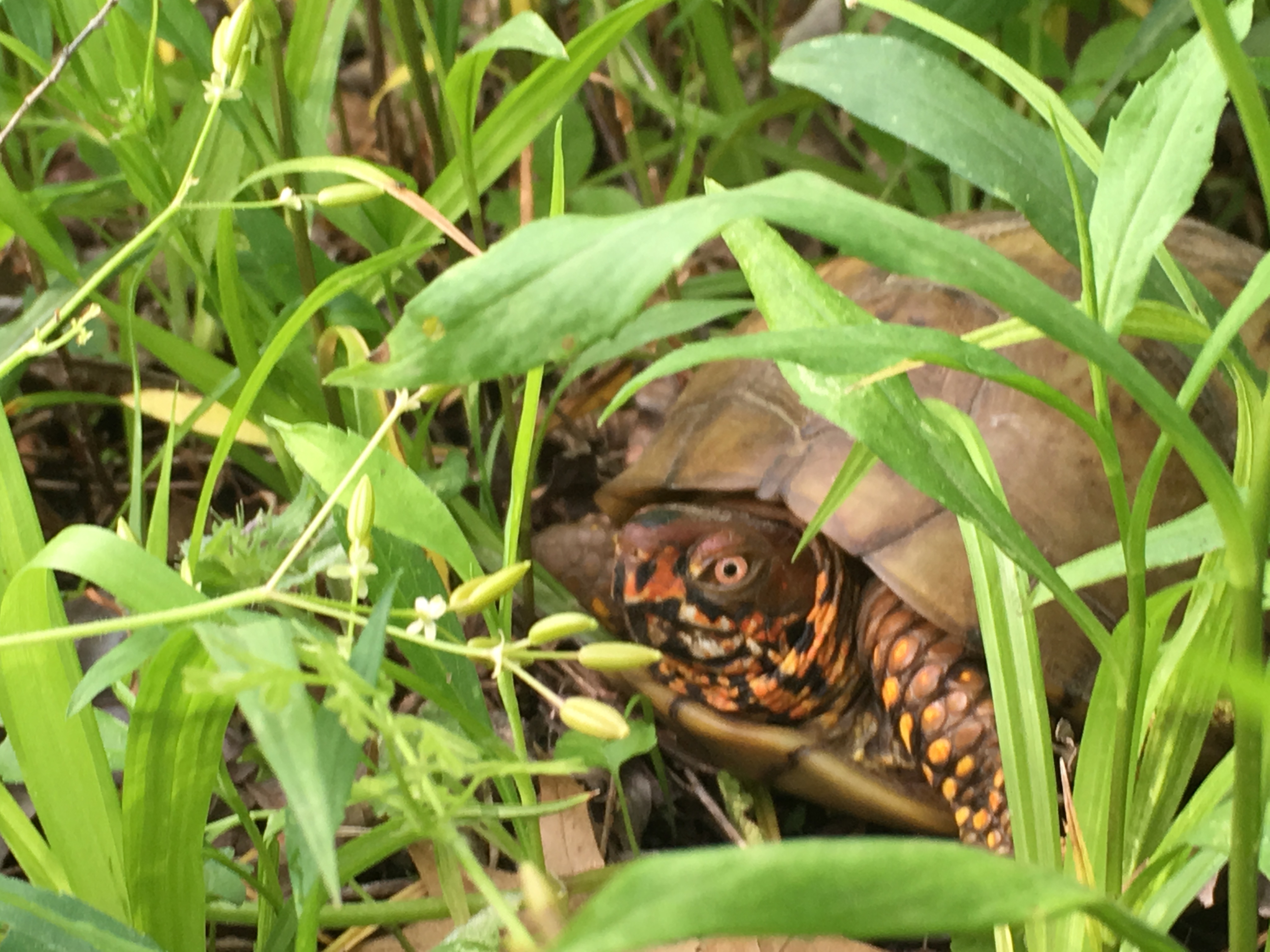 And another Missouri turtle, Chelydra serpentina [snapping turtle], with a funky front foot, that I picked up from a busy road.

A quick note about turtles and tortoises. According to www.turtleconservancy.org/trouble, more than half of the 356 species are threatened with extinction, for usual reasons (poaching, pet trade, habitat destruction) including Rafetus swinhoei (2 males, 1 female left), the ploughshare tortoise, Astrochelys yniphira of Madagascar, and nearly every member of the genus Cuora in Asia and the genus Batagur in Southeast Asia, just to name a few. 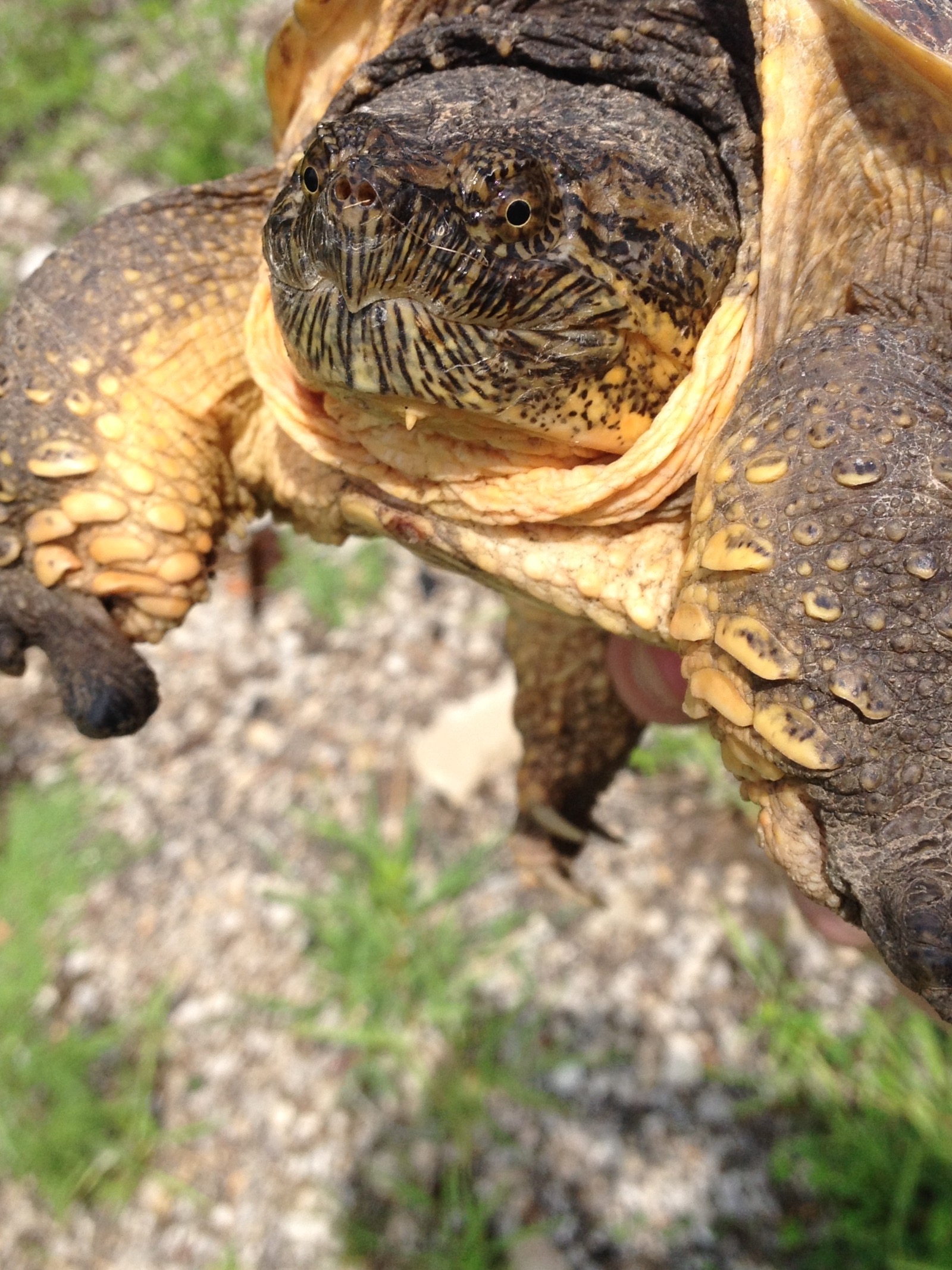 My two photos for Turtle day.

These are our pet Red-Footed Tortoises (Chelonoidis carbonaria) enjoying their breakfast. 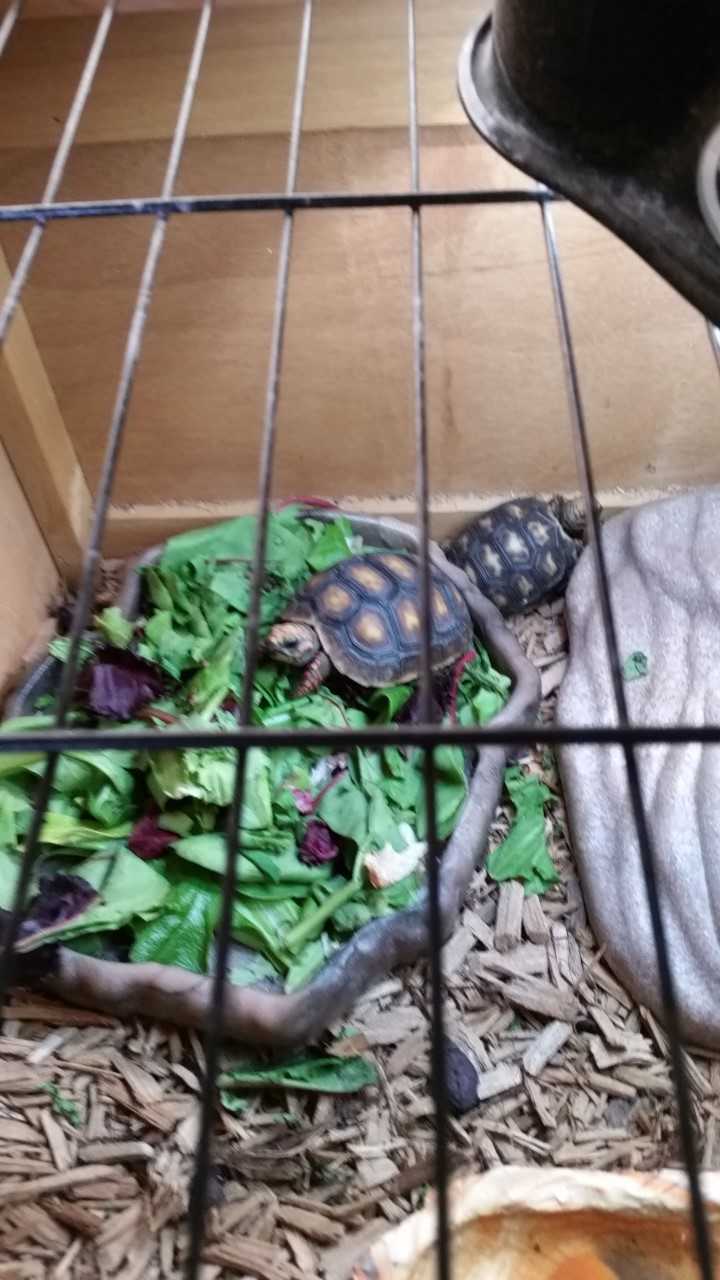 This is our cement garden decoration that survived a terrible fire we had at our ranch last summer. Lost the beautiful paint job in the flames but has earned a place in our future landscape (Chelonoidis Concretia). 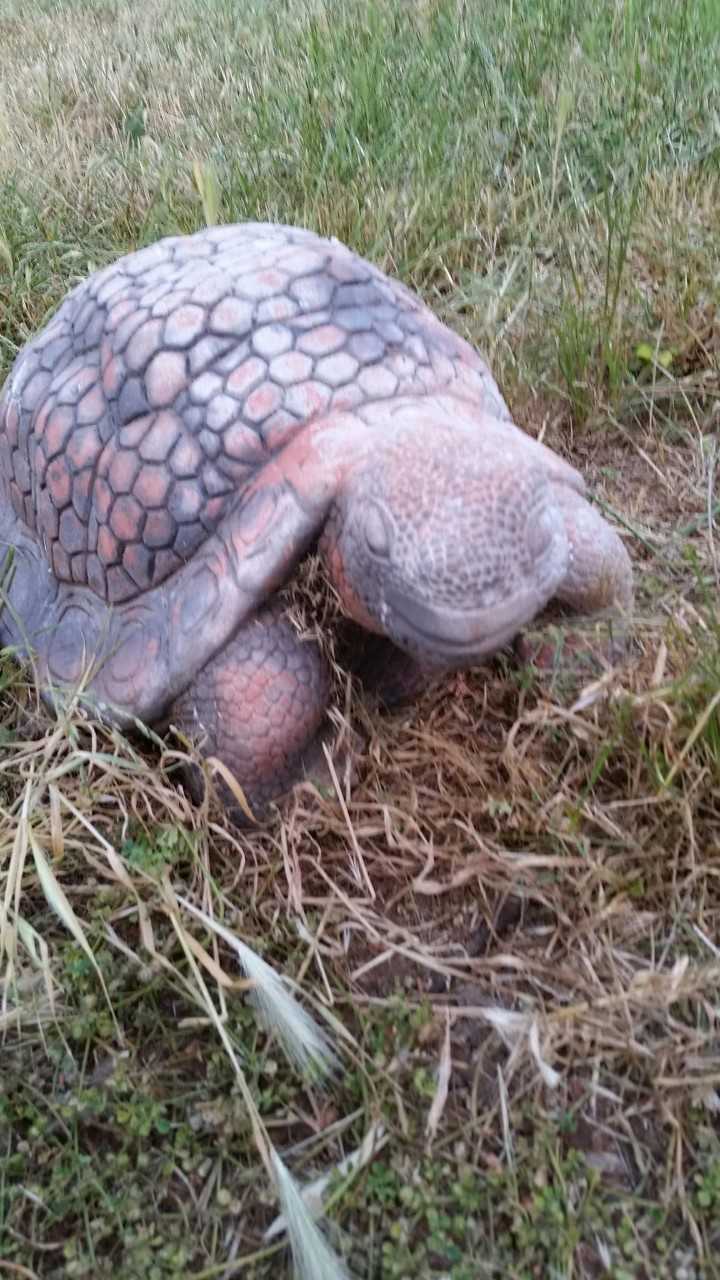 And from reader Mark Richardson: 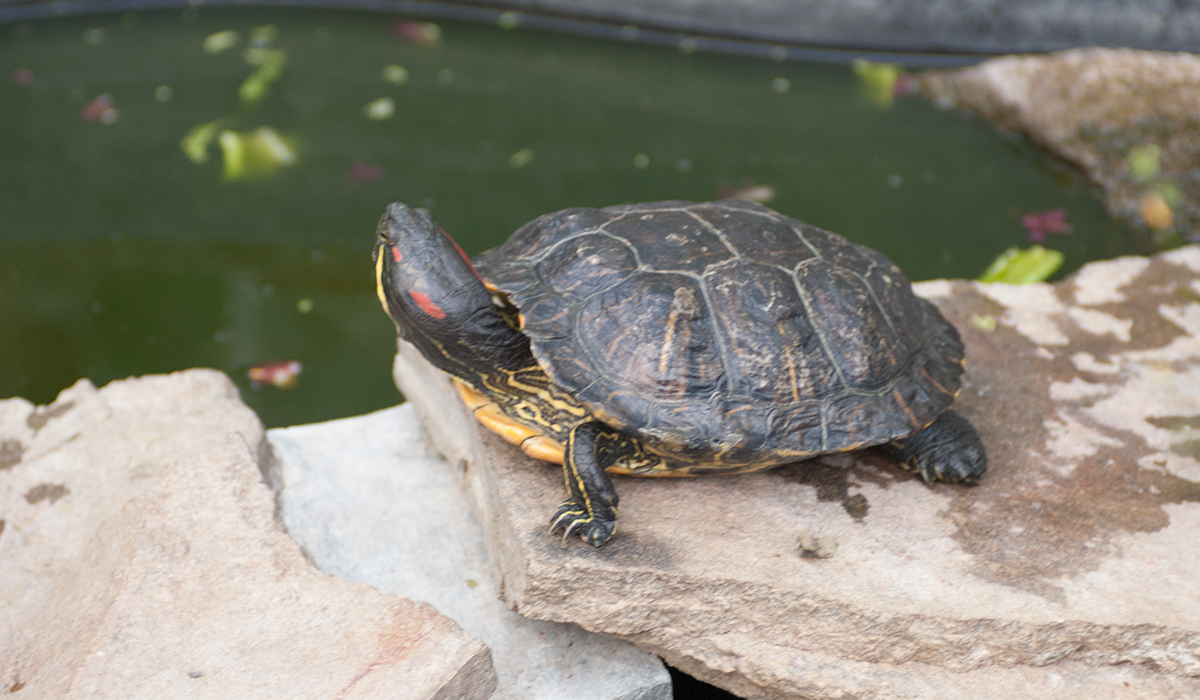 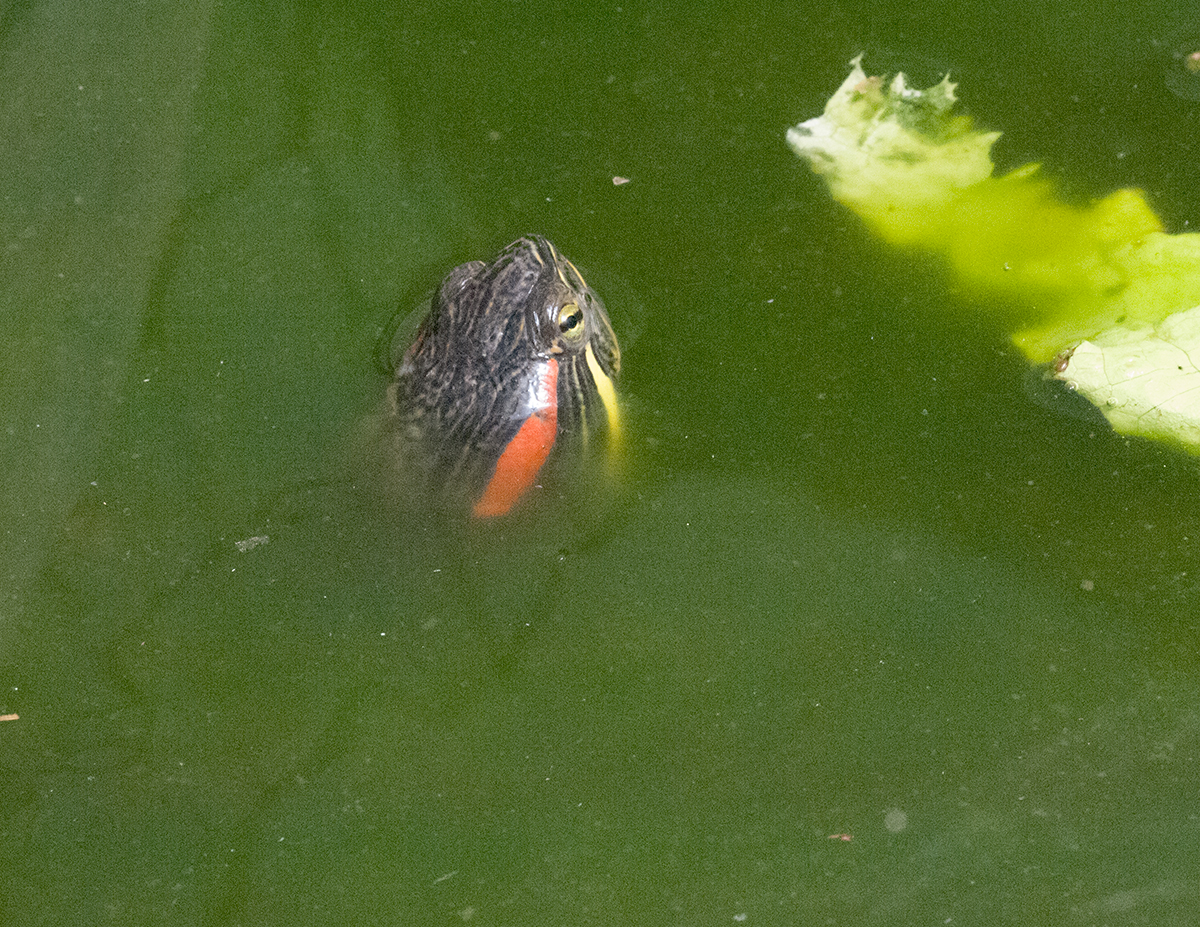