The only live cats I saw during my eleven days in Paris were the residents of the Le Café des Chats, which, fortunately, was only about a ten-minute walk from my hotel. More about the cat cafe in a minute. First, here are some cat pictures taken in Paris and London by reader Winnie:

Cat napping on a motorcycle, Paris: 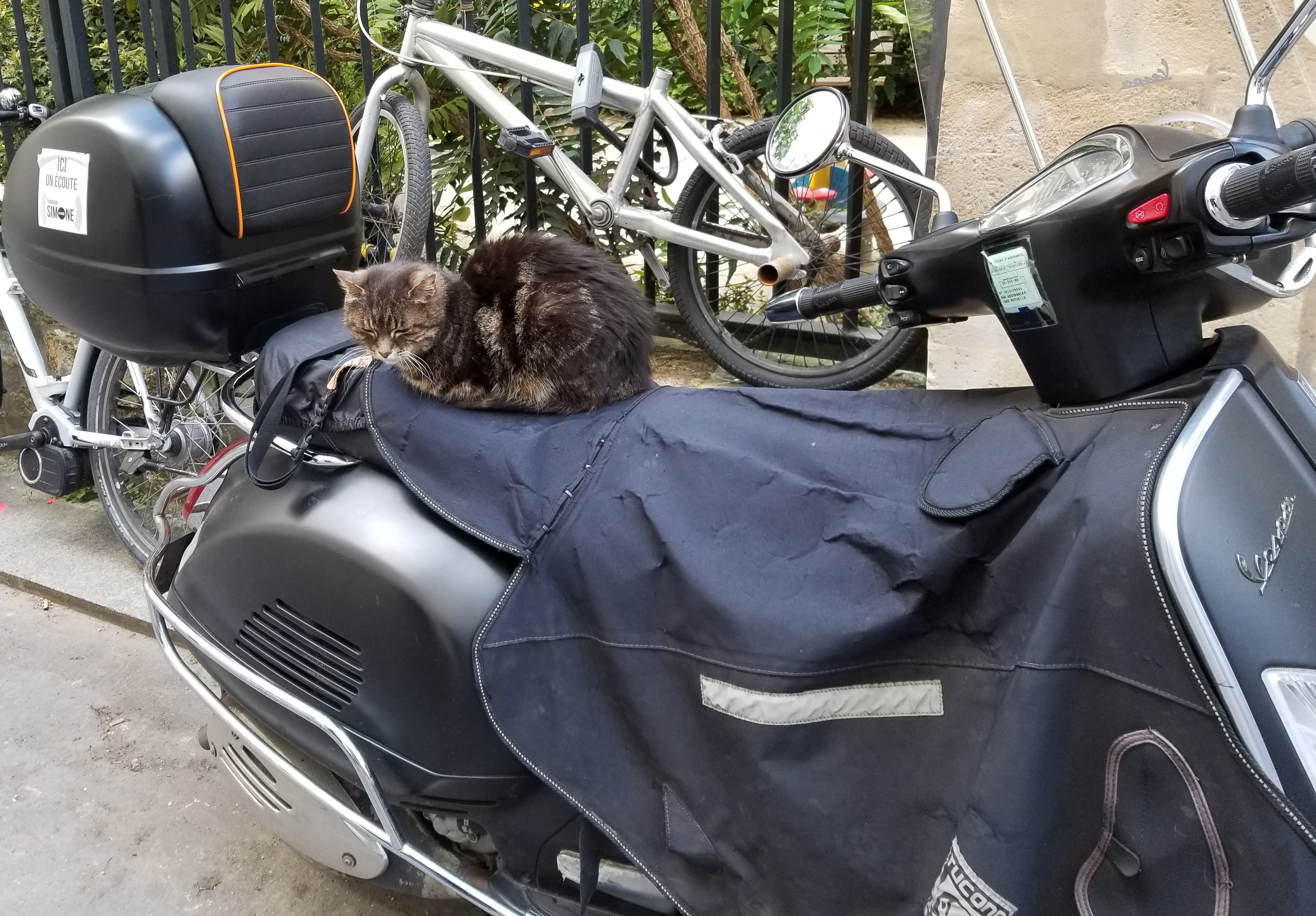 The Black Cat Cafe (not, of course, the 19th century Montmartre cabaret that inspired the famous Théophile Steinlen poster (see below): 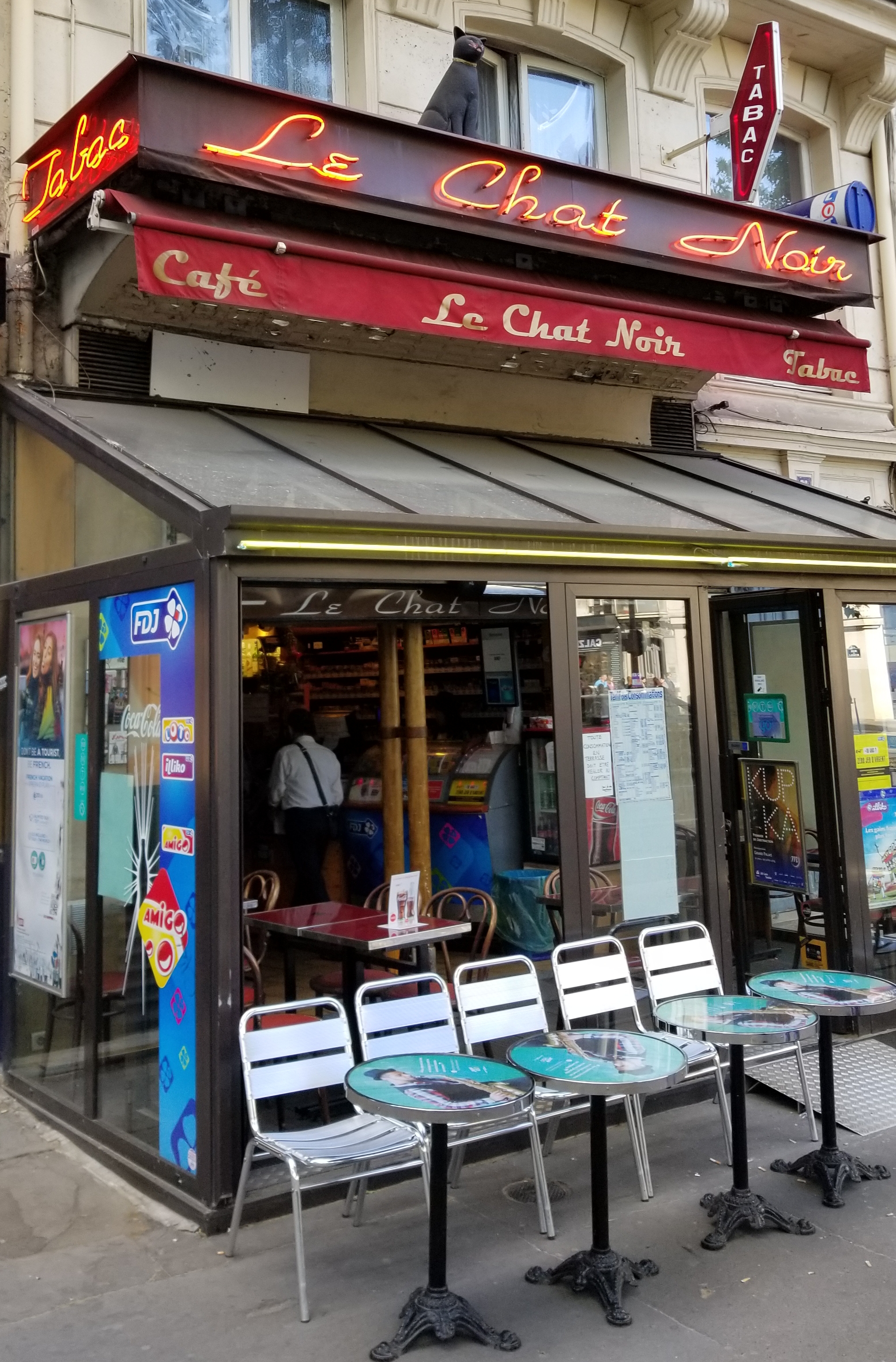 Perhaps the most famous 19th century French poster, advertising a countrywide tour of the cabaret’s performers : 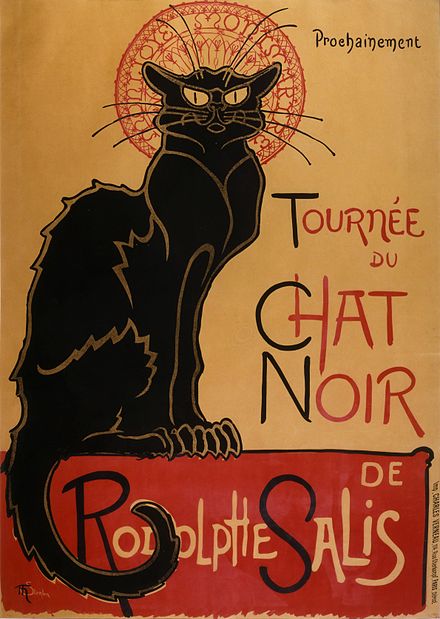 A black cat on top of the modern cafe’s awning: 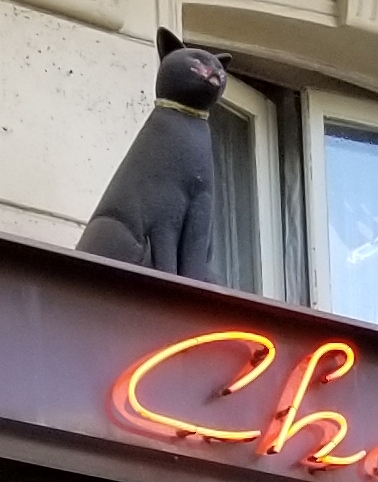 Who knows what the jacket means, but the kitty is cool:

From London: Karl Lagerfeld’s cat shoes in Harrod’s, inspired by his famous cat Choupette, the world’s most pampered moggie: 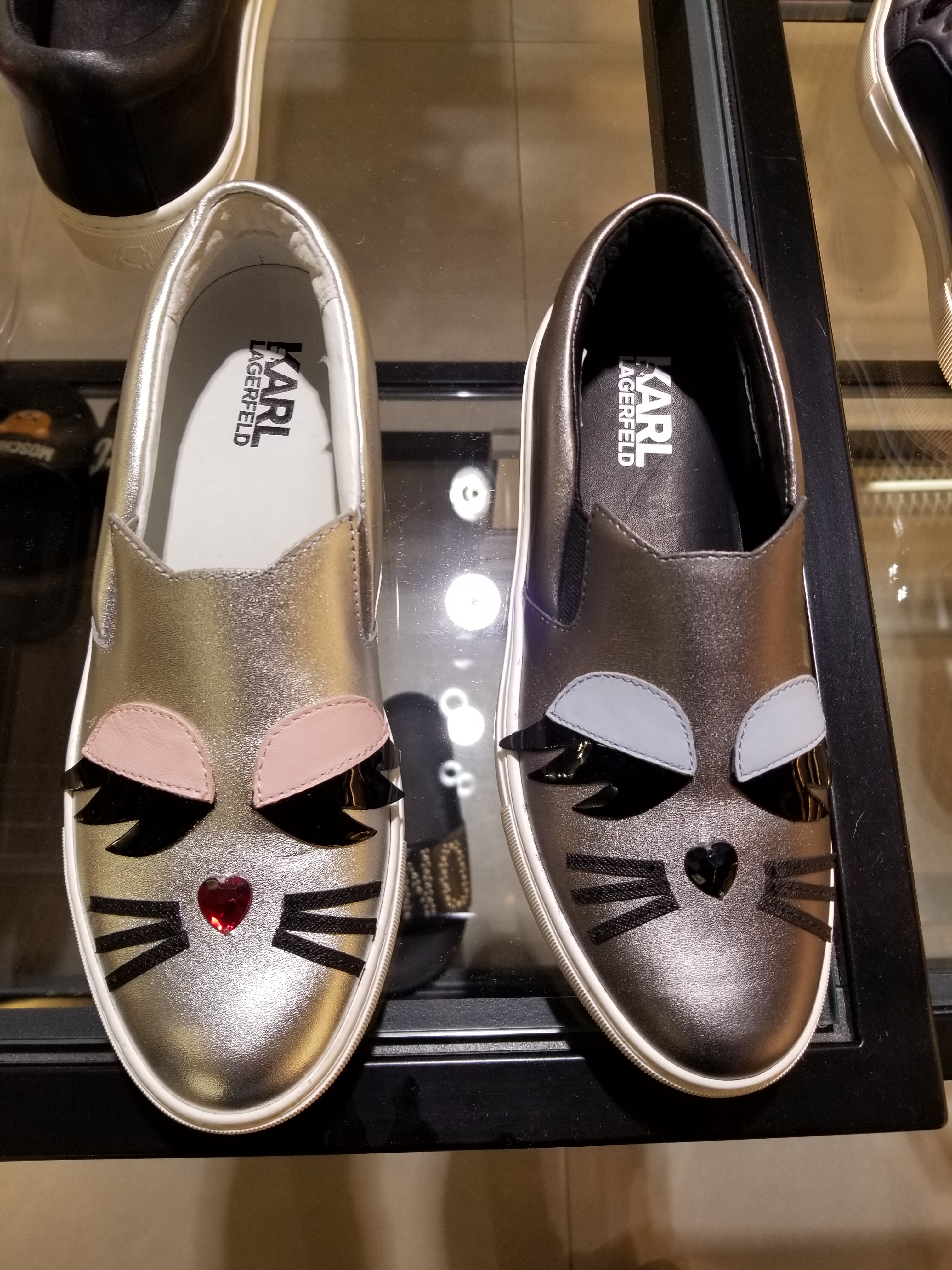 My own photo of a Lagerfeld Choupette cat phone case: 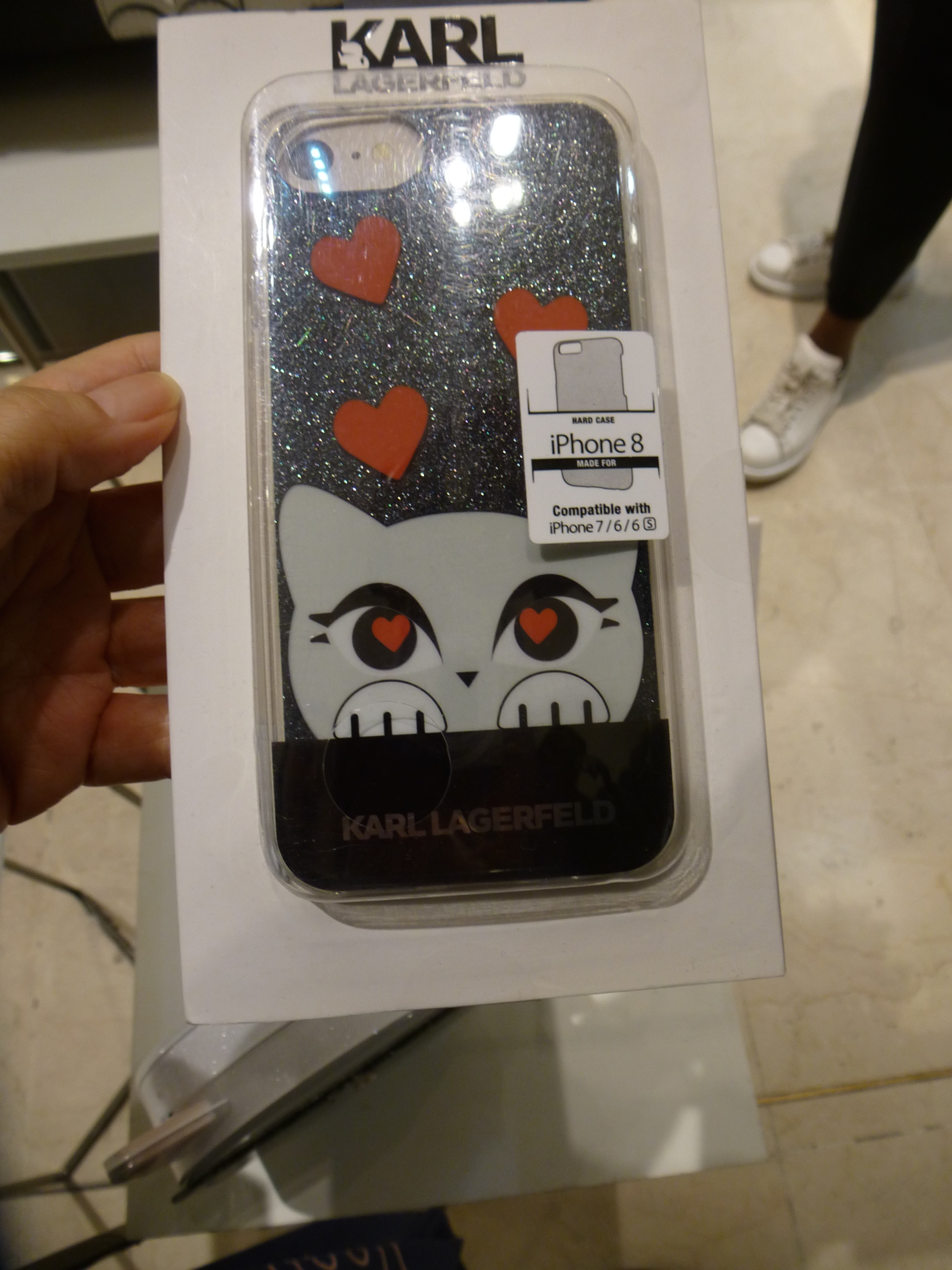 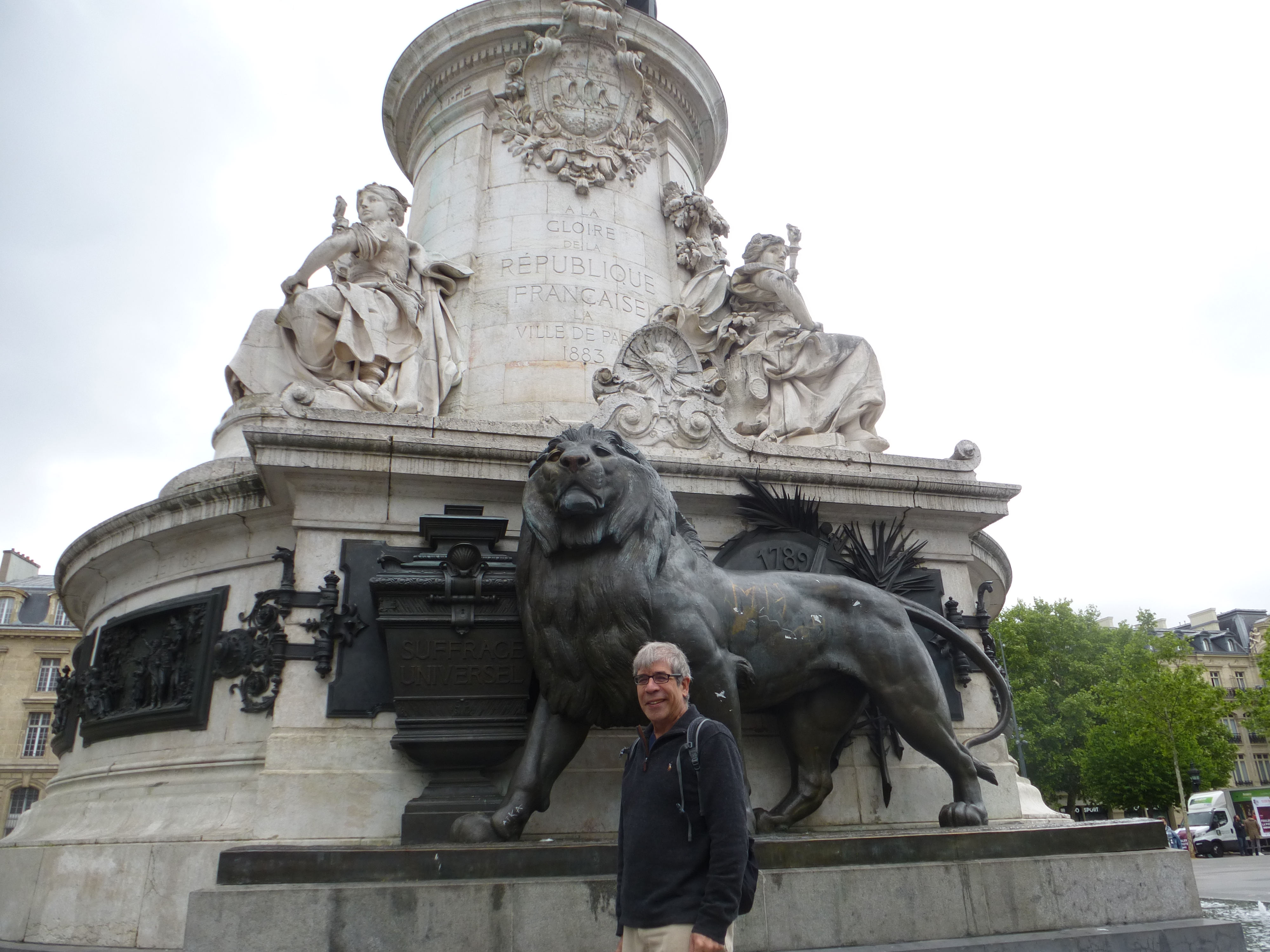 On a crystal store in the ritzy part of town: the symbol of the Yamamato Transport Company, Ltd., which will send your expensive Baccarat crystal back home. As Wikipedia notes:

The company’s logo is a yellow oval with a black mother cat carrying her kitten in her mouth, symbolizing the company’s promise that they take care of items entrusted to them as though the items were their own family. 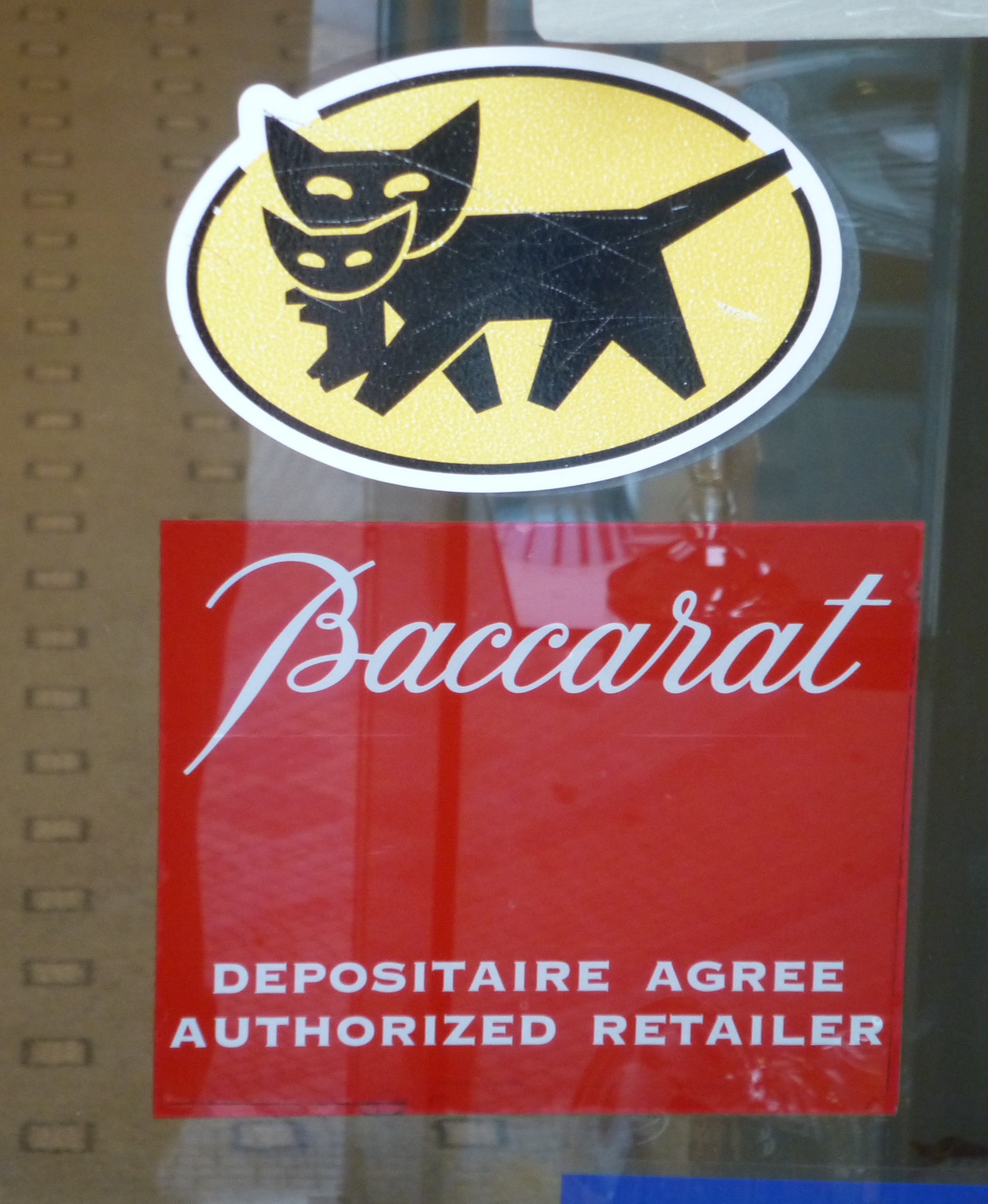 An old book of cat stories on sale at one of the quai bookshops (the ones run out of green metal boxes). When I was a kid, they sold only old books and magazines; now they mostly sell geegaws and souvenirs: 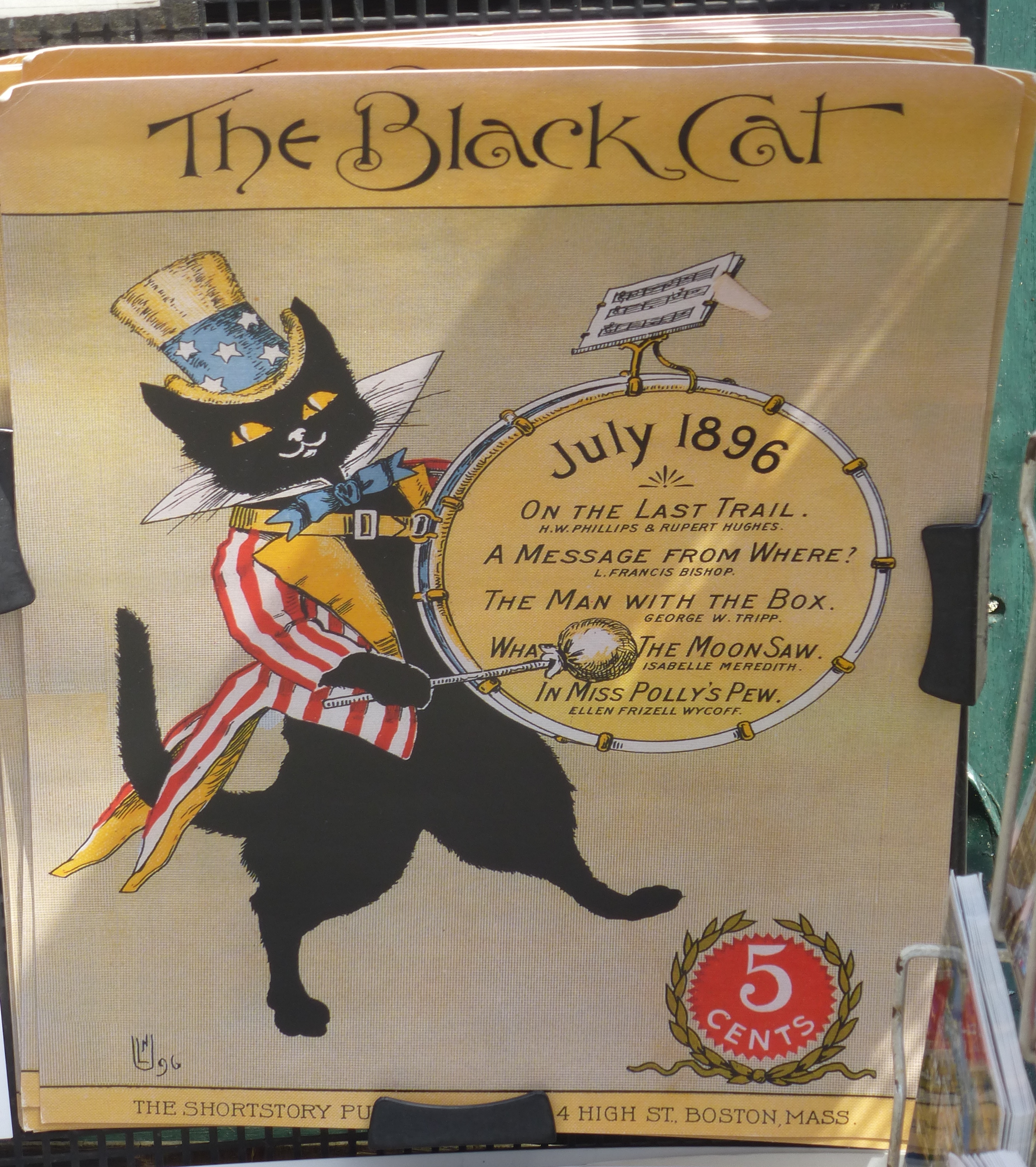 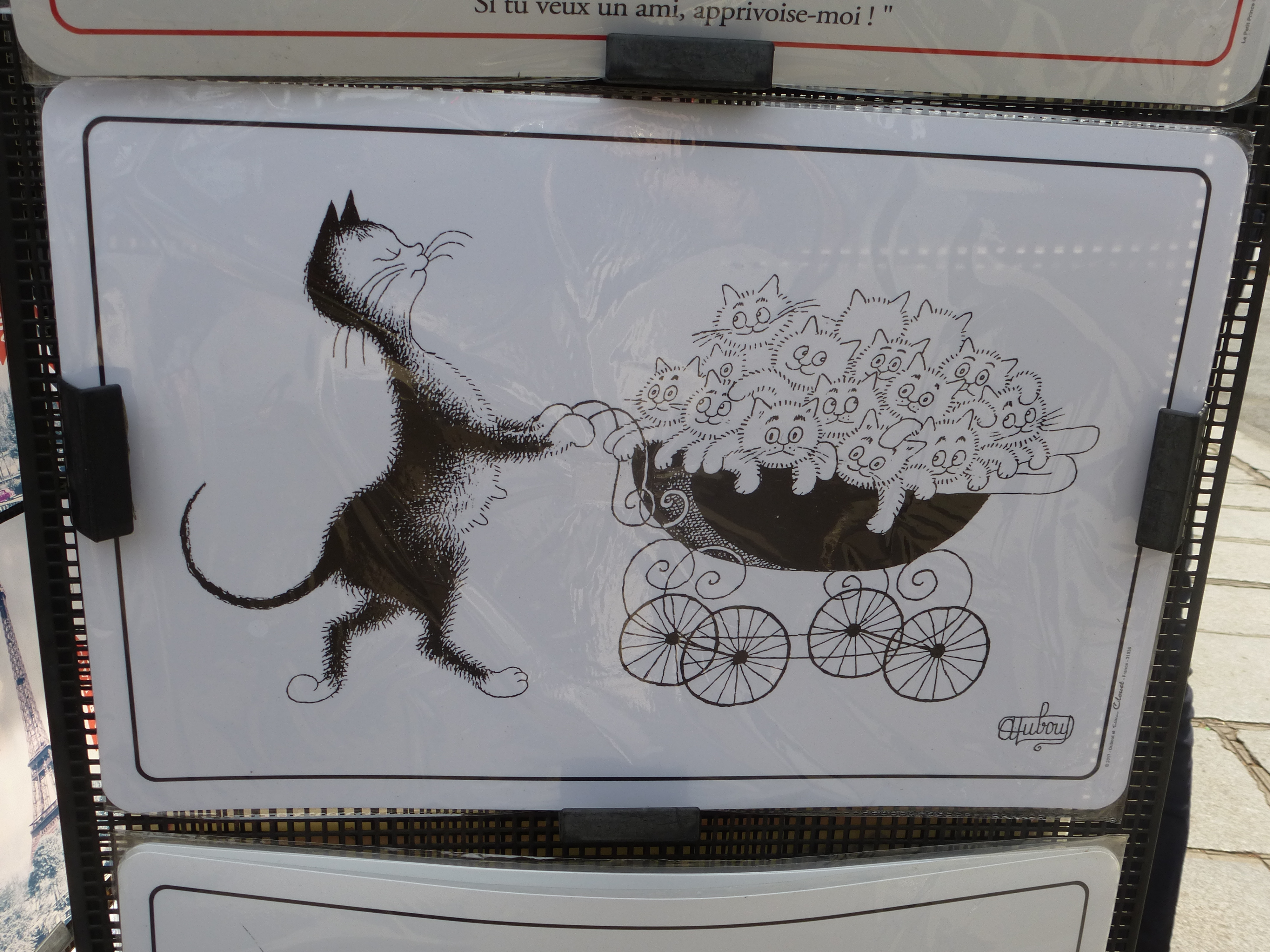 An “ass cat”? What does this mean? 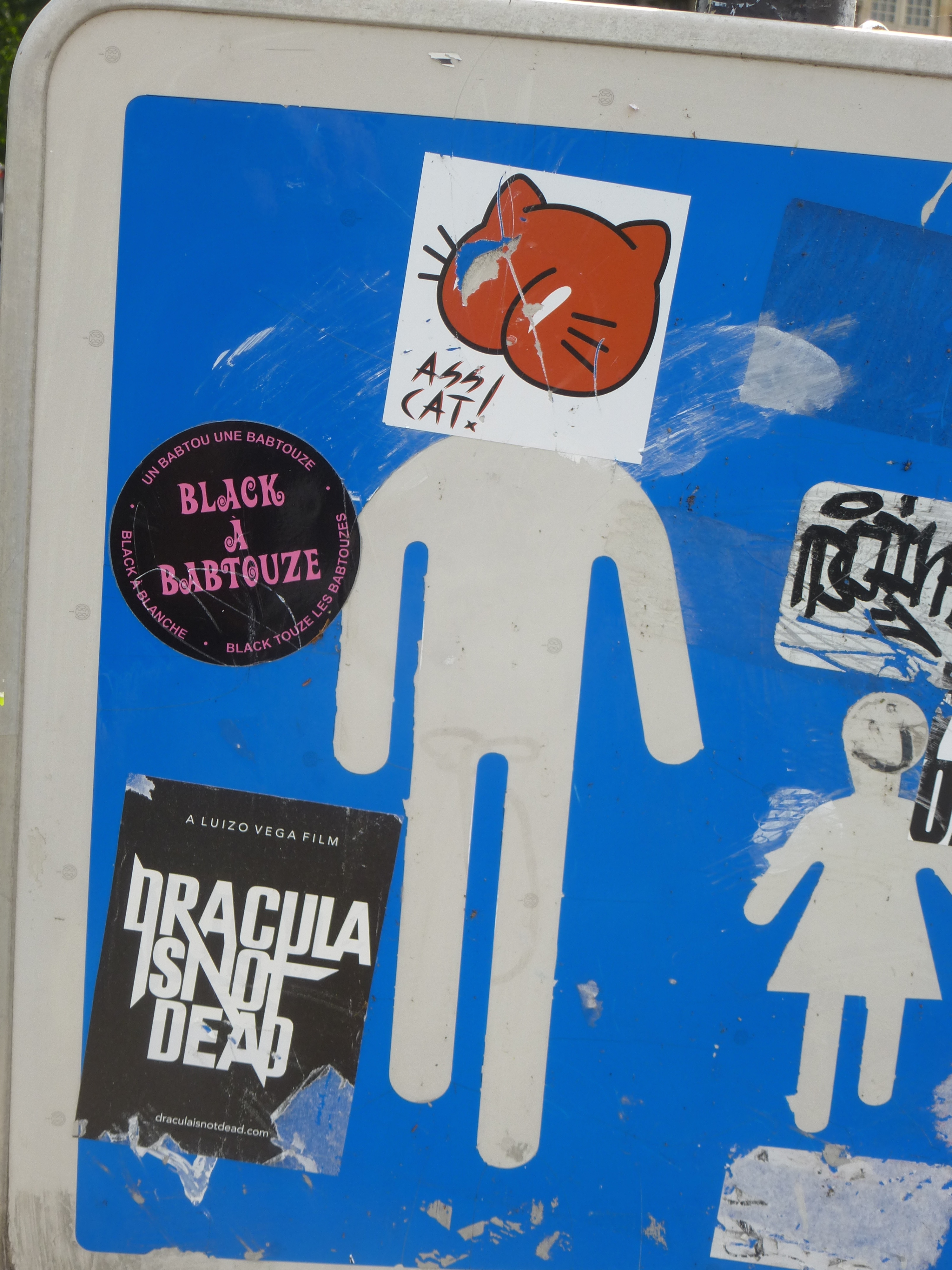 A random cat; not sure what it’s advertising but it has the Asian “lucky cat” pose: 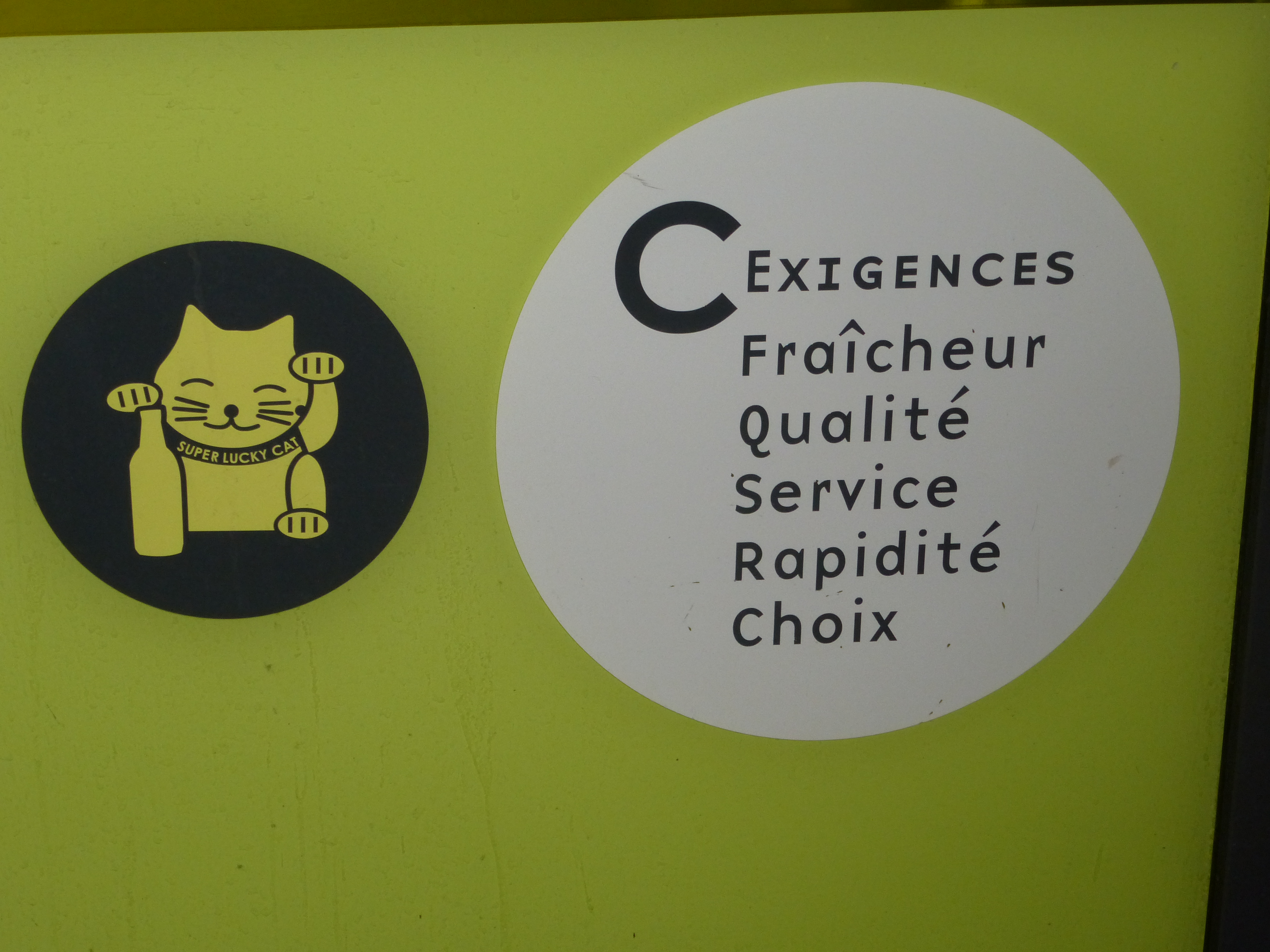 And a visit to the Cafe des Chats, which, unlike most cat cafes, doesn’t charge admission. There are about half a dozen cats up for adoption, and the drink prices (they have alcohol!) were comparable to those in a regular cafe. Note that Monday is the “Day of Repose of the Cats”: 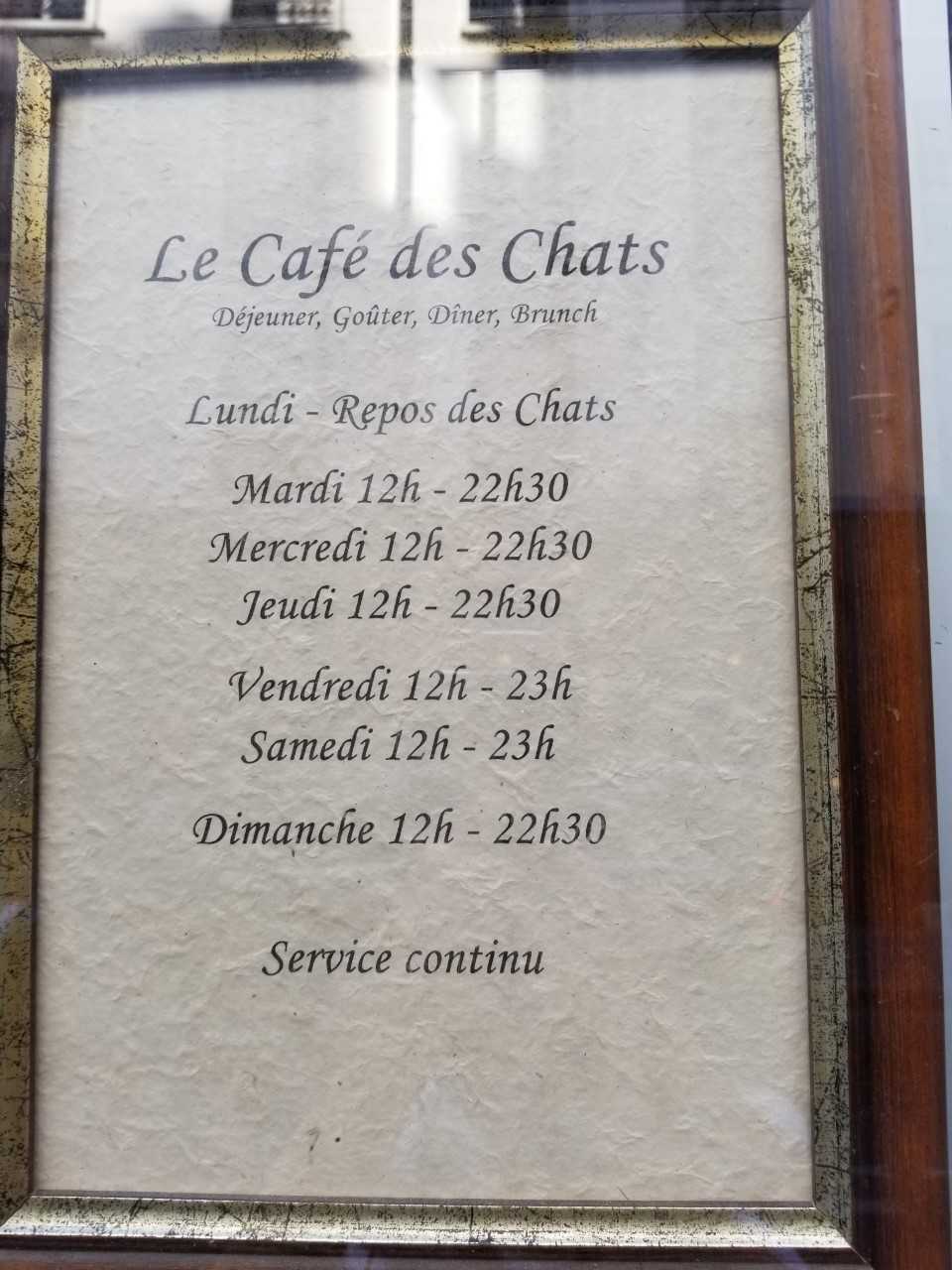 A quote from Victor Hugo on the door; surely your French is good enough to understand it. (If not, go here.) 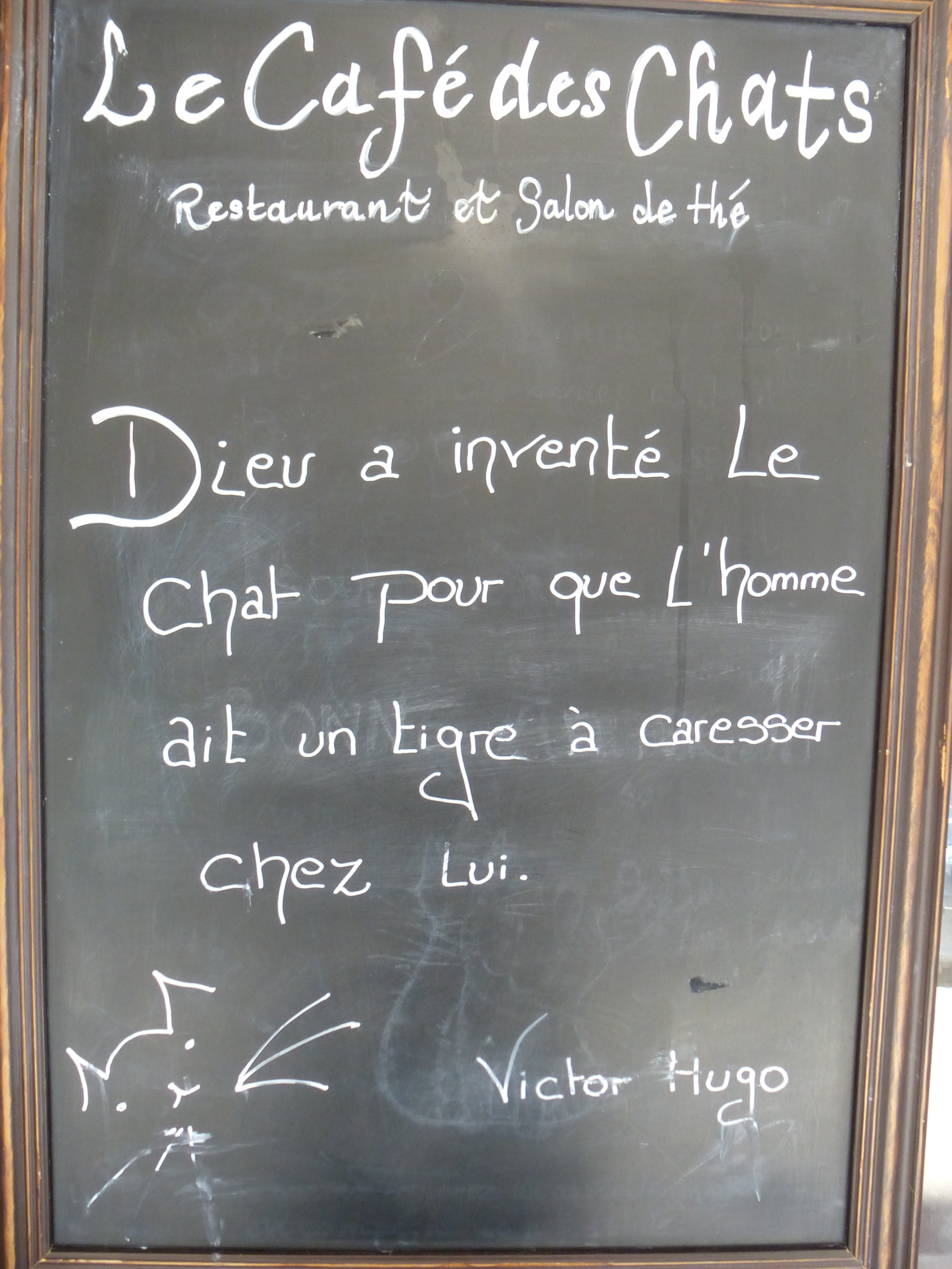 Scenes of the cats and people. Most cats were sleeping, which is okay, as it’s fine just to look at them while having a beer or a citron pressé. This lad fell asleep while petting Salem (see below): 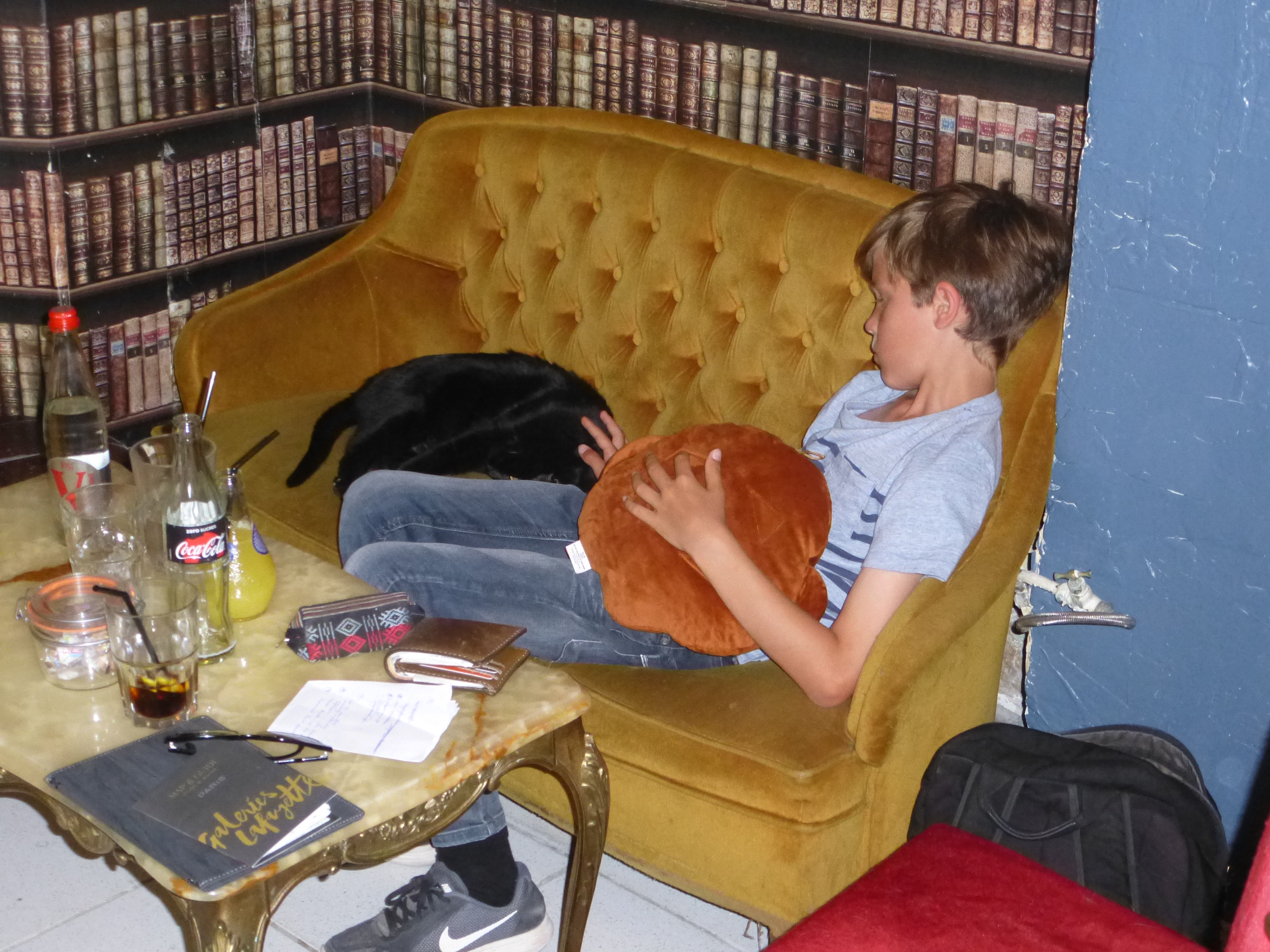 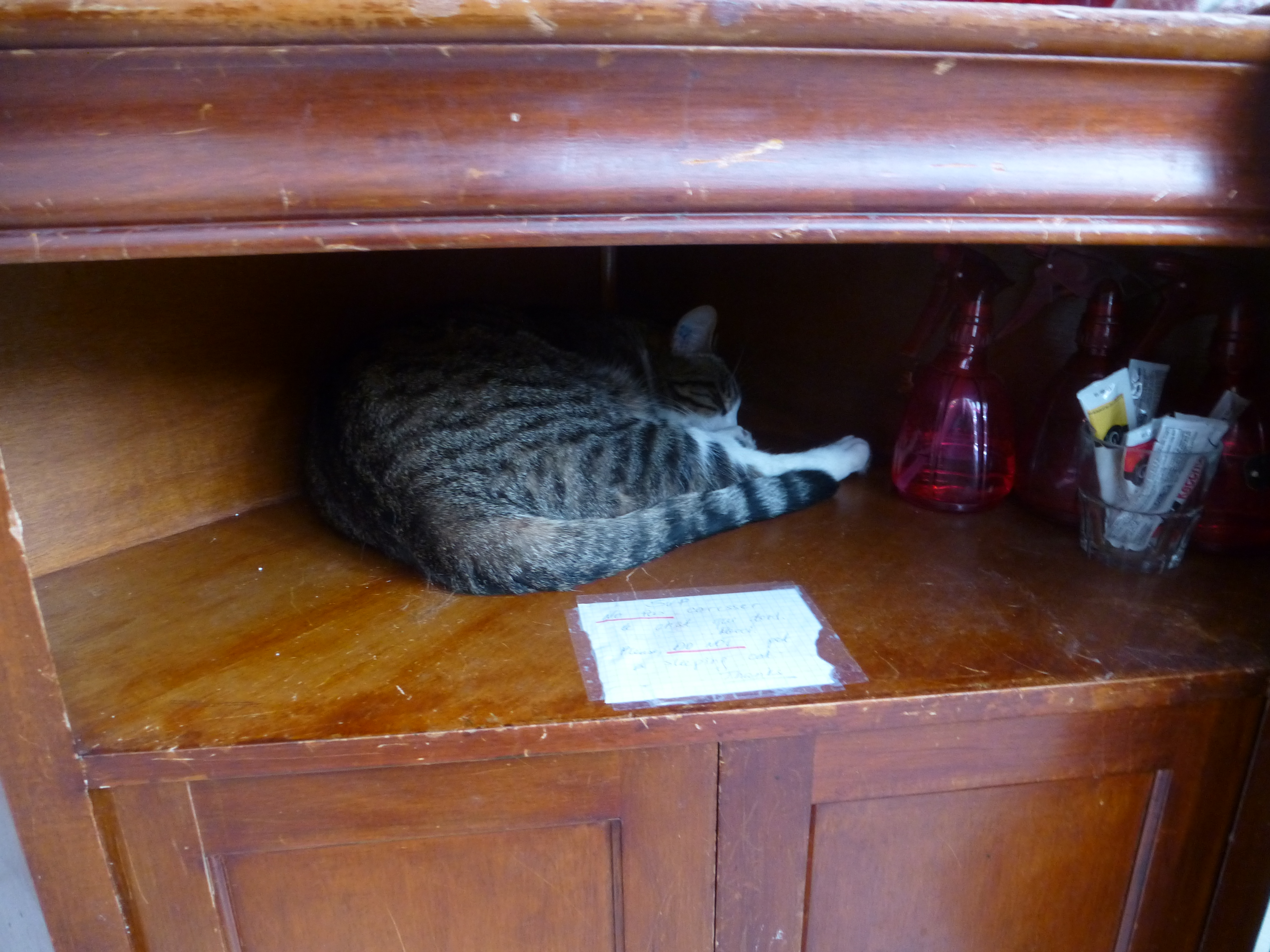 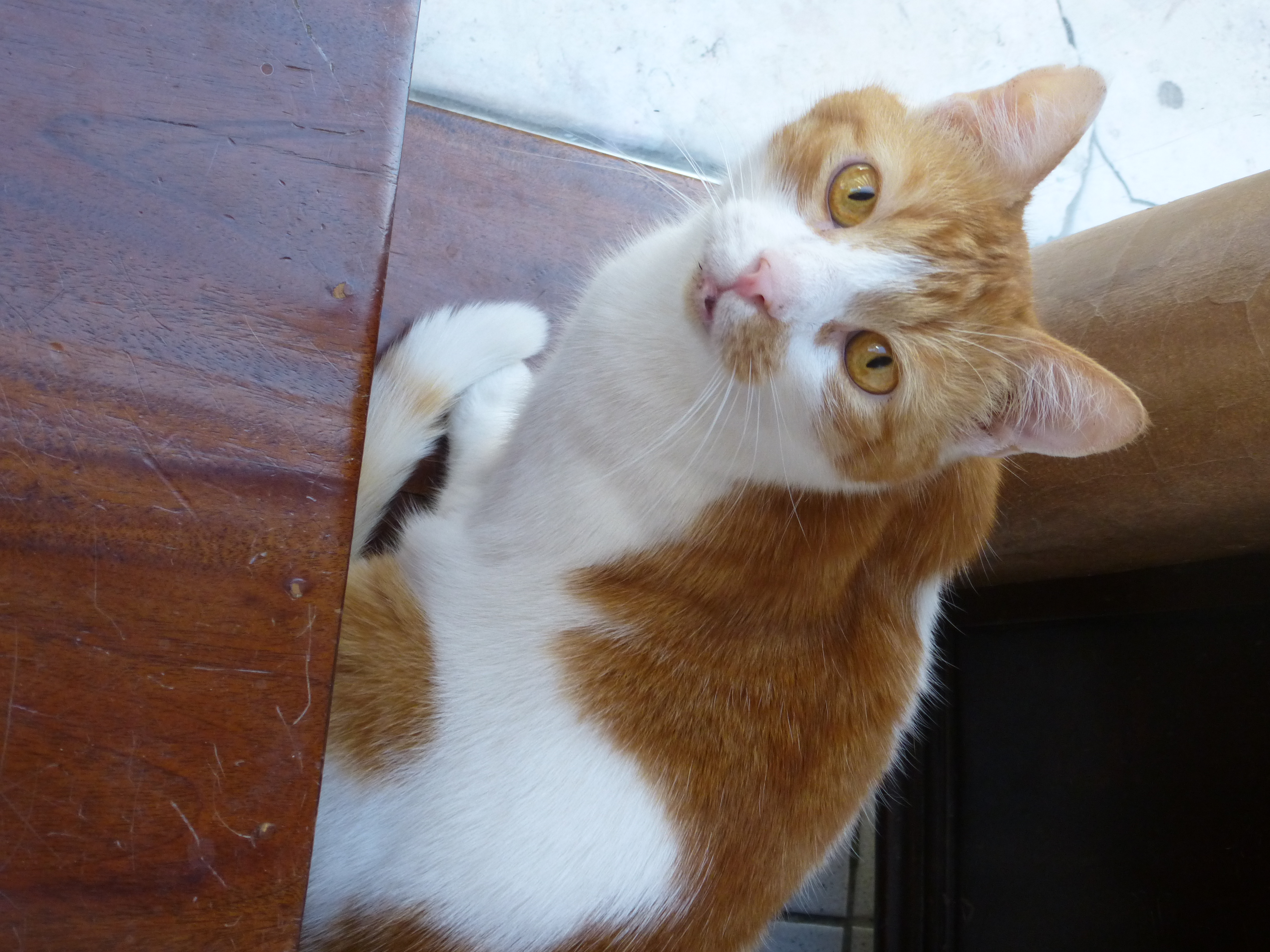 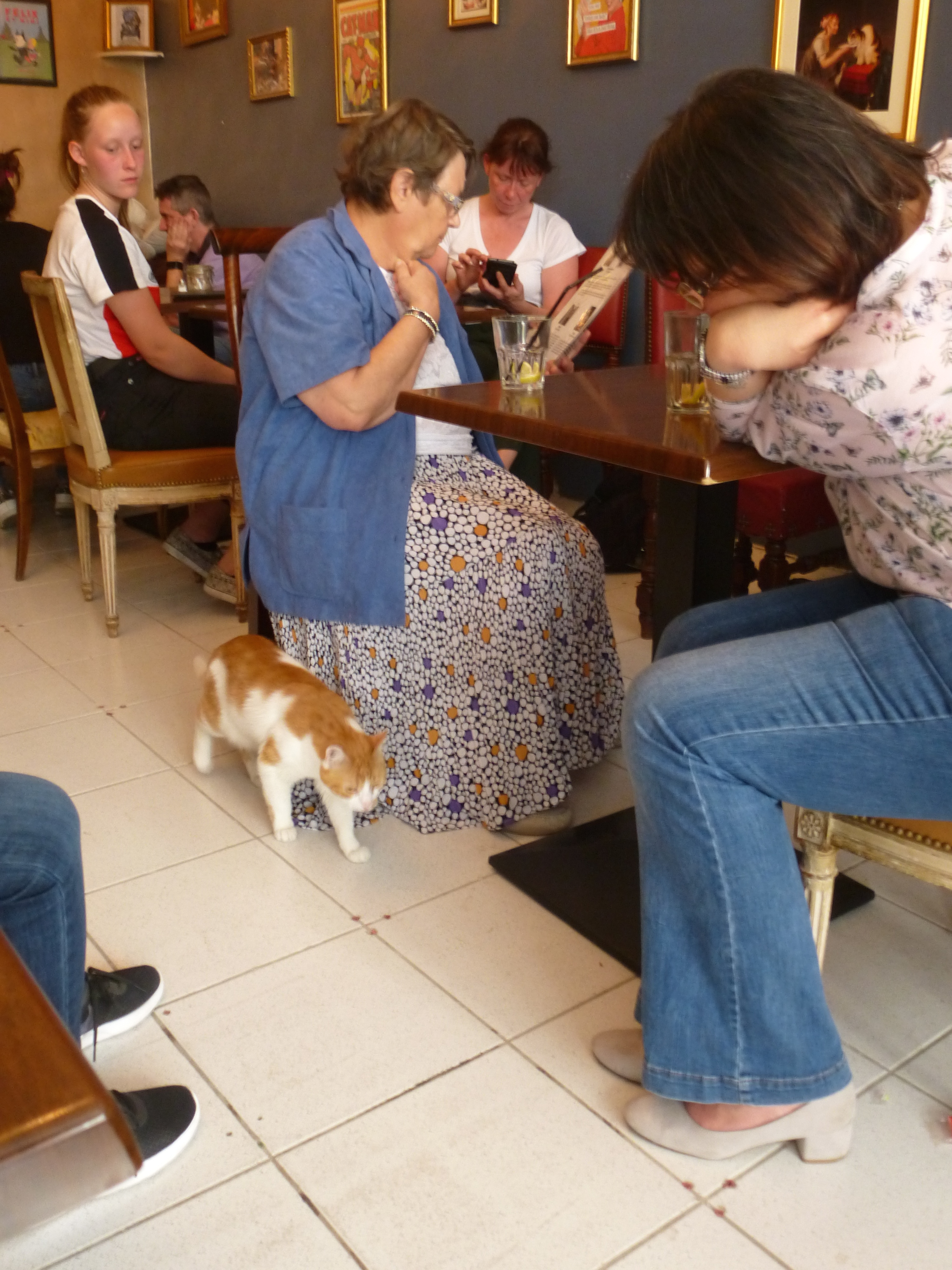 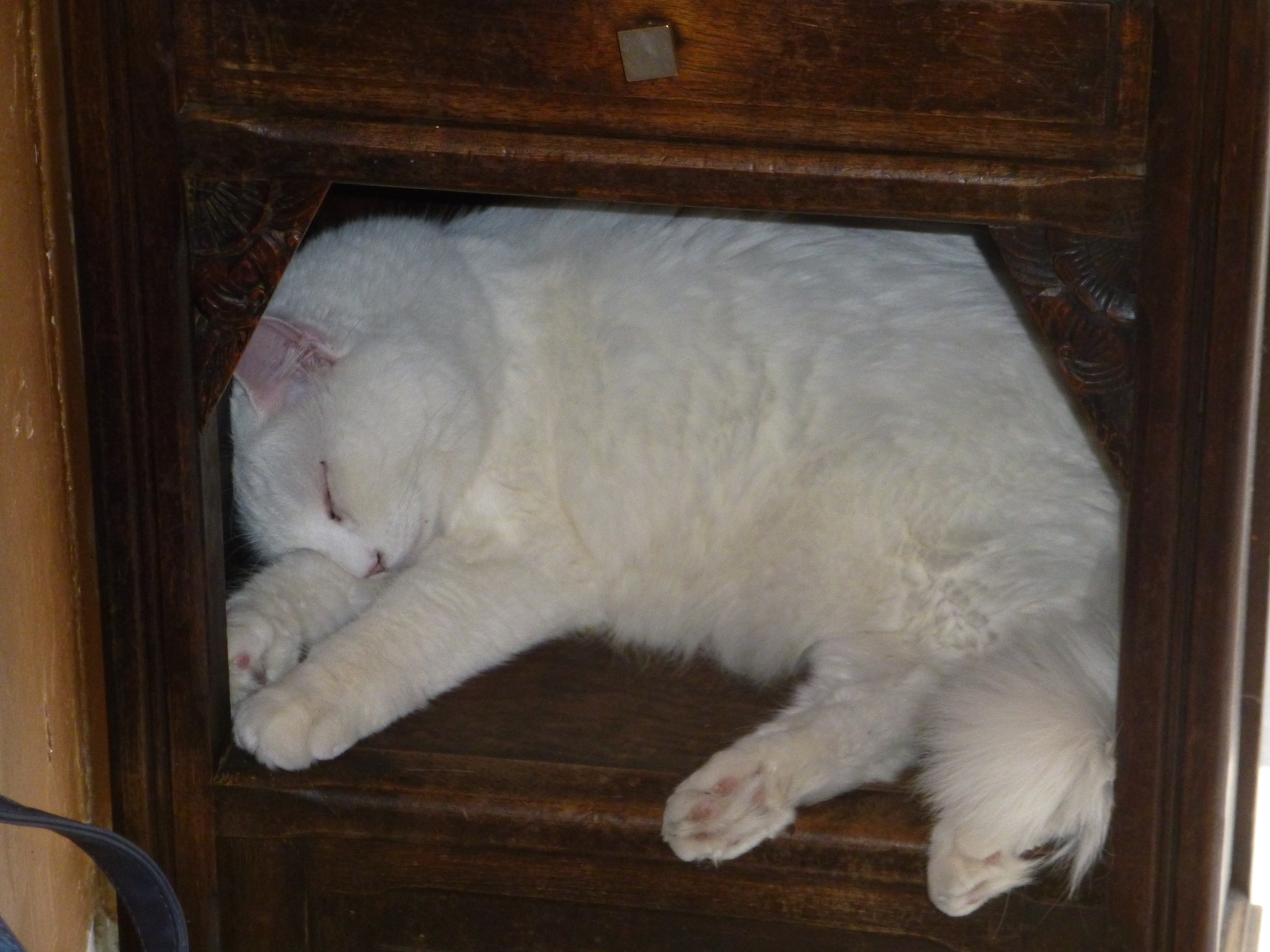 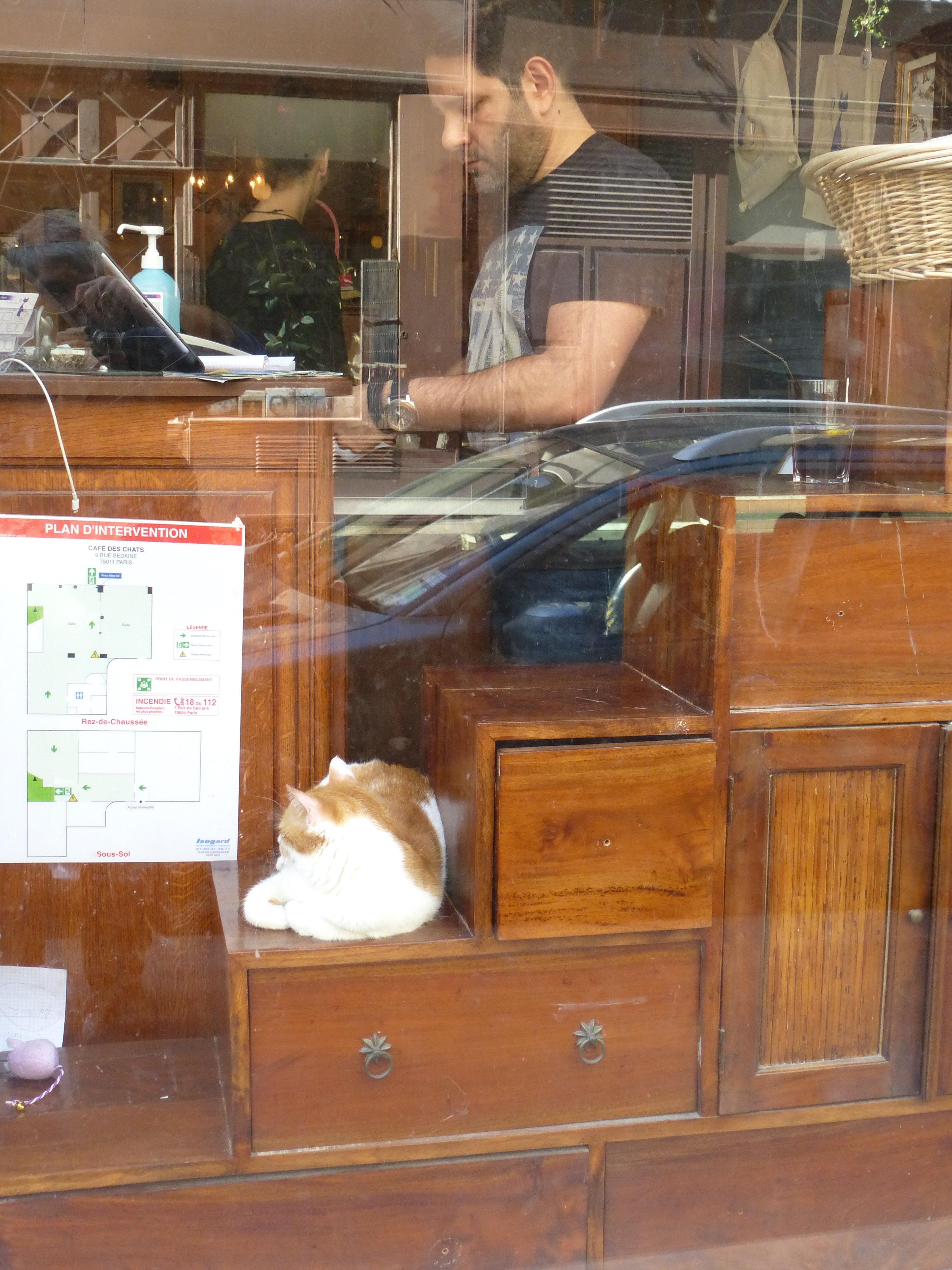 And some of the the residents: 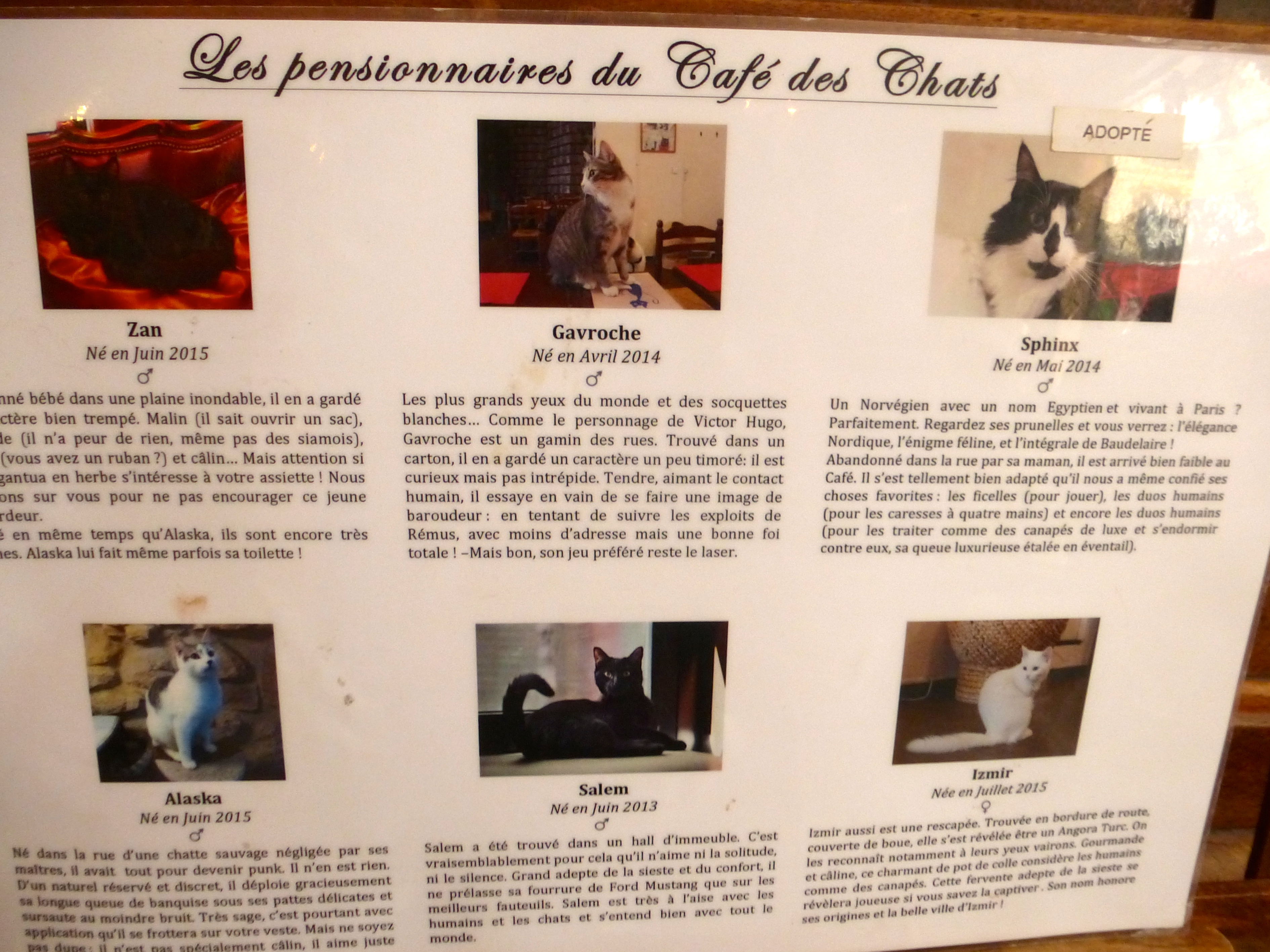