I’ve had two reports on the ducks since yesterday, both showing that Frank has now become aggressive towards his food. Not only that, but a third drake has shown up at the pond. Frank protects his corn against all comers.

Yet there’s still no sign of Honey, though she may be somewhere sitting on eggs. If she doesn’t reappear this summer, I will be inconsolable.

Here’s Sanja’s report along with a video and a photo. Notice the “head down” posture assumed by Frank when driving off his competition:

It looks like Frank is accumulating frenemies, or the rumours of our corn are spreading.

Today when I came to the pond, he was resting on the other side with another drake—I’m pretty sure the one we’ve been seeing around these few days (Henry, let’s call him). But, there was another drake (Hank?) resting where we feed them.They seemed mostly ok with each other, though Frank doesn’t really let them eat his corn and he chases them off successfully.

I’m attaching a photo and a video from today, and will follow with another video (email attachment limits!) of Frank interacting with Henry.

The three draketeeers. Frank, in the center, clearly has a lighter bib than the others, suggesting that he’s a partial hybrid with a lighter domestic duck. 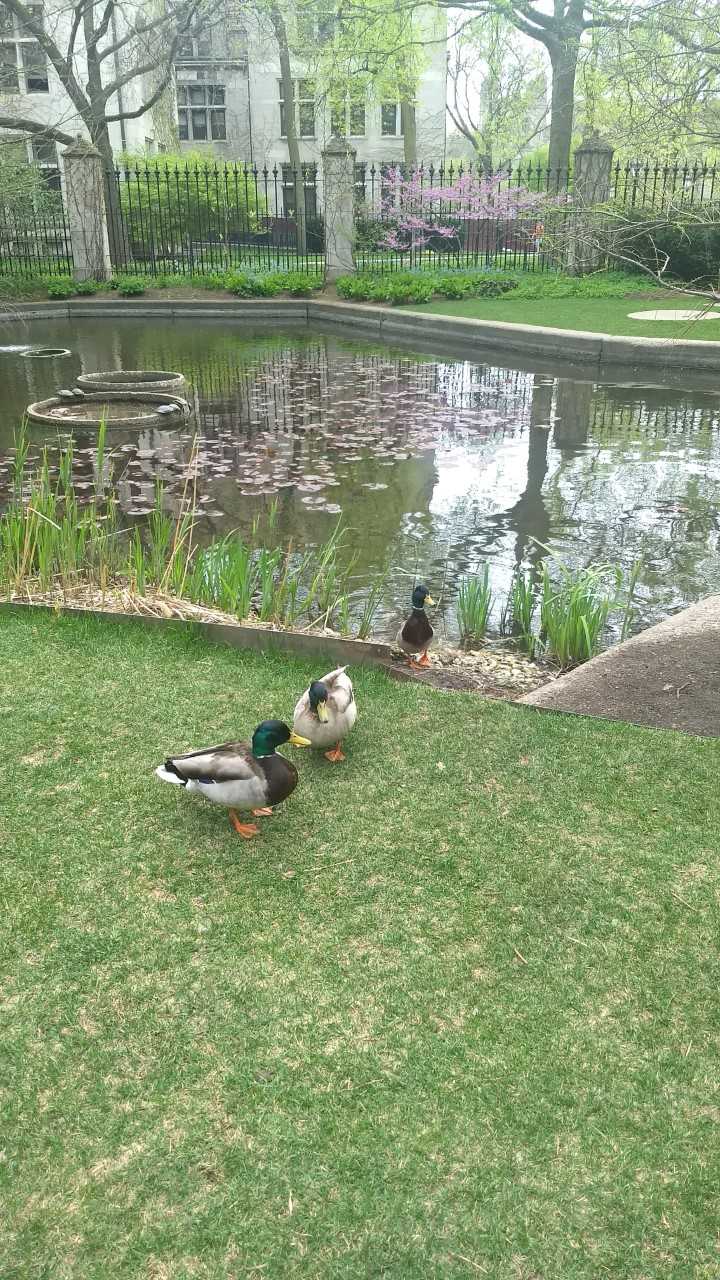 Yesterday, Anna saw only Frank and one interloper, Henry, at the pond, with Frank driving Henry away from the corn. The report and a video:

I posted a new video of Frank chasing Henry off of food. Under no circumstances will Frank allow Henry to eat Frank’s corn. I even tried to give Henry some corn to see what would happen, and Frank successfully defended all the corn from Henry’s advances. Pretty cute.

This is all interesting, of course, but I want ducklings!

5 thoughts on “Two interloper drakes at the pond; Frank defends his food”