Our seventh installment of Teaching Evolution is an extract from The Genetic Basis of Evolutionary Change by Richard C. Lewontin. As regular WEIT readers will know, Dick was Jerry’s Ph.D. dissertation advisor (and mine too in the de jure sense, since my de facto advisor, Ernest E. Williams was retired). In this book, Dick summarized and critiqued the initial results of the “find ’em and grind ’em” school of population genetics, which studied electrophoretically detectable allelic variation in soluble proteins. In the extract chosen, he lays out the basic questions of population genetics, and how, historically, they have been addressed. It turns out that protein electrophoretic data were inadequate to our needs, leading to a further “struggle to measure variation”, leading eventually to nucleotide sequencing.  The last of Dick’s books mentioned below is a collection of reviews from the New York Review of Books; it contains “Sex, Lies, and Social Science” (and the subsequent exchange), which along with Peter Medawar’s takedown of Teilhard de Chardin, and E.E. Williams’ takedown of Soren Lovtrup, is among the best book reviews ever. 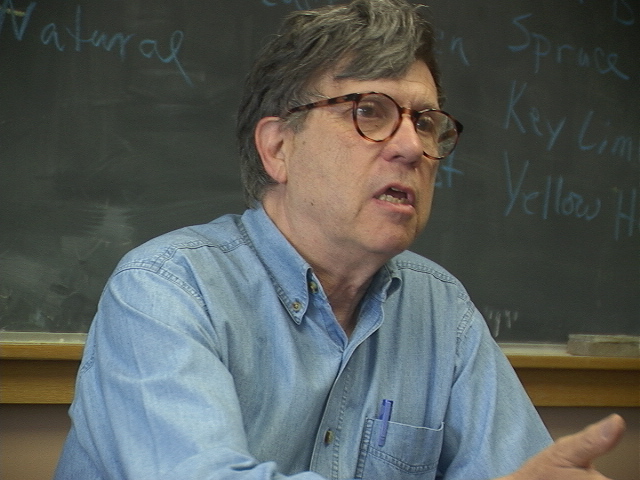 Richard C. Lewontin (b. 1929) is Alexander Agassiz Professor of Zoology Emeritus in the Museum of Comparative Zoology at Harvard University. One of the most influential population geneticists of the 20th century, he studied under Th. Dobzhansky at Columbia. His work has centered around what he has called “the struggle to measure variation”, and the interpretation of that variation in terms of the evolutionary forces acting on populations. In 1966, he and Jack Hubby at the University of Chicago, and, independently Harry Harris in England, introduced the technique of protein gel electrophoresis to the study of genetic variation in natural populations and showed that there is abundant variation in nature. His student Marty Kreitman was the first to use DNA sequencing to study variation, which, like electrophoresis before it, has revolutionized empirical population genetics. Lewontin’s books include The Genetic Basis of Evolutionary Change (1974), Human Diversity (1982), The Triple Helix (2000), and It Ain’t Necessarily So: the Dream of the Human Genome and Other Illusions (2000).

4. How would DNA sequences, as opposed to mere identification of protein alleles (as is done in electrophoresis), provide richer information for addressing the questions posed by Lewontin? In particular, how would they provide better data on the nature of selection? (The answer to this is not in the reading.)