I forgot to note yesterday that when I was feeding Frank his afternoon tea, he suddenly looked at the pond and flattened himself on the grass with his neck stretched out toward the water. Then he ran to the pond and jumped in.

There in the water was another mallard drake, but one with the characteristic brown bib of a wild duck. I thought Frank was going to drive him out of the pond, but he simply swam up to the interloper, said “hi,” and then they paddled around the pond together like old friends. I doubt Frank would have been so kind had Honey been there!  At any rate, Interloper Duck wasn’t there today.

In the meanwhile, Anna is already on the job feeding the boy while I sit at O’Hare (I didn’t get groped). Her report:

Frank says: ‘Why’re did you bring me peas? Yuck!’

He carefully ate around them… 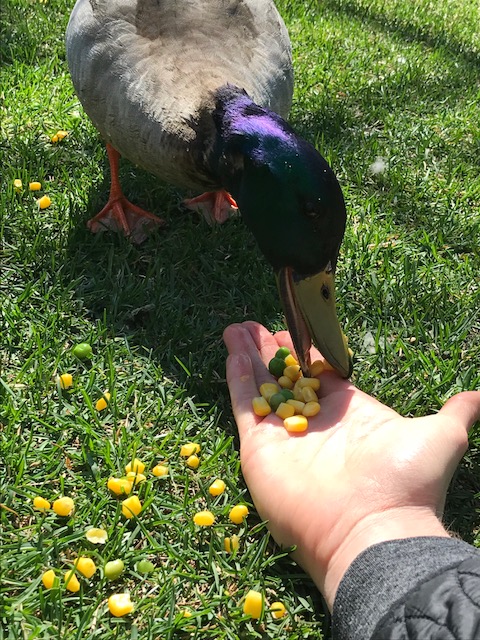 If anyone has suggestions for other food for Frank, put them in the comments below, especially if you have duck-tending experience. I haven’t tried anything but corn, peas, and mealworms (he eschews the last two comestibles). 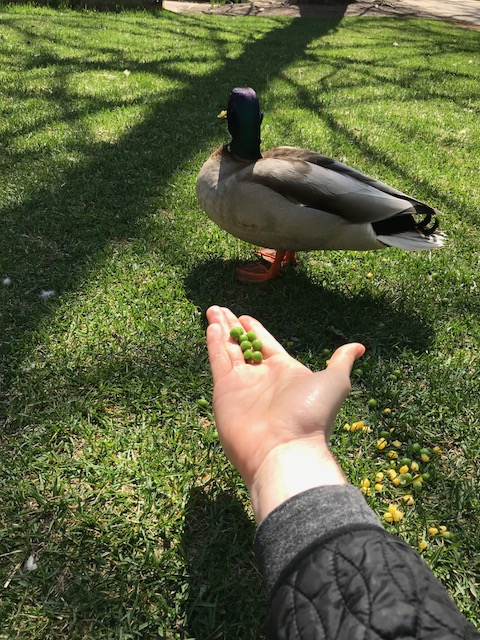