It’s a sign of the times that she was called “The Flying Housewife” because she had a daughter (Fanny, Jr.) when she won her Olympic medals. That wouldn’t fly today! (That reminds me of the Daily Mail headline when Dorothy Crowfoot Hodgkin won the Nobel Prize for Chemistry in 1964: “Oxford Housewife Wins Nobel.”)

Here’s a short video of Blankers-Koen’s achievements in the 1948 Olympics:

It’s the birthday of UK artist Ms. Dynamite (Niomi Arleen McLean-Daley), those of you in the US probably haven’t heard of her before. So, without further ado, here is some British rap.

Keeping on a musical note, today in 1991 Carmine Coppola died. Composer and flautist, he wrote some of the music for The Godfather trilogy directed by his son Francis Ford Coppola.

(yes, its definitely a photoshop of what appears to be two real photographs).

Yesterday was World Penguin Day, and there is a great collection of videos and photos under the hashtag on Twitter:

Onto a different bird.

Pencil thief extraordinaire, this cat has a mission in life.

Finally, Hili either has delusions of grandeur or is taking a swipe at theory that multiple realities can be true and legitimate.

Hili: We, big cats…
A: I think you’re exaggerating.
Hili: Size is a social construct. 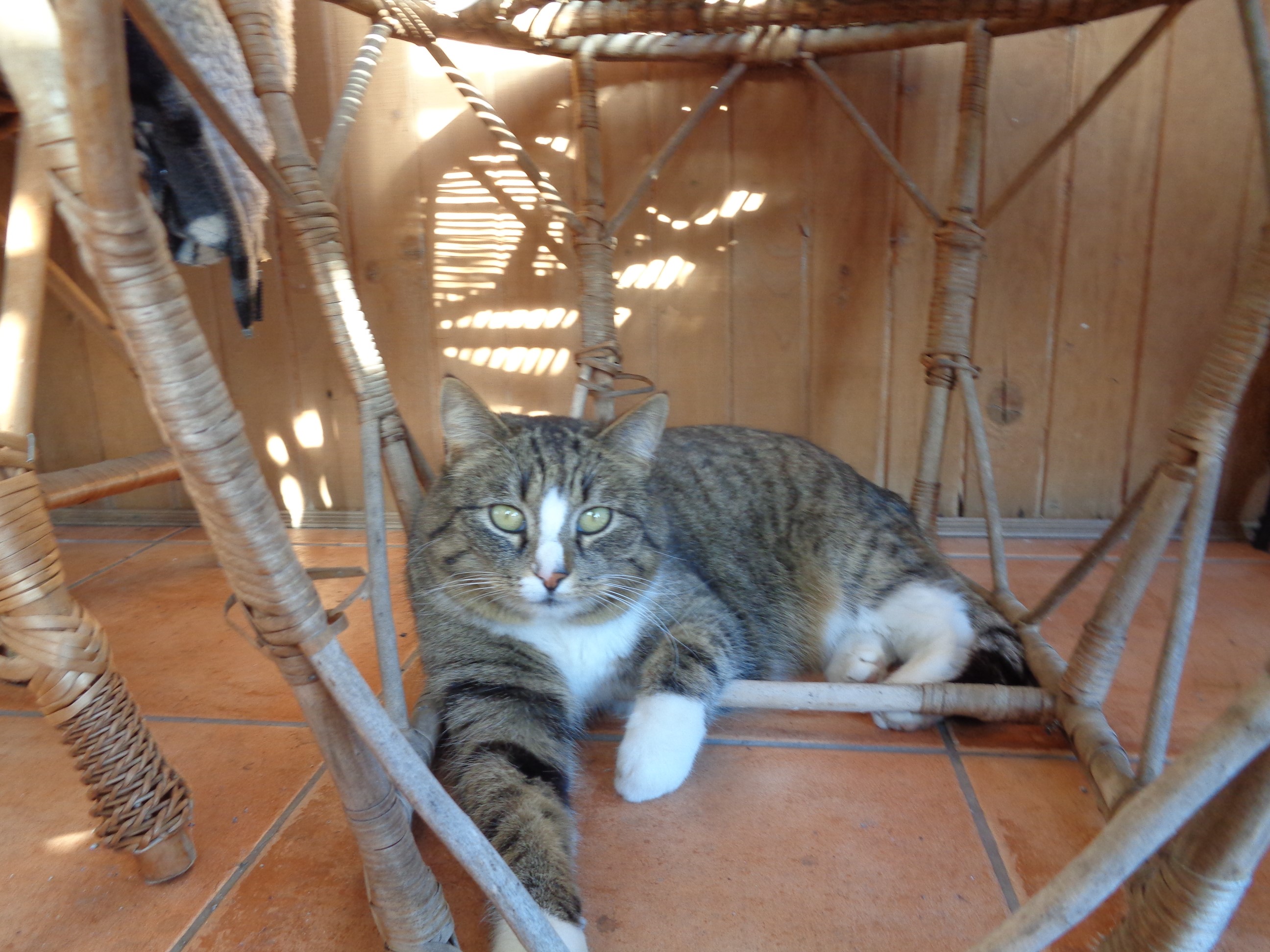