One of her suggestions for cats who were housebound and possibly bored was to give them some stimulation by making them search for their food. She suggested building a series of cardboard tubes in which treats were sequestered, making the cat snatch them out with its paw.

Taskin built the device below, which I call the Tower o’ Treats. I asked her to watch Gus retrieve at least 100 treats and record which paw was used to nab the bit of kibble. 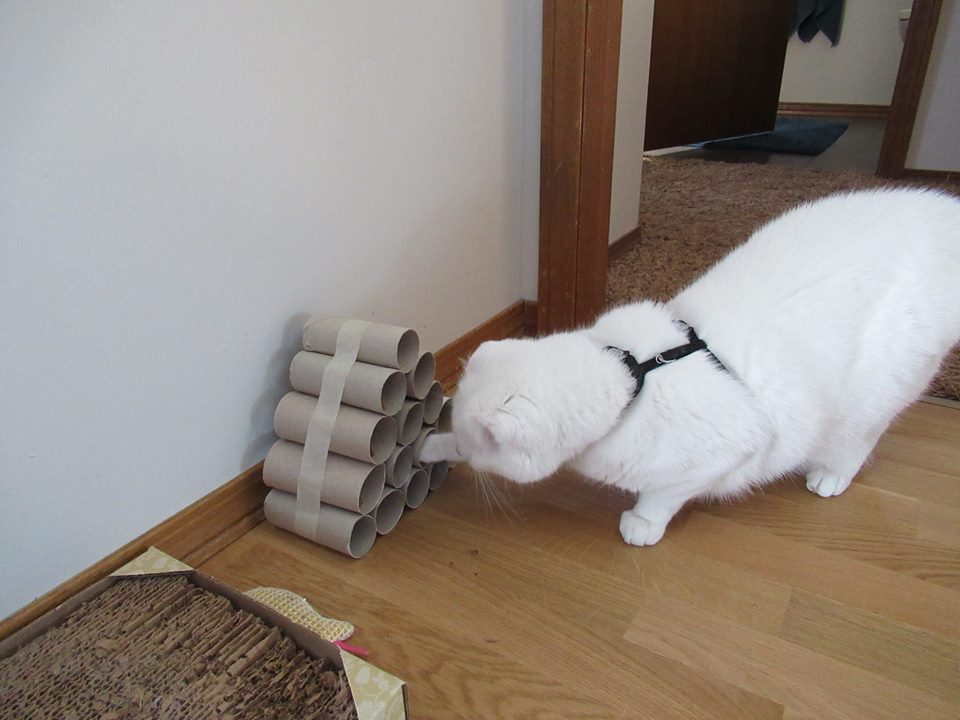 The data are below. “Combo” means that both paws were used in the order given, so that “RLR” means that he tried his right paw, then the left, and then pulled out the treat with a final right-pawed grab. In the statistical analysis, I omit the two cases in which the treat fell out of the tubes.

In the picture above, Gus is retrieving a treat with his right paw. 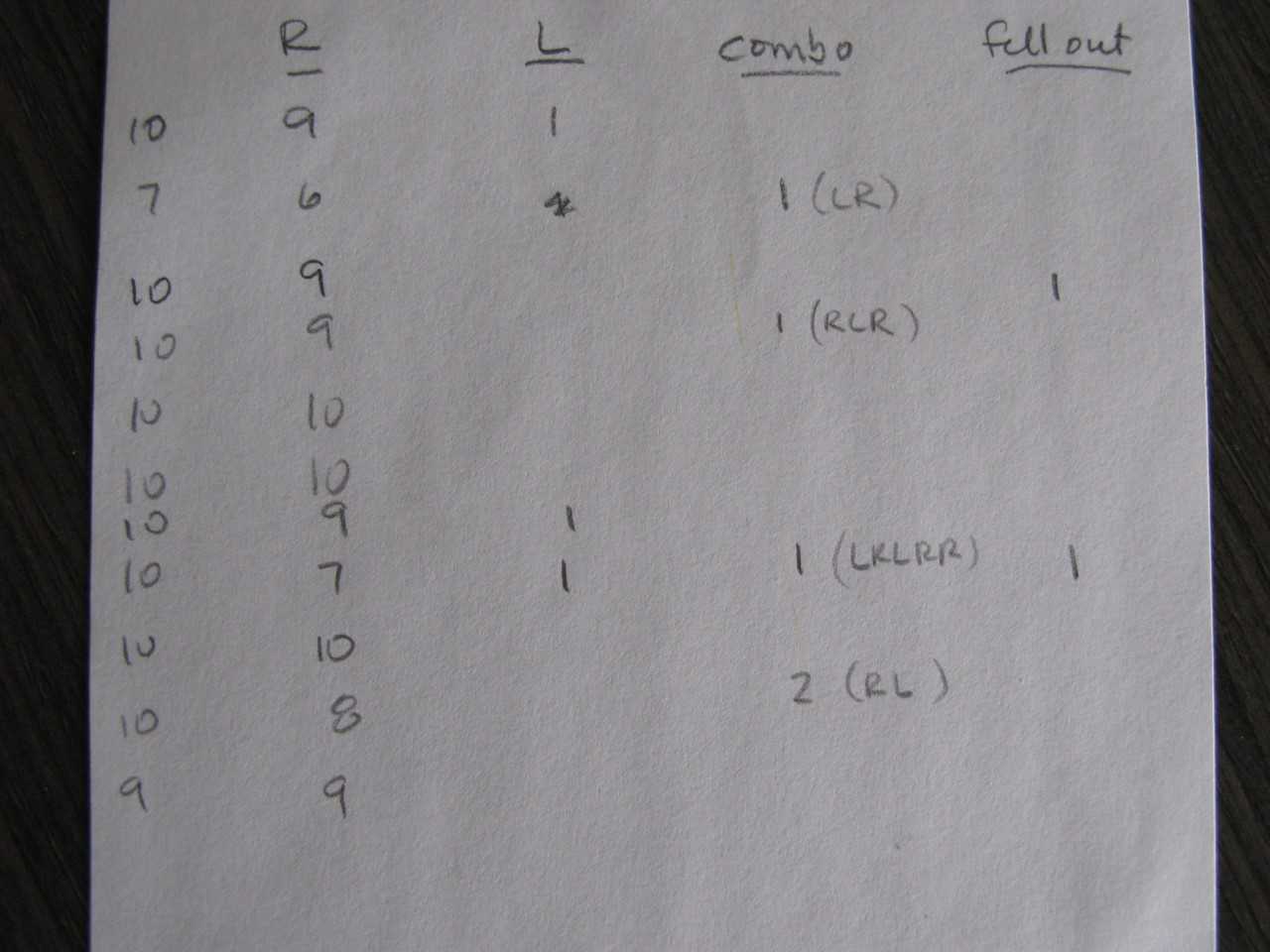 Using only the single-paw grabs (96 vs. 3), we expect, if paws were used randomly, that half the time each paw would be used: 49.5 times for the right and 49.5 times for the left (we can ignore the fact that “half instances” can’t be seen). Using a chi-square analysis under the expectation of equality, with one degree of freedom, we get:

If we do the same thing but add the few “last paw used” observations to the “single grab” data, so that “RL” counts as “left” and “LRLRR” counts as “right” (I take the last paw as dispawsitive), we get a similar chi-square statistic:

(Thanks to Greg for calculating these probabilities.)

Try this with your cat! You won’t need 100 observations, but fifty would be good.

I calculated this by hand, so forgive any errors. Statistics really aren’t needed for data this skewed, but I calculated them anyway.

16 thoughts on “Gus is right-pawed”