It’s Ceiling Cat’s Day: Sunday, April 8, 2018; also National Empanada Day. Since empanadas are a foreign food, this is simply cultural appropriation. The weather in Chicago is below freezing this morning: 25° F or -4º C, and it may even snow today. There will be no letup in the cold until the end of the week.

April 8 was a thin day in history. The Venus de Milo was discovered on the Aegean island of Milos on April 8, 1820 by a peasant, supposedly in a cave. Part of an arm and the plinth was also found, but they have disappeared. It was, of course, appropriated by the French, and now reposes in the Louvre, attributed to the sculptor Alexandros of Antioch.

On this day in 1906, the first patient diagnosed with Alzheimer’s disease, Auguste Deter, died.  On April 8, 1908, Harvard University established the Harvard Business School. Exactly three years later, Dutch physicist Heike Kamerlingh Onnes discovered superconductivity. On this day in 1924, Turkey, as part of the secularization begun by Kemal Atatürk, abolished sharia courts. On April 8, 1943, two anti-Nazi activists, Otto and Elise Hampel, were beheaded in Berlin.  On April 8, 1974, Hank Aaron hit his 715th home run in Atlanta, breaking Babe Ruth’s record of 714 that had stood for 39 years. The current record is 762; do you know who holds it? Finally, on this day in 2013, the Islamic State of Iraq, entering the Syrian Civil War, declared a merger with the Al-Nusra Front, establishing the Islamic State of Iraq and ash-Sham.  I notice today that the odious government of Bashar al-Assad, protected by the equally odious Russians, have launched another chemical attack on the Syrian people, killing at least 70.

Today’s Google Doodle features the famous Mexican actor Maria Félix (1914-2002), a staple of the Golden Age of Mexican cinema. The Doodle and its earlier versions are given here, and I’ve put a brief YouTube video about Félix below (I couldn’t find any scenes from her movies.)  She died on her 88th birthday.

Meanwhile in Dobrzyn, Hili is nervous about an unknown “thing”:

Hili: We have to hurry.
Cyrus: Why?
Hili: Some unknown thing is approaching. 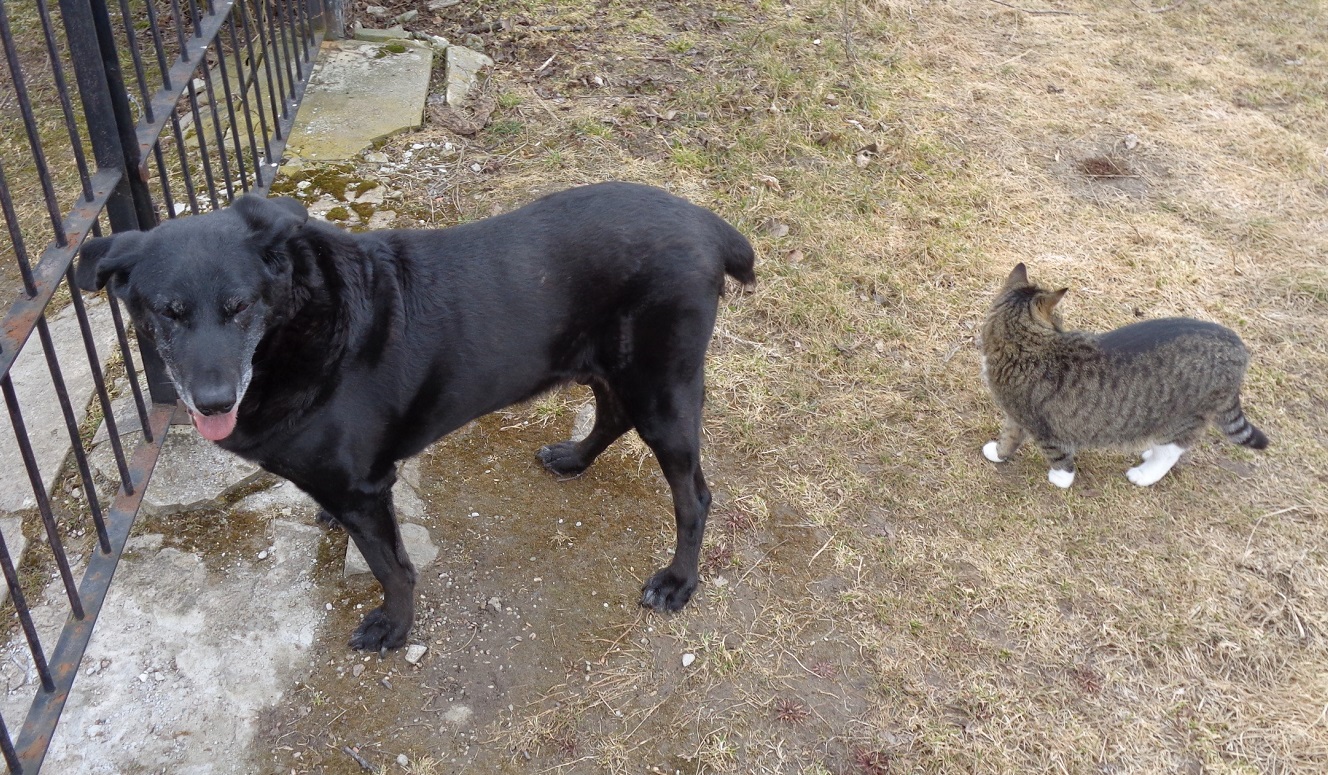 We haven’t heard from Doc Bill down in Texas for a while, but he sent a picture of his beloved Kink, saying that the Kinkster had a bad case of Maru Syndrome: 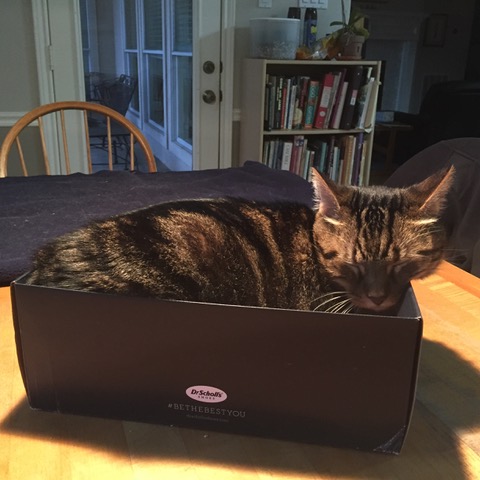 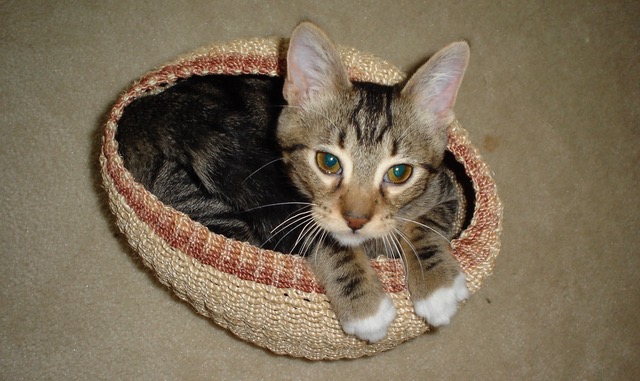 I finally asked my grandpa why so many of his books were wrapped in duct tape. His response was "I tape the covers so it looks like a bible and I can read it during church." Somebody get him a medal. #lifehacks pic.twitter.com/IR6lAoazKL

Trump as Business Cat, one of my favorite cartoon characters:

From Matthew, who wants the readers to guess how this guy does it. Guesses in the comments, please:

From Heather Hastie via Ann German: a bear cub seems to purr: 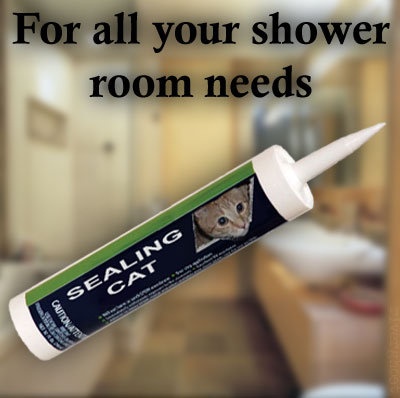 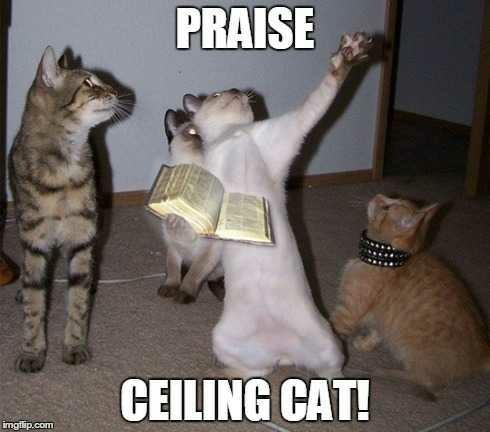