Besides a meteor video (our first), we have a collection of photos taken by reader Joe Dickinson. His notes are indented:

Here are shots from a December trip primarily to see wintering waterfowl in the Merced and San Louis National Wildlife Refuges over in the California Central Valley, with some nice non-waterfowl bonuses.

The most striking concentrations were Ross’s goose (Chen rossii) and snow goose (Chen caerulescens), often in mixed flocks and difficult to distinguish at a distance. 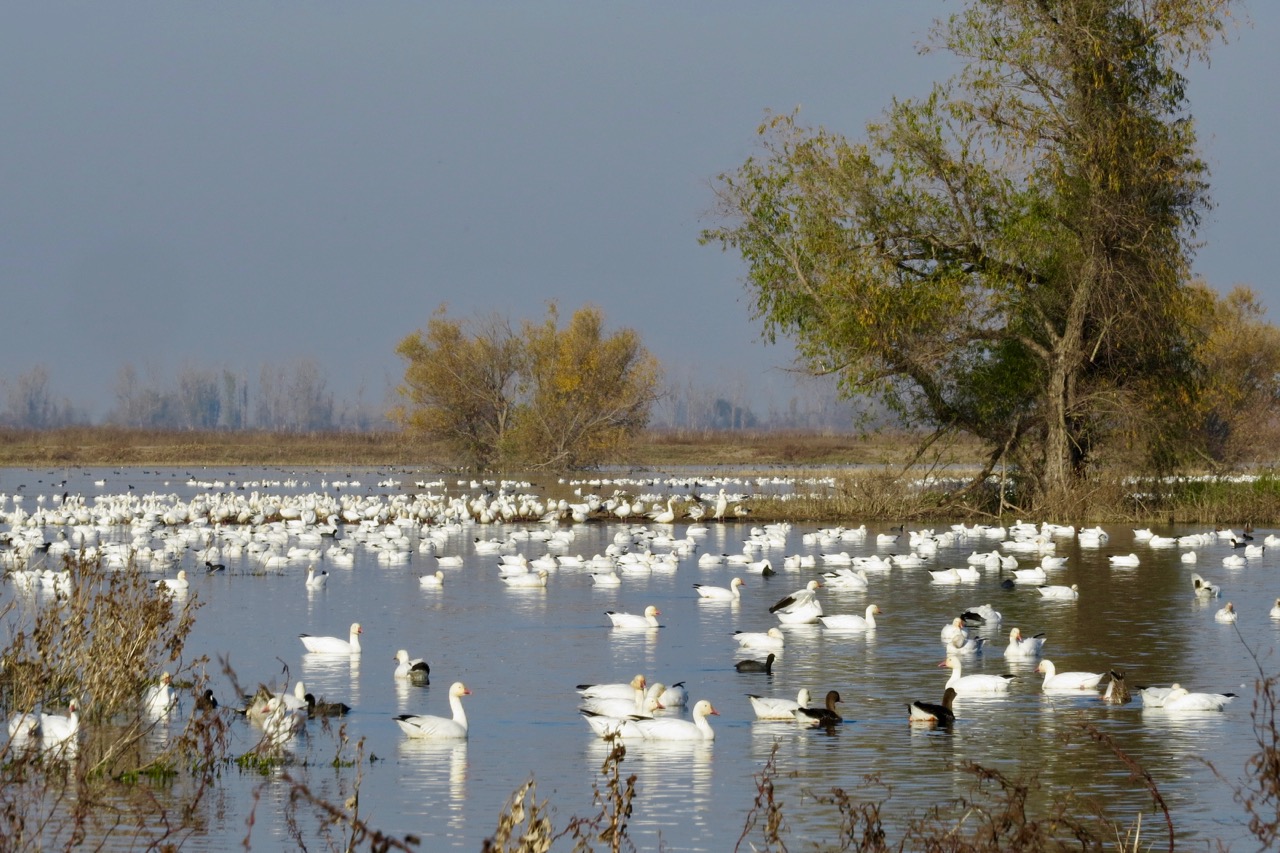 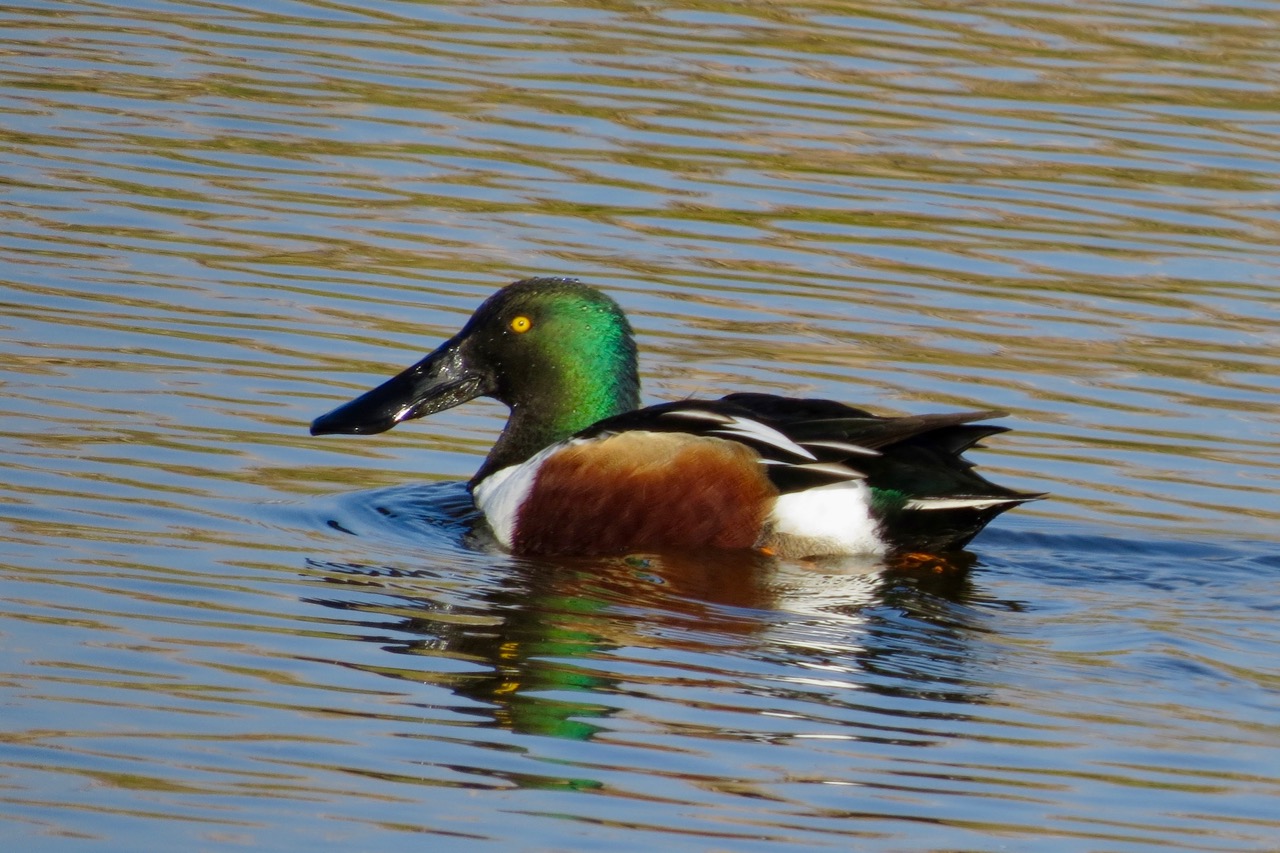 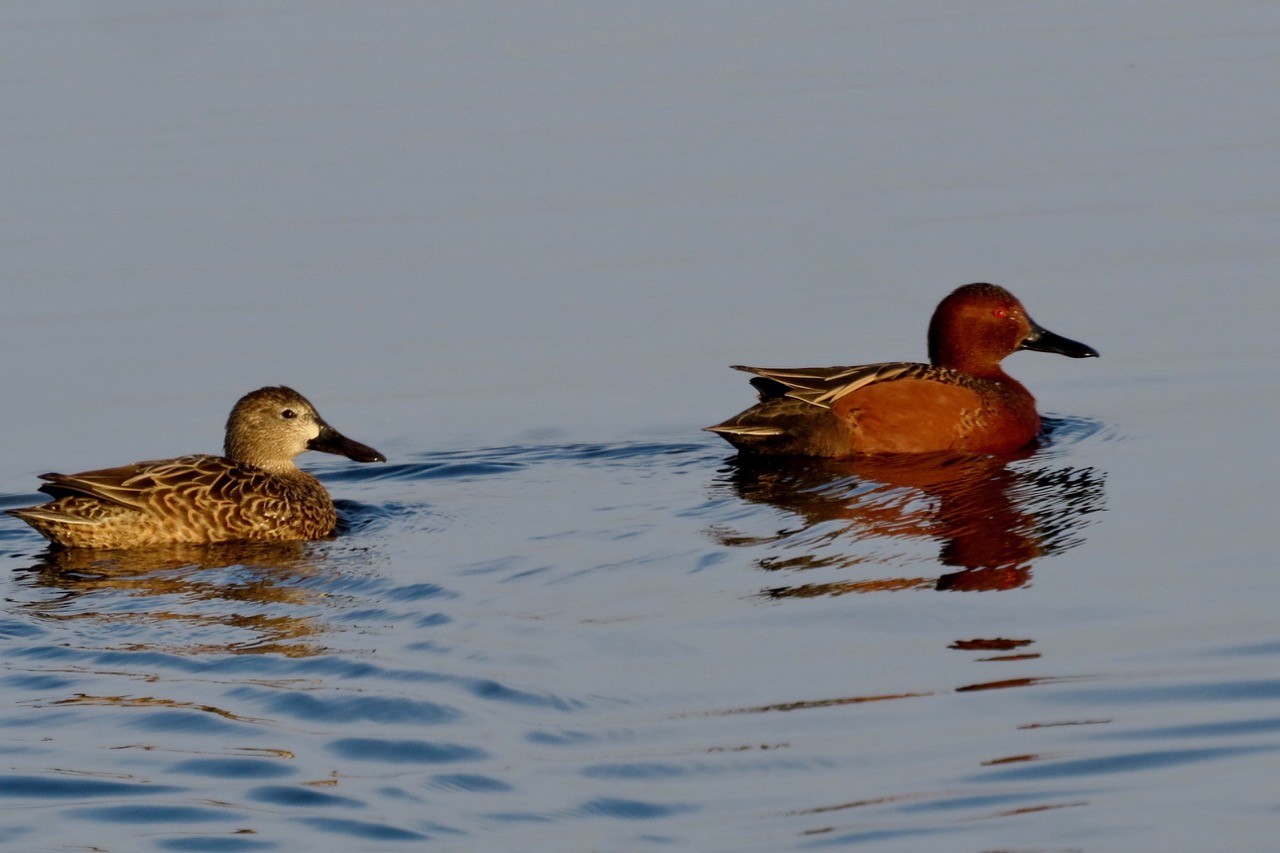 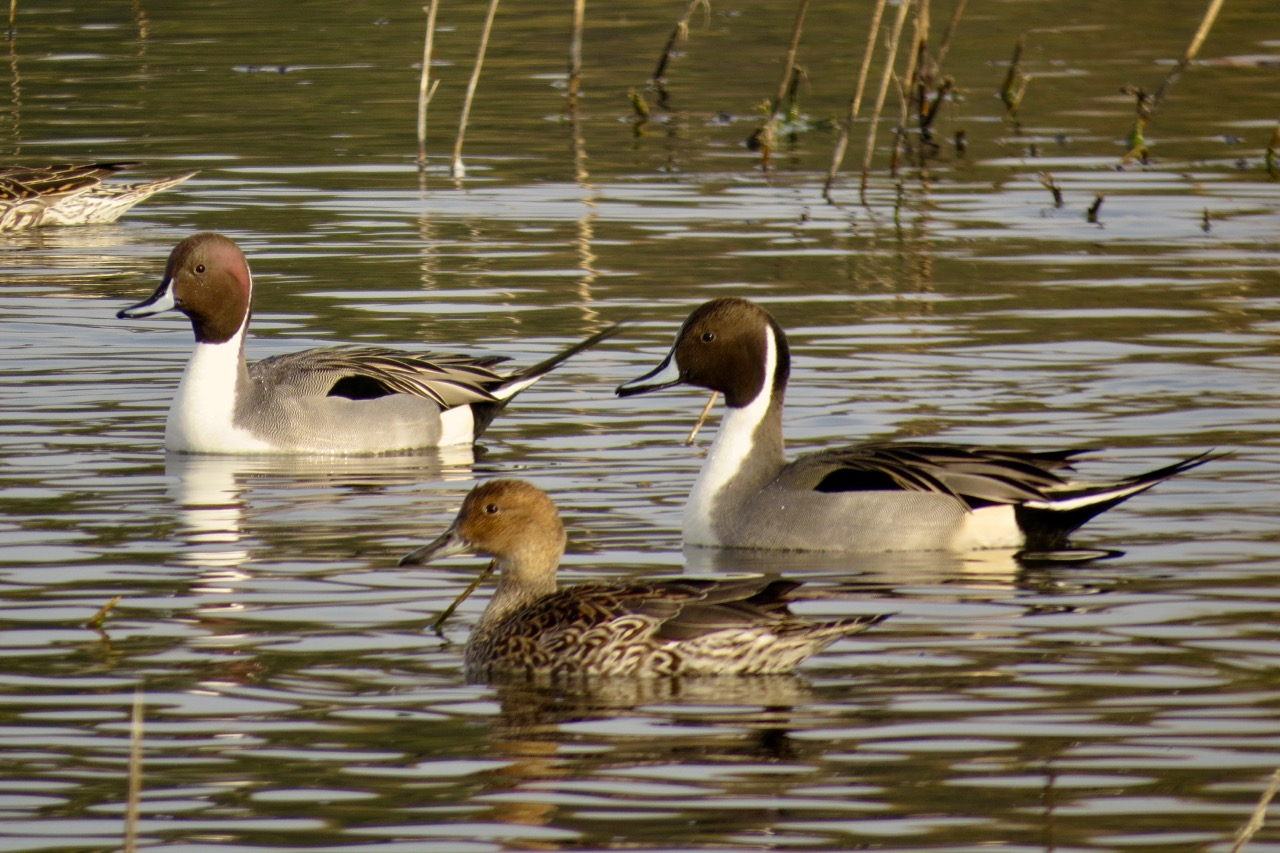 The most common wader was the black-necked stilt (Himantopus mexicanus). 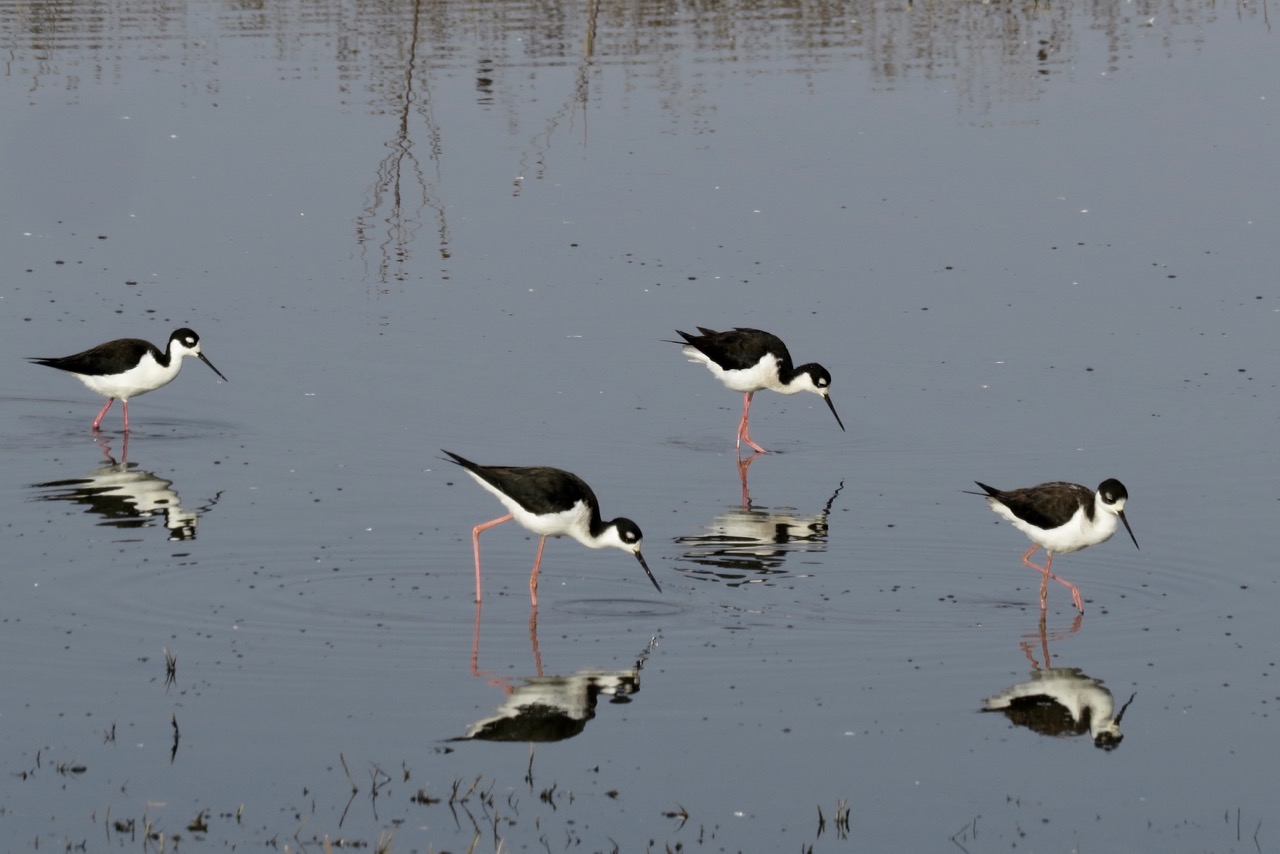 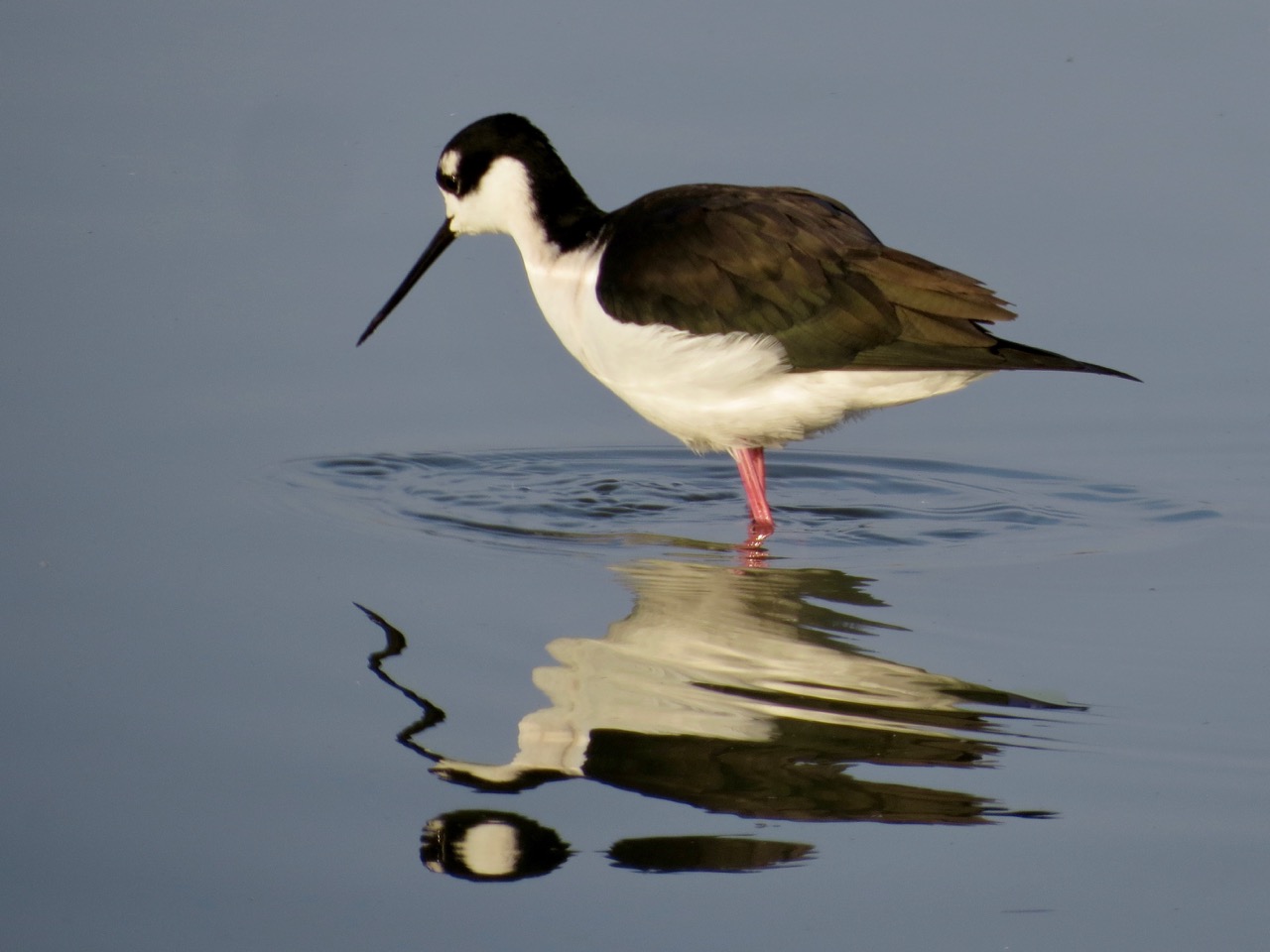 Large flocks of geese flew out from the wetlands early in the morning, only to be found foraging in nearby fields.  All those I got close to seem to be Ross’s. 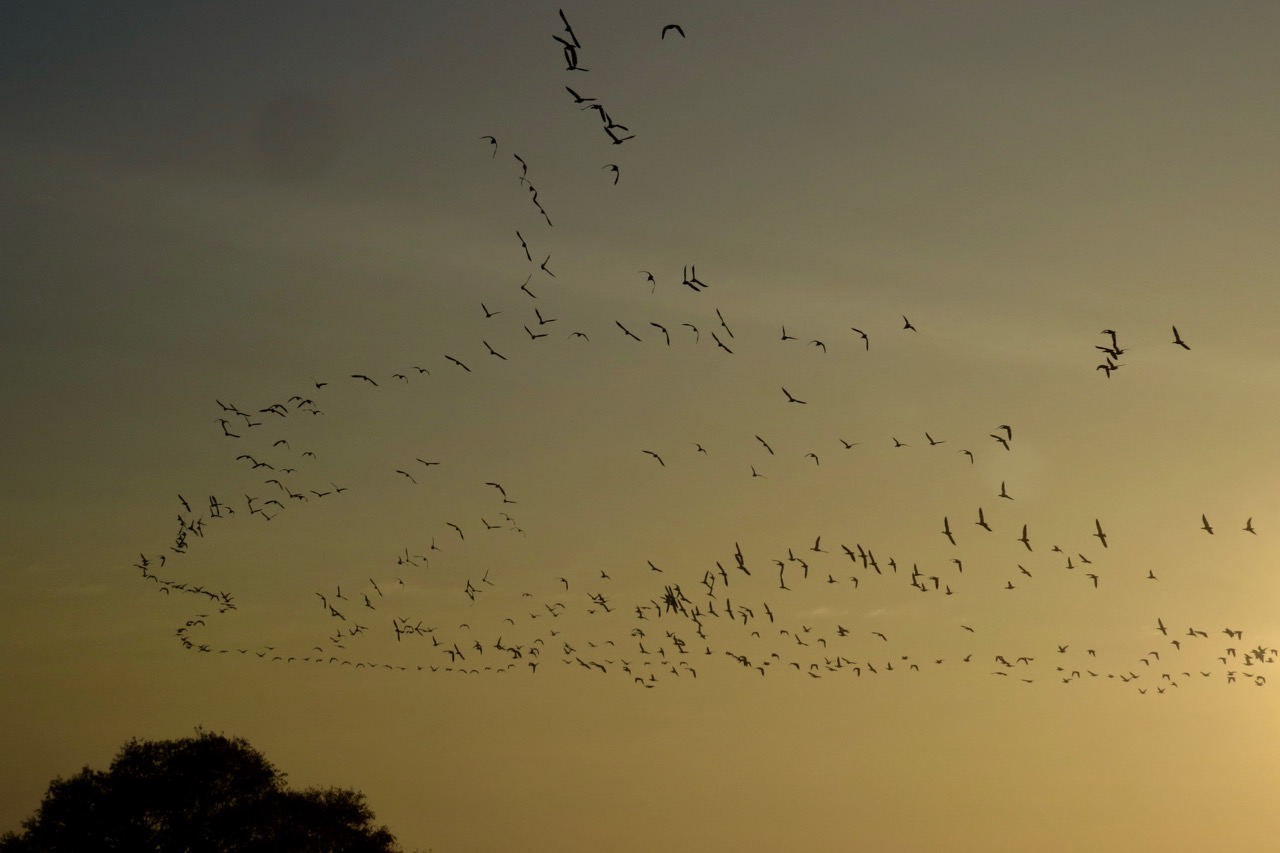 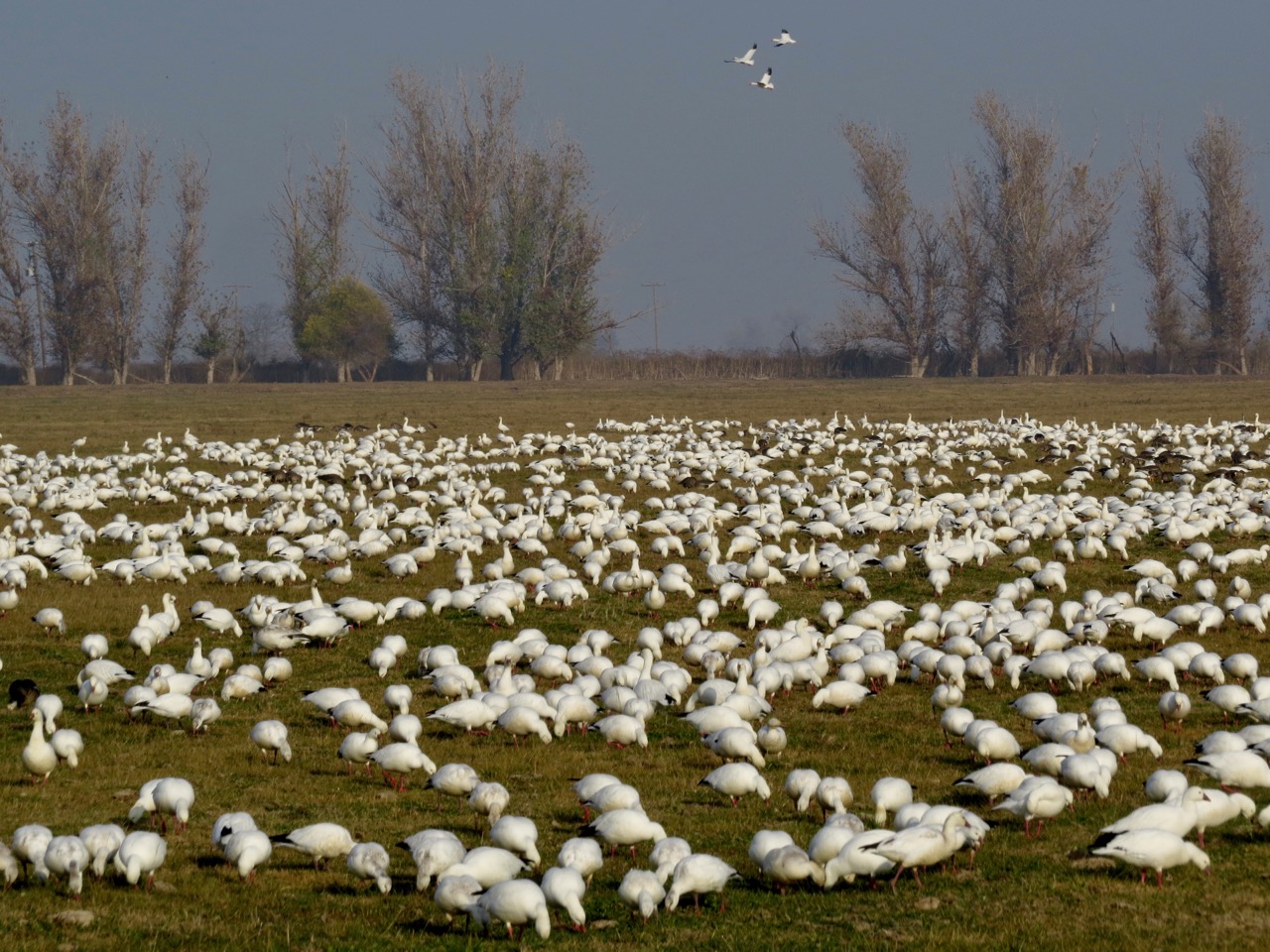 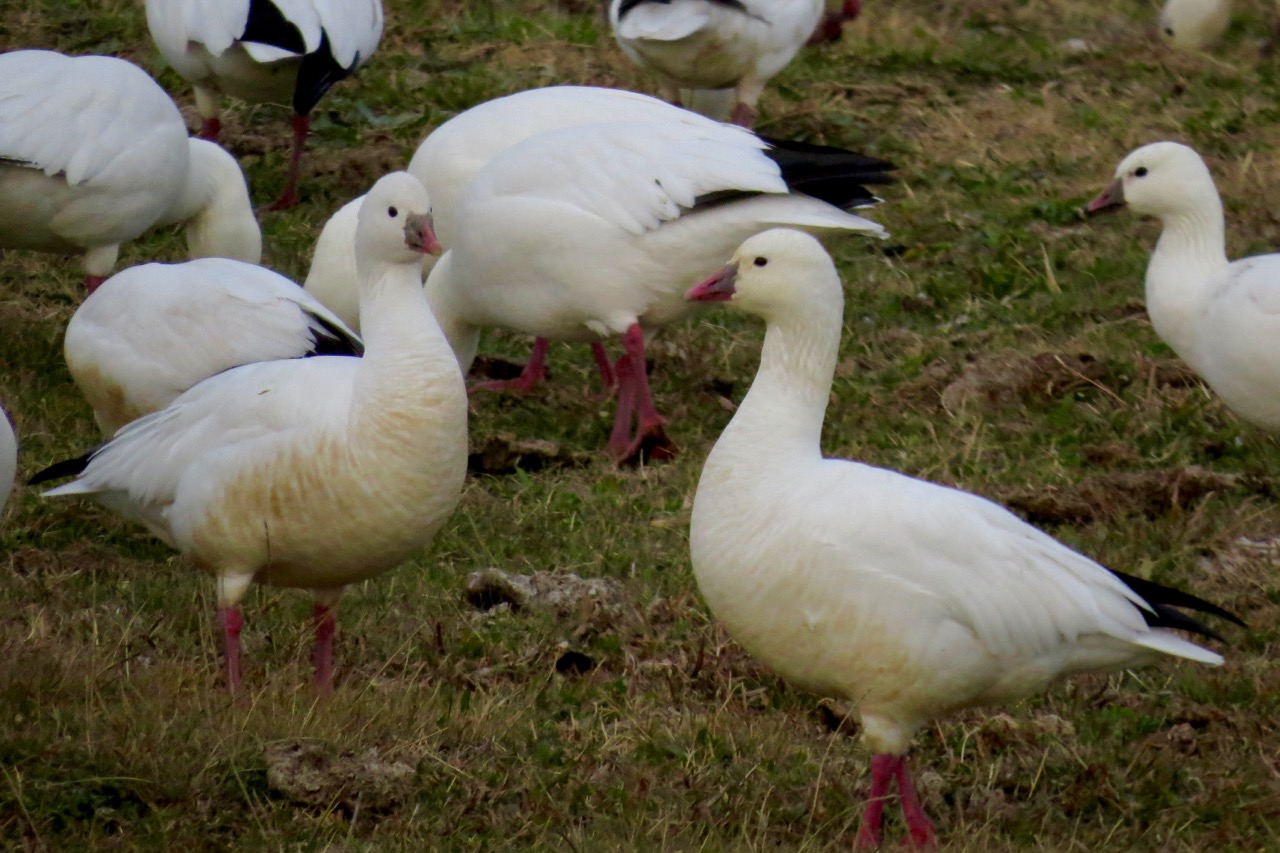 It wasn’t all waterfowl and waders.  Here is a nice red-tailed hawk (Buteo jamaicensis). 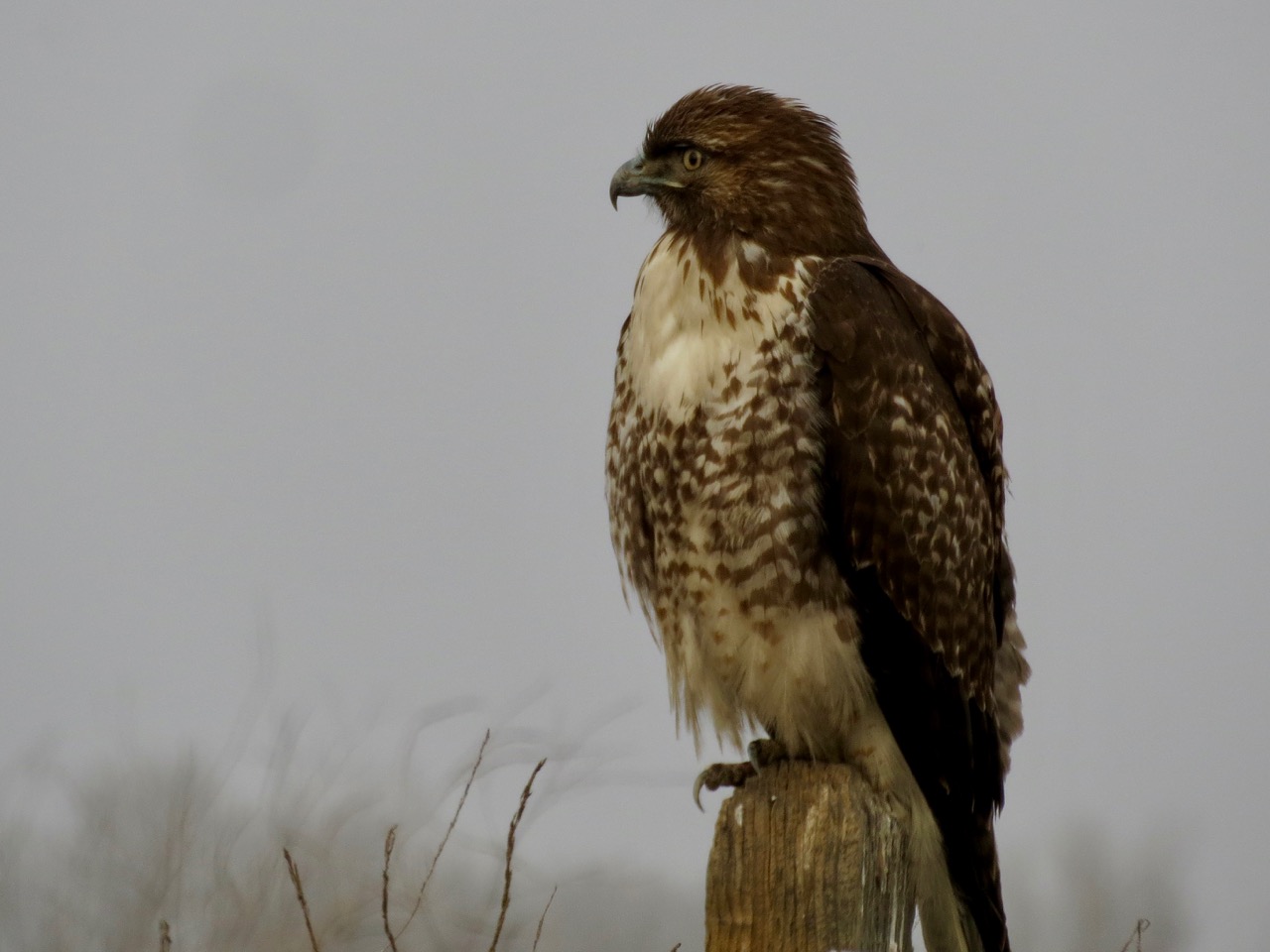 A rather laid back coyote (Canis latrans). 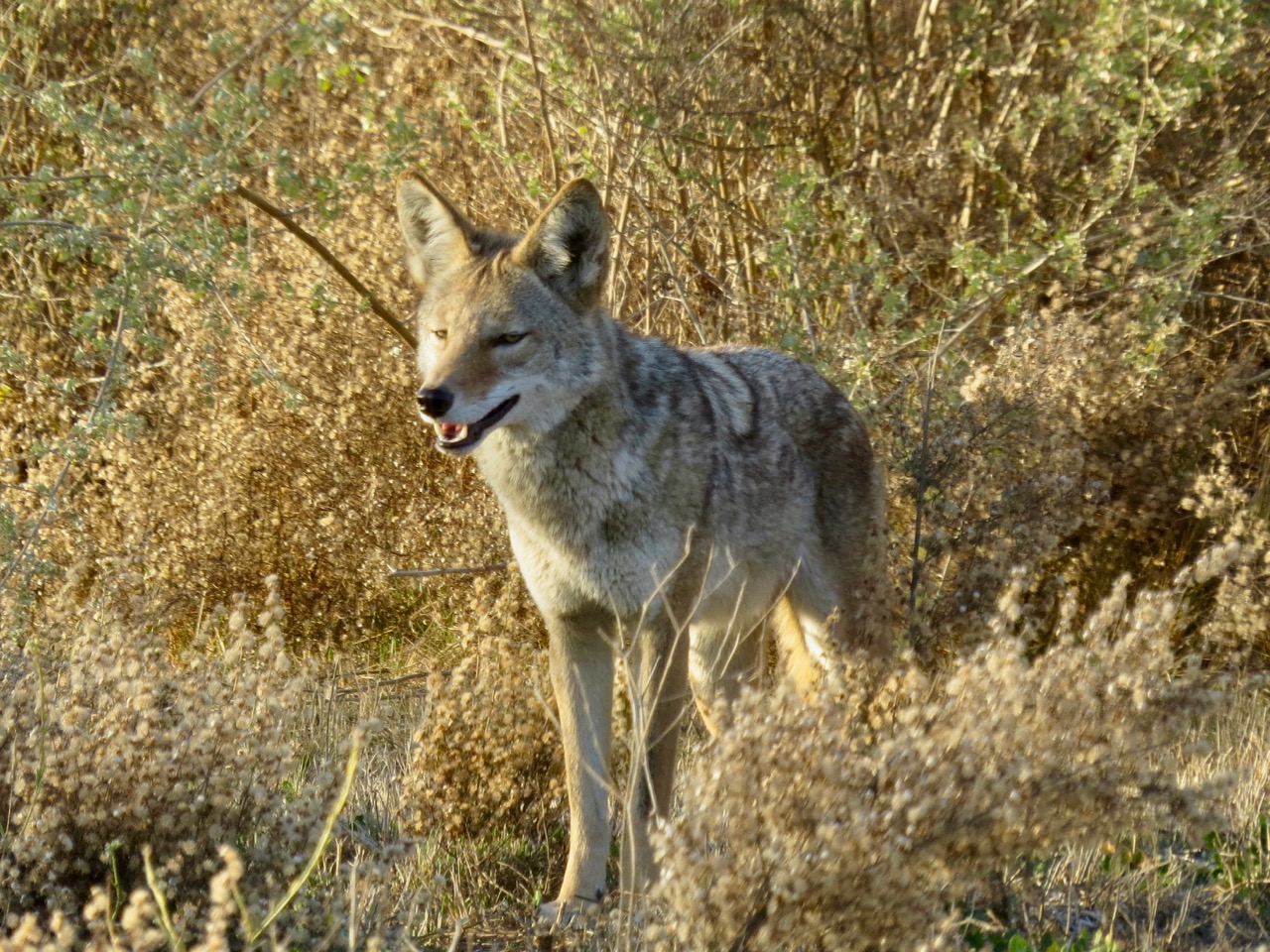 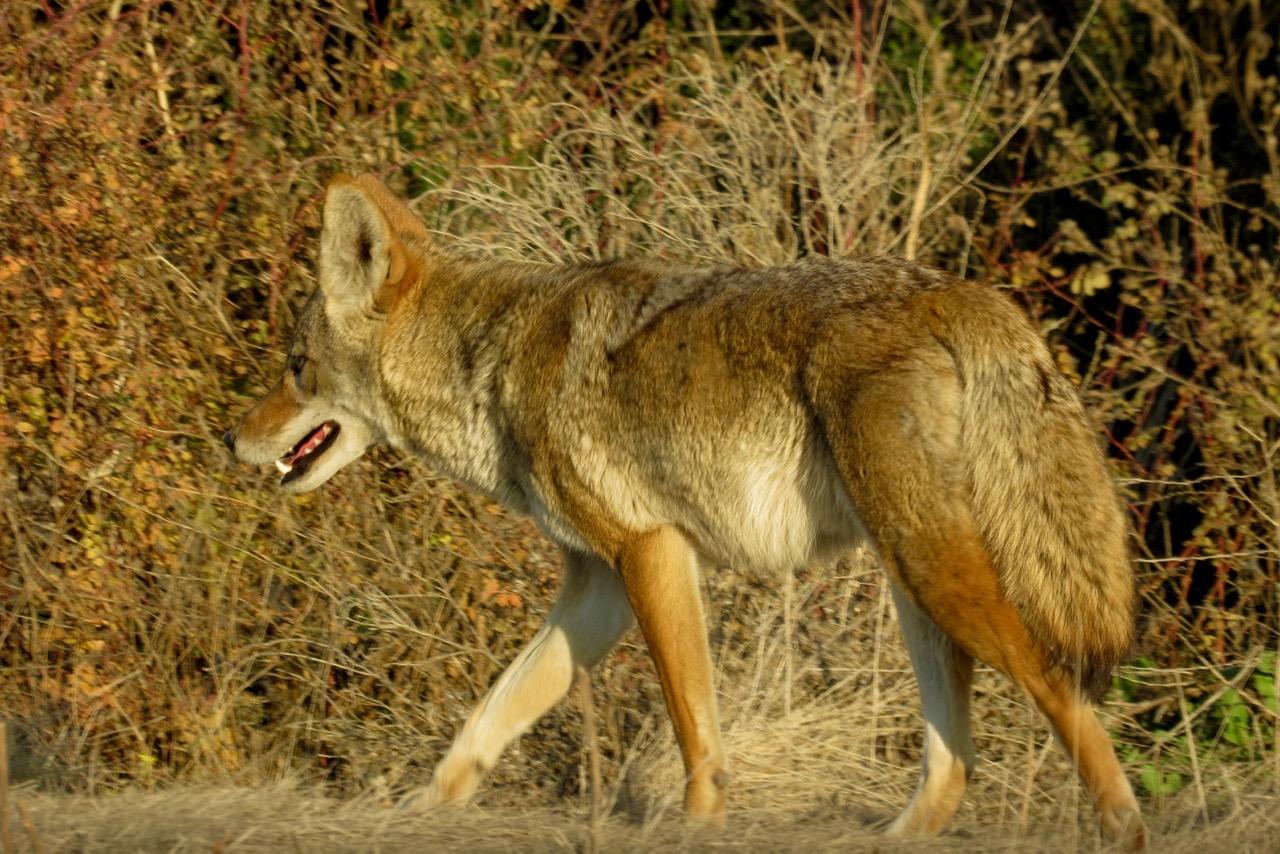 And a Black-tailed deer (a subspecies of mule deer, Odocoileus hemionus columbianus). 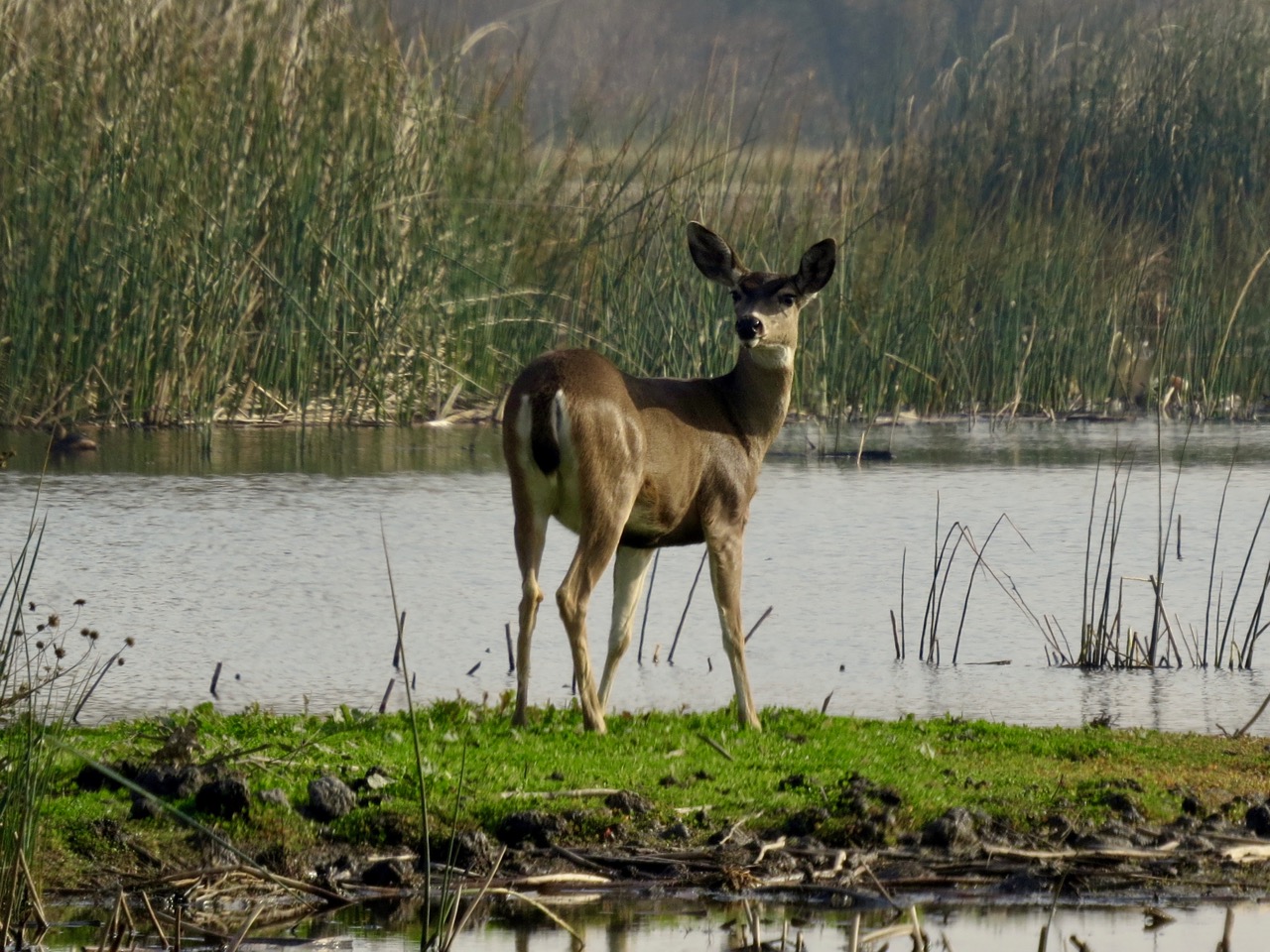 Finally, we did not see sandhill cranes (Grus canadensis) on the ground this time but did catch them flying from farm fields back into the refuge in the evening. 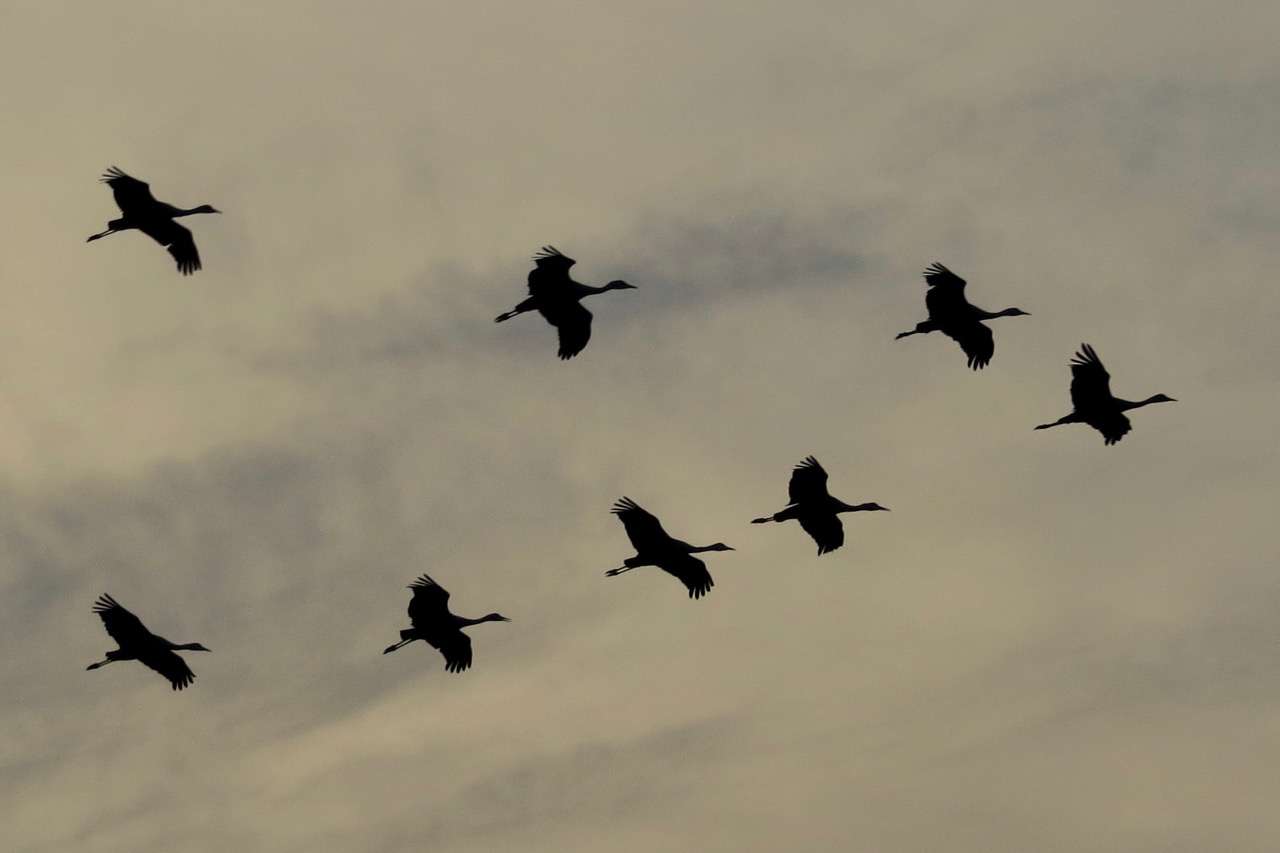 Diana MacPherson filmed a video she calls “meteor over Michigan”. Her notes, sent a week ago yesterday:

A few days ago, there was a meteor over Michigan. See story here. My backyard cameras caught it on video from Southern Ontario.