For those lucky of you to live in the UK, you’ll be able to see BBC One’s “Big Cats” series (so far two parts are scheduled) starting tomorrow at 8 p.m. The Torygraph summary makes it sound pretty cool:

Filmed over two years in 14 countries, the crew from the BBC’s Natural History Unit managed to capture an unprecedented 33 out of the 40 species of the cat family: from man-eating swamp tigers in the mangroves of the Sundarbans in the Bay of Bengal to the ghostly Canadian Lynx.

Through using the expertise of scientists in the field, the crew secured numerous world exclusives including filming the Pallas’s cat (also called the Manul) for the first time in the wild – picture the flat-eared children’s character Bagpuss, and you are not far off.

A similarly rare image of the swamp tiger was captured after spending some 600 hours in a boat, cruising between the mangroves to look for paw prints in the mud.

. . .For Mike Gunton though, it is the smaller, lesser known cats that prove the objects of greatest fascination in the series. In particular, he cites the Pallas’s cat – which lives in the grasslands of Mongolia and hunts by freezing stock still and pretending to be a rock as it sneaks up on prey.

The crew also filmed another little known member of the feline family and the smallest – the rusty-spotted cat. Eventually, they managed to film a young male in a remote rainforest reserve in Sri Lanka.

“I had no idea that cat even existed and it is just so gorgeous,” Gunton says. “Even being the size of a guinea pig he still has that cat personality which marks every cat out.”

Here’s the rusty-spotted cat in a preview:

A cat the size of a guinea pig! Now you know you want to see that, and the whole show. Please report back here after you watch it. 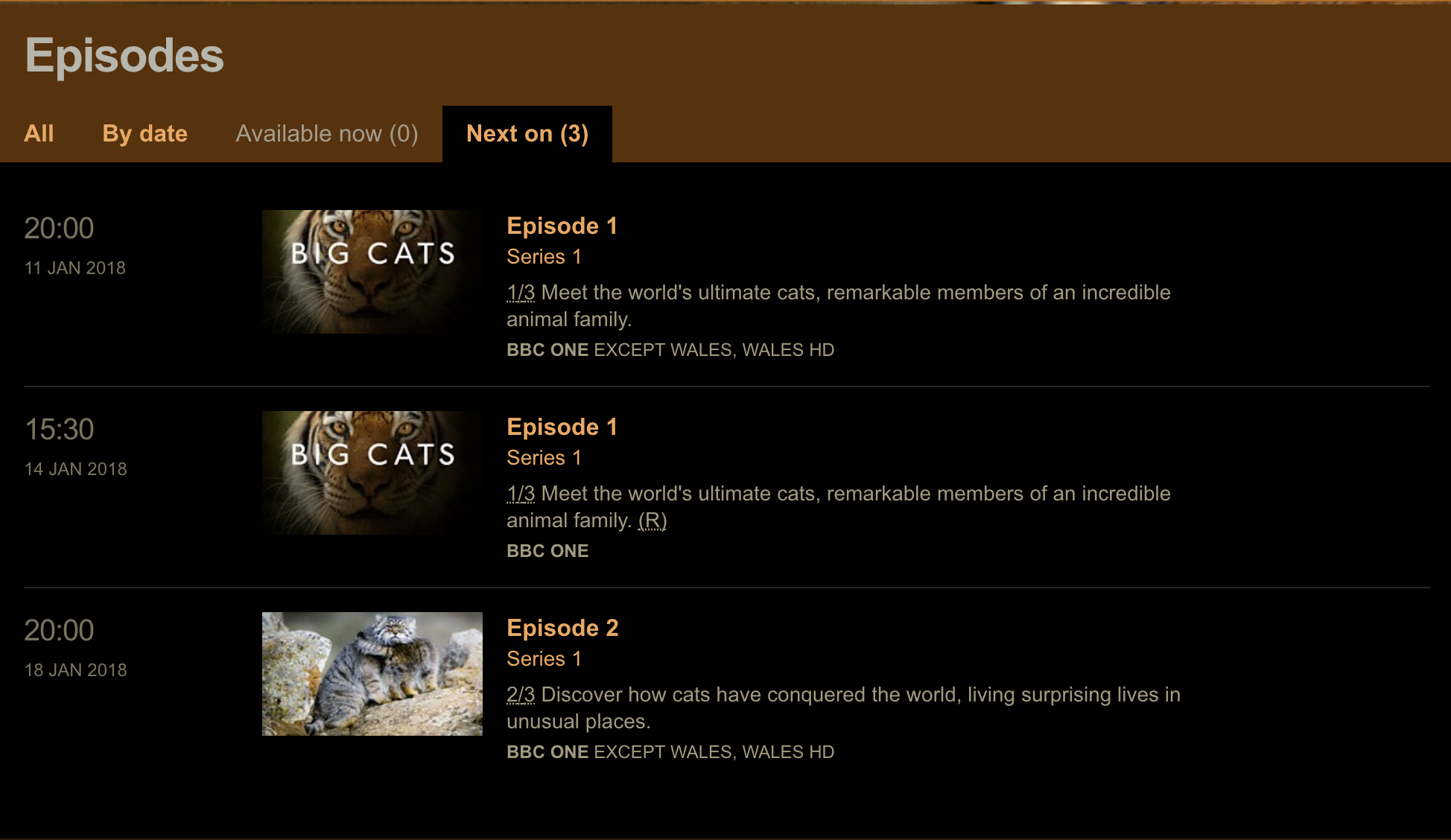