I feared this would happen but didn’t really think it would. According to CNN, Catalonia’s regional parliament voted today, almost unanimously, to split from Spain. The vote was 70 in favor, 10 against, and 2 not voting; the motion was “to form the Catalan Republic as an independent and sovereign state.” The opposition party, however, left the chamber before the vote.

This is a crisis of the highest order, as the Spanish government has vowed to quash the move. As you know, there was a referendum in Catalonia on October 1 when, defying the Spanish government, which tried to repress the voting, the Catalan people voted to split from Spain. Since the voting was disorganized and disrupted by Spanish police, and many opponents didn’t vote, the results aren’t definitive. And even if they were, one wonders if Catalonia really can legally vote to leave Spain and form its own country. As far as I know, that’s no more legal than California leaving the United States and forming the Republic of California.  A more kosher vote could have taken place had Catalan President Carles Puigdemont called for a new referendum, but, despite calls for him to do so, he refused. And now trouble is in the offing:

This would be done under a never-before-used provision of the country’s constitution, Article 155.

Addressing the Senate on Friday, Rajoy said the rule of law had been “stomped on” in Catalonia and warned of a fracturing of society. “Exceptional measures need to be adopted when there are no other ways to go back to normality,” he said.

He proposed sacking the government of Catalonia and calling new elections, under the provisions of Article 155 of the Spanish constitution.

Those measures are “not against Catalonia but aiming to stop Catalonia being abused,” he said. “Not to suspend the autonomy of Catalonia but to consolidate it; not to cut back rights but to restore them to legality. What’s threatening Catalonia is not Article 155 but the behavior of the government of Catalonia.”

What will happen? Who knows? My fears are of some sort of new Spanish civil war—something I didn’t think possible.

The area shaded in pink below would become the new country should this move eventually succeed. My guess is that it won’t, but even in that case the country will henceforth be riven with distrust and enmity, particularly if Spain sends in the military. 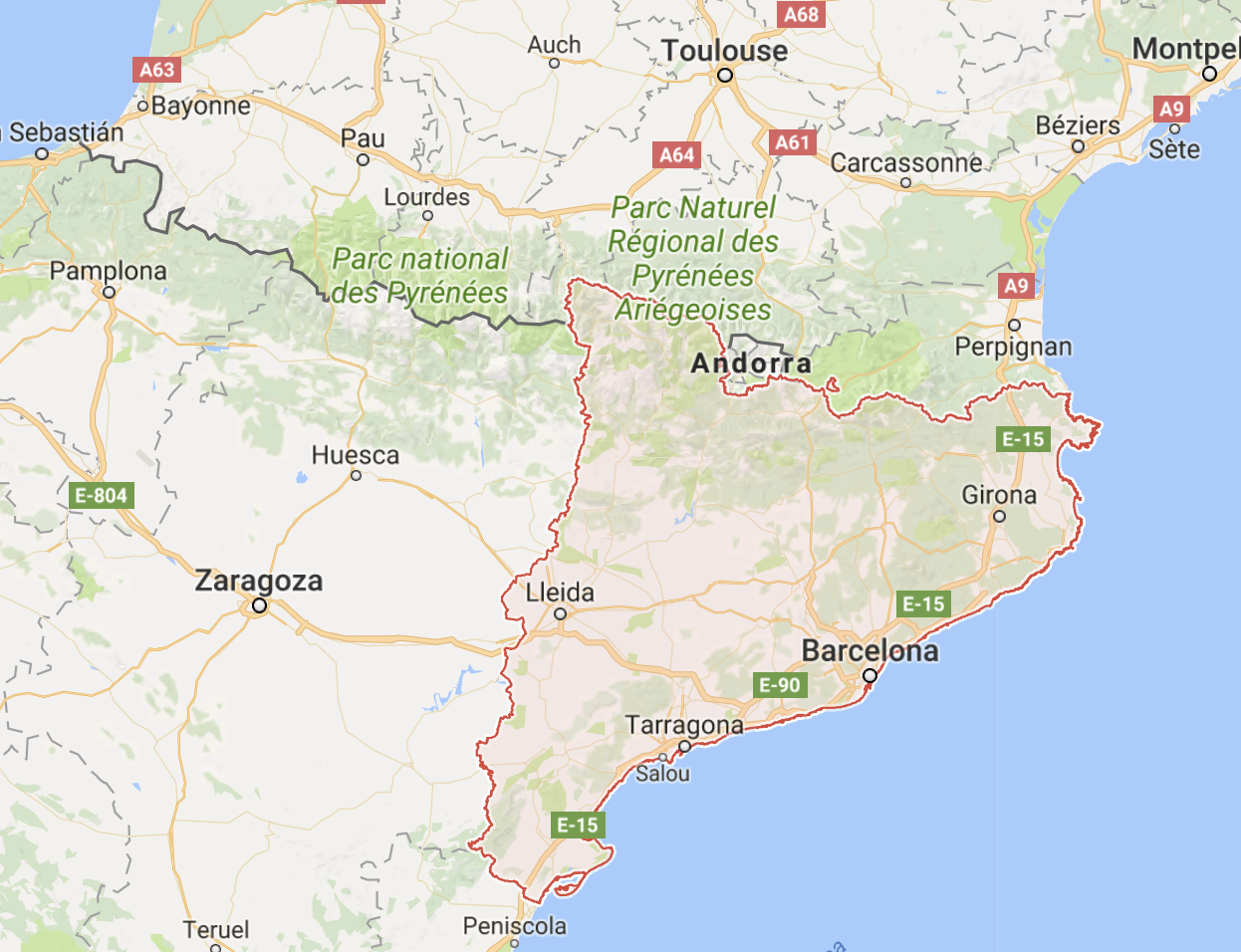 188 thoughts on “Catalonian parliament votes for Catalonia to leave Spain”