Reader Tony Eales from Oz sent some camouflaged arthropods. These aren’t all that hard to see, as they were specially photographed to show the beast, but the photos do underscore the wonders of natural selection. His notes are indented:

Camouflage. A series of the cryptic to the near invisible.

First is a geometrid moth caterpillar. I was very lucky to see it on the bark of this native caper tree (Capparis mitchellii): 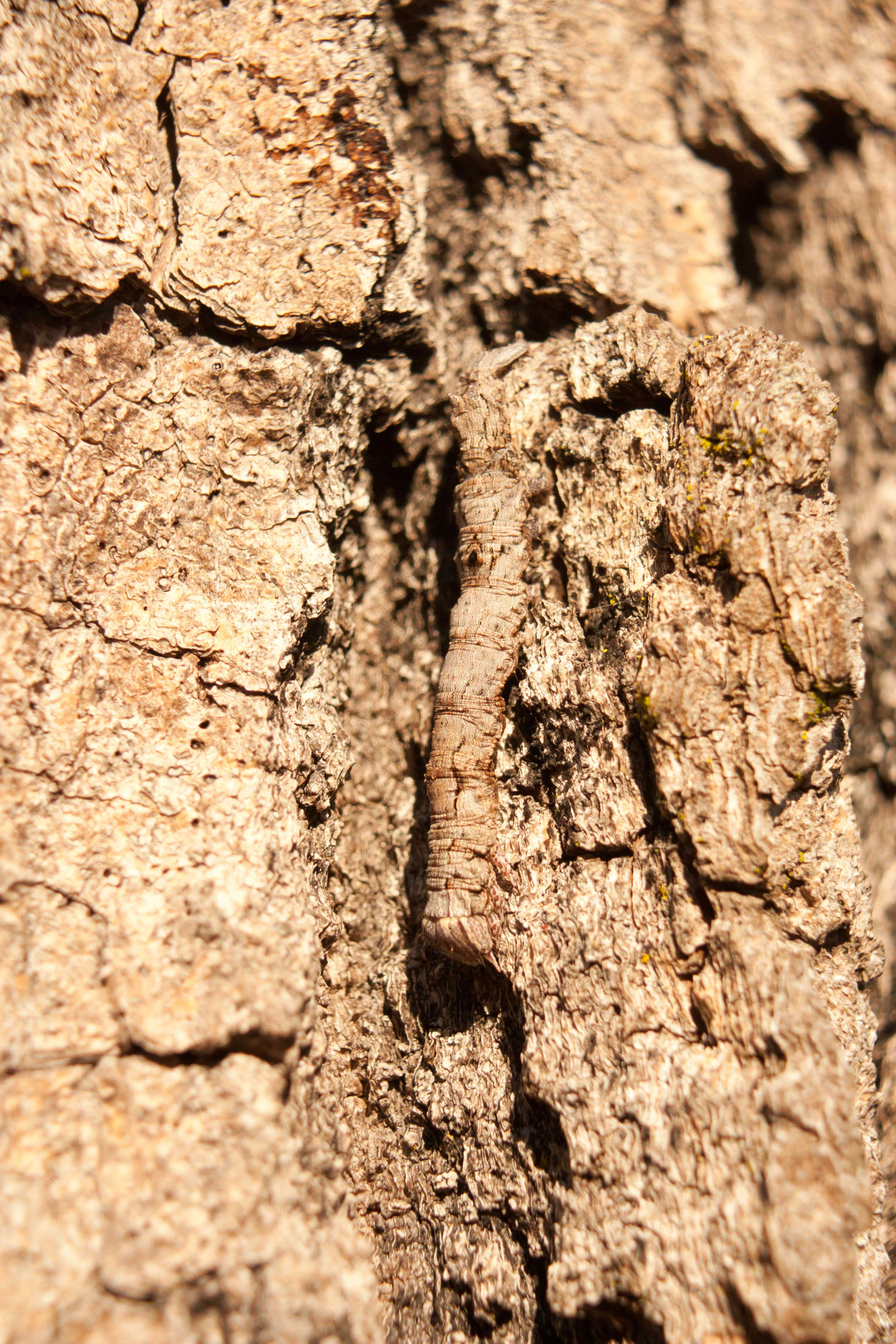 Next is the nymph of the world’s largest leaf-hopper Ledromorpha planirostris. These are very common on the bark of blue-gum trees but because of how they are flat and cryptically coloured they are often missed. Almost worthy of a spot-the! [JAC: this is a hard one!] 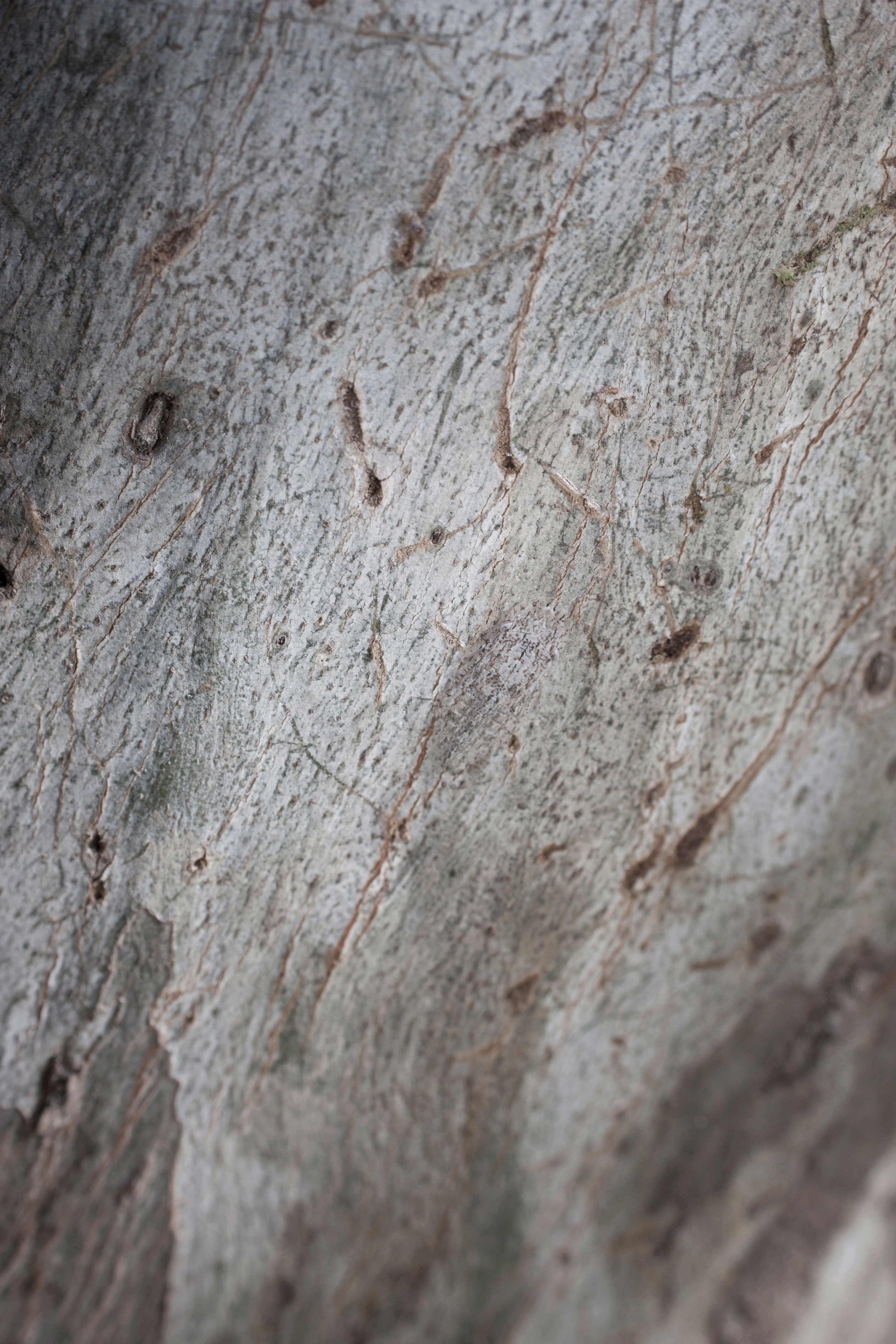 Next is a type of Crab Spider (Thomisidae) Stephanopis sp. These spiders have such good patterning and hairs and knobs to break up their outline they sometimes make your eyes swim looking at them on bark and trying to make out where the spider ends and the bark begins. 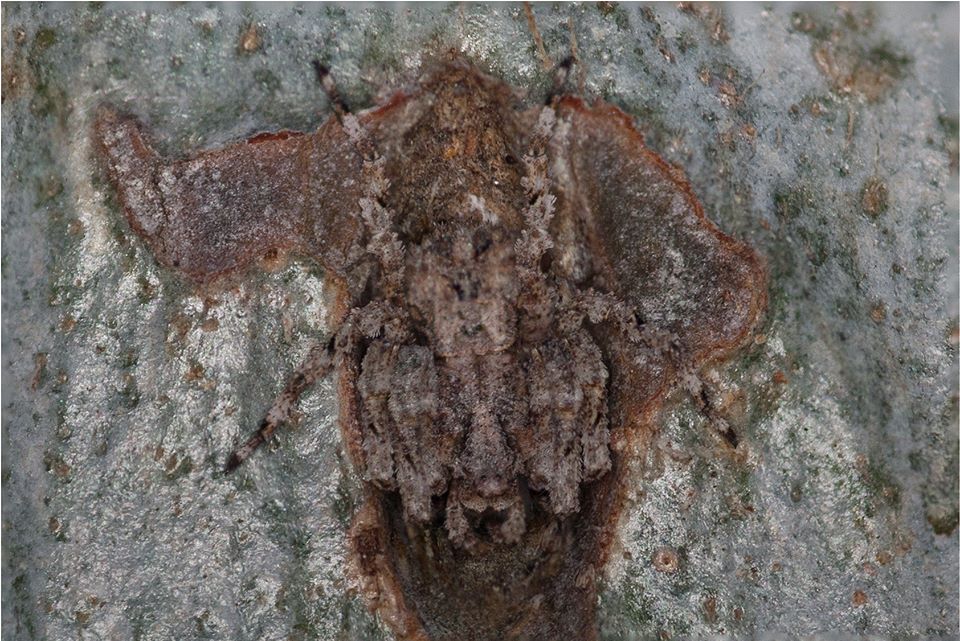 I was lucky to see this caterpillar for the White Banded Plane (Phaedyma sheperdi) out on a green leaf or I would have over-looked it. As it was I thought it was a weird chrysalis but it was just the way the caterpillar holds itself. 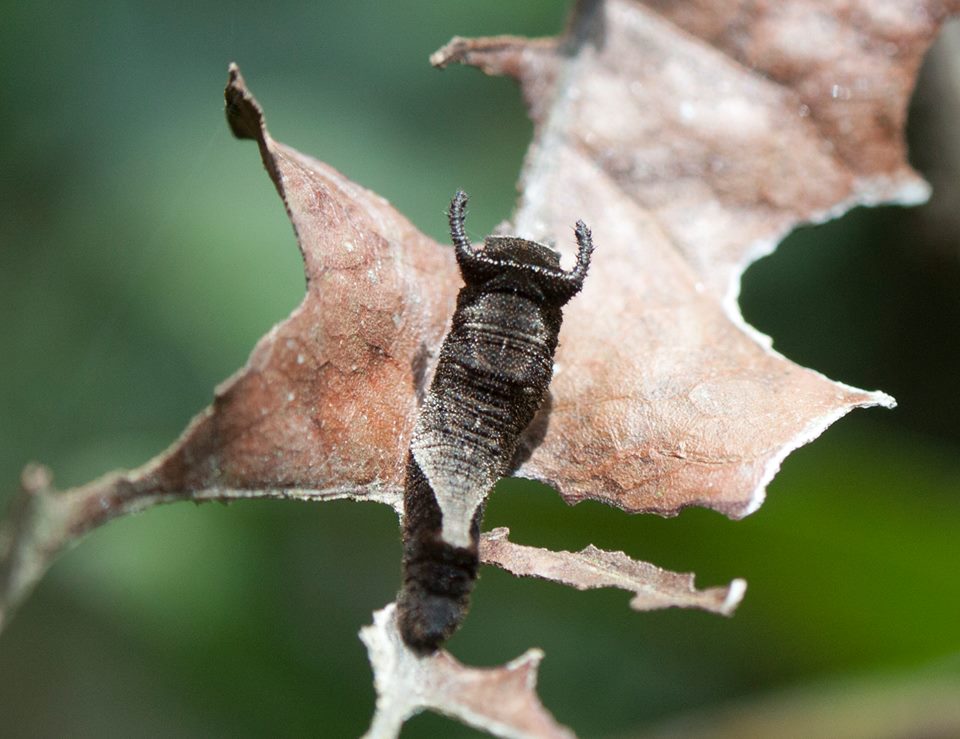 This one is amazing:

Last is one of my favourites, the Wrap Around Spider (Dolophones conifera). The way they perfectly wrap around small twigs and just look like a small bump is extraordinary. The only way I’ve ever found them is as they flee from their orb-web as I approach because once they’re on a twig they’re pretty much invisible. 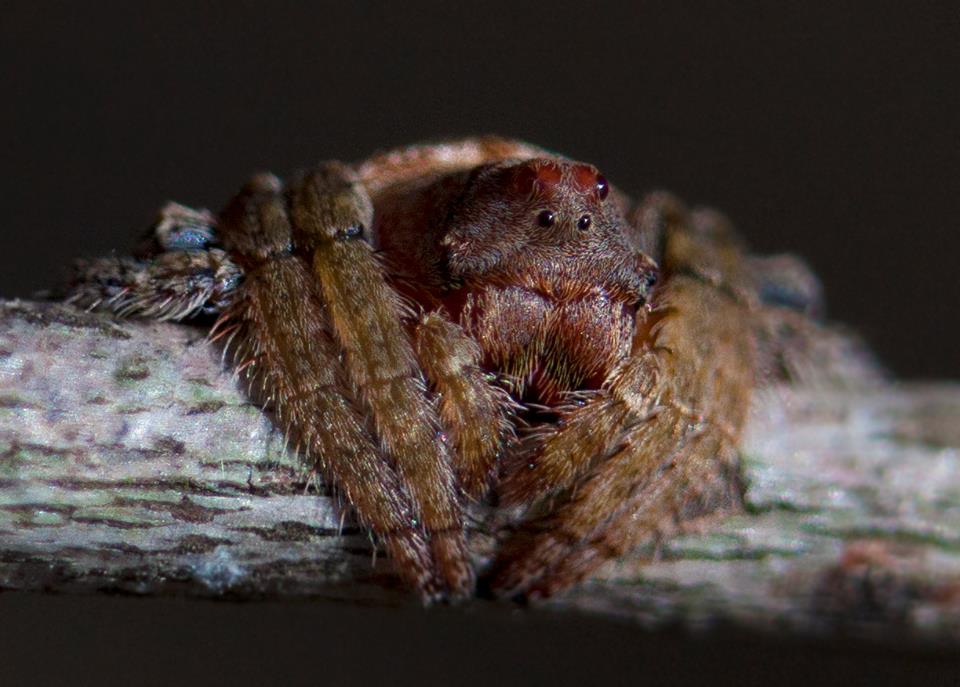 Here’s a photo from The Daily Mail: 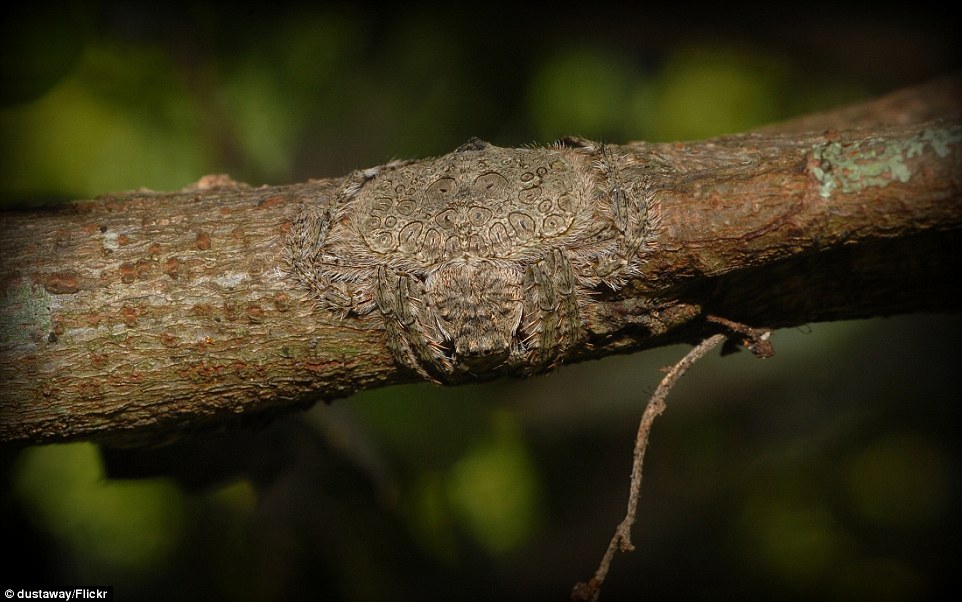 And another photo from Real Monstrosities: 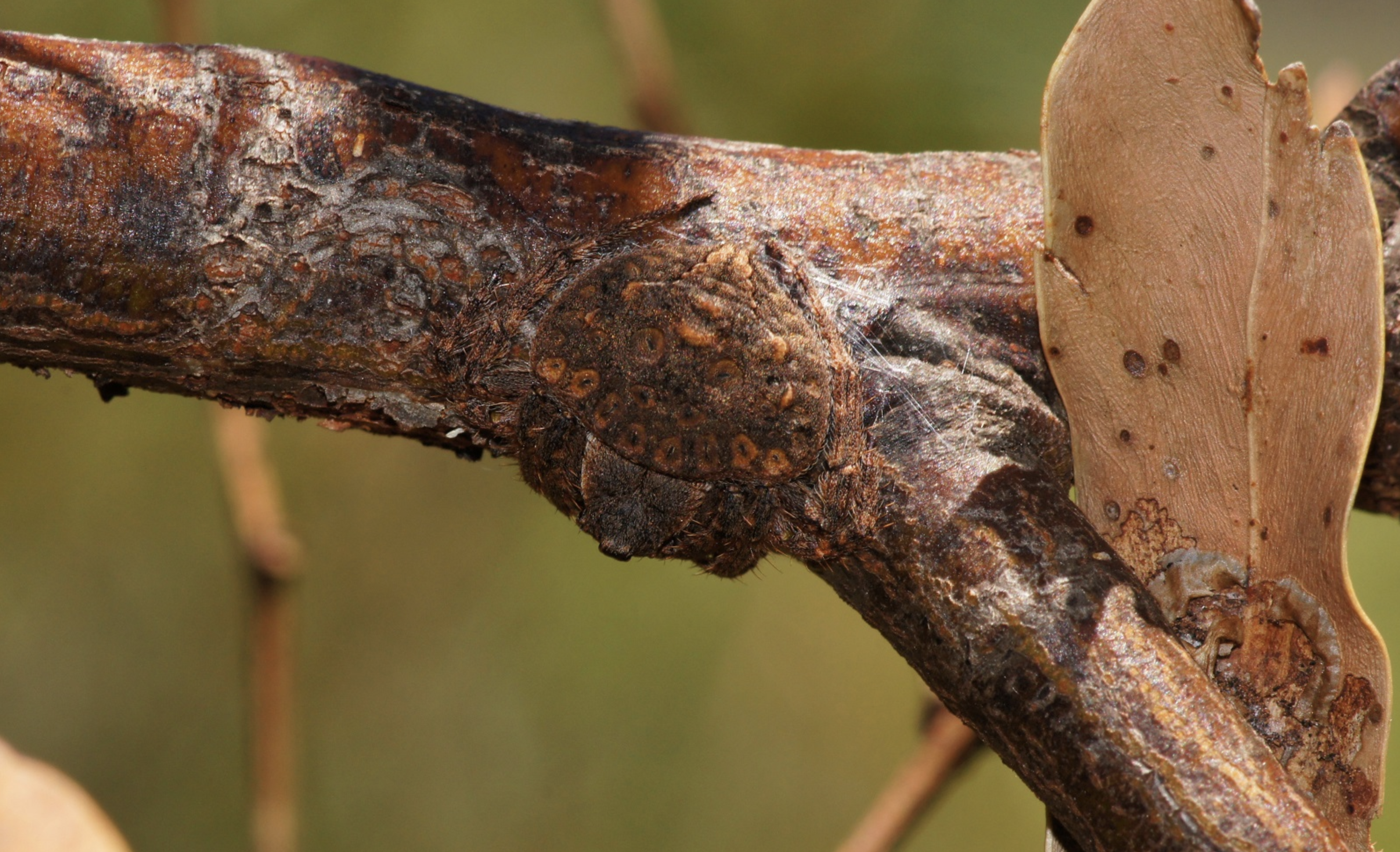