Today’s dialogue will be short and sweet as I suffered from jet-lag sleeplessness last night. Yes, it’s Sunday, September 17, 2017. When I landed in Chicago yesterday, after two weeks of being in chilly Poland, it was 30° C (86° F): a warm day for mid-September. And in our hemisphere Fall officially starts in four days.

It’s National Apple Dumpling Day, and there’s small chance of me getting one of those—or, given the emptiness of my larder, any other food. Back in Poland, it’s Sybirak’s Day, Dzień Sybiraka, which Wikipedia notes is “set on the anniversary of Soviet invasion of Poland, established in 1998.” This marks the Soviet invasion of the country on September 17, 1939, after Germany had invaded from the West on September 1. The Russians then began a ruthless campaign of killing and suppression, executing Polish intellectuals, priests, government officials, and military officers, and deported over 350,000 Poles to Siberia.

On this day in 1630, the city of Boston, Massachusetts was founded. In 1669, Antonie van Leeuwenhoek wrote a paper to the Royal Society of London detailing his microscopic observation of  “animalcules”, or protozoa—the first time they’d been seen and described. On this day in 1862, the Battle of Antietam took place between Union and Confederate forces in Maryland. It remains the bloodiest day in American military history, with 22,717 dead, wounded, or missing. On September 17, 1925, Frida Kahlo was in a trolley accident in Mexico, which left her crippled and a semi-invalid for the rest of her life, giving up her medical studies and turning to art. After years of pain and botched surgeries Kahlo died in 1954 (some say she took an overdose of painkillers) at age 47. The last entry in her famous diary (I can’t find the drawing) is this:

The last drawing was a black angel, which biographer Hayden Herrera interprets as the Angel of Death. It was accompanied by the last words she wrote, “I joyfully await the exit — and I hope never to return — Frida” (“Espero alegre la salida — y espero no volver jamás”)

On this day in 1978, the Camp David Accords were signed by Israel and Egypt, and in 2011 the Occupy Wall Street movement began.

Hili: Are cats on the other side of the river the same race as I am?
A: Of course.
Hili: It’s not so obvious. It has to be investigated. 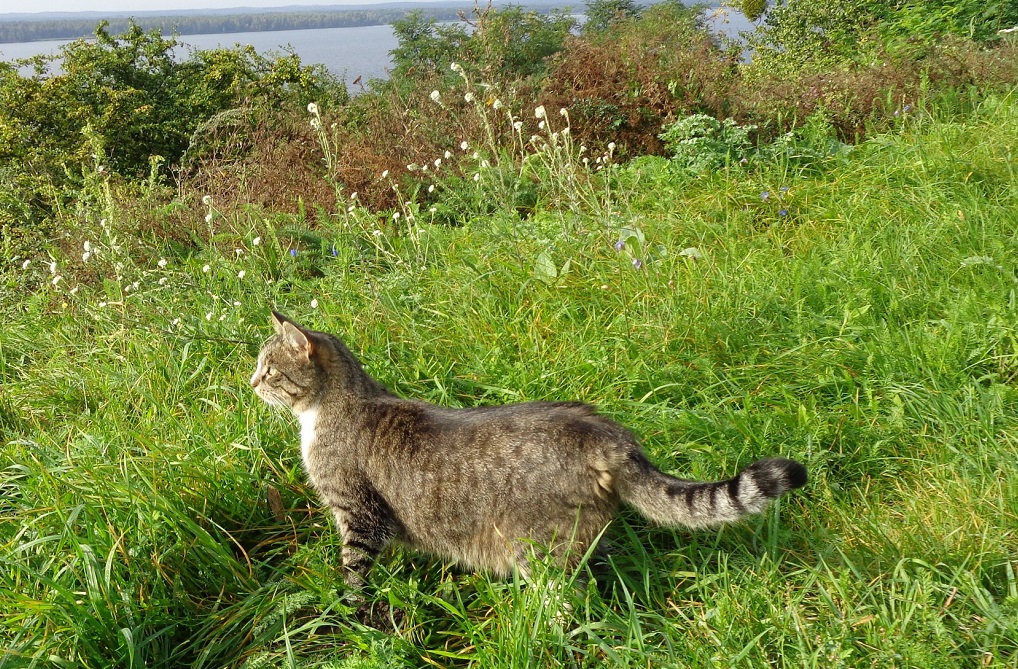