I got an email from reader DrBrydon that said the following; I’ll quote it rather than just paraphrase his words:

Looking at the new first thing this morning, I saw photos of Donald, Melania, and Ivanka with the Pope [JAC: see below], and was immediately struck by the fact that both women were wearing head coverings. I was pleased that the Trump delegation did not kowtow to Saudi dress codes for women, but to turn around and abide by Vatican ones strikes me as being incredibly disrespectful to the Saudis, and to Muslims in general.

Only a few news outlets seem to have noticed, including The Telegraph. And I hadn’t realized that Michelle Obama did the same thing.

Melania and Ivanka in Saudi Arabia: 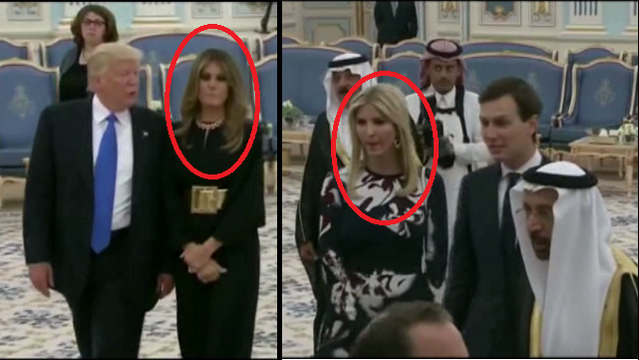 In contrast, with His Popeness:

Look at their faces. pic.twitter.com/0t84cBX8bZ

This of course is a form of hypocrisy: kowtowing to Christianity—seen by many as the Official United States Religion—while slapping Islam in the face. If I had my way, no leader of a secular state would wear religious garb on any official state visit—UNLESS they’re visiting a religious site, in which case I have no big objection.  But if you’re going to osculate the rump of one faith, you’ll have to osculate the rumps of all of them.

Donning some sort of veil in Vatican City when officially meeting the Pope appears to be a choice. Some women don’t, thank goodness. That’s the former president of the Republic of Ireland, Mary McAleese in case you don’t recognise her.

It seems to be favored by the wives of Republican presidents, but even Michelle Obama wore one when she met her first Pope, but as you can see below, she decided against one second time around. 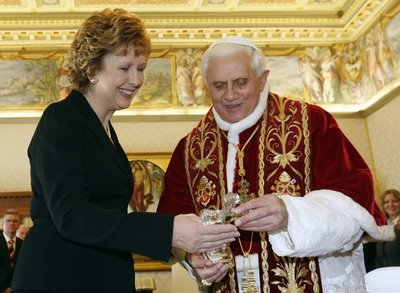 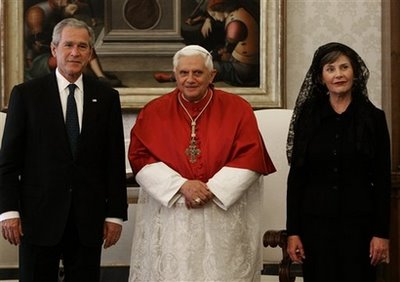 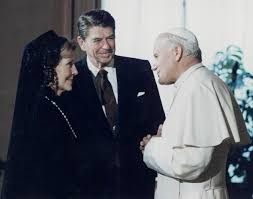 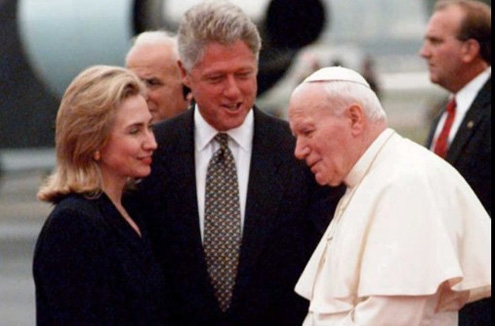 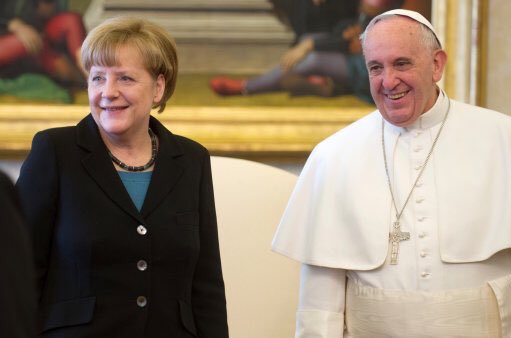 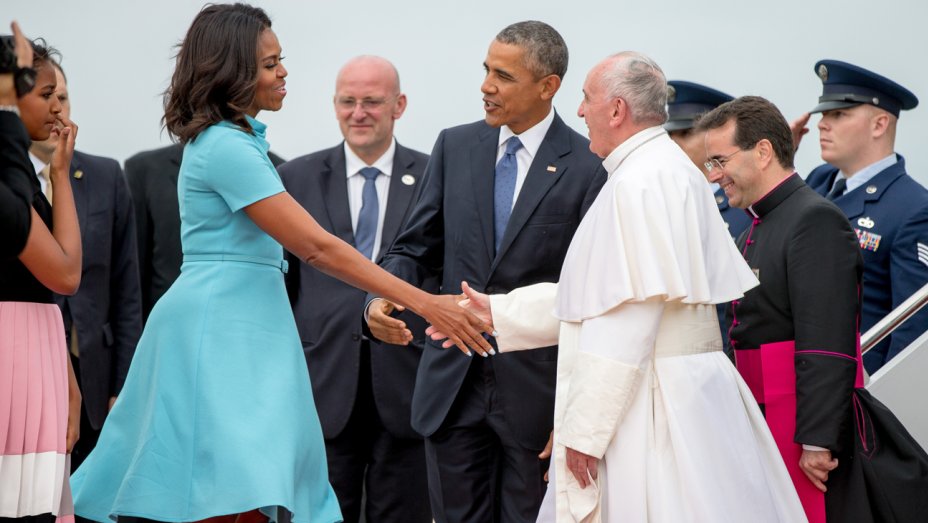 84 thoughts on “First Lady and First Daughter refuse to cover their heads in Saudi Arabia, but do so before the Pope”