As many of you may already know, the police investigation into the accusation of blasphemy against Stephen Fry by an anonymous and obsequious finger-wagger has been dropped. As I pointed out, there was never any real chance that Fry would be charged, let alone brought to trial. Ireland’s illiberal and misconceived Blasphemy law was designed to be virtually unenforceable. The 2009 Defamation Act states:

It shall be a defence to proceedings for an offence under this section for the defendant to prove that a reasonable person would find genuine literary, artistic, political, scientific, or academic value in the matter to which the offence relates. (Art. 36.3)

The Gardai (police) in this case said they were “unable to find a substantial number of outraged people” and have dropped the charges; so a legal defence never even entered the equation. Michael Nugent, chair of Atheist Ireland, a group that has challenged this law since its inception, pointed out that this “creates an incentive for people to demonstrate outrage when they see or hear something that they believe is blasphemous“. By so acting, the Irish police may have opened a can of worms for themselves and can doubtless expect to have their time wasted by more vexatious reports from upstanding citizens who feel the need to ask the State to punish those they disagree with. 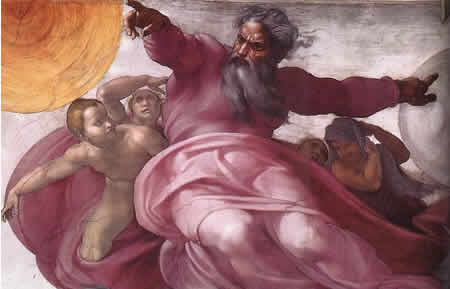 This tepid storm in a teacup has achieved a few things:

One, there’s been the predictable Streisand Effect of having Fry’s putatively blasphemous, and in my view, eminently sensible, statement viewed around the world millions of times.

Two, the shock effect of having someone as famous as Fry even remotely at risk of being criminally prosecuted for utterances so manifestly benign has caused sufficient international embarrassment for the Irish government to once again promise a referendum on the matter. They’ve been promising one since 2010, but have been studiously ignoring the issue ever since.

There’s been a certain amount of anger on the Internet (I know, shocker, right?) from various Irish activists that this has prompted at least a half-hearted response from certain government officials; while other pressing issues such as the lack of a referendum on access to abortion in Ireland still are not clearly addressed. I am assuming that most of them are completely unaware that the referendum on repealing the blasphemy articles has been on the cards for years and it actually hasn’t been – and still isn’t – fast-tracked to appease Mr Fry.

Referendum on blasphemy, as opposed to… the one we've been asking for… about our health and bodies… cool. Cool cool dudes great sound pic.twitter.com/le0Jj0VOi6

It’s a fair point, but one that misses the main objection to Ireland having a blasphemy law: while it may be no danger to people in Ireland, it is being used to justify and push for more blasphemy laws by groups such as the OIC at the United Nations. As US attorney Ken White has painstaking pointed out on numerous occasions, blasphemy laws are used virtually exclusively to persecute minority religions wherever they exist. Just today, Ahok, the governor of Jakarta, has been found guilty of blasphemy for referencing a Koranic verse, and was jailed. Needless to say, Ahok is a member of the Christian minority in a Muslim-majority country.

38 thoughts on “Failure to cause outrage: the Blasphemy investigation of Fry fizzles out”