I’ll just put this up here without analysis, as I haven’t yet read the paper. But it’s big news if true. A new a new report Nature by Holen et al. (reference below; free access) claims to have found human tools associated with crushed and cracked mastodon bones at a site in southern California, with the date a full 130,000 years ago!

Conventional wisdom puts the arrival of humans in North America about 15,000-20,000 years ago, coming from Siberia across the Bering Strait. These hominins are nearly ten times older, and well older than those individuals who left Africa about 60.000 years ago to colonize the globe.

Who were these hominins? Were they a species that went extinct? Or is it a mistake? If this is true, it’s a remarkable and game-changing discovery.  Have a look at the paper, below, but first here’s Nature’s video: 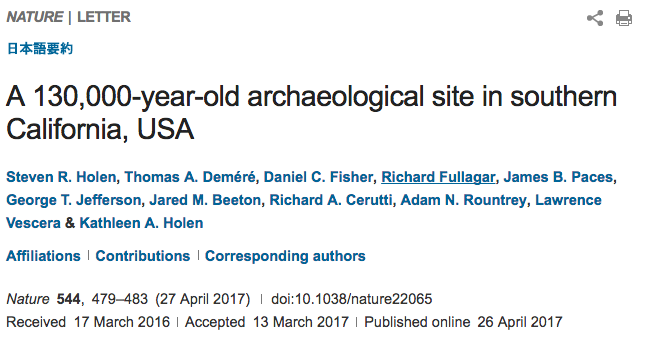 And here are some of the tools: