Good morning (and good night to those of you in countries with their noses on the International Date Line).

Today is the birthday of the man who invented the safety elevator, Elisha Otis (1811). The invention was born out of necessity – he wanted to use hoisting platforms at his bedstead factory, but they were unreliable as the lifting cable often broke. Initially he didn’t seem to think much of his invention, he’d created other things before: a safety brake for trains and an automatic bread baking oven. However he showed it at the New York World’s Fair in 1854, and the rest, as they say, is history.

German physicist and mathematician Emmy (Amalie) Noether was born today in 1882. She is the discoverer of Noether’s theorem which Wikipedia states as:

“…every differentiable symmetry of the action of a physical system has a corresponding conservation law.” 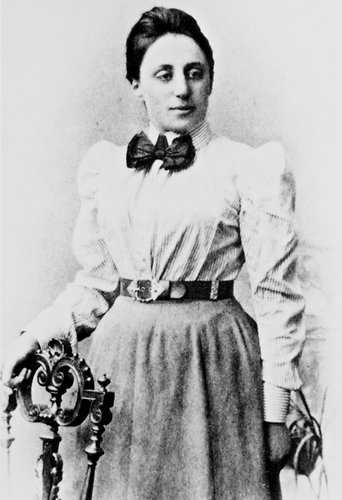 German aerospace engineer Wernher von Braun was also born today in 1912. He moved to the US after World War II, recruited through the secretive Operation Paperclip, where he worked on the Saturn V program.

Franz Schreker (1878) is a little-known Austrian composer born to a Jewish father and Catholic mother. His promising career was cut short by the Weimar Republic; rising anti-Semitism and National Socialist demonstrations irreparably damaged his reputation. He died in 1934 in relative obscurity. Since 2004 however, there has been a revival of interest his works, and they have been performed in Germany and Austria.

And so, onto Dobrzyń where Hili the cat is being obscure. Maybe she is showing off to Cyrus, or perhaps she is an astute observer of trends and weaknesses in philosophy.

A: What are you thinking about?
Hili: I’m thinking that philosophers didn’t arrive at post-existentialism yet. 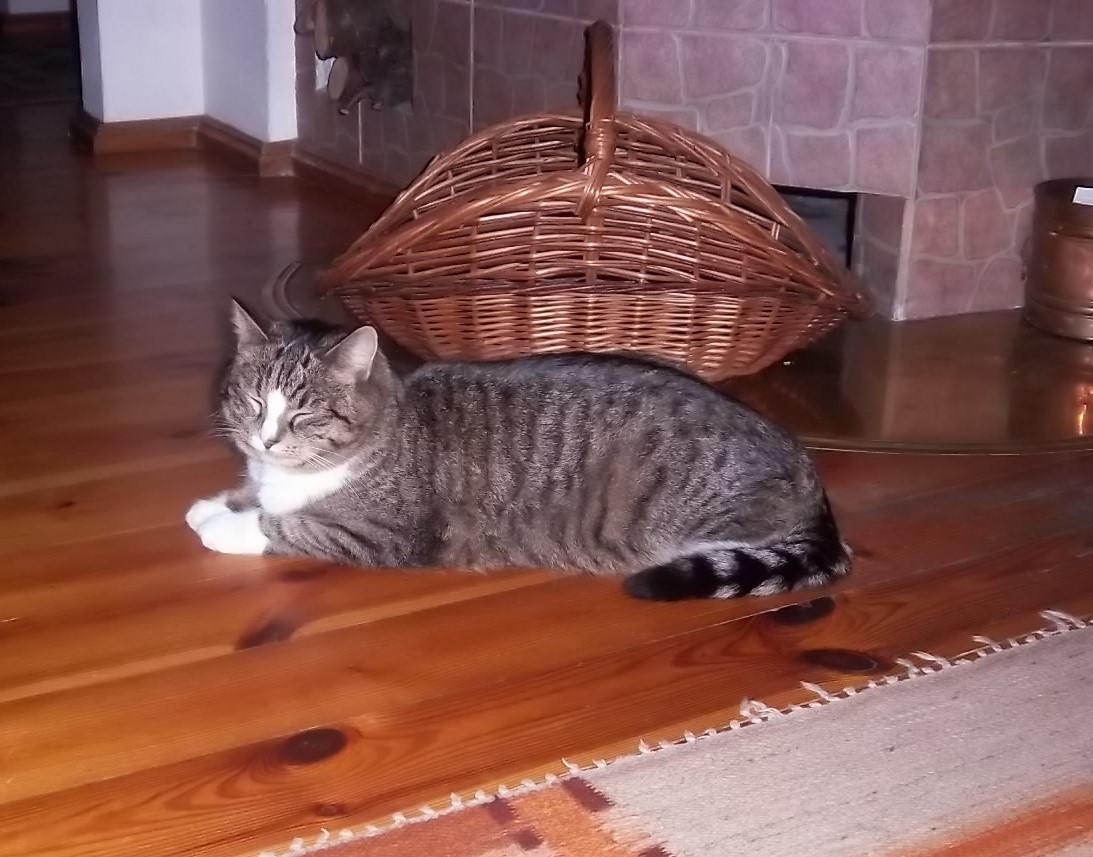