I had an eight-hour layover in Auckland yesterday morning, but it was mitigated by the arrival of reader Gayle Ferguson, Official Website Kitten Rescuer™, who met me an an ungodly early hour and took me for coffee, also imparting lots of travel tips. Many of her rescue kittens, including Jerry Coyne the Cat, who resides in Christchurch, have been posted on this site.

Security leaving Auckland for Queenstown, my first stop, was extraordinarily light. You don’t even show your boarding pass or ID to the security people, and scanning means just removing laptops from your bag; you don’t have to take off your shoes or take out your liquids. Needless to say–no groping!

And in the airport shop: Welcome to New Zealand! 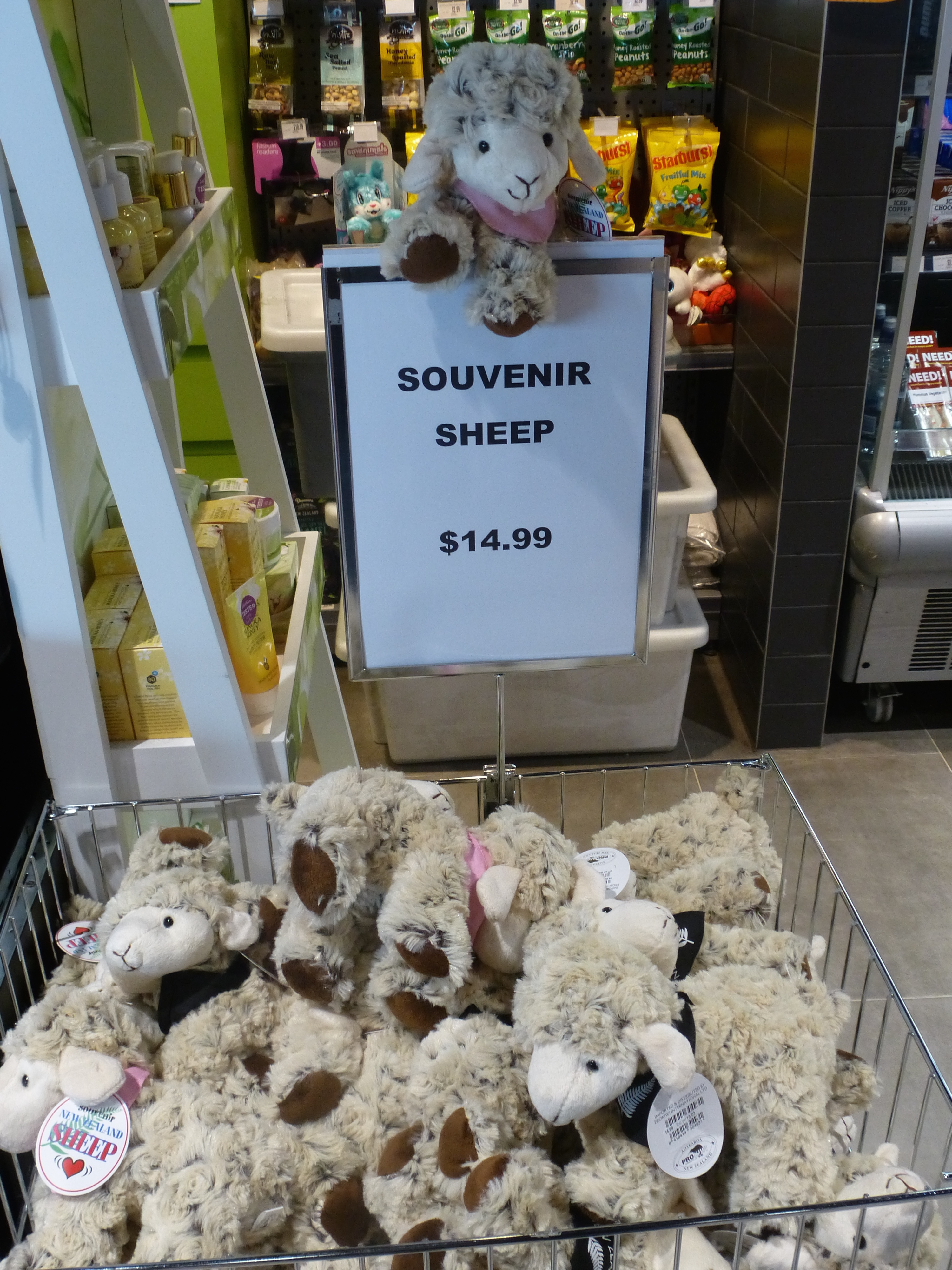 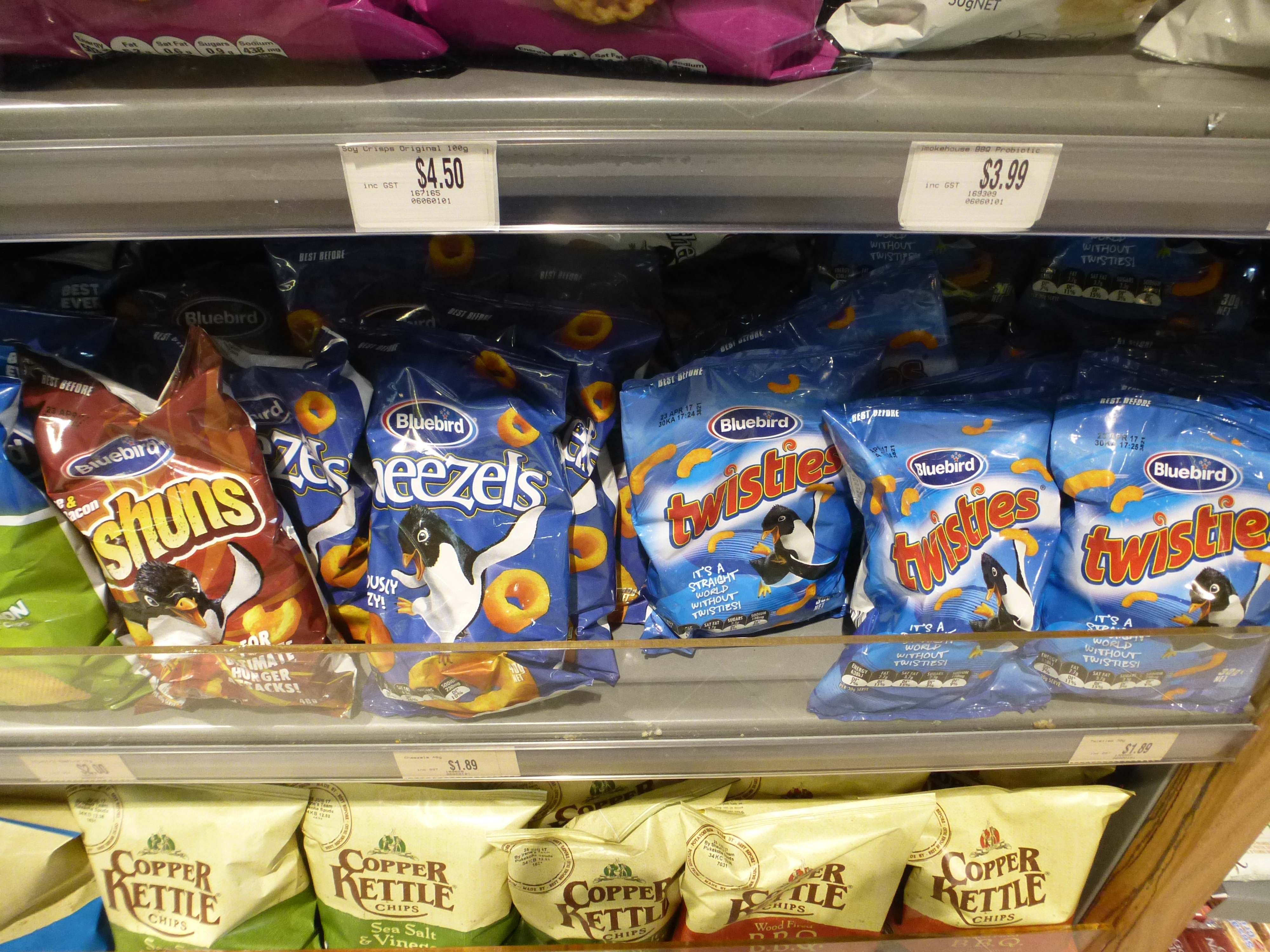 The two-hour flight from Auckland to Queenstown went along the west coast of both islands, so we got a great view of the mountain ranges that line the western part of the south island. Here are some that still have snow (it’s permanent). Note the glacier at lower left: 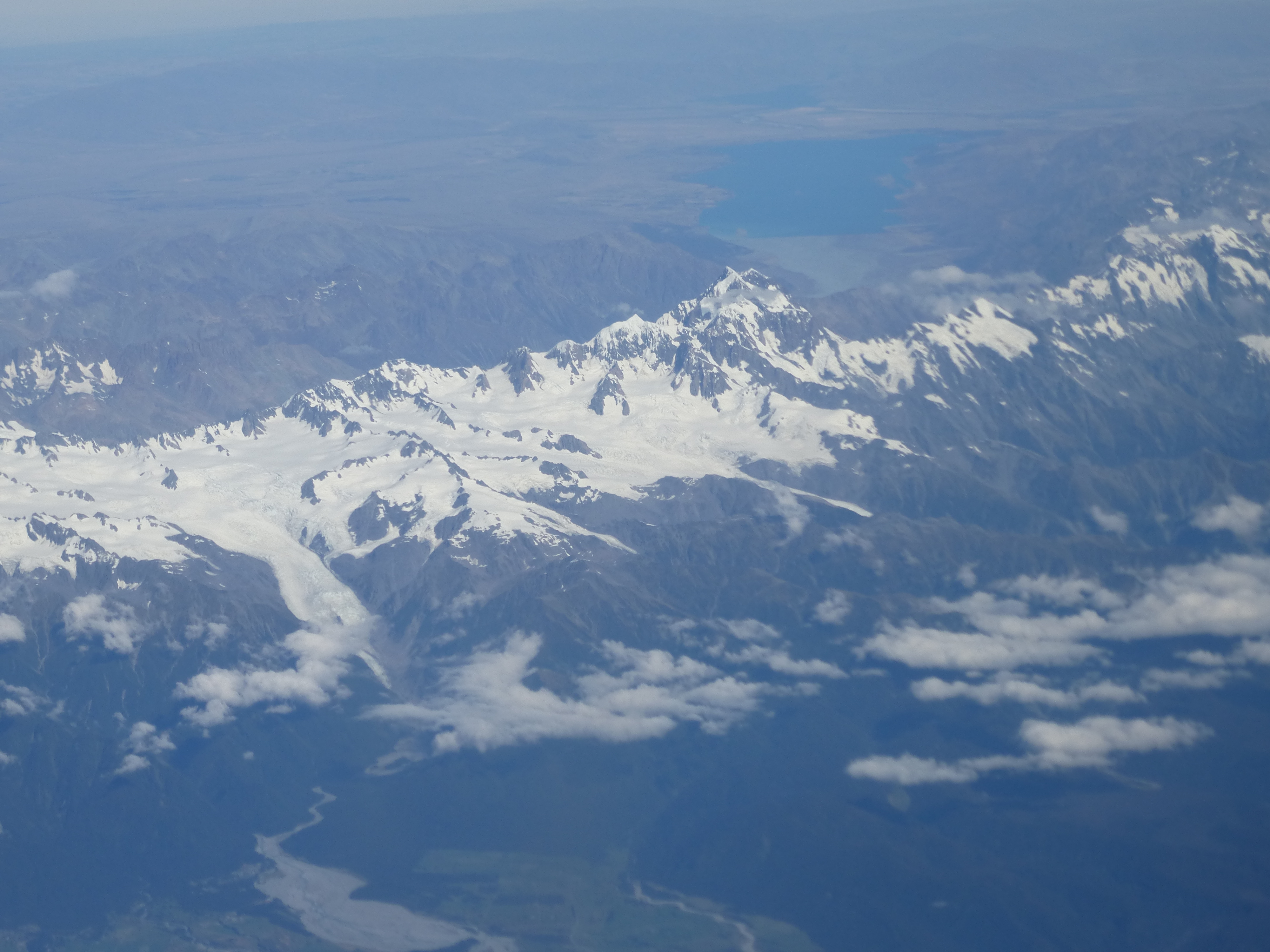 Landing at the small town of Queenstown, in the southern part of the south island, involves flying low over the mountains and then threading between two of them to touch down at a tiny airport: 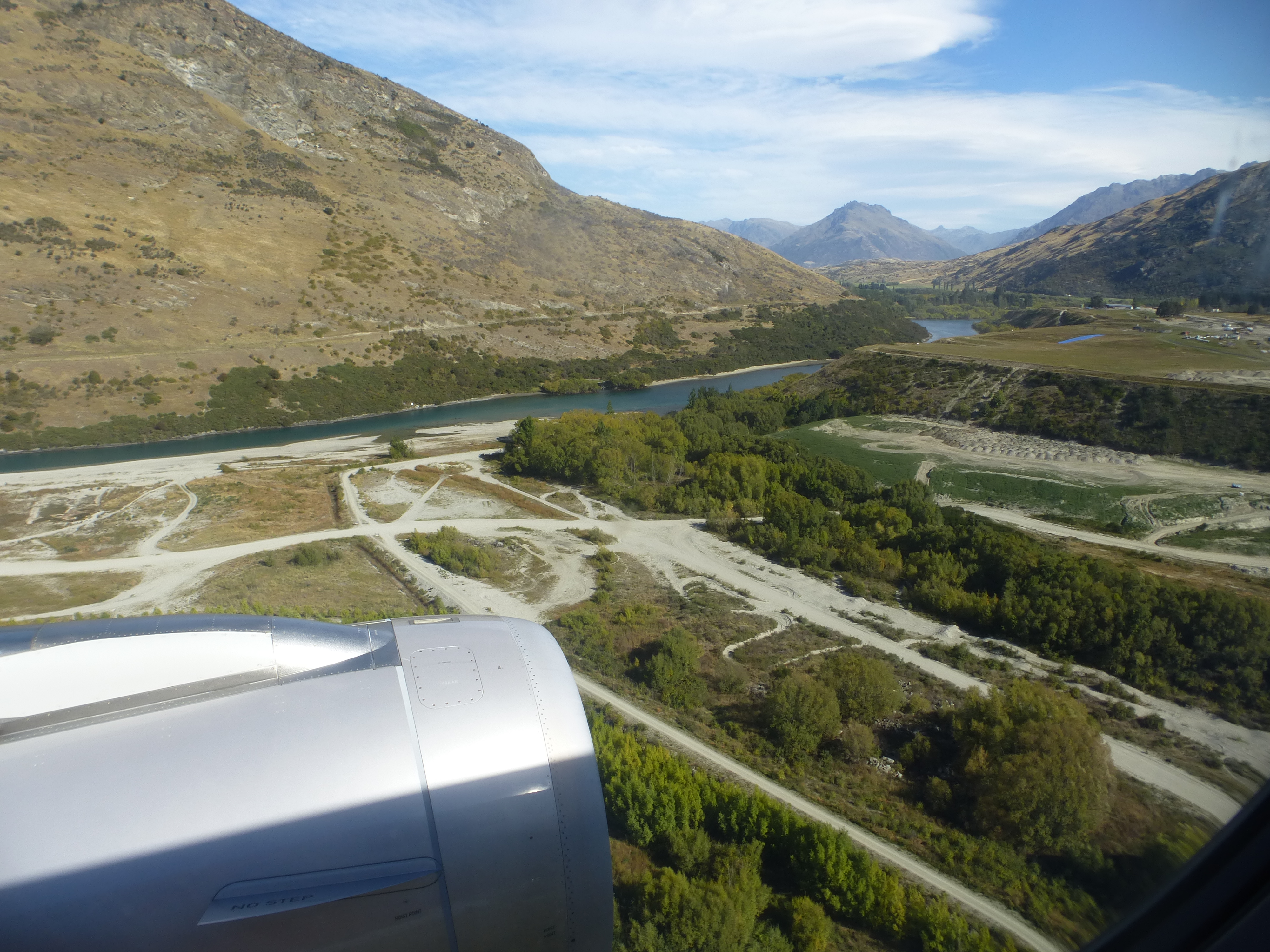 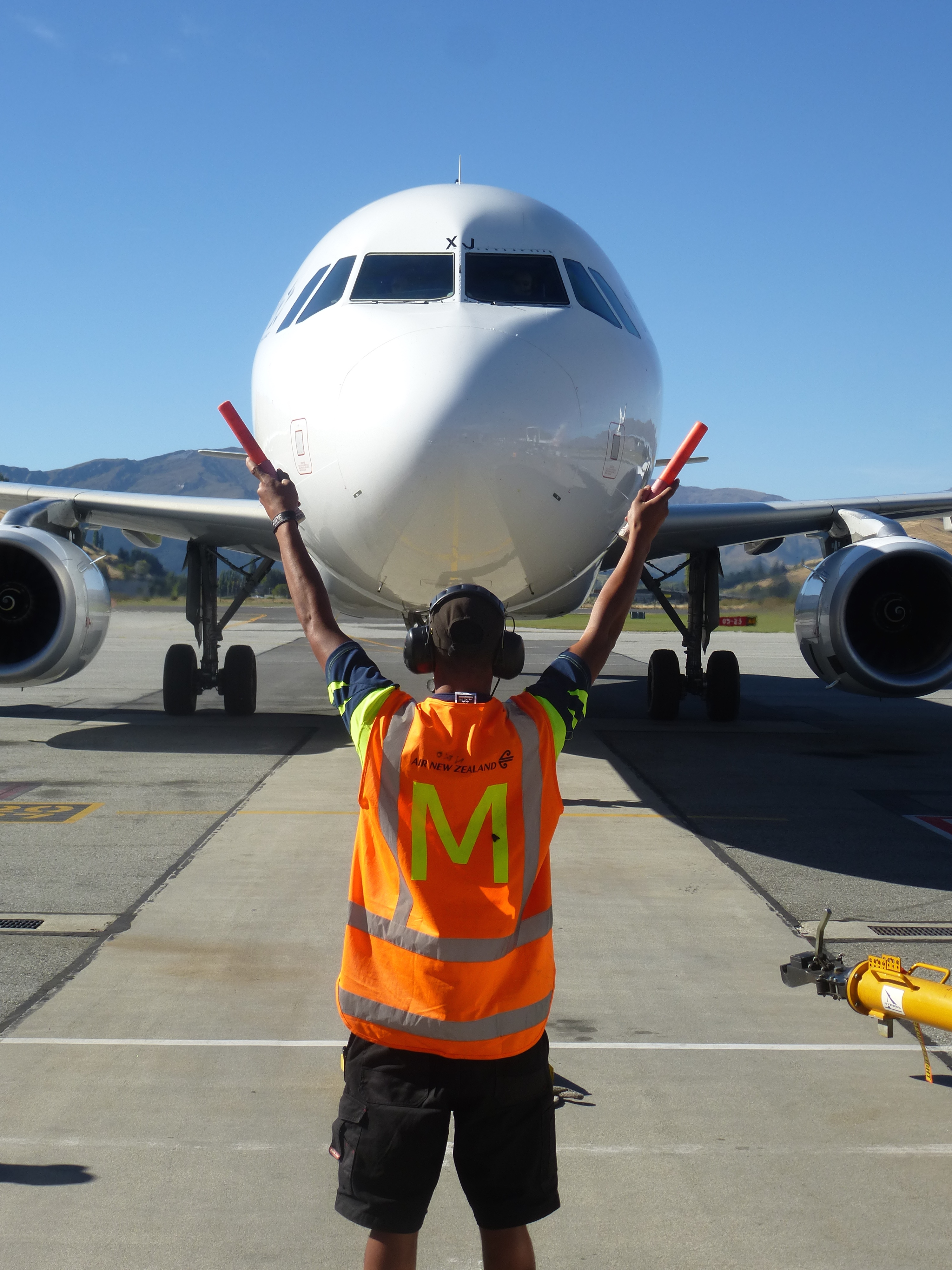 Reader Kevin was really nice, and picked me up at the airport and drove me to his home in Glenorchy, about 45 km north. It’s a small hamlet of 300 people, and the drive goes through some spectacular scenery along the large and deep blue Lake Wakatipu: 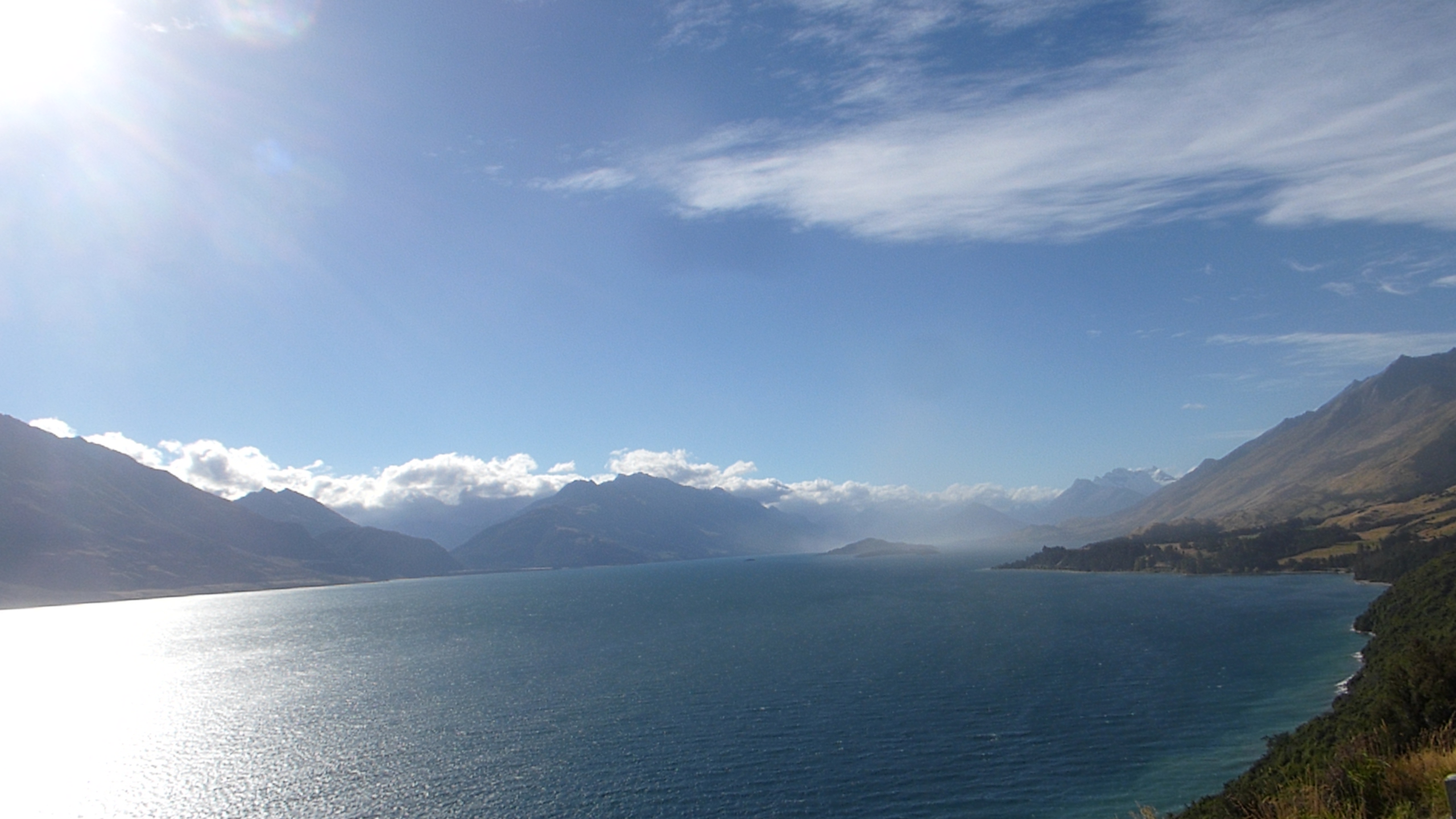 Kevin had prepared lamb stew (my first food in NZ, and an appropriate dish), and we had that, a local beer, and then a local pinot noir (very good) on his deck overlooking the mountains. That was followed by “hokey pokey” ice cream (a New Zealand indigenous flavor consisting of vanilla with butterscotch specks) and rhubarb sauce.

Today we’re going to explore the surrounding area. Stay tuned. I won’t be able to post travelogues as often as usual because I’ll be moving about, but I will of course take lots of pictures of scenery and noms.

27 thoughts on “Travels: to Queenstown and Glenorchy”