Today’s photos come from reader John Conoboy, and from Africa. His notes are indented:

February is the time of the great migration. I am told that the Serengeti ecosystem is defined by the wildebeest migration patterns. It is hard to get a single photo at eye level that gives the amazing scope of the animal movement. There were areas where we could see thousands of animals stretched along the plains for miles. Watching this amazing spectacle reminded me of accounts of early travelers on the Great Plains of the US relating how they watched a massive herd of bison taking hours to cross a stream. Wildebeest in Tanzania are the blue wildebeest (Connochaetes taurinus). 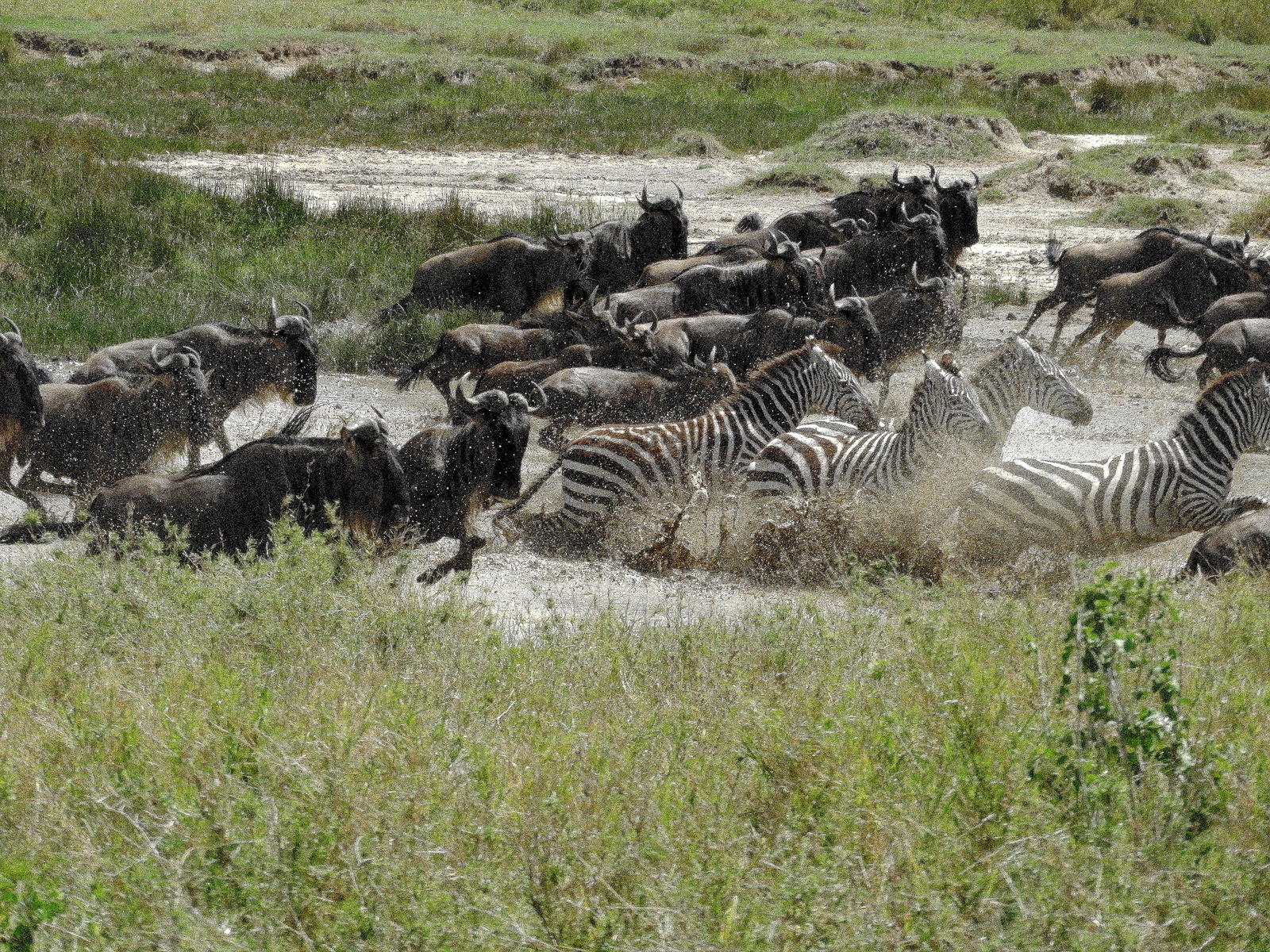 The second most common animal taking part is the plains or Burchell’s zebra (Equus burchelli). We saw a lot of very young zebra, and one lion killed carcass very near our lodging, reminding us of why we needed an escort at night to get back to our tent. 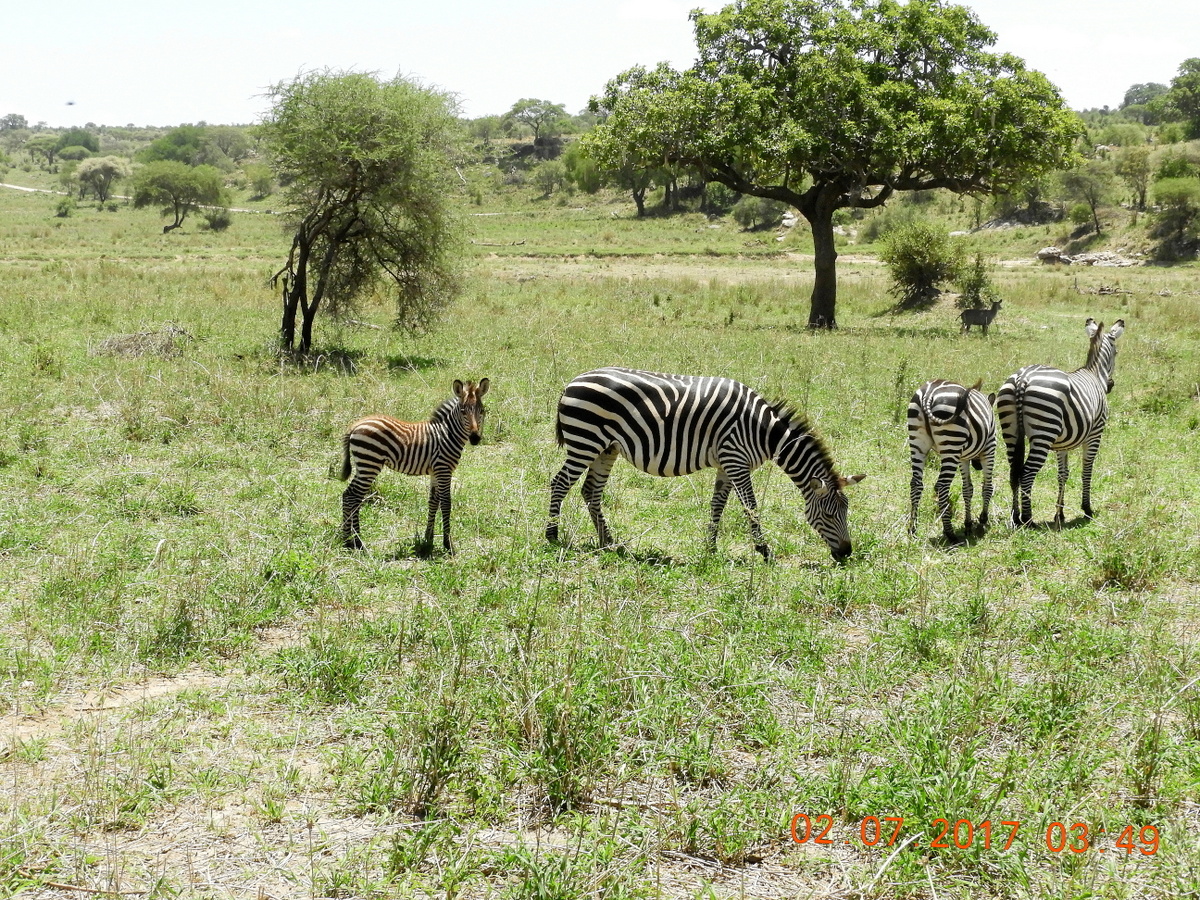 I told our guide about the new research into zebra stripes and biting flies, but he clings to the idea that the stripes confuse predators who cannot differentiate an individual in a group. I sent him a link to your WEIT post about zebra stripes, but he has not responded. [JAC: Note that reading this site give you insights that haven’t yet reached safari guides!] 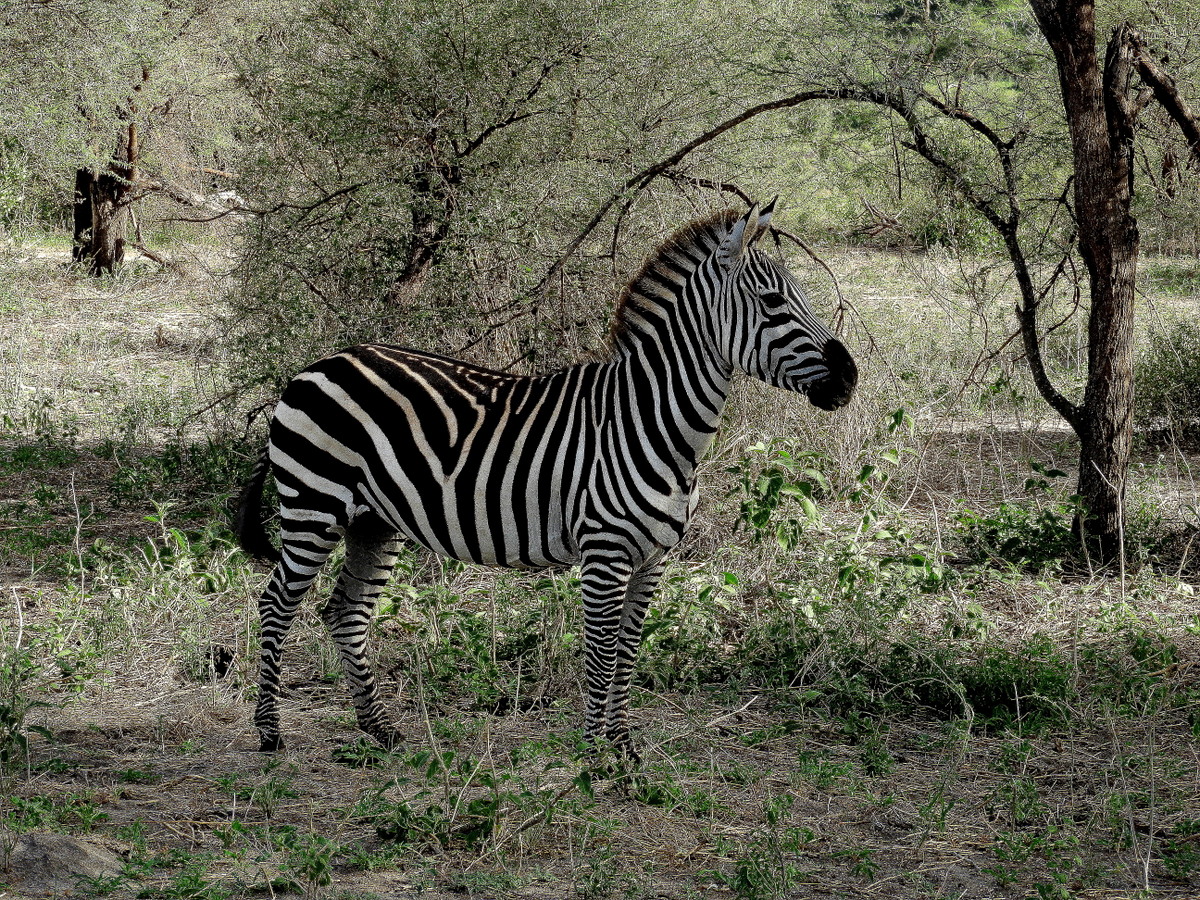 Here are a variety of pictures of wildebeest and zebras. It was common when our vehicle came up near a group of animals that they would turn away and we joked a lot about pictures of animal butts. The image of the four zebra looking toward the camera was the result of a pride of lions on the other side of our vehicle. The zebra are keeping a close watch on what the lions were doing. Also included is a picture of a zebra that has recently lost its tail, perhaps to a hyena. 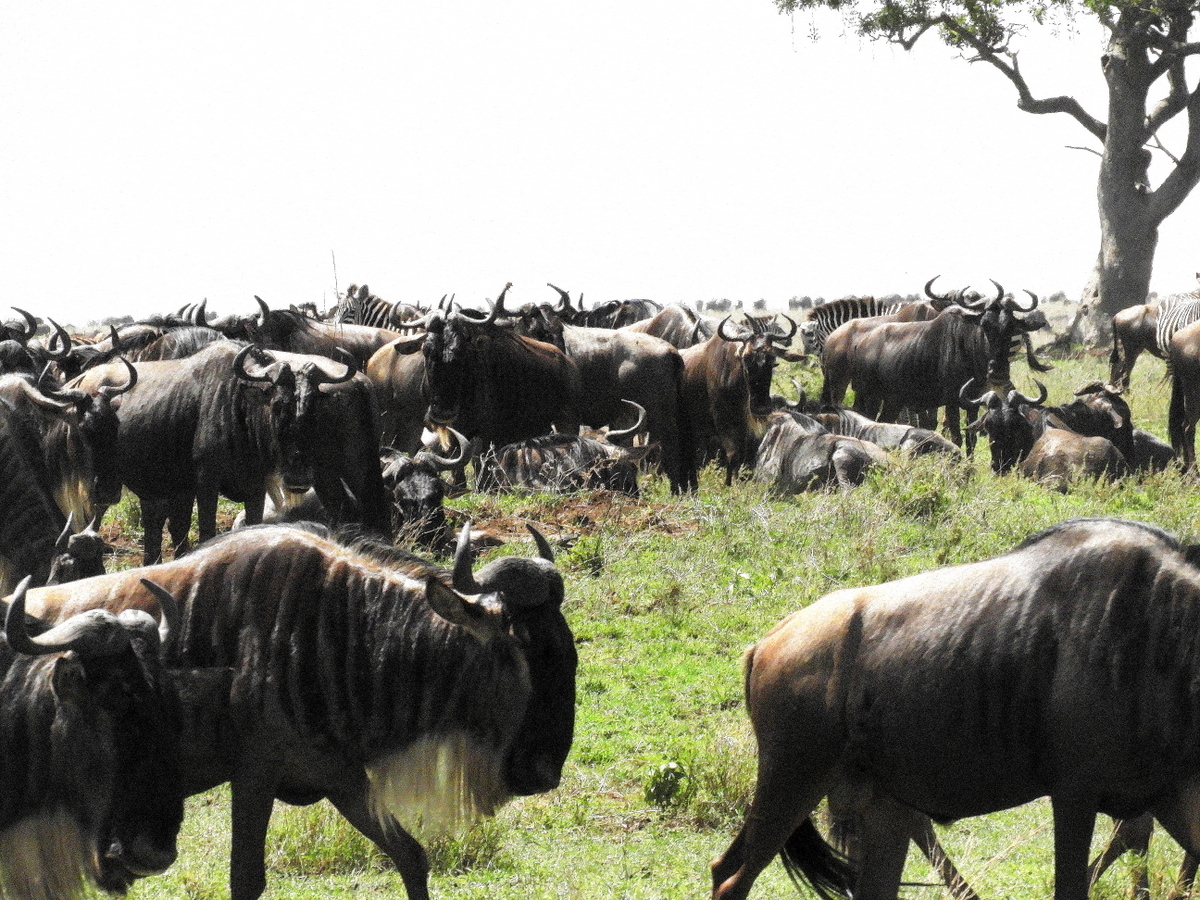 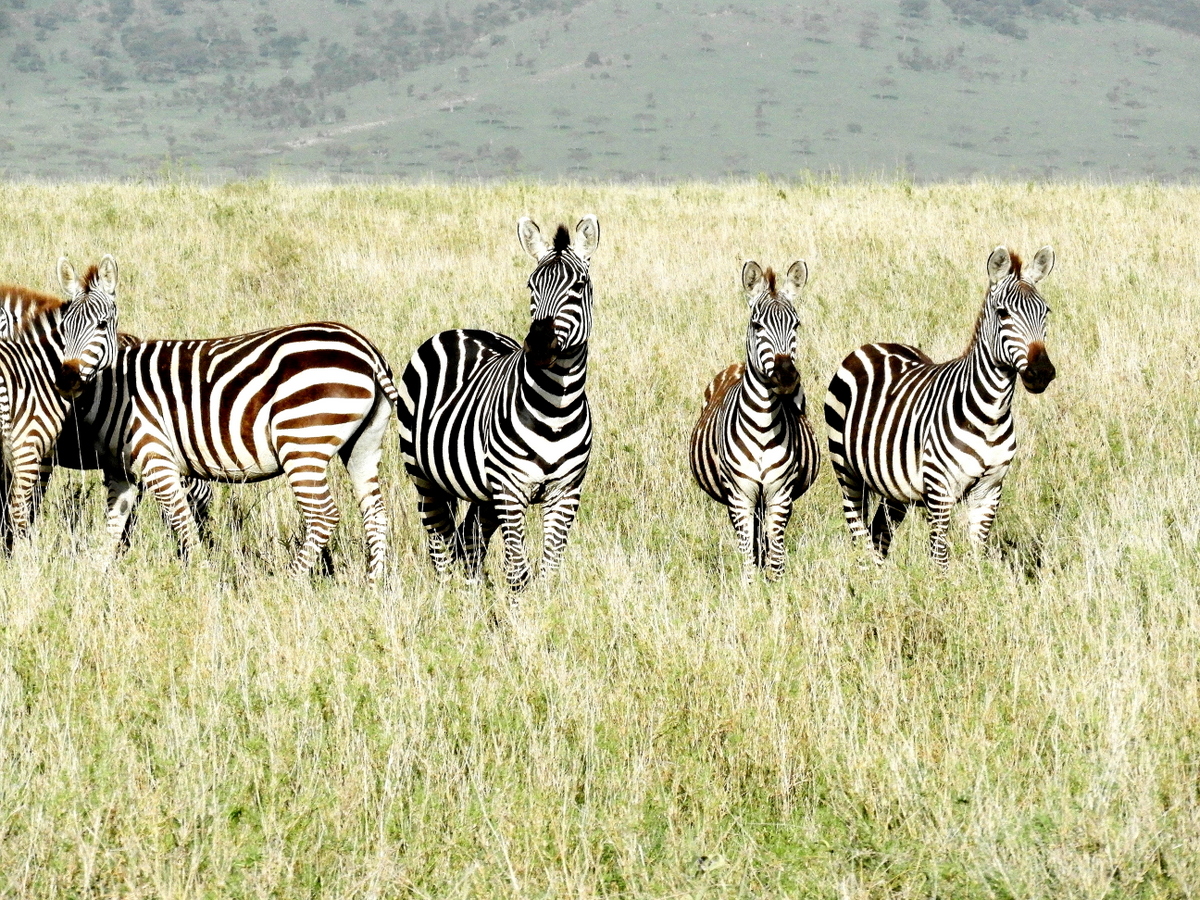 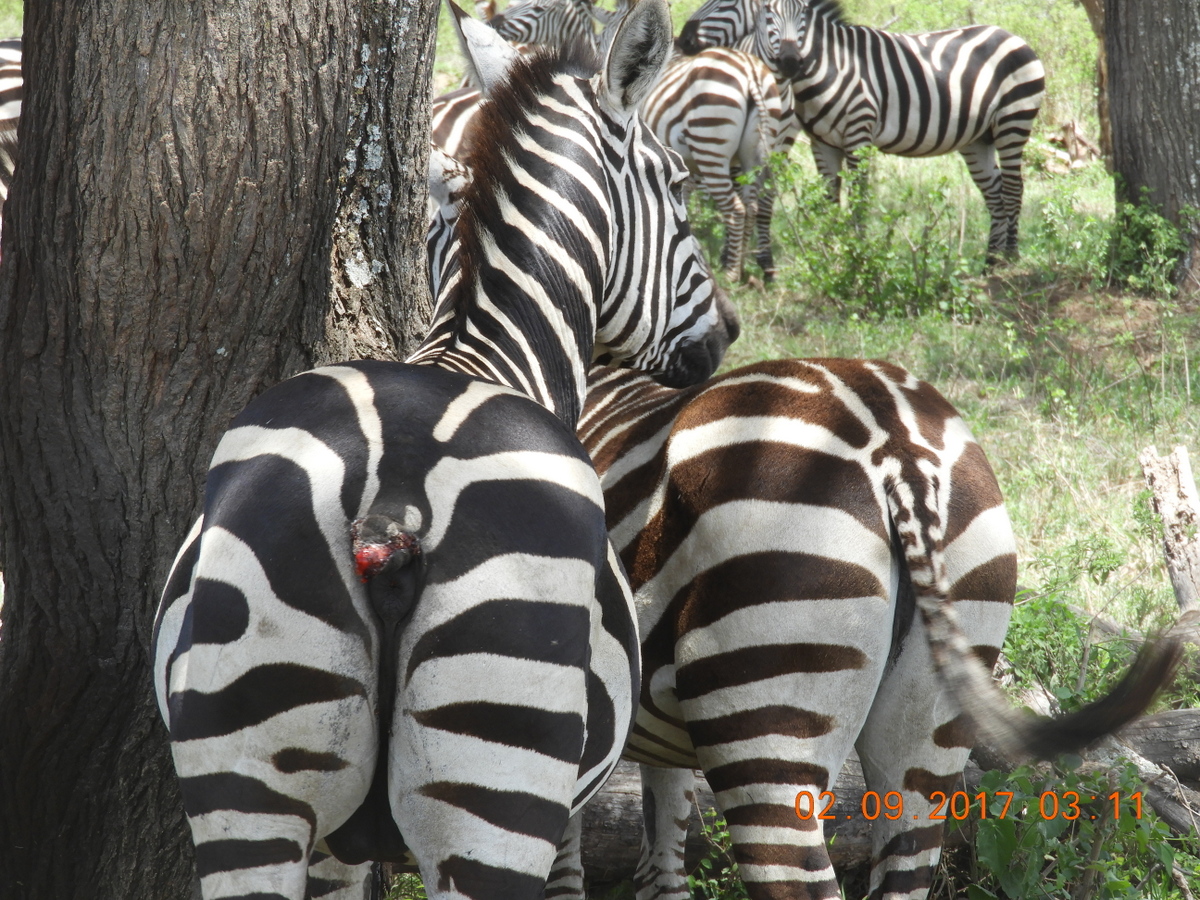