Here’s a new “Simon’s Cat Logic,” featuring information about cats and water, all imparted by the incomparable Nicky Trevarrow of Cats Protection. The information, illustrated with Simon’s animation, is followed (at 3:37) by two water-related episodes of Simon’s Cat. Note Trevarrow’s advice about what kind of water bowl to give your cat, and how far apart to put the food and water bowls.

From the Minneapolis Star Tribune we have the story of Percy, the beloved companion of trucker Paul Robertson of St. Paul. When Robertson was recovering from food poisoning at a rest stop, Percy stepped on the window’s power switch and escaped. Devastated at the lost of his companion, and after a long search, Robertson drove on, but put a notice about Percy’s loss on his Facebook page: 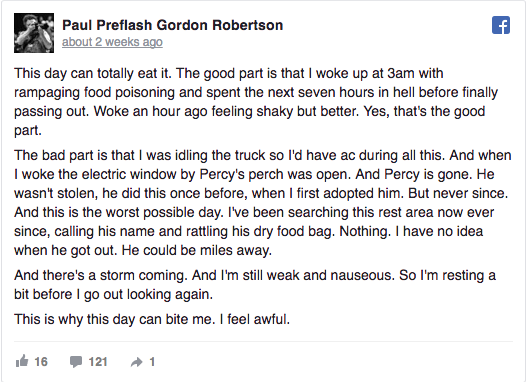 But then, the unthinkable happened. Shortly after arriving to his destination, Robertson saw a cat emerge from beneath his semi-truck. It was Percy. Robertson detailed the reunion through – what else – a Facebook update. 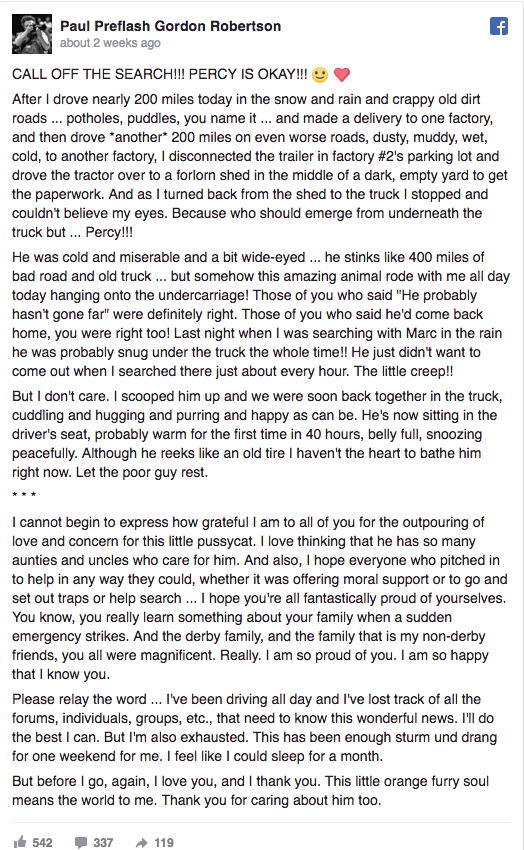 Aside from needing a warm bath and a trip to the veterinarian for some medication to heal an eye infection (likely from the dust and salt endured on the long trip), Percy happily reclaimed his co-pilot status after his daring adventure.

And Robertson promptly MacGyvered the window switches so that Percy isn’t tempted to take a joyride again.

Here’s Percy, asleep in the truck and also washing off the road dust: 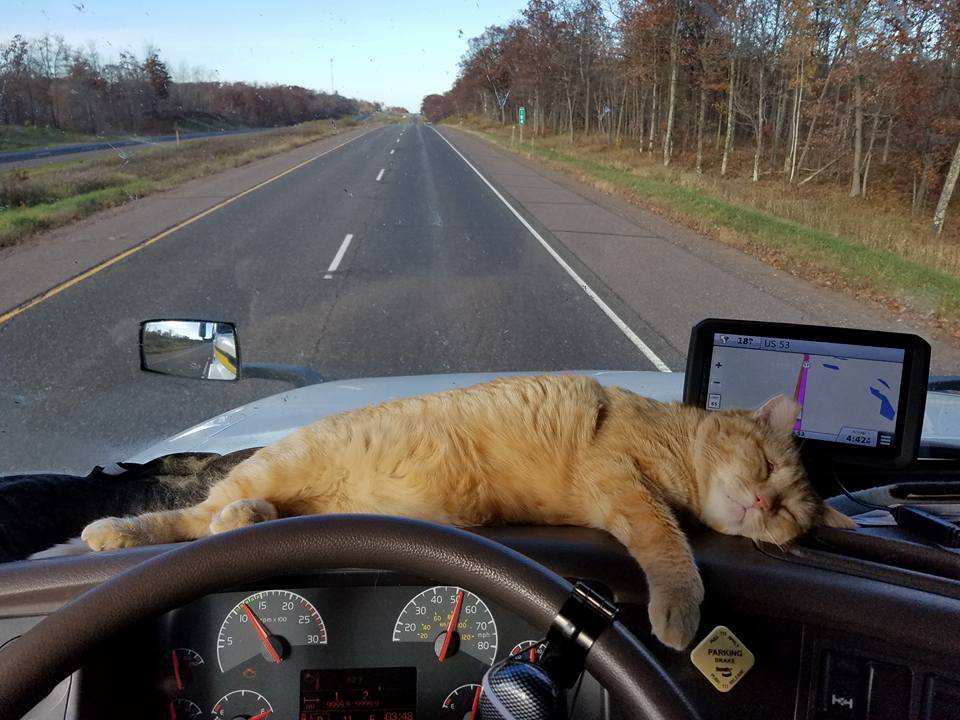 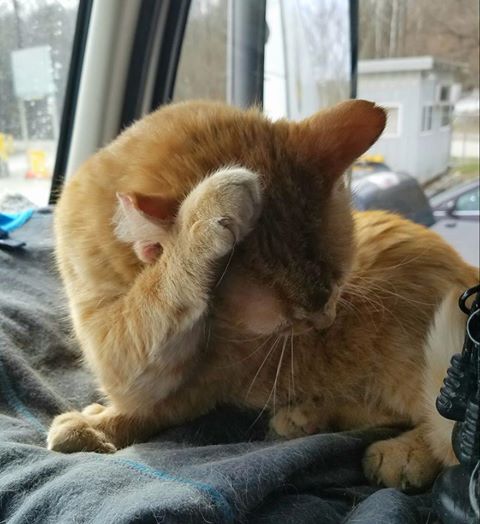 Finally, a 13-minute Buzfeed video about the Cat House on the Kings (and its staff), described as “California’s largest no-cage, no-kill, lifetime cat sanctuary and adoption center.” It harbors a thousand cats, many of which run free in the staff’s former house (which she gave up to the cats).

13 thoughts on “Caturday felid trifecta: Simon’s cat on cats and water, Percy the Cat survives 400-mile journey in undercarriage of his owner’s truck, and the “ultimate cat lady””