Poor Reza Aslan—he can’t catch a break. Although he’s gotten what he wanted: lots of favorable press and, presumably, wealth—and a new 6-part series on CNN, “Believer“—he’s still getting criticized. First he gets it from the likes of me for whitewashing religion in general and Islam in particular, and then he decides to host a TV series whose theme is the underlying similarity (a good similarity) of all religions. When he tries to do that, he then gets accused of exactly what he’s accused others of vis-à-vis Islam: using extremist sects to represent the whole faith. In Aslan’s case it was, in the first episode of “Believer,” the Hindus, whom he represented using the Aghori sect in Varanasi (the new name for “Benares”). (See my post on this from Tuesday.)

I haven’t watched the first episode of “Believer,” but two reviews I mentioned in my last post criticized the show for being over the top and sensationalistic. The following 6-minute clip I watched on CNN’s website was pretty lame, for Aslan imparts a minimum of information while showing off his “empathy”. It’s like Krista Tippett on video. What makes it worse is that Aslan’s concentration on the Aghori sect, yet calling the piece “What Hindus really believe” has riled up many Hindus, who have criticized him for being “Hinduphobic”!

Click on the screenshot below to watch at the site. 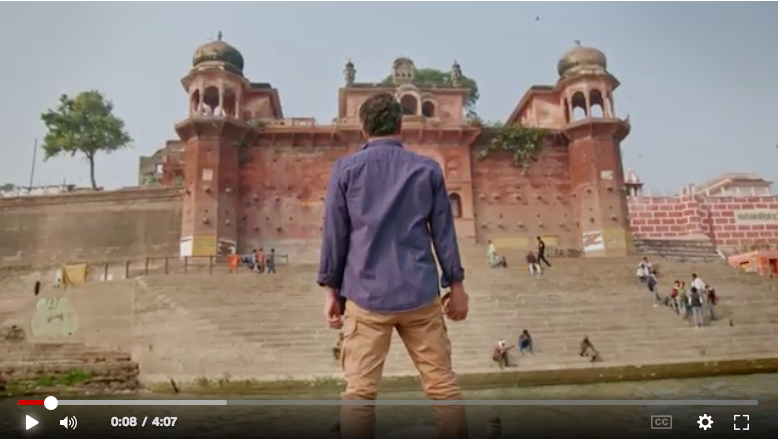 Another episode features a doomsday cult in Hawaii headed by a man called “Jezus”, who beefs that “It’s hard being a prophet.” You can watch that by clicking on the screenshot below: 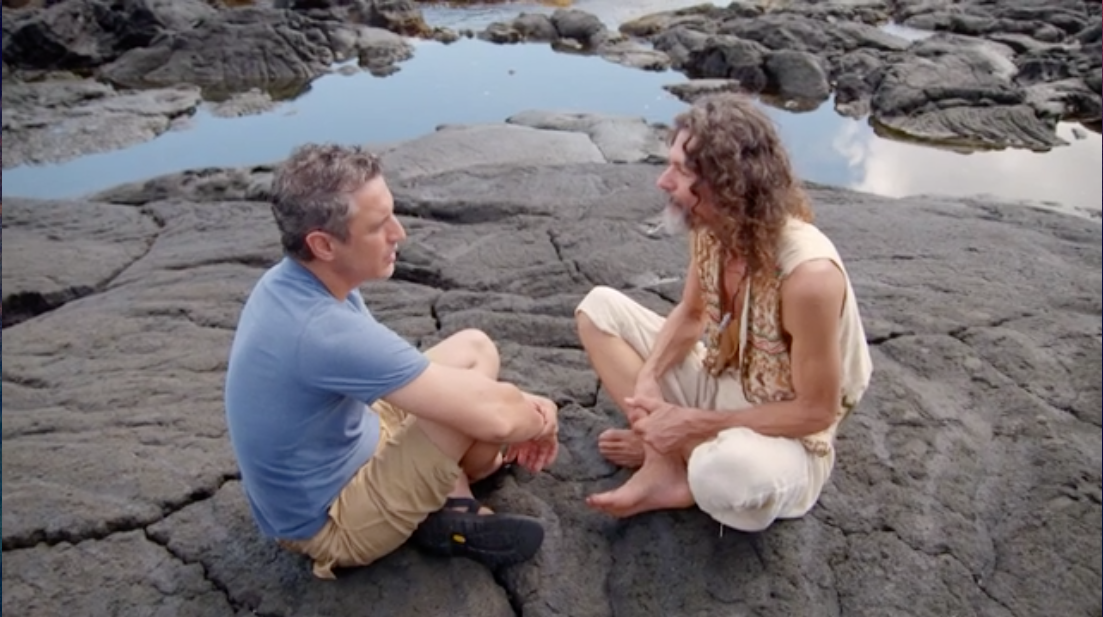 I’m not sure why he chose a group of fringe cults to characterize religion, but it’s not doing his reputation any good. I’m actually a bit sympathetic to the oleaginous Aslan, because he simply didn’t understand what he was getting into: the Offense Culture. He’s out of his depth, and it’s sort of sad.

It would have been interesting to hear about these fringe sects, but Aslan doesn’t realize what most of us atheists do: examined from the outside, nearly all faiths look similar—but similar in their lunacy, not in their wisdom. By choosing things like a brain-eating, urine-drinking Hindu sect, and the Jezus-worshiping death cult, Aslan is simply showing that all religions, at bottom, are delusional. And on top of that, advocates of the “mainstream” version of these faiths are taking out after him. Want to see the shit really hit the fan? Wait until his segment on Scientology! Nobody likes Scientology, and if Aslan tries to say it’s just like other faiths, every believer in the Universe will get pissed off.

A new article in Areo Magazine by V. R. Kahn gives Aslan more grief. It’s called “Reza Aslan’s cynical careerism and CNN’s ‘Believer’“, and analyzes just the first episode on the Aghori Hindus. Here’s one excerpt which gives you pretty much of the tone:

Encapsulated in this episode is the central conceit of Believer: it appears to be nothing more than a sensationalist vehicle for Aslan’s careerism. The fringe groups used in the series come across as Aslan’s version of a circus sideshow with platitudes added in for when he is accused of misrepresenting other religious groups — a criticism he has often used himself against anyone even trying to critically discuss Islam. But of course he has been roundly criticized by Hindu groups for, what they argue, is a misrepresentation of their faith. American Hindus were encouraged to live tweet the Hindu American Foundation of their concerns while watching the episode and if their retweets are any indication, their final assessment of the show was far from positive.

But creating controversy seems to be all part of the plan too; during the premiere of Believer Aslan tweeted a link to an interview on the Huffington Post entitled “Every Episode of Reza Aslan’s ‘Believer’ Will Piss Somebody Off (And It’s Awesome).” It is essentially click-bait for TV. It’s what makes his opportunistic cornering of the market on religious scholarship so blatant. When Islam has been criticized using examples from Saudi Arabia or Iran, he has argued that contextualization is key and it is misleading to characterize Islam based on two countries. Regardless of Aslan’s obvious obfuscation, it is a fair criticism of Believer to say that it sensationalizes a view of Hinduism that if done to Islam, would have Aslan on the next CNN panel stating it was nothing more than bigotry. His positions with regard to religion appear to change with how much screen time he can garner from them.

I have to say that I dislike Aslan’s attitude toward religion so much that I can’t feel that sorry for him, for his careerism has outstripped his judgment.  So be it.

In the last episode, Aslan ate some cooked human brains with a member of the Aghoris (who subsequently flung feces at the fleeing Aslan). That led to a pair of funny tweets, the first from Maajid Nawaz and then a response from Dave Rubin:

Maajid, cut him some slack, it's the closest he'll get to having a brain. https://t.co/nlB0Ciooe6

45 thoughts on “Reza Aslan gets it in the neck again”