Mark Sturtevant has been kind enough to sent us another largish batch of his arthropod photos. His notes are indented:

I have a LOT more pictures, including some unusual species to send later. For now, this large batch will have to do. Enjoy.

First, the small but pretty ‘jewel’ beetle is really the infamous emerald ash borer (Agrilus planipennis). This insect was introduced to the U.S. from Asia in the 1990’s, and is now a very serious pest in the U.S.

The next two pictures are of a flower longhorn beetle. There are many species that resemble this one, but it looks more like Strophiona nitens than anything else. I like the fuzzy gold tummy and in the second picture it looks to be nonchalantly scratching an itchy leg.

We took a trip to my hometown area in Iowa to visit my mother and brother. Of course one notices how things have changed, and among these seemed to be some changes in the local insects. For example, I would have definitely noticed buckeye butterflies (Junonia coenia) back in the days when much of my free time was spent collecting insects. But I never saw one. Now, for some reason they are pretty common. I found this one in a park that I used to frequent with a butterfly net over 30 years ago. It was feeding on a pile of fresh dog poo alongside two other species of butterflies, but fortunately the buckeye walked away after it was satiated.

Next is a googly-eyed crab spider, Misumessus oblongus, with a Muscid fly meal. Approached by a carpenter ant, she leaped away and dangled on a dragline with her prey. When the ant moved on, she quickly reeled herself back up. I thought that was pretty clever. 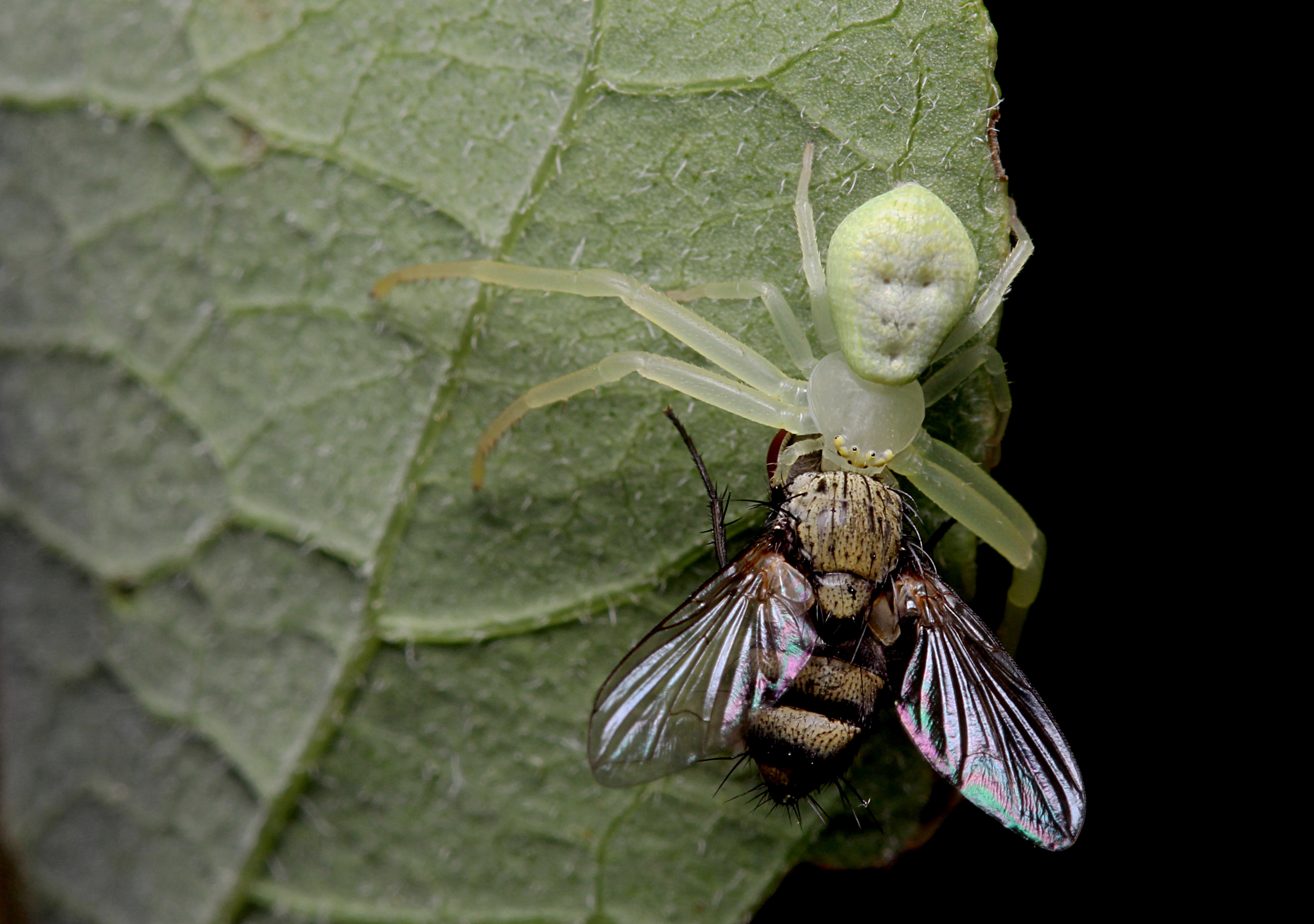 The colorful leafhopper in the next picture is one of our ‘sharpshooter’ leafhoppers, Graphocephala coccinea. This is a variable species, with some that are green and red and others that are blue and red.

The next pictures are a species that I photograph a lot as I seek a perfect picture of it. This is the lovely ebony jewel wing damselfly, Calopteryx maculata. In the mating pair of jewel wings, the one with a white waxy bloom is the female. I think older jewel wings tend to develop this feature. 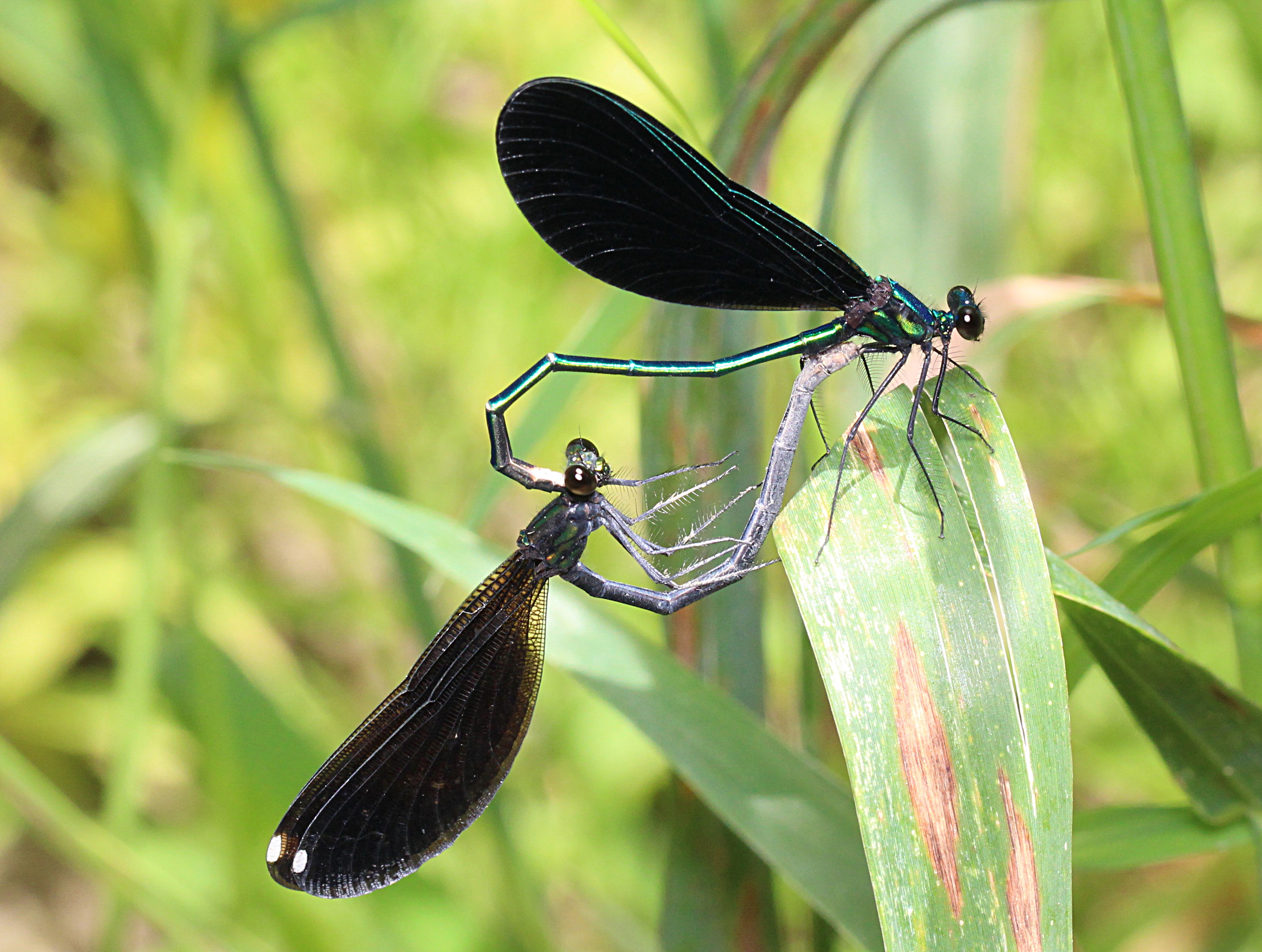 The last pictures are more of our infamous house centipede (Scutigera coleoptrata). Like some of the species above, I have shown pictures of these before. I may be one of the few people on the planet who does not want to squish these large and fast centipedes on sight. I have learned they breed in the winter, explaining why I have been seeing several babies in our basement recently. The last picture shows that house centipedes haven an almost kindly face, with a decent pair of compound eyes. One has to overlook the fangs, of course, which in centipedes are properly called forcipules. They are really a modified pair of front legs. 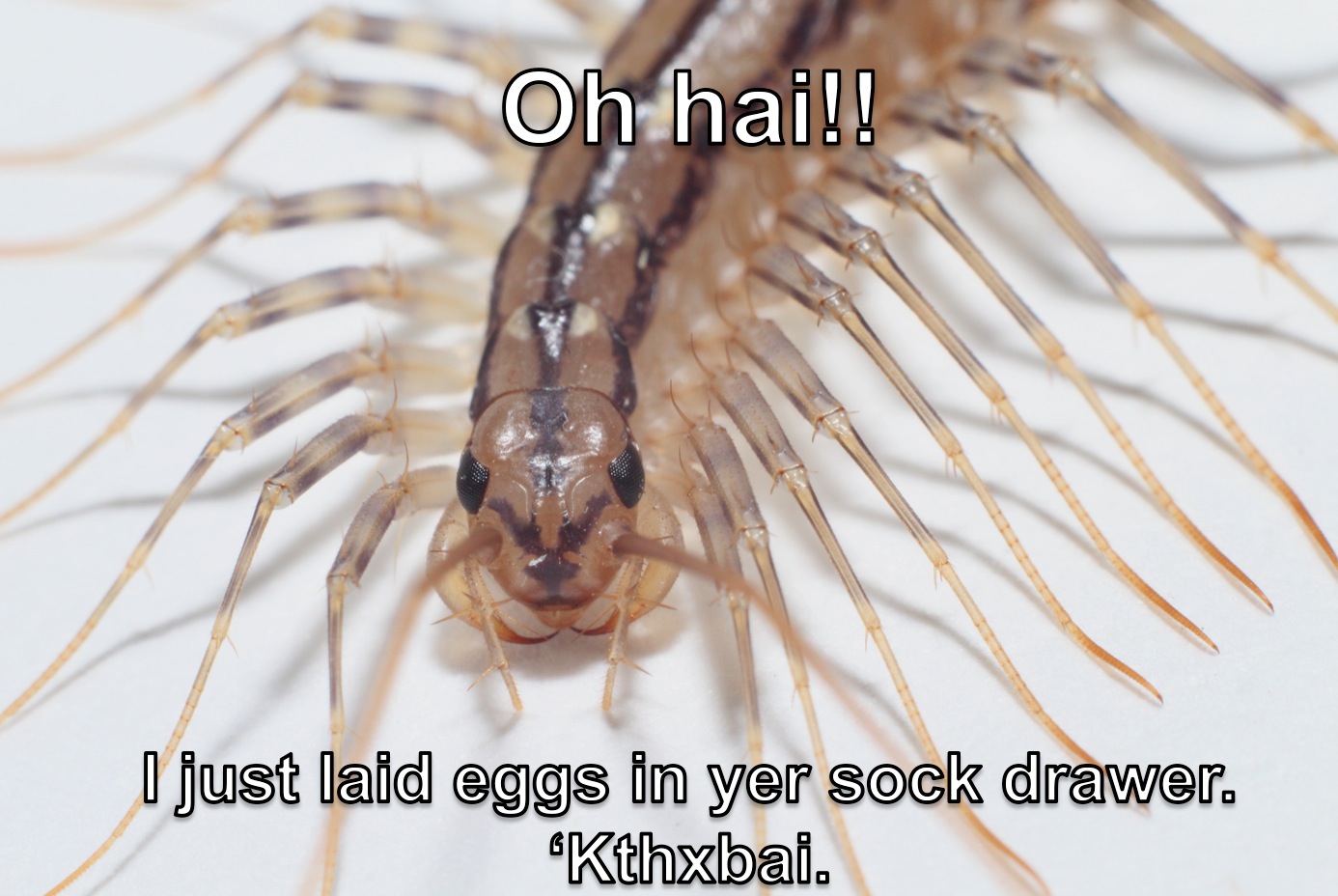