UPDATE: As the first comment in the thread (by Coel) shows, I was correct in assuming there’s a religiosity to Gunderman’s argument: he’s a trustee of the Christian Theological Seminary. Further, someone who once knew him emailed me and described him as “ultra religious.”

The motto of the site The Conversation is “academic rigor, journalistic flair”, and it’s funded by an impressive roster of organizations, including the Bill and Melinda Gates Foundation (see bottom for the list). But there’s neither rigor nor flair in a recent article by Dr. Richard Gunderman, “Why you shouldn’t blame lying on the brain“. (According to his bio at the Radiological Society of America, Gunderman is “a professor and vice chairman of the department of radiology at Indiana University, with faculty positions in pediatrics, medical education, philosophy, philanthropy, and liberal arts.” He’s also written both technical books on his field and popular books like We Make a Life by What We Give.)

Gunderman’s point, which completely baffles me, is that our ability to lie proves that we can actually override the material processes in our brain, and that “the human mind is not bound by the physical laws that scientists see at work in the brain.” In other words, lying proves that there’s a ghost in the machine—a non-physical aspect to our brains and behavior that gives us a form of dualistic free will.

Gunderman begins by noting that functional MRI (fMRI) scans of the brain have shown that lying can be detected by a decrease of activity of the amygdala, which to Gunderman suggests that “subjects may become desensitized to lying, thereby paving the way for future dishonesty.” I haven’t read the studies, so I have no idea whether that last conclusion has any support.

But Gunderman wants to dispel the notion that because lying can be seen as changes in brain activity, it must therefore be a product of the neurological/biochemical processes of brain activity. One section of his piece, called “brain not simply a machine,” argues that because the brain is complicated (with 100 billion neurons and 150 trillion synapses), and because it actually experiences the world through consciousness and emotionality, we can never find a physical basis for those things. Ergo, the brain isn’t a machine!. Gunderman:

As Nobel laureate Charles Sherrington, one of the founders of modern neuroscience, famously declared, natural sciences such as physics and chemistry may bring us tantalizingly close to threshold of thought, but it is precisely at this point that they “bid us ‘goodbye.‘” The language of natural science is inadequate to account for human experience, including the experience of telling a lie.

Consider Mozart’s “A Little Serenade” or Rembrandt’s self-portraits. We can describe the former as horsehair rubbing across catgut, and we may account for the latter as nothing more than pigments applied to canvas, but in each case something vital is lost. As any reader of Shakespeare knows, a lie is something far richer than any pattern of brain activation.

This is a misguided argument, because you can’t describe the effects of Mozart as horsehair on catgut, and no scientists claims such a thing. The sounds have an emotional resonance in our brain after they enter it through our ears. That emotional resonance, of which we’re conscious, depends on our genes and environment: the factors that have built our brain. Just because we don’t understand how it all works manifestly does not say that the brain isn’t a machine. It’s simply a machine whose workings we don’t fully understand.

Gunderson then makes a weird argument about why the brain is “not the mind” (well, the mind is really a product of the brain, just as a knee-jerk reflex is, but never mind). While admitting that we can change how the mind works by physical intervention, he still claims that there is a dualism in our thoughts not explicable by our brains:

A second dangerous misinterpretation that often arises from such reports is the notion that brain and mind are equivalent. To be sure, altering the chemistry and electrical activity of the brain can powerfully affect a person’s sensation, thought, and action – witness the occasionally remarkable effects of psychoactive drugs and electro-convulsive therapy.

But in much of human experience, the causal pathway works in the opposite direction, not from brain to mind, but mind to brain. We need look no further than the human imagination, from which all great works of art, literature and even natural science flow, to appreciate that something far more complex than altered synaptic chemistry is at work in choices about whether to be truthful.

What is the “mind” that is not part of the brain, then? Is it a soul or something not embodied in physical matter? As Mencken said of Thorstein Veblen, “What is the sweating professor trying to say?” Just because art springs from the imagination and perception (and one’s experiences) does NOT mean that all those things are not coded in the brain. In fact, you can efface many aspects of perception and imagination by destroying parts of the brain. Gunderson’s claim that works of art must reflect something more than synaptic chemistry is an unsupported assertion; in fact, the data so far show that he’s wrong. He really needs to specify exactly how he think the mind is independent of the brain; I’m puzzled that a doctor (unless he’s religious) can even make such a claim. If the mind is disconnected from the brain, how does imagination get from the mind to the brain? Is there a soul above it all?

But the most bizarre part of Gunderman’s article is that he sees lying as proof that the mind is independent of the brain:

In fact, our capacity to lie is one of the most powerful demonstrations of the fact that the human mind is not bound by the physical laws that scientists see at work in the brain. As Jonathan Swift puts it “Gulliver’s Travels,” to lie is “to say the thing which is not,” perhaps as profound a testimony as we could wish for free will and the ability of the human mind to transcend physical laws

In the Genesis creation story, it is after woman and man have tasted the fruit of the tree of the knowledge of good and evil and hidden their nakedness that God declares that “they have become like us.” To be able to lie is in a sense divine, implying a capacity to imagine reality as it is not yet. If used appropriately, this capacity can make the world a better place.

What is going on here, I think, is that Gunderson (whose quotes from scripture imply he’s religious, which may explain his dualism) is espousing a form of “free won’t.” That is, while our positive, truthful statements may reflect the activity of our brain, the fact that we can tell untruths somehow means that the Ghost in the Machine is overriding what we’d normally do. (Benjamin Libet, who did the first experiments showing that decisions can be predicted in the brain before they come to consciousness, didn’t believe in free will per se but did in “free won’t”: the idea that we can decide to change our minds by overriding a conscious decision.)

But this shows nothing of the sort. The decision about whether to be truthful is simply built into our neurons, and often as an adaptive mechanism (By “adaptive,” I mean something that we think will be good for us, not necessarily something that’s evolved—though I think Robert Trivers is right that a certain amount of deceit and self-deception are evolutionary adaptations.) When someone says, “Do I look too fat in these clothes?”, it’s to your benefit to say “no”. That can be a lie, but why on Earth does it show that that decision about how to answer is independent of the physics of our brain? If you say “yes,” is that just the product of our brain-machine?

Gunderman steps further into this argument—one that any sensible person can see through—at the end of his piece, when he simply makes his flat assertion again:

In reality, of course, lying is not the fault of the brain but the person to whom the brain belongs. When someone tells a lie, he or she is not merely incorrect but deceptive. People who lie are deliberately distorting the truth and misleading someone in hopes of gain, placing their purposes above the understanding and trust of the person to whom they lie.

Of course many of our truthful statements are made in hopes of gain, placing our own purposes above those of others.. So how does the fact that we sometimes use deception prove dualism? Gunderman goes on (my emphasis):

Even in the era of functional neuro-imaging, there is no lie detector that can tell with certainty whether subjects are telling the truth. There is no truth serum that can force them to do so. At the core of every utterance is an act of moral discernment that we cannot entirely account for except to say that it reflects the character of the person who does it.

Lying is not a matter of physical law, but of moral injunction. It is less about chemistry than character. It reflects not merely what we regard as expedient in the moment but who we are at our core. Ironically, while it is less momentous to act well than to be good, we are in the end little more than the sum of all the moral compromises we have made or refused to make.

This is why we abhor the deceptive conduct of narcissists, crooks and politicians, and why we esteem so highly the characters of people who manage to tell the truth even when it is especially inconvenient to do so. Such acts are morally blameworthy or exemplary precisely because we recognize them as the products of human choice, not physical necessity.

Why does telling a lie show a nonphysicality of the mind in a way different from telling the truth? This is the main question, and Gunderman doesn’t answer it.

I think he’s straying into religious territory here. For every aspect of our character comes from our brain, whether we’re lying or not. And all data show that that character depends on the brain, for character can be profoundly altered by brain injuries, surgery, experience of the world, or drugs. Dragging in the claim “we are in the end little more than the sum or all the moral compromises we have made or refused to make” suggests a religious theme, one based on moral choice, which to many religionists means dualistic free will. If we don’t choose how we behave, but our brain chooses for us, what does “moral choice” even mean?  Just because most people are dualists, and think that at any time we do have a choice about how we behave (we don’t), doesn’t mean that we can accept conventional wisdom for reality. “Right” and “wrong” acts are to be praised and condemned for the good of society, but we shouldn’t accept that common notion that we could at a given time choose to behave either good or ill.

Gunderman’s argument is so tortured, so unsupported by evidence, that I suspect it’s motivated by religion. That’s just a guess, but anyone who drags in scripture and morality to prove that the mind is disconnected from the brain has to be working on premises that aren’t scientific.

Funding partners for The Conversation, which funded Gunderman’s misguided essay,. 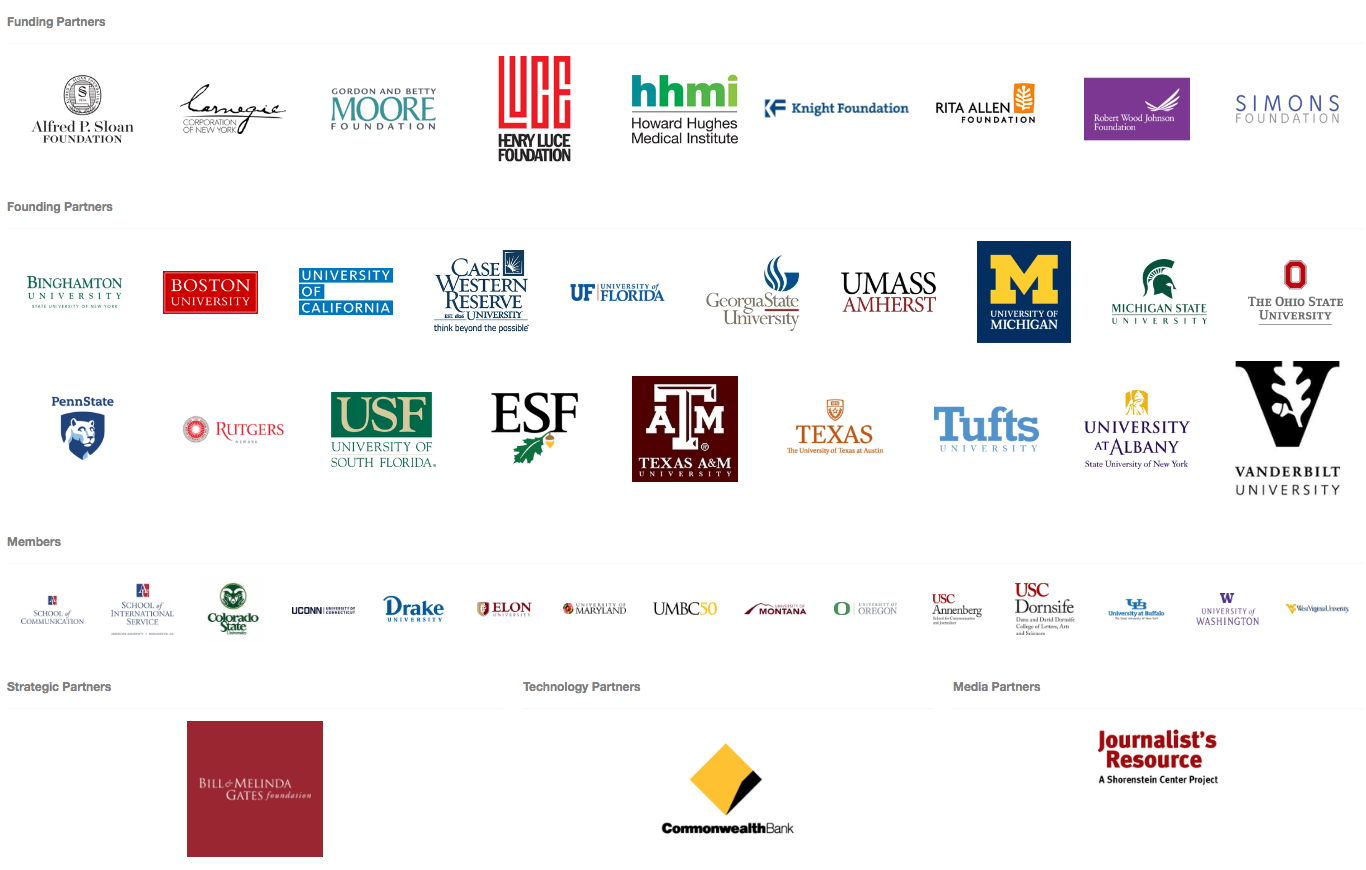 56 thoughts on “Richard Gunderman at The Conversation: our ability to lie shows that the mind is physically independent of the brain (!)”