The New York Times gave graphic results of a survey (using Facebook and ZIP codes) of how popular an array of 50 U.S. television shows were in different areas of the U.S. The results are more or less as you expect, and display a cultural divide manifested largely by geography. For example, here’s the popularity of “Duck Dynasty” (which I’ve never seen), versus “The Daily Show” (which I see rarely on YouTube). The darker the red, the more popular a show is (the higher ranked in a given area): 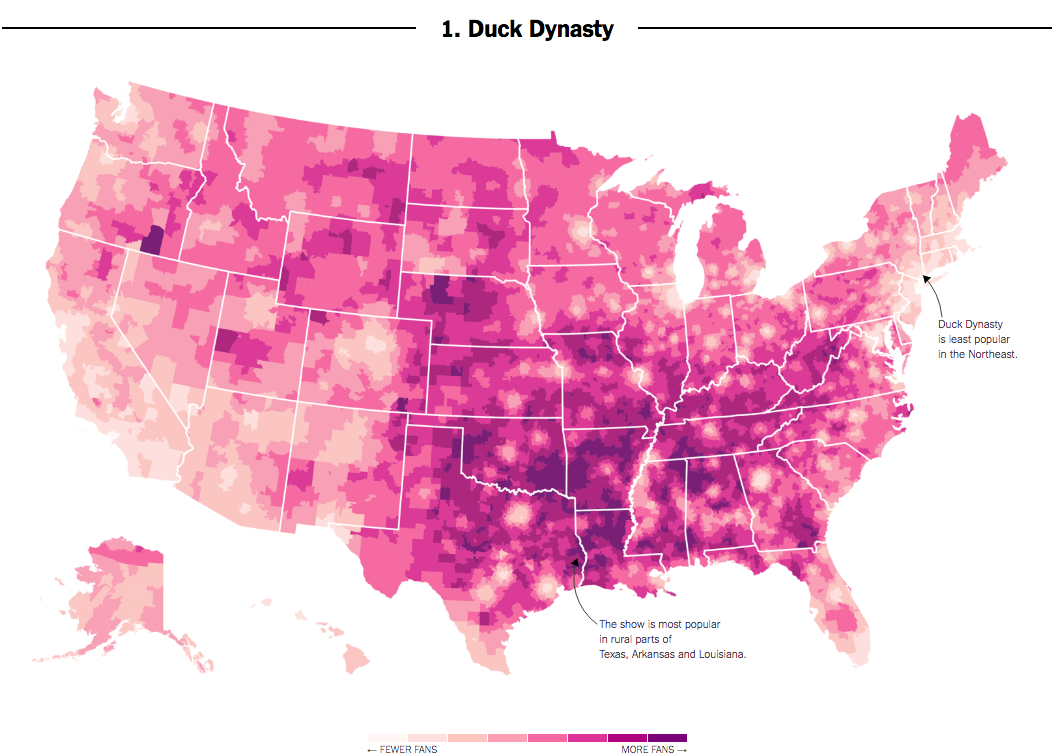 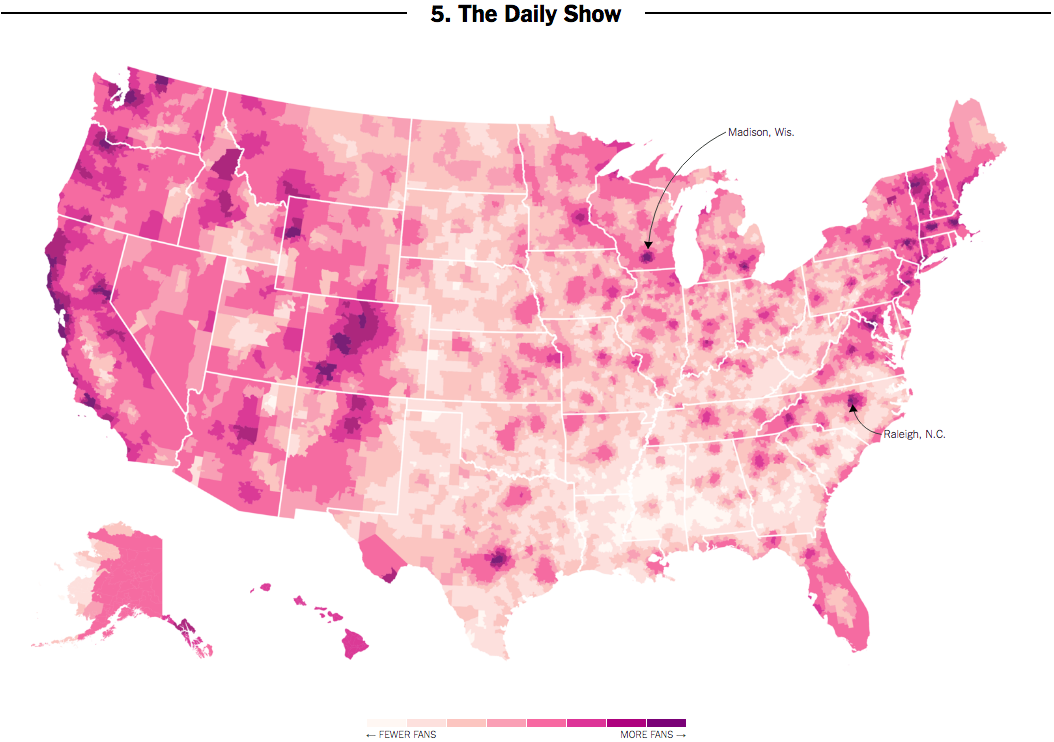 And here’s the margin of lead of either Trump and Clinton; the Trump +-margin map follows the popularity of “Duck Dynasty” nicely, even up to Maine. 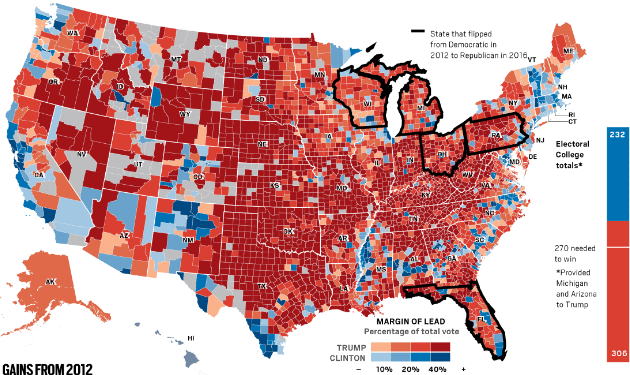 And, I guess based on my location, the NYT told me what’s popular and not popular in Chicago. (I don’t know what “It’s always sunny in Philadelphia” is about.) It also compared Chicago’s tastes to other places in the U.S, with the expected results. 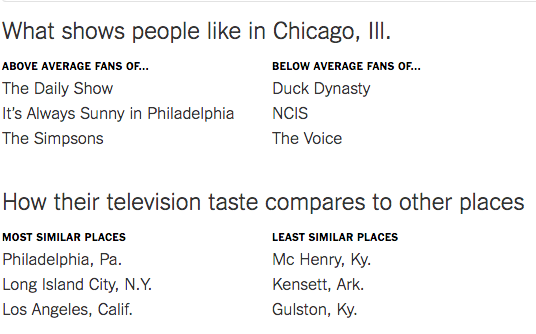 There are 48 other maps on the NYT site, so go see who shares your tastes in television.