From : LoveMeow we have an awesome calico named Lilly, adopted in New Jersey, who has a pair of eyebrows that make her look, well, we’ll let our Official Animal Anthropomorphizer, Diana MacPherson, tell her what that expression resembles.

(See more photos of Lilly at her Instagram site) 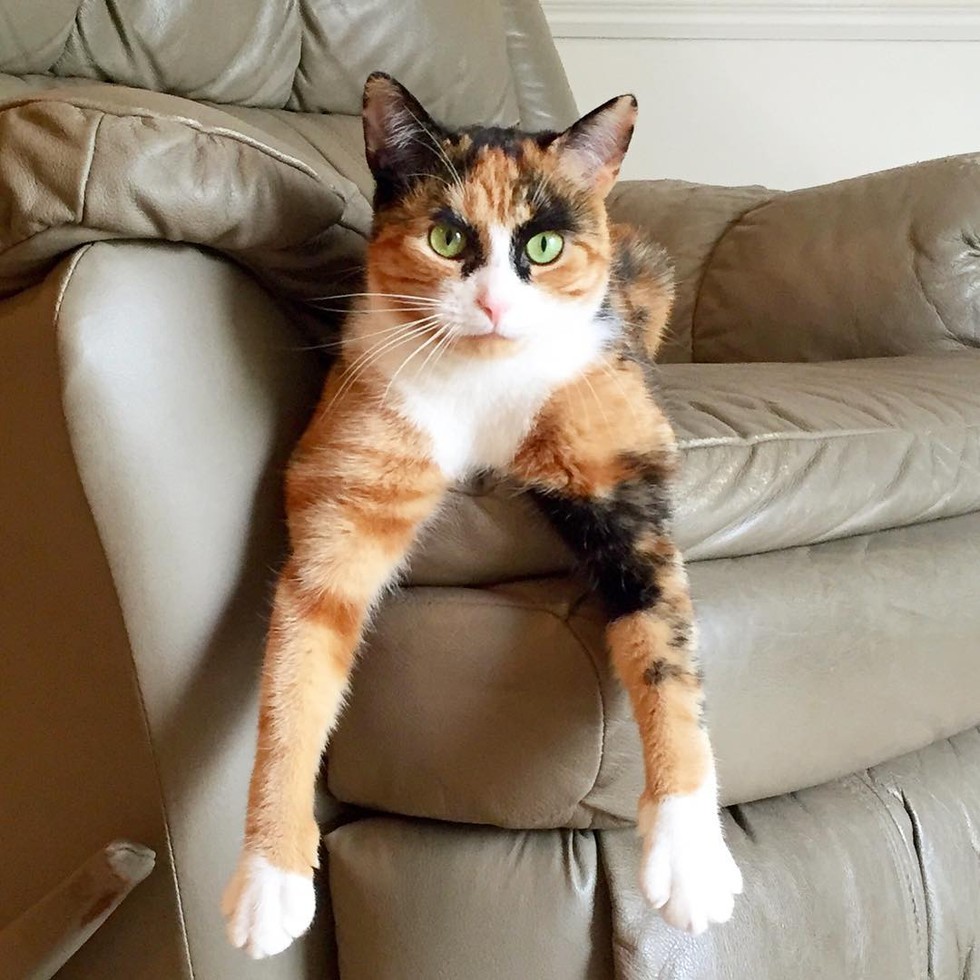 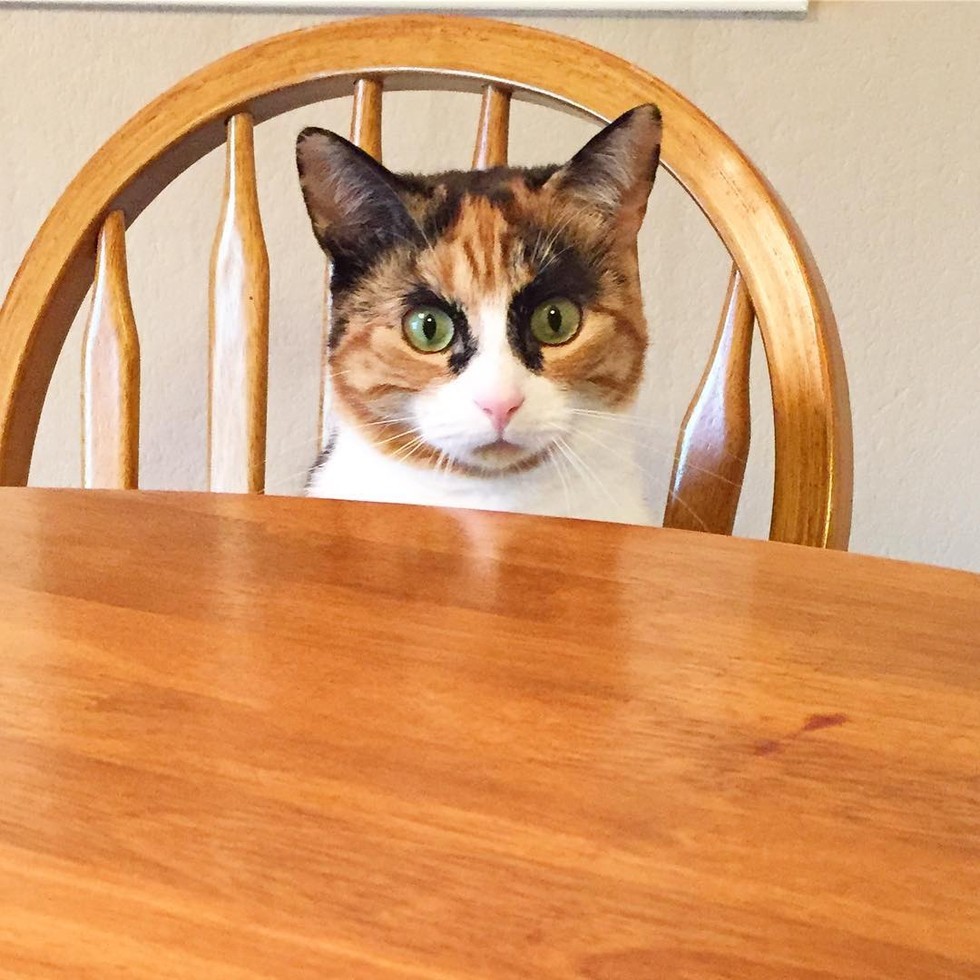 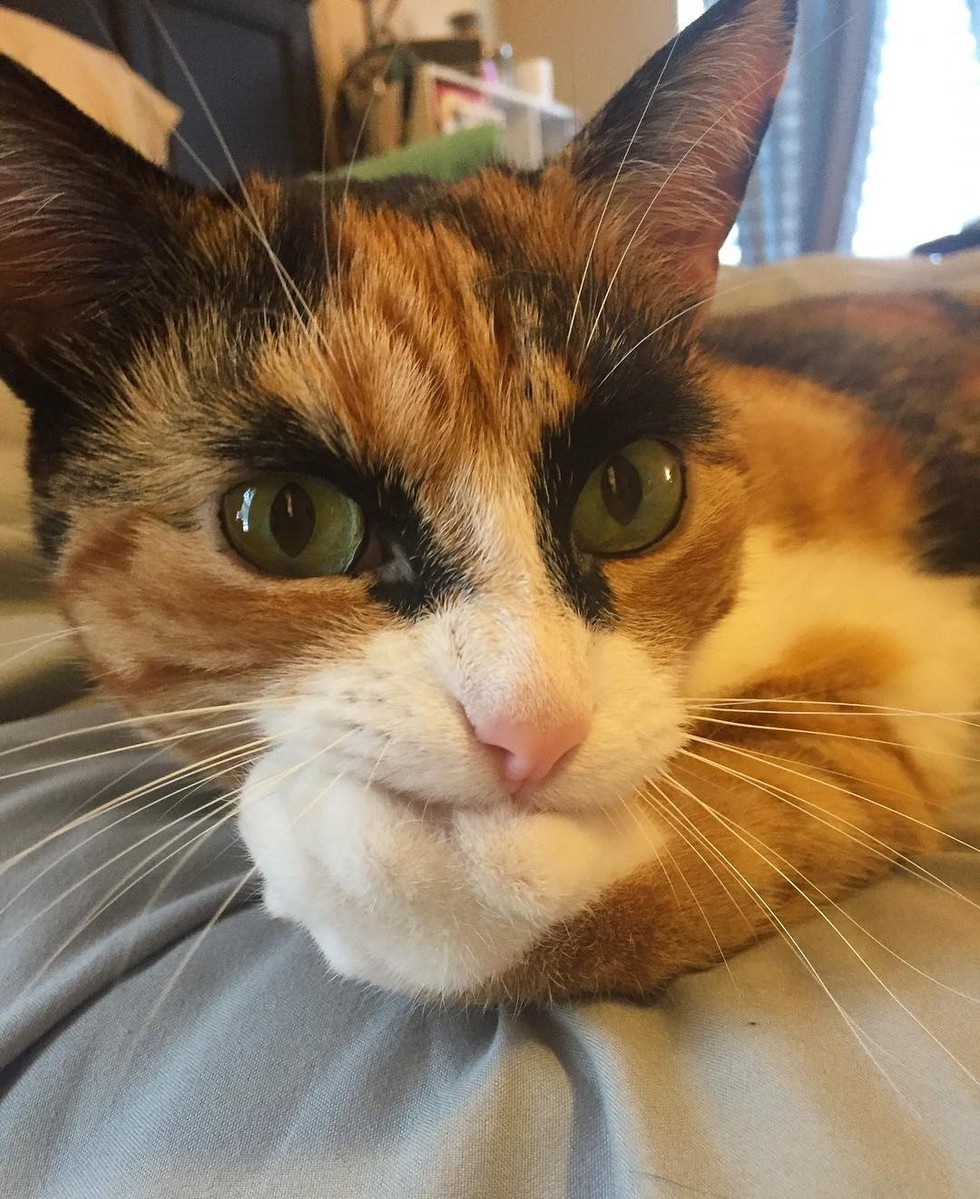 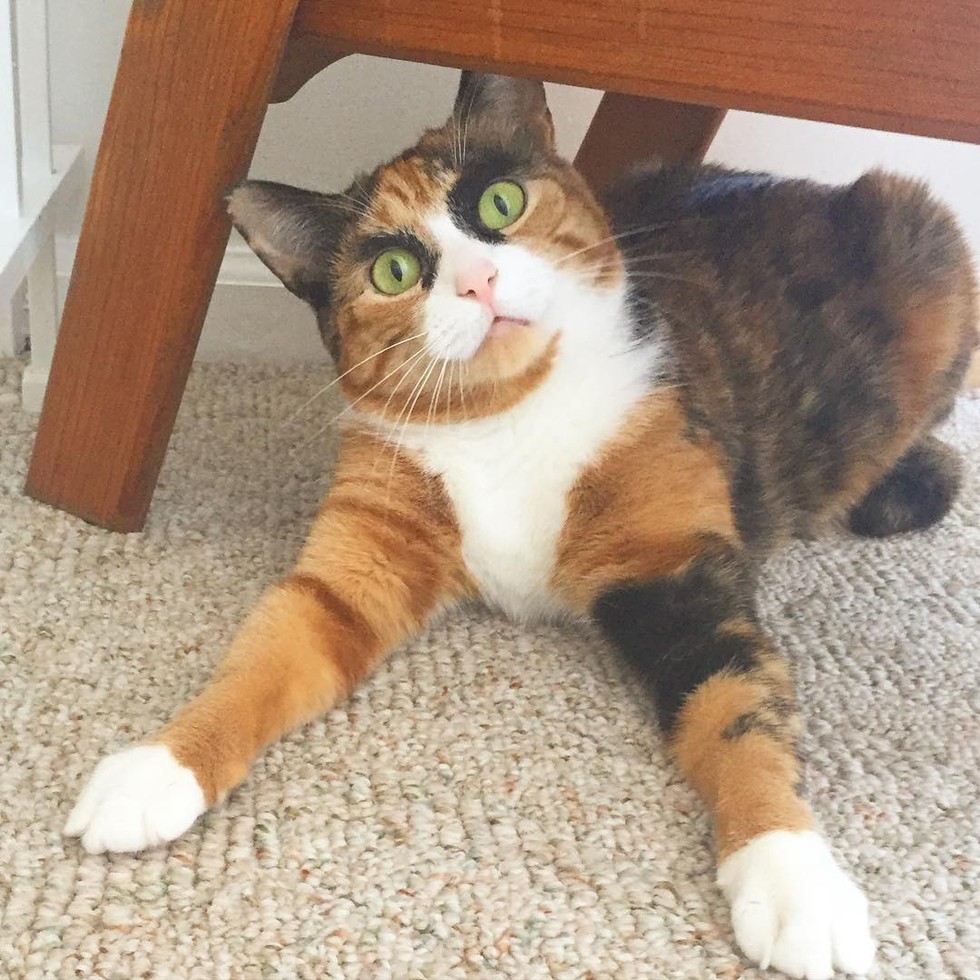 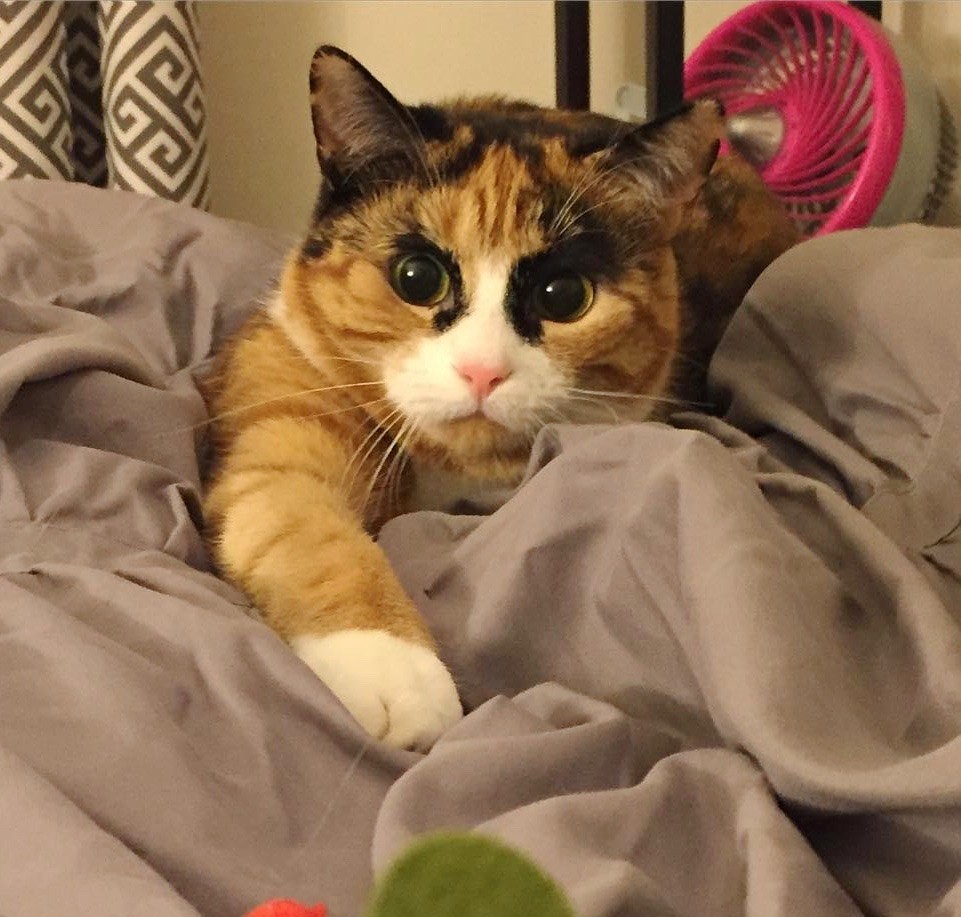 Here’s a heartwarmer (and I may well have posted this before, but we can’t hear it too often). As FuzzFix (and other sites) reports, Justin Walz, an American soldier stationed in Romania, was adopted by a lovely tuxedo cat. As the site notes:

One day the tiny black and white cat stepped out of the bushes while Walz was walking with his soldier friends.

He picked up the friendly feline and gave him a stroke then put him down.

But this cat was not about to give up that easily. 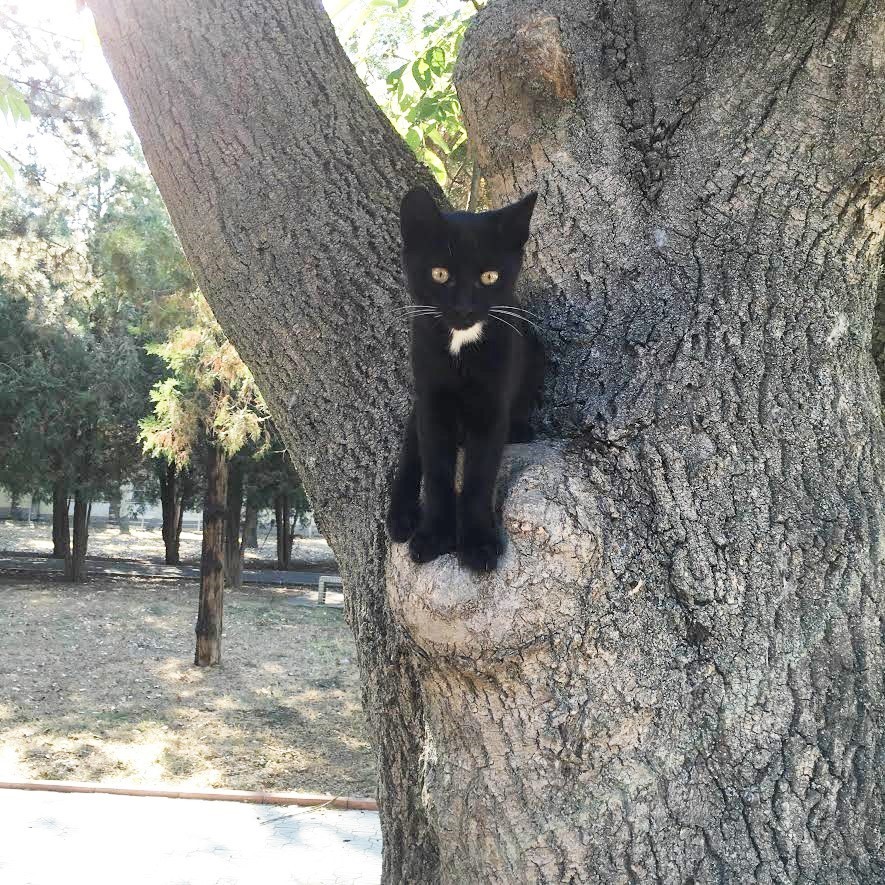 When soldier Walz woke up early the next morning, the little cat was sitting and waiting outside for him.

“He was there when we woke up, got home from work, and before I went to bed,” Walz explained. “He always tried to walk in after people though. He truly wanted to be an indoor cat.”

This wasn’t the last Walz saw of his new shadow, he even found the moggy curled up in his combat helmet. 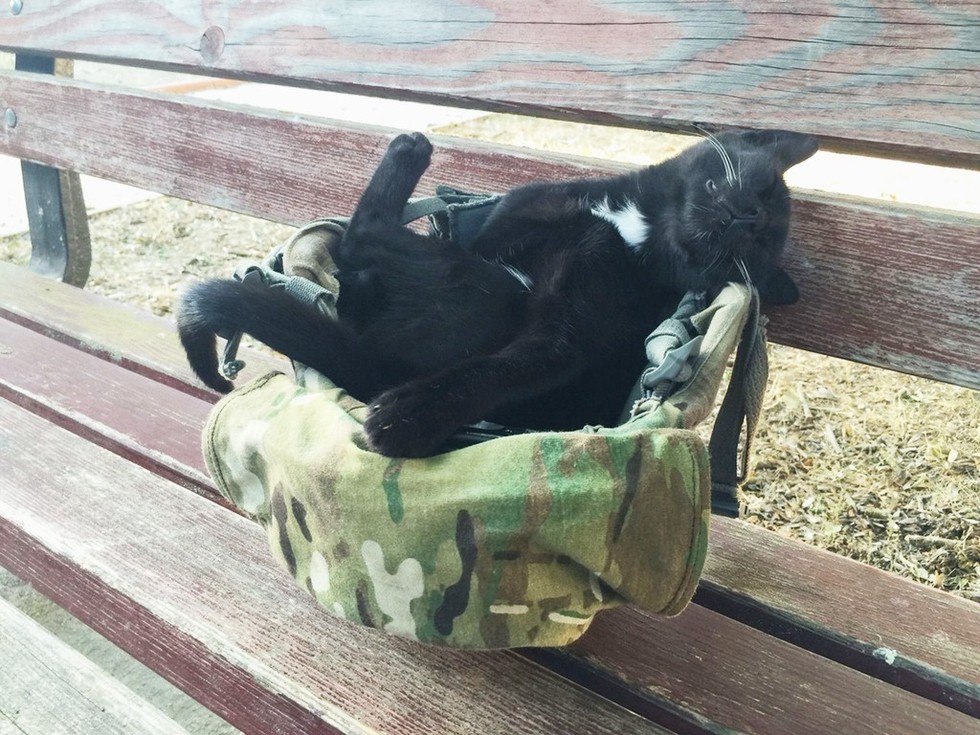 The cat needed specific medications and paperwork to be able to leave the country, so Walz set up a GoFundMe Account and shared it across social media with the message of: Let me bring this cat home.

“I wanted to bring him home because Salem brought me and many other soldiers a comfort from home,” Walz says. “The least I can do is give him a place to live and a family.” 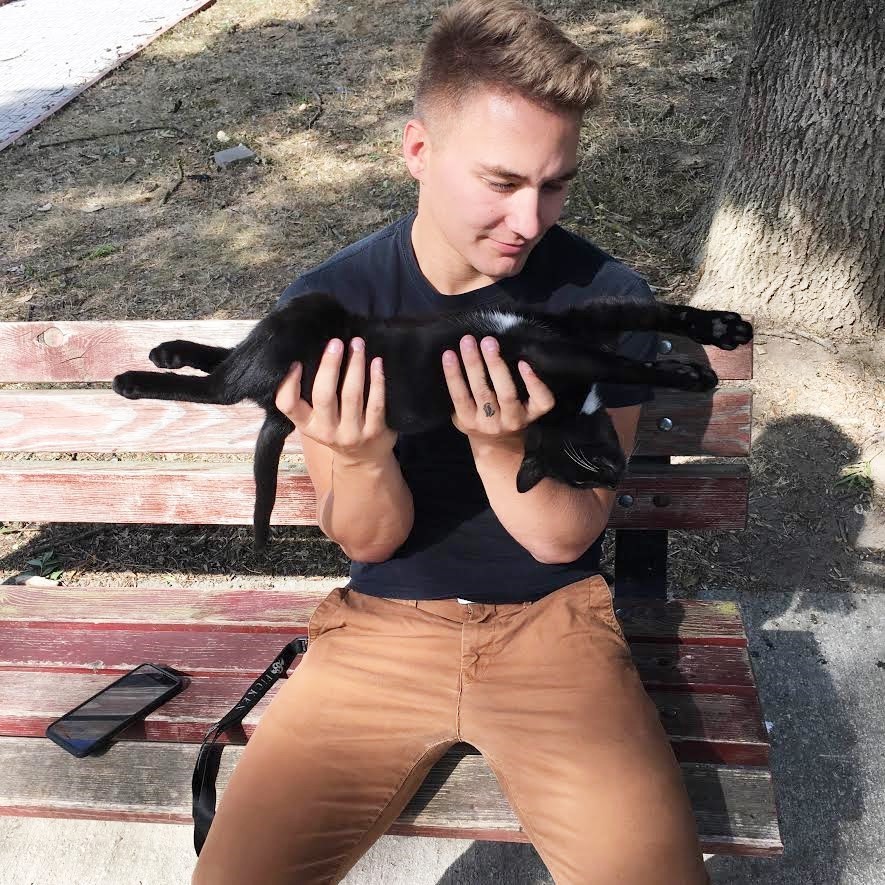 To make a longer story shorter, Walz easily raised the money (over $4000), got Salem the medications and paperwork he need in Romania, and in a few days Salem will be heading back to Texas.  A happy ending, but think of all the other Romanian cats who are still there, having a tough life.

The BBC reports that a gray female cat named Flo made a 45-mile trip in England clinging to the roof of its owner’s van. Apparently the moggie wedged itself underneath the roof rack:

Matt Haine was commuting from his home in Warminster, Wiltshire to Weston-super-Mare, Somerset when he heard a cat on the roof of his white Transit.

He said: “I pulled up and it just slid down the windscreen – so slowly – I saw the tail then the back legs and all of a sudden these big eyes looking at me.”

It was only after he called his wife at home that he realised the windswept feline was the family’s own cat Flo. 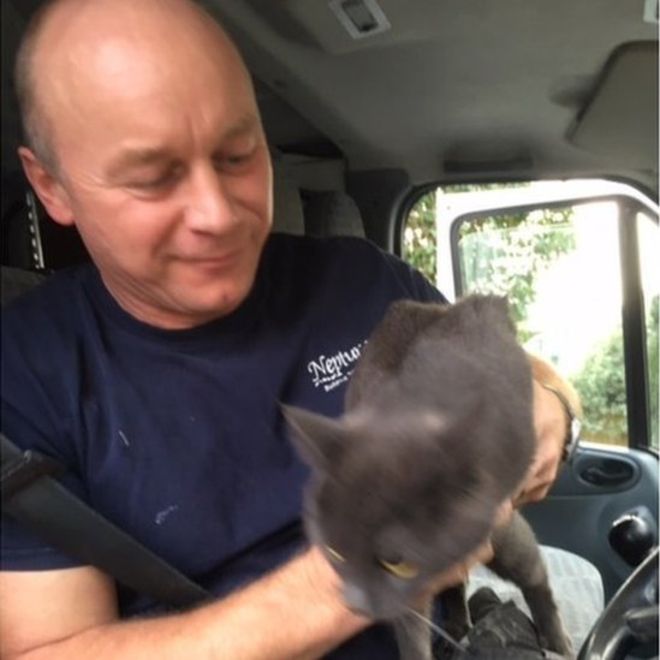 Mr Haine, said he had just arrived at the seaside resort – after a 70 minute drive – when he saw the “silhouette of a cat walking along the top of the roof”.

“All of a sudden it just slid down the roof and I’m look at it and I’m thinking is that Flo?” he said.

. . . For the return journey, Mr Haine strapped the young animal in the passenger seat and now says he checks his van over every morning before he leaves.

“She’s not been on there lately mind – she’s learnt her lesson,” he said.

“I don’t think she wants to come back again in a hurry.”