Here’s Pivit’s latest elecdtion forecast, with a map and their notes. Note the “92.8% chance of Democratic victory.”

Shown below is a forecast for the Electoral Map in the 2016 Presidential election between Republican Donald Trump and Democrat Hillary Clinton. The prediction is updated daily, between now and election day (Tuesday, November 8).

This forecast is based on data from the Pivit prediction market. Hover over a state to see the individual probability for that state, as well as changes in Electoral College power for that state due to the 2010 census. [JAC: Go to origin site if you want to hover] 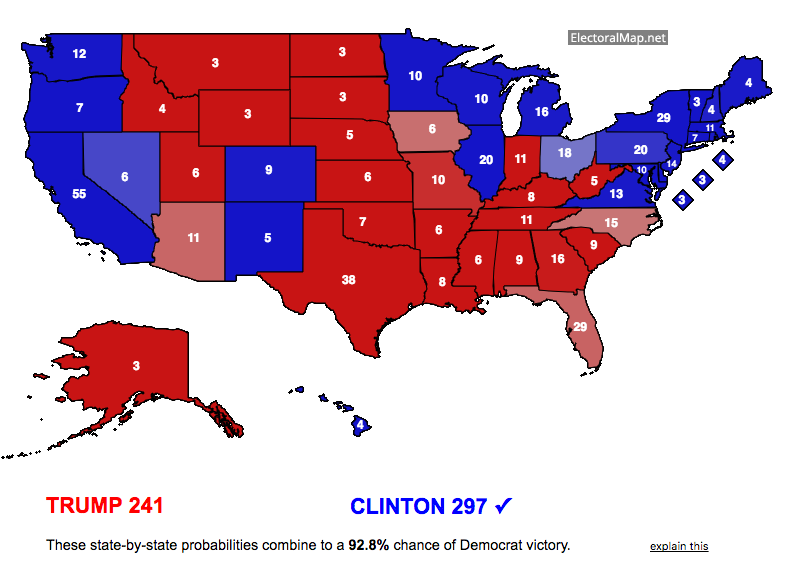 And from the reliable site FiveThirtyEight:

Okay, can we please stop filling Facebook with Trump stuff now? He’s already lost. If you think otherwise, bet me!