Under duress, since Grania told me that this was one of the most influential works of Christian apologetics of our time, I am reading C. S. Lewis’s Mere Christianity. One of the reasons for its popularity, of course, was that Lewis wrote in a simple and straightforward fashion, addressing his arguments to the public rather than other theologians.

I suppose it’s not considered One of the Best Arguments for God, nor is it Sophisticated Theology™, but it surely brought more people to God, and strengthened the Christian faith of others, than all the torturous lucubrations of Plantinga, Haught, Feser, and William Lane Craig combined.

I was told it was an easy read. I was told I could finish it in one night (it’s 177 pages). But I find I can’t read more than 20-30 pages in one go, as it nauseates me. The writing is clear, of course, but the man is so painfully sincere, so blissfully unaware of counterarguments, and above all so insane to embrace this piffle as an Oxford don, that I want to throw the book across the room. I have to stop after a while. It’s a great waste of intelligence.

Still, I shall persist. And then I’m done with theology. 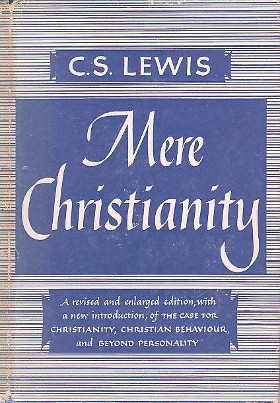 p.s. I am also reading The Rise and Fall of the Third Reich, which is far more engrossing.