Ten days ago I pointed you to a post on Birding Beijing in which Terry Townshend and his partner Marie Ng were lucky enough to see and take videos of the rare Pallas’s cat—on Terry’s birthday, too!

Well, the guy is having a run of good luck, because his latest post describes an encounter in China’s Qinghai Province with not one, but two snow leopards (Panthera uncia, also known as the “ounce”)—and only six days after the Pallas Encounter.

Terry has a two-minute video distilled from the two hours he watched these beautiful cats, and also some swell photos. To see the post, click on the link above or on the screenshot below. The video is midway through the post. 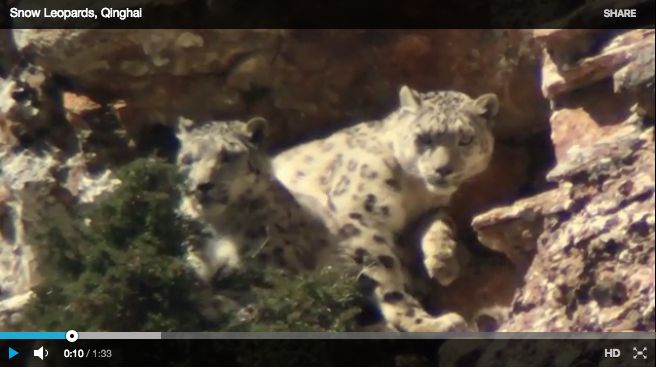 If I were religious, I’d say this guy is blessed. But being a naturalist, all I can say is that the laws of physics favored him over me.